We’re in total shock after Marvel’s massive Hall H panel that revealed a whole new slate of movies and cast members—even a new Blade in Mahershala Ali. What shocked us the most was Kevin Feige finally suggesting that Marvel’s First Family, the Fantastic Four, would be coming to the MCU. Though it’ll be a while until this project comes to life, we’ve got some ideas about just who should bring the iconic superheroes to the big screen. 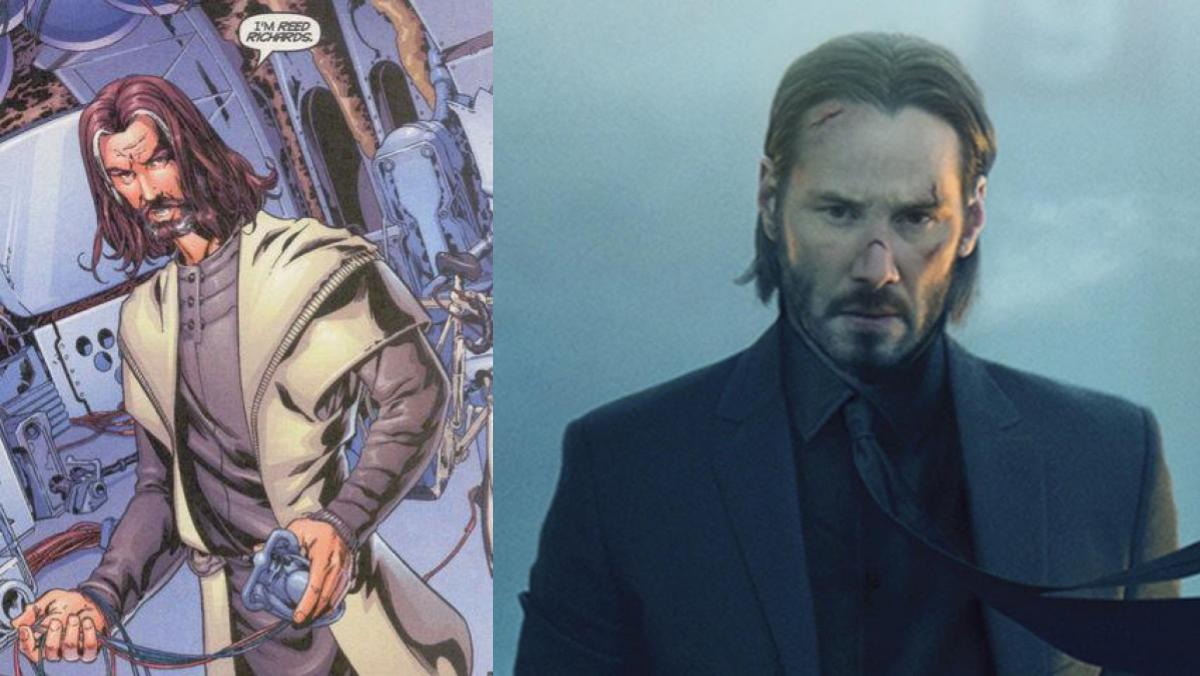 This is a no-brainer for us. Though Keanu might not be a mirror image of the Reed Richards that fans know from the comic book, we think that the actor could craft a very special version of the man who was once the smartest in the Marvel Universe. Reeves would not only be a huge get for Marvel Studios, but also has both the talents as a leading man and action star needed to bring Reed to life. In this iteration, we’d like to see Reed and Sue struggling and trapped in the Negative Zone trying to escape the alt-dimension, which could see them end up in the main MCU continuity. Reeves would be awesome as a distant Reed, lost in his work and devastated by his inability to solve the mystery of the horrific situation that he and Sue find themselves in. 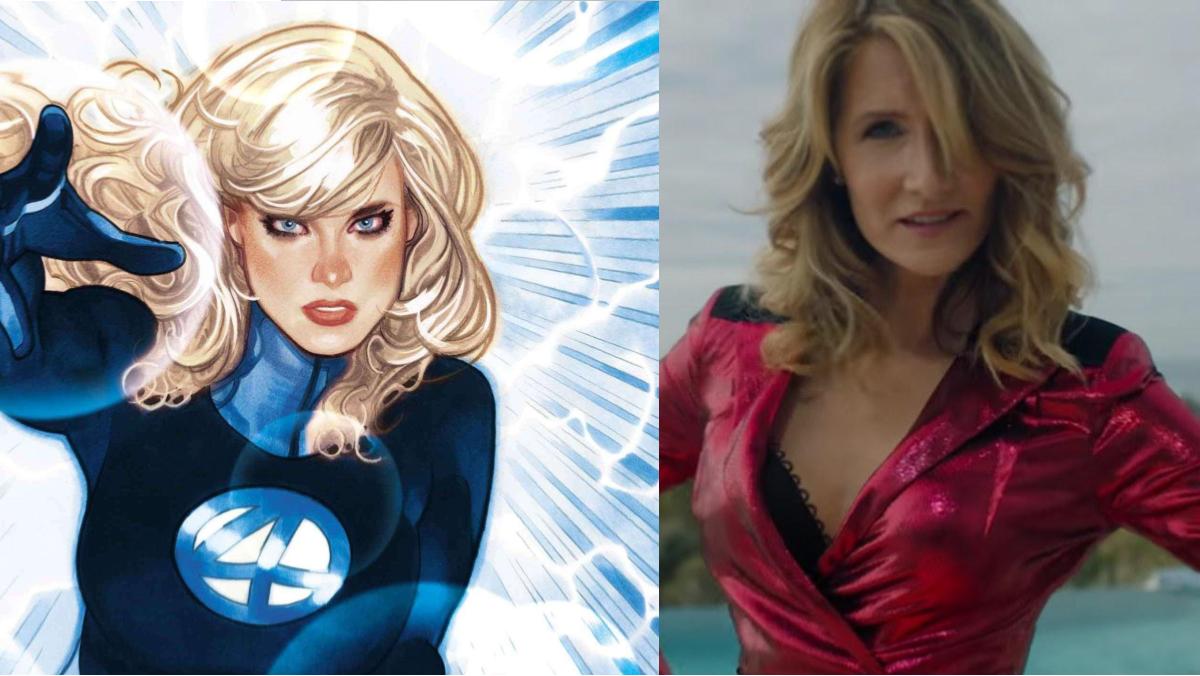 Though she has dipped her toes into the world of sci-fi heroism with her role as Vice Admiral Amilyn Holdo in Star Wars: The Last Jedi, Laura Dern has yet to take on a bona fide superhero role. Well, that’s lucky for fans of the Fantastic Four everywhere, as Dern is clearly an ace choice to play one of Marvel’s most famous heroes: Sue Storm! The Invisible Woman has long been one of the most underrated, underappreciated, and underwritten Marvel heroines, and putting an award-winning actress like Dern in the iconic blue suit is the perfect way to change that. Not only would she be a wonderful foil and screen partner for Keanu Reeves, but she could bring a much-needed complexity to Sue and her journey. If the MCU does right by Sue and Reed then they could be the heart of a new era for the Marvel Cinematic Universe. 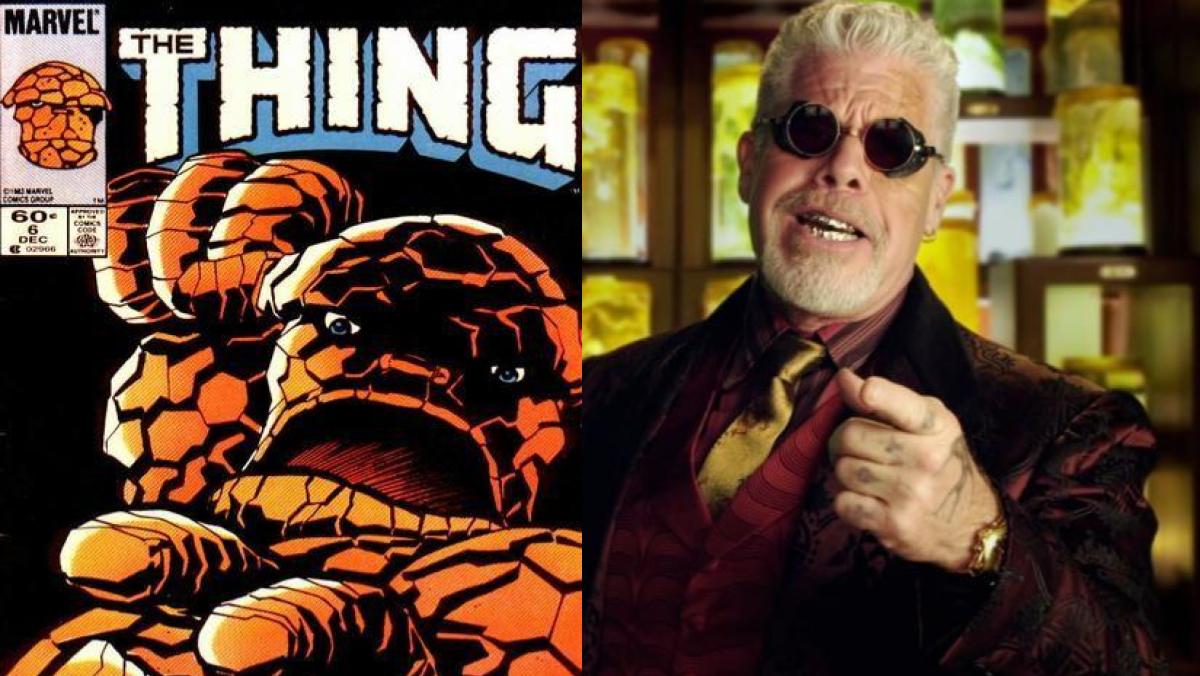 Can’t believe this hasn’t already happened yet, but as soon as you see it you realize it’s a match made in heaven. Perlman is not only Jewish and from New York, which are both key parts of Ben’s history and character, but he’s also a monster movie icon. With his work on Hellboy and multiple other massive special effects movies, he’s a perfect choice. And can you imagine the voice? This would be a great way to bring a new iteration of the classic Yancy Street hero to the screens whilst still keeping everything that makes the character—the cranky but goodhearted soul of the Fantastic Four—special. 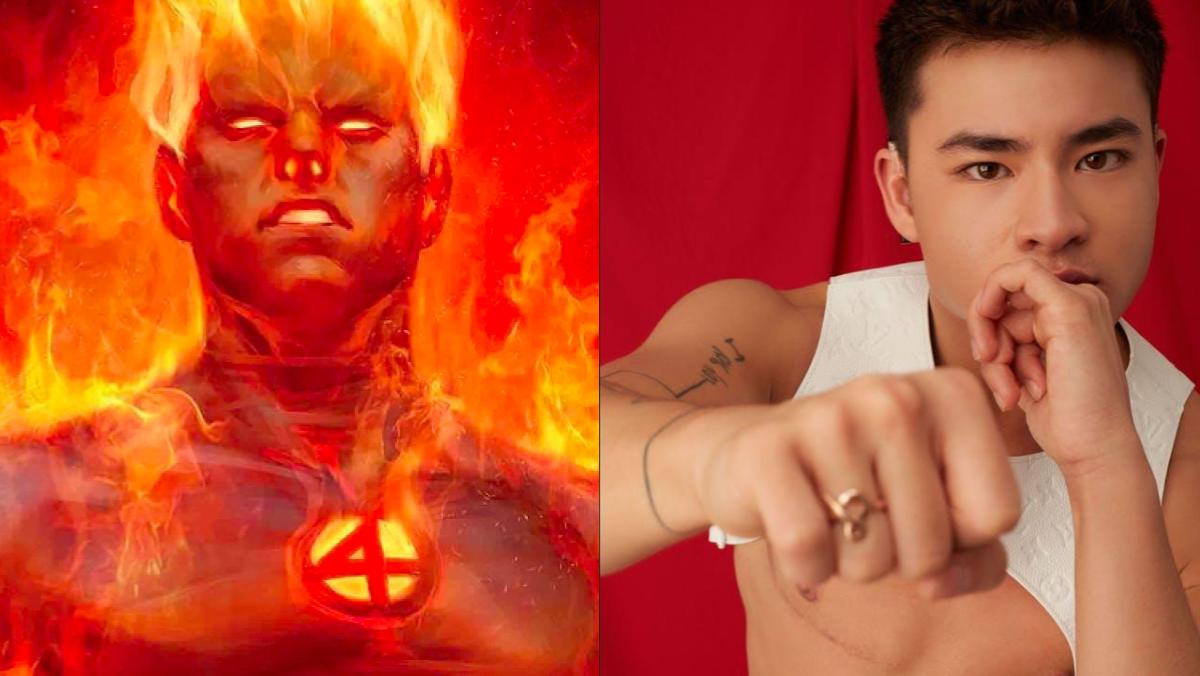 The Human Torch needs charm, looks, and fans by the bucket load, and Titans’ Chella Man has all three. Man is about to make his debut as Jericho on the DC Universe show, but that doesn’t mean there’s not a chance that he could double up on his comic book character acting. Chella would make the perfect Johnny Storm and an even better Human Torch. We need more deaf actors in superhero movies and we’d love to see Chella’s take on the playboy rogue of the Fantastic Four. There’s nothing to say that Johnny couldn’t be deaf and the smart, super-intelligent, and fiery young hero would make a great starring role for Man as he embarks on the first big roles of his Hollywood career. 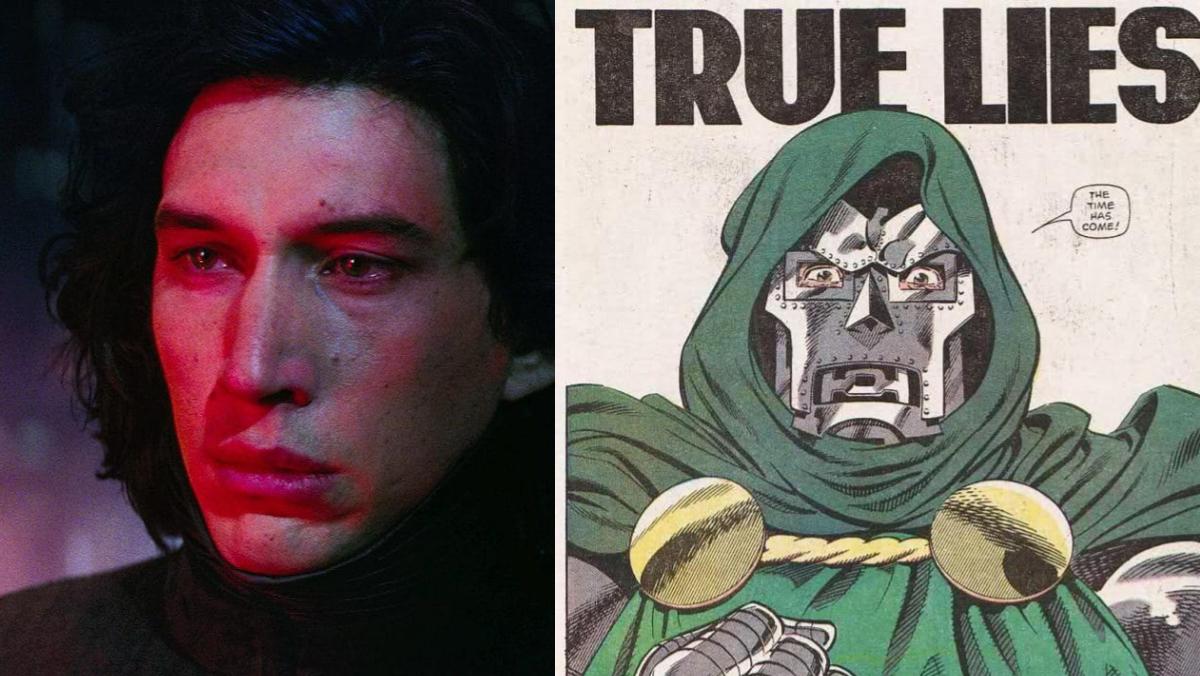 There is no Fantastic Four without their most notorious villain, Doctor Doom. Though it would be perfect for the MCU to introduce the Four and Victor Von Doom with a solo Doom movie, that’s probably unlikely. And no matter how he first appears, we have a good plan for who should be behind his iconic mask. Adam Driver has already bought gravitas and grace to one of the most famous contemporary villains in Kylo Ren, and this would be a perfect chance for him to showcase his serious acting chops once again. Doom doesn’t have the childish rage of Ren but they do share a vanity and pride as well as a connection to the lighter side of life that often betrays their villainous ways. We know that Disney isn’t afraid to double cast their big stars and we think that Driver would make a brilliant Doom. As for the age difference between him and Reeves, perhaps this time around Victor is a student of Reed’s who ends up maimed and superpowered after an experiment gone wrong under the not so watchful eye of Mr. Fantastic. 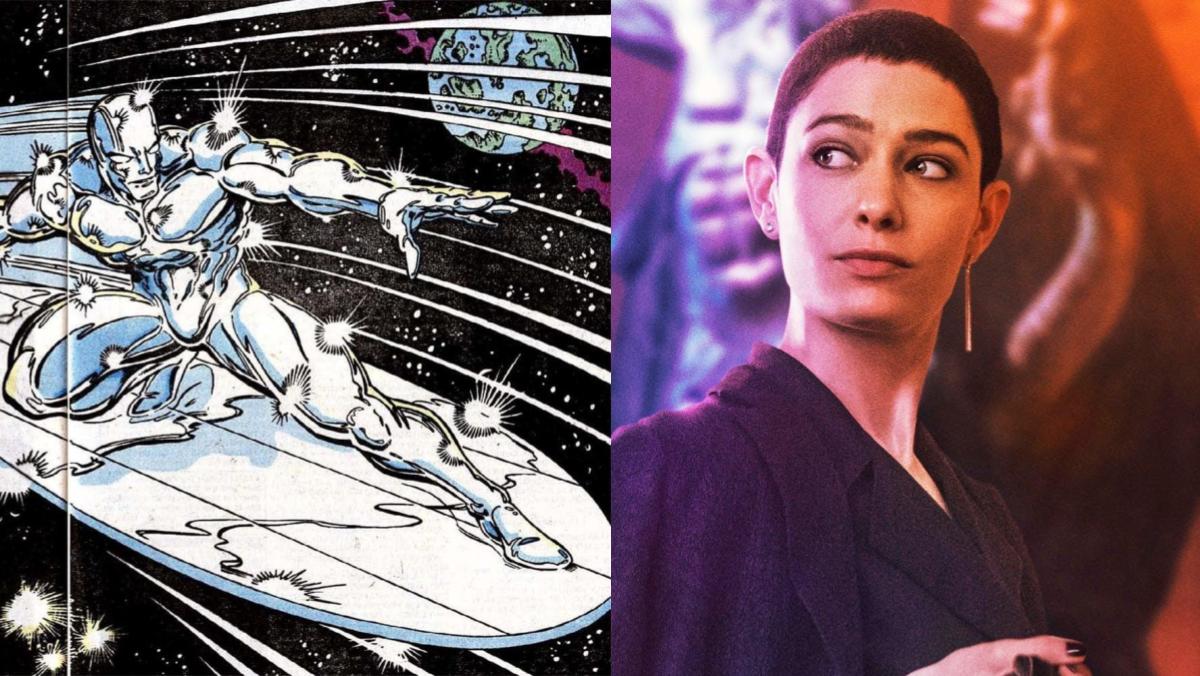 Norrin Radd is almost as vital to the lore of Marvel’s First Family as their big bad, and we think we’ve found the perfect person to play the Herald of Galactus. Asia Kate Dillon has showcased their ability to create nuanced, complex, and terrifying characters with roles in Billions and John Wick 3. Dillon would bring a severity and seriousness to the Silver Surfer that fits perfectly with the character’s extensive canon, as well as a humanity to any exploration of their life pre-Galactus. Norrin Radd was a curious young explorer desperate to leave the constraints of his utopian home planet of Zenn-La. When Norin discovered that Galactus was on his way to devour his home, he offered himself up as a seeker of sorts, finding other planets for the omnipotent snacker to eat. We’d love to see Dillon take on the unusual role and bring their unique talents to building out the life of Norrin Radd. 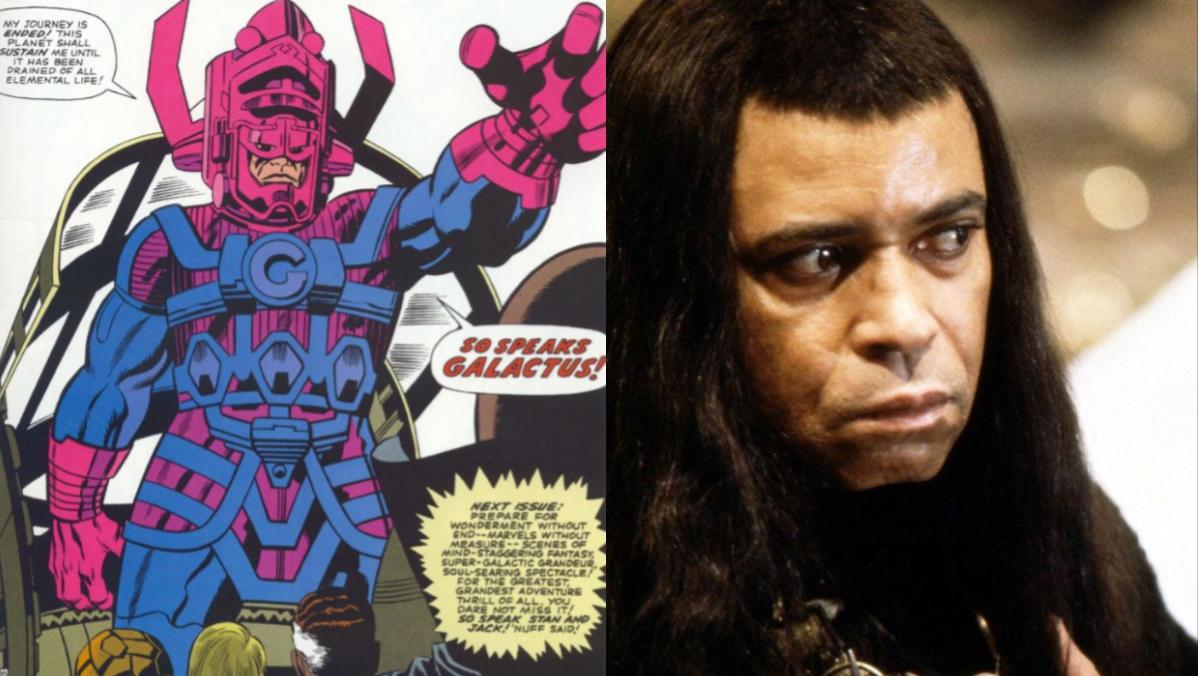 Despite the fact we would love to see a truly practical Galactus, the reality is that the planet eater will probably be brought to life using state of the art CG. The best thing about that process is the fact that you can utilize an astoundingly talented voice actor like James Earl Jones to bring the character to life. Galactus needs to have thespian gravitas when he announces that he’s here to munch on your delectable homeworld, and Jones is a perfect choice. His extensive career has seen him bring to life both iconic villains like Thulsa Doom and heroes like The Lion King‘s Mufasa, and Galactus would be another potentially career-defining performance. Think Orson Welles as Unicron in The Transformers Movie and you’re halfway to what we’re thinking when it comes to James Earl Jones killing it as Galactus. 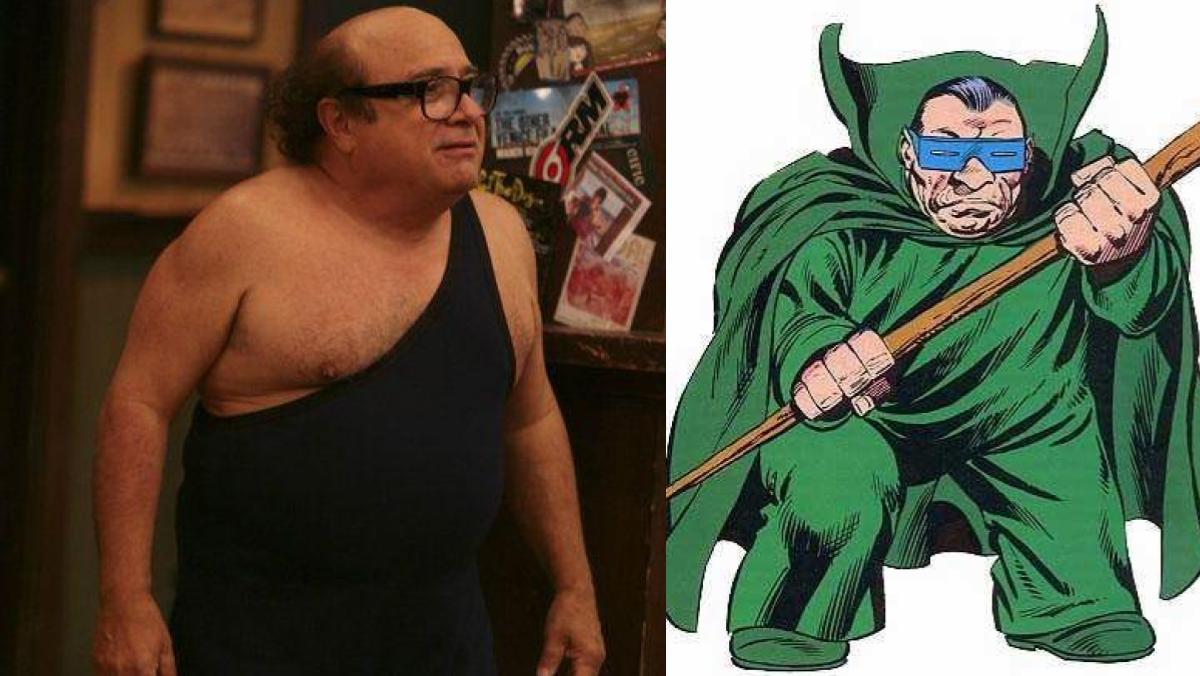 This seems like the most sensible and obvious casting of all time. DeVito taking on the role of one of the Fantastic Four’s original antagonists makes a whole bunch of sense and would bring humor, silliness, and instantly memeability to what would otherwise likely be a pretty serious flick. Fans have long wanted to find a spot for DeVito in the MCU and to us, this seems like the perfect role. Mole Man is known for his epic schemes and crackpot theories about a Hollow Earth. Imagine DeVito as a conspiracy nut ruling an underground lair filled with his mole human hybrids, just waiting to take over the surface world and defeat the FF forever. Perfection. 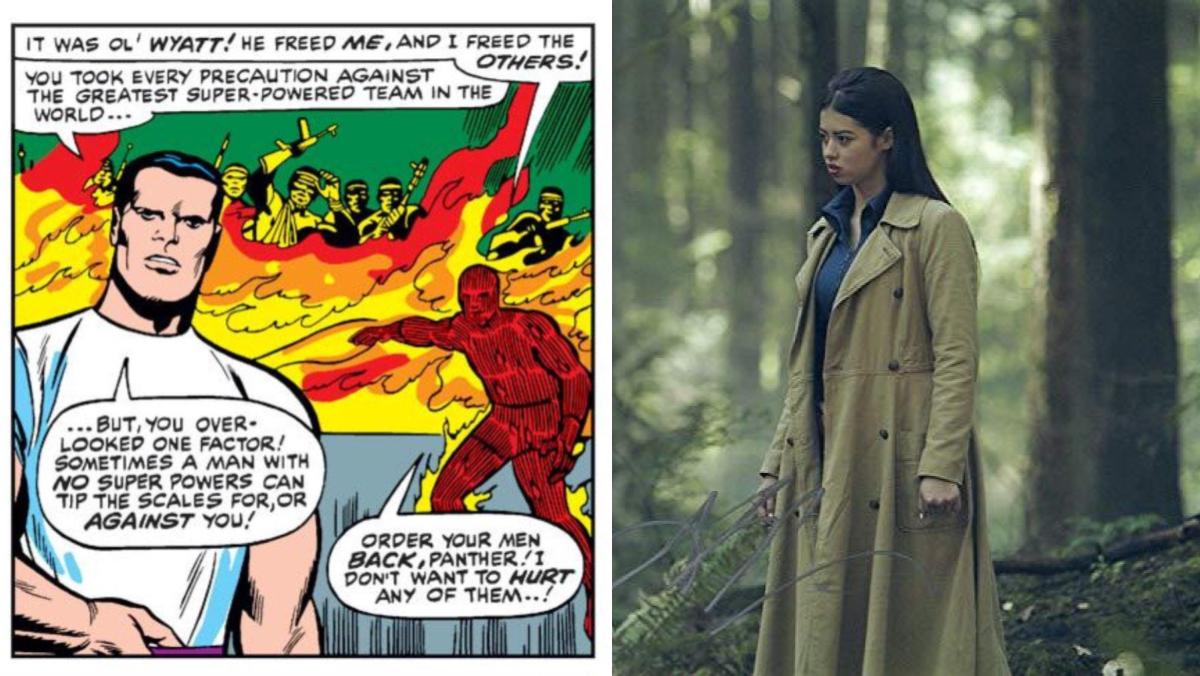 In some of the older Fantastic Four comics, Johnny was often joined by his best bud Wyatt Wingfoot. One of the rare indigenous comics characters in Marvel’s long history, Wyatt was a key part of Johnny’s life and even joined the Four on multiple adventures. Legion’s Amber Midthunder would make for a brilliant reimagining of the character who has comic book connections to Doom, Black Panther, and has at times even been in a relationship with She-Hulk. In the comics, the pair met in college, and we’d love to see Wyatt and Johnny for the first time on screen. It’d be especially fun to see the younger heroes play off the older iterations of Reed, Sue, and Ben as they battle Doom and possibly even Galactus.