Dog Who Hates Snowmen Destroys Them in Delightful Montage - Nerdist

Dog Who Hates Snowmen Destroys Them in Delightful Montage

Lots of people hate the snow. I, a lifelong New Englander, am one of those people. But despite my dislike of the fluffy white stuff, I can’t say I have any issues with snowmen. They’re often one of the best things about a bad (and cold) situation. And who doesn’t love Frosty?! Well, it turns out the answer is one specific dog. While it might sound weird to hear a yellow lab has an intense loathing for snowmen, watching her destroy them is nothing but pure joy.

With parts of the country experiencing something far worse than just a deep freeze, the internet has dug up an old video (which we first saw, fittingly, at Digg). It serves as a pleasant reminder (and distraction) that not everything about winter has to be terrible. Like a pup who goes after any snowman it sees as though the icy thing is threatening her family. And honestly, that’s underselling this dog’s distaste for those frozen mascots.

First posted by The Dodo in 2019, this video’s obvious charm is timeless. As is the very good dog with the burning desire to annihilate snow people. Because this isn’t the first time Stella has made us smile with her outdoor antics. She’s a pup for all seasons. Back in 2018, she brought us endless joy with her proclivity for running full speed into piles of leaves. There’s clearly something about fresh air that suits Stella’s sensibilities for destruction. But, you know, the good kind of destruction that makes us happy. 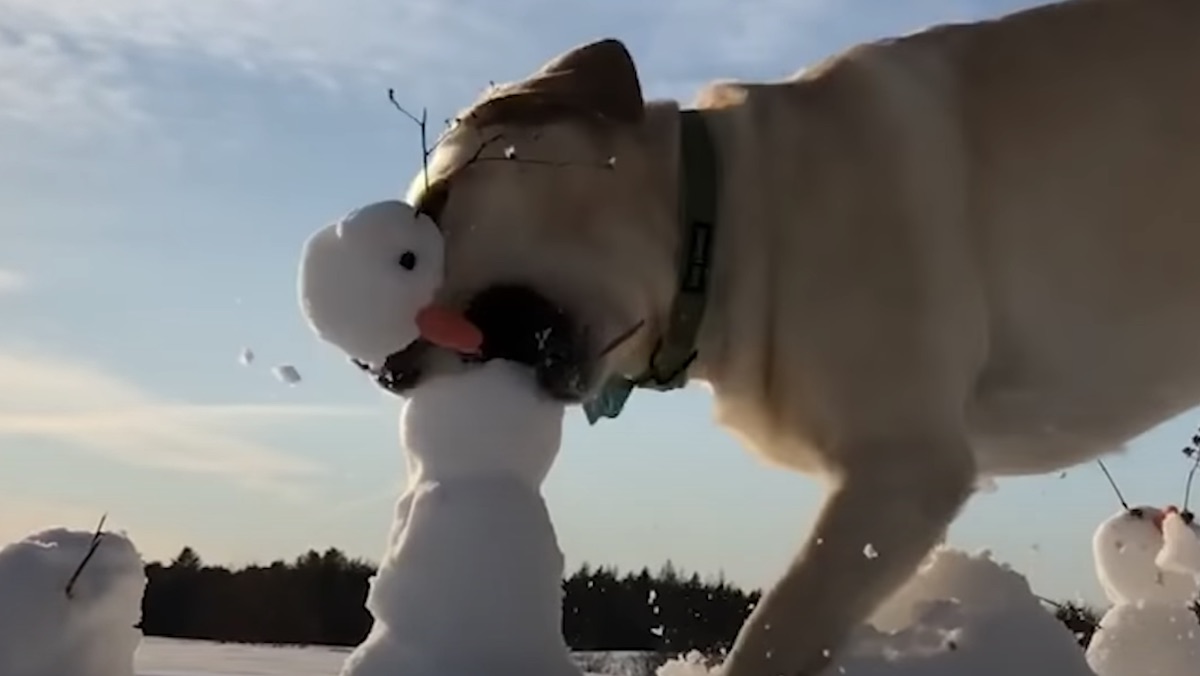 Running into leaves makes sense in a way biting the head off a snowman doesn’t, at least on the surface. When you think about it though, Stella’s distrust of winter’s scarecrows starts to fall into place like snow on the ground. She is man’s best friend. And people are warm and give her food. Snowmen are cold and never hand out treats.

Because while they might be one of the best parts of winter, Stella understands something inherently true about snowmen: it’s better when they’re not around.