Almost a year ago, the Marvel Cinematic Universe closed the book on its “Infinity Saga,” defeating the threat of Thanos—and ending the story for some of the franchise’s most beloved characters. The emotional 3.5 hour film saw the deaths of two mainstay Avengers, Iron Man and Black Widow. But while Tony’s death was seen as meaningful and earned, Black Widow’s death has been met with more controversy, namely due to how she died as well as the failure of recognition she received after making her heroic sacrifice.

In Avengers: Endgame, Natasha meets her end by falling to her death on Vormir, thus fulfilling the rules that must be followed in order to retrieve the Soul Stone. (“You must lose that which you love.”) The moment is proceeded by an emotional and quiet exchange between Black Widow and her best friend/teammate Hawkeye where they both realize that each other wants to be the one to make the sacrifice play, leading them to battle for the right to die. The scene, which only involves the two characters, is not only heavy. It also speaks to their relationship—a relationship that despite being defined by off-screen moments has earned its importance among fans. But an alternate, unused scene shows a very different version of events. While this alternative scene isn’t technically new— it was revealed last year during the debut of Disney+ when Marvel shared some additional Avengers: Endgame content—it has been recently making the rounds on social media thanks to a tweet from a popular Black Widow account and reigniting some of that initial controversy.

The unused cut is vastly different than the one we saw in theaters. Rather than soft emotional beats, it’s a fully-packed action sequence that sees Black Widow and Hawkeye battling some of Thanos’ minions, who have tracked Strike Team: Delta to Vormir and are intent on sabotaging their mission. After some initial fighting, Natasha takes matters into her own hands and runs straight into the fire, getting mortally wounded in the process while Hawkeye continues to fight off their increasingly overwhelming adversaries. Despite her injuries, she manages to pull herself to the edge of the cliff. Then, rather than Clint trying to save her, she lets herself fall. A consensus among social media is that most people wish this scene had been used in the film instead of the one we ended up with, largely because it feels like the focus is centered more on Natasha making a choice to sacrifice herself in a bold, singular move, similar to Tony’s “I am Iron Man” moment. But both scenes are meaningful and demonstrate Natasha’s agency and strength—just in different ways.

The scene used in the film feels like more of a closure to Clint and Natasha’s relationship, which is incredibly important in a film defined by goodbyes. Not only do we get that moving moment where it’s clear just how important they are to each other, their fight is a definitive staple of their characters, paralleling the fight on the helicarrier in Avengers and the airport battle in Captain America: Civil War. It even harkens back to their very first meeting in the comics because at heart, the two Avengers have always been each other’s best and deadliest match. 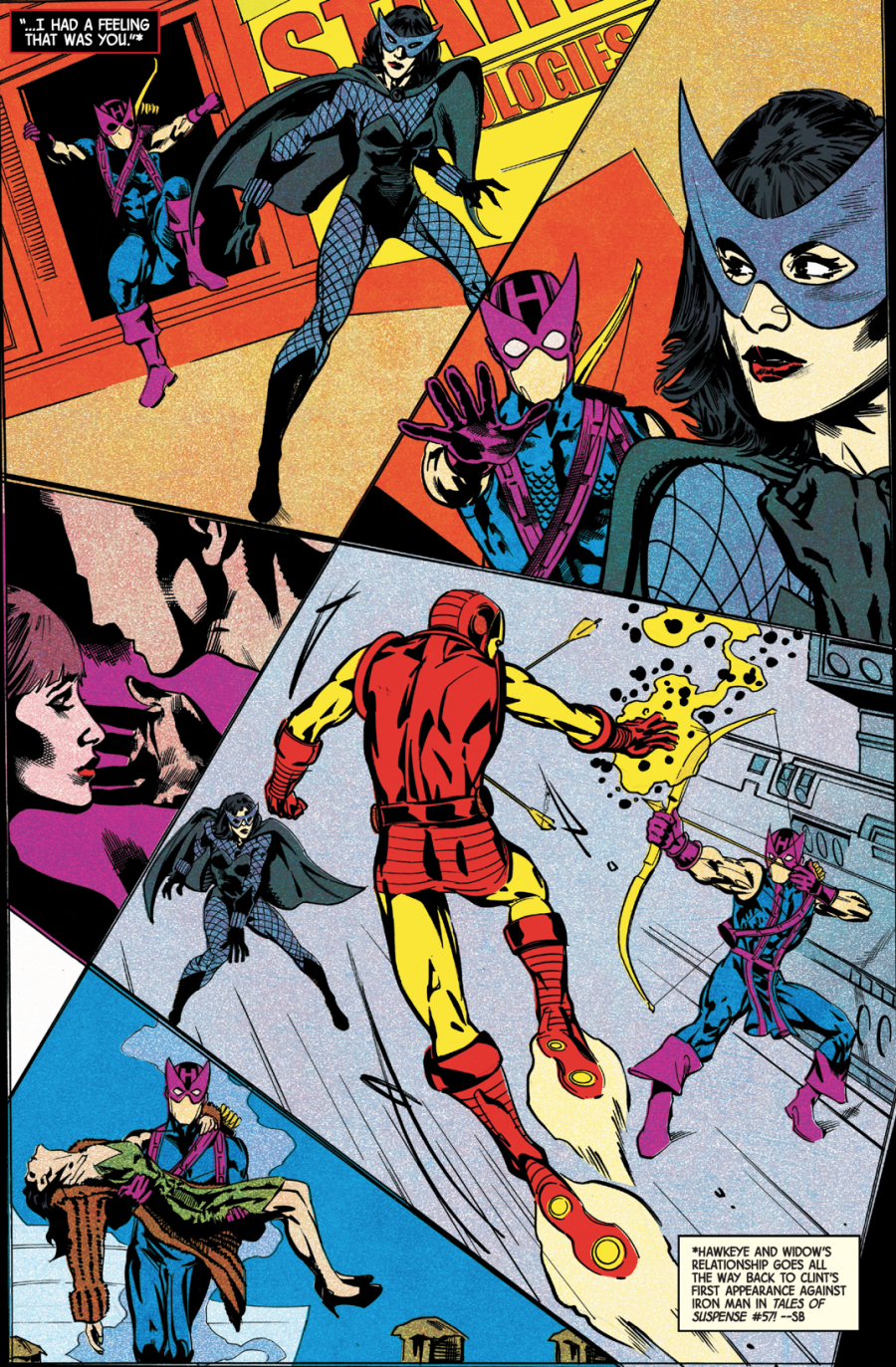 The alternate scene, by contrast, is mostly self-sacrifice driven. One of the most empowering things about Black Widow is that she’s always existed as a character without powers among a group of Gods and super soldiers, so seeing her hold her own in these final moments using just guns and hand-to-hand combat drives home how incredibly smart and powerful the character is. We do get a weighted look between the two characters before Natasha leaps to her death (Scarlett Johansson and Jeremy Renner have always been excellent when it comes to selling their on-screen chemistry and this moment, even in the middle of chaos, is no different) and it’s clear how painful and hard the decision is. But because the nature of the scene has the characters separated, it forces the focus towards Natasha during her moment of sacrifice.

In an interview with Entertainment Weekly, Johansson talked about the differences between the two scenes and the choice to use the one that ended up in the film, explaining that “we actually shot the Soul Stone sacrifice several different ways. Originally, we were being pursued by an army of dementor-type of creatures… but what the Russo brothers kept coming up against is gosh, the movie’s so full of all these huge explosive moments, they just miss some sort of intimacy between these two characters. So we ended up reshooting it and really making it just with Nat and Clint and just having it be a very unexpected kind of moment that just left the audience with the weight of that loss. And the shock of it felt very moving and bittersweet.”

No matter which version you prefer, neither scene changes the fact that Natasha Romanoff is a hero. Although many have interpreted Natasha’s death as the character being considered “expendable” because Clint had a by-blood family that he could return to if they reversed Thanos’ snap, the decision was about Natasha knowing she could make the choice as someone who possessed true free will. That’s something both of these scenes clearly show. Instead of focusing on the manner in which she died, we should remember the meaning of her sacrifice: how her choice was a significant and poignant end to her arc, someone who started out in the world alone, who then got “this family”… and who was indeed better because of them.