David Bowie was already a pop art deity long before his untimely passing back in January 2016. But since then, the musician/actor/innovator’s achievements have only risen in their estimation for how truly groundbreaking they actually were. And he’s gone on to gain a whole new generation of fans. Given this fact, it’s somewhat odd that there isn’t currently a Bohemian Rhapsody or Rocketman style bio-pic in the works for Bowie. But it looks like we just might have something cooler than that very soon. 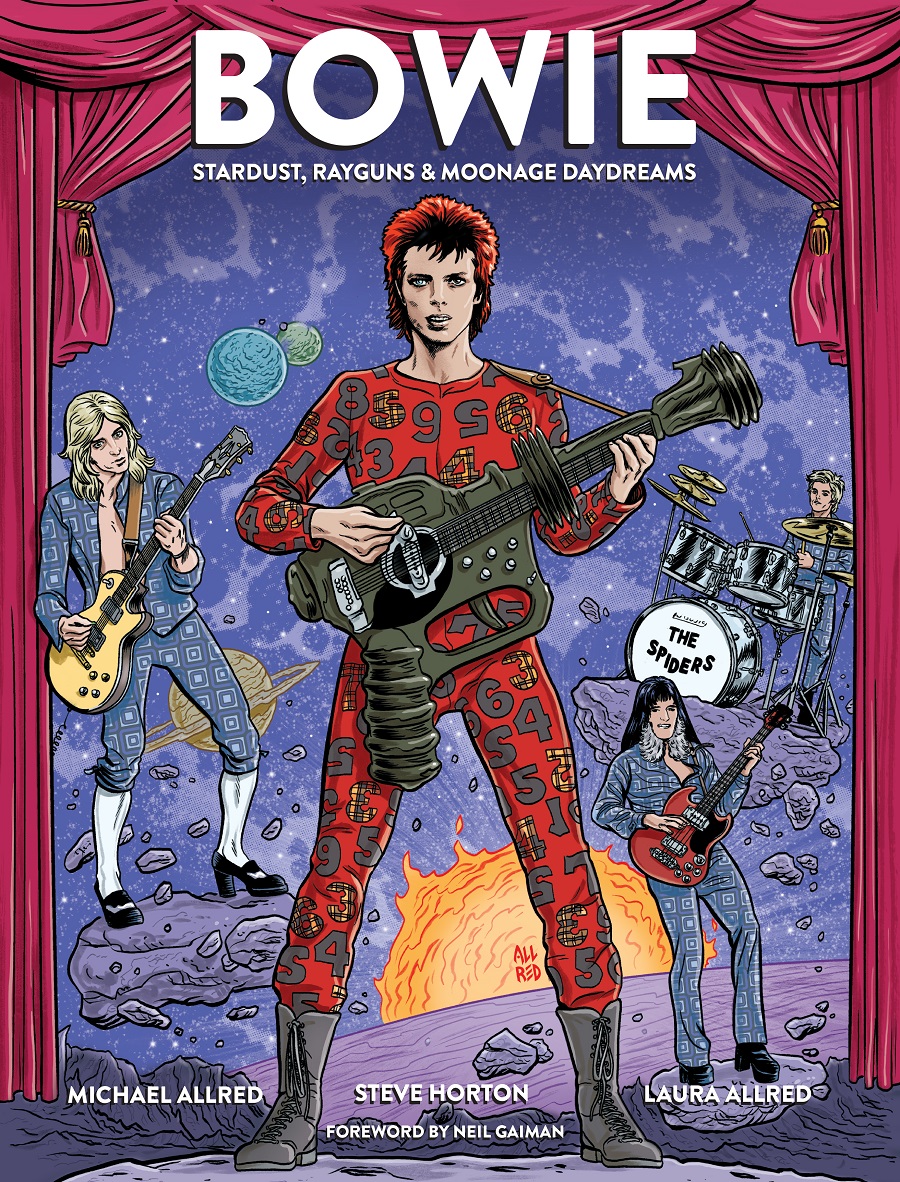 Insight Comics has announced an all-new original graphic novel, BOWIE: Stardust, Rayguns, & Moonage Daydreams. This deep dive into the life of the trailblazing musical icon is co-written by Mike Allred (Madman) and Steve Horton (Satellite Falling), with illustrations by Mike and Laura Allred (X-Statix, iZombie), and a foreword by legendary fantasy author, Neil Gaiman. This new original graphic novel arrives on January 7, 2020, just in time for what would have been Bowie’s 73rd birthday.

You can check out several preview pages of this new OGN down below: 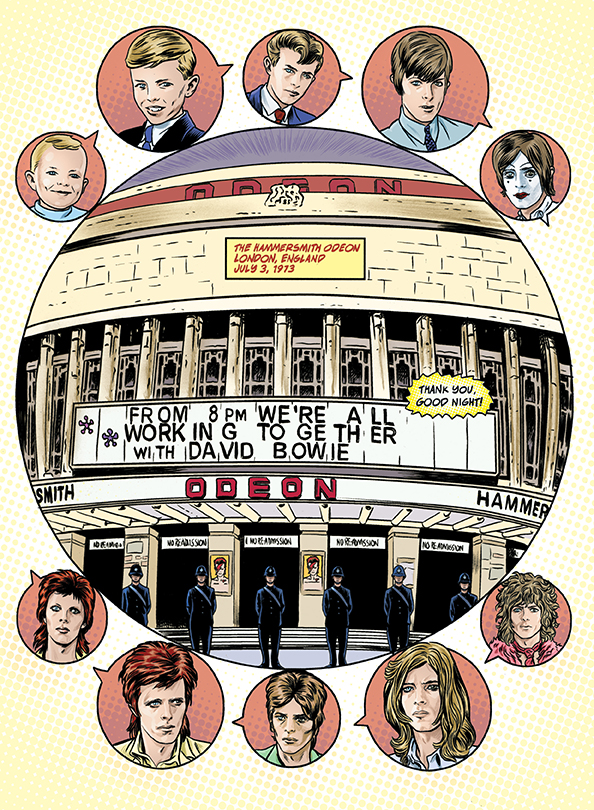 According to the official description, BOWIE: Stardust, Rayguns, & Moonage Daydreams “chronicles the rise of Bowie’s career from obscurity to fame; and paralleled by the rise and fall of his alter ego as well as the rise and fall of Ziggy Stardust. As the Spiders from Mars slowly implode, Bowie wrestles with his Ziggy persona. The outcome of this internal conflict will change not only David Bowie, but also, the world.”

From the looks of things, this retelling of Bowie’s life will begin when he was a struggling musician in the ’60s, going by his birth name of David Jones. A name he had to change thanks to the massive popularity of the The Monkees’ lead singer Davey Jones. After trying to make his mark with one band after another, Bowie realized that he marched very much to the beat of his own drummer, and struck out on his own. By 1969, he began to find success in the U.K. music scene. Before long, “Space Oddity” was all over British radio. And within a few years, international fame and influence was in his grasp. 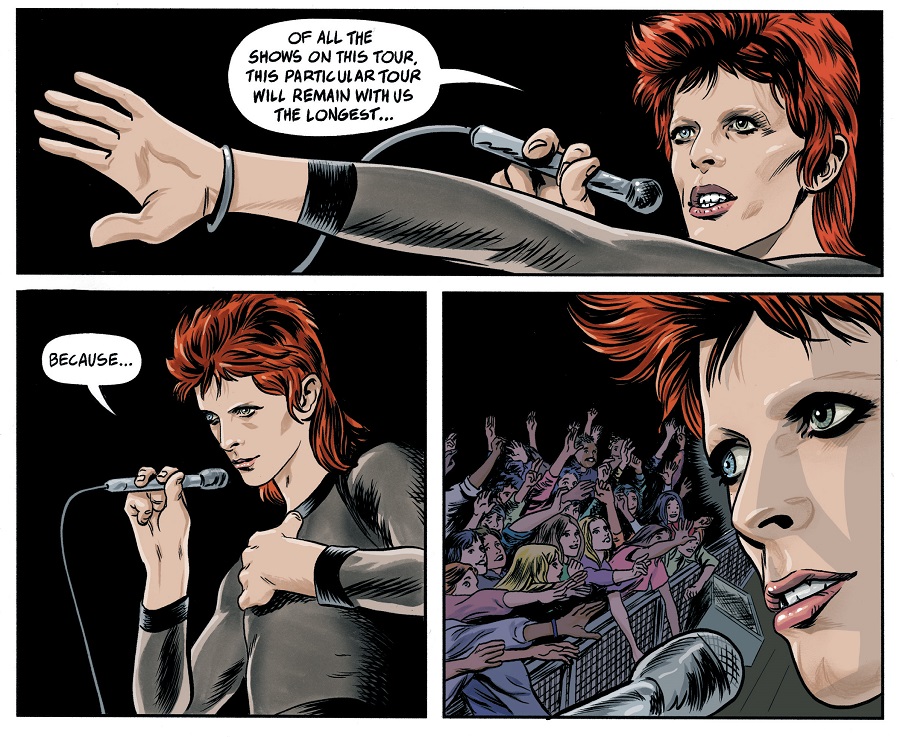 In a statement, co-writer and artist Mike Allred said “Everything that has inspired me throughout my life and career can be found intersecting with David Bowie. With my obsessive passion for music, pop art, film, and the electricity of the comic book medium all coming together through the sounds and imagery of his creative output.”

Allred’s collaborator on the project, Steve Horton, added “being part of an original graphic novel about my favorite musician is like a dream come true, as is working with artistic legends like the Allreds. Our collective obsession with Bowie has created something special. and I’m immensely proud of it.” 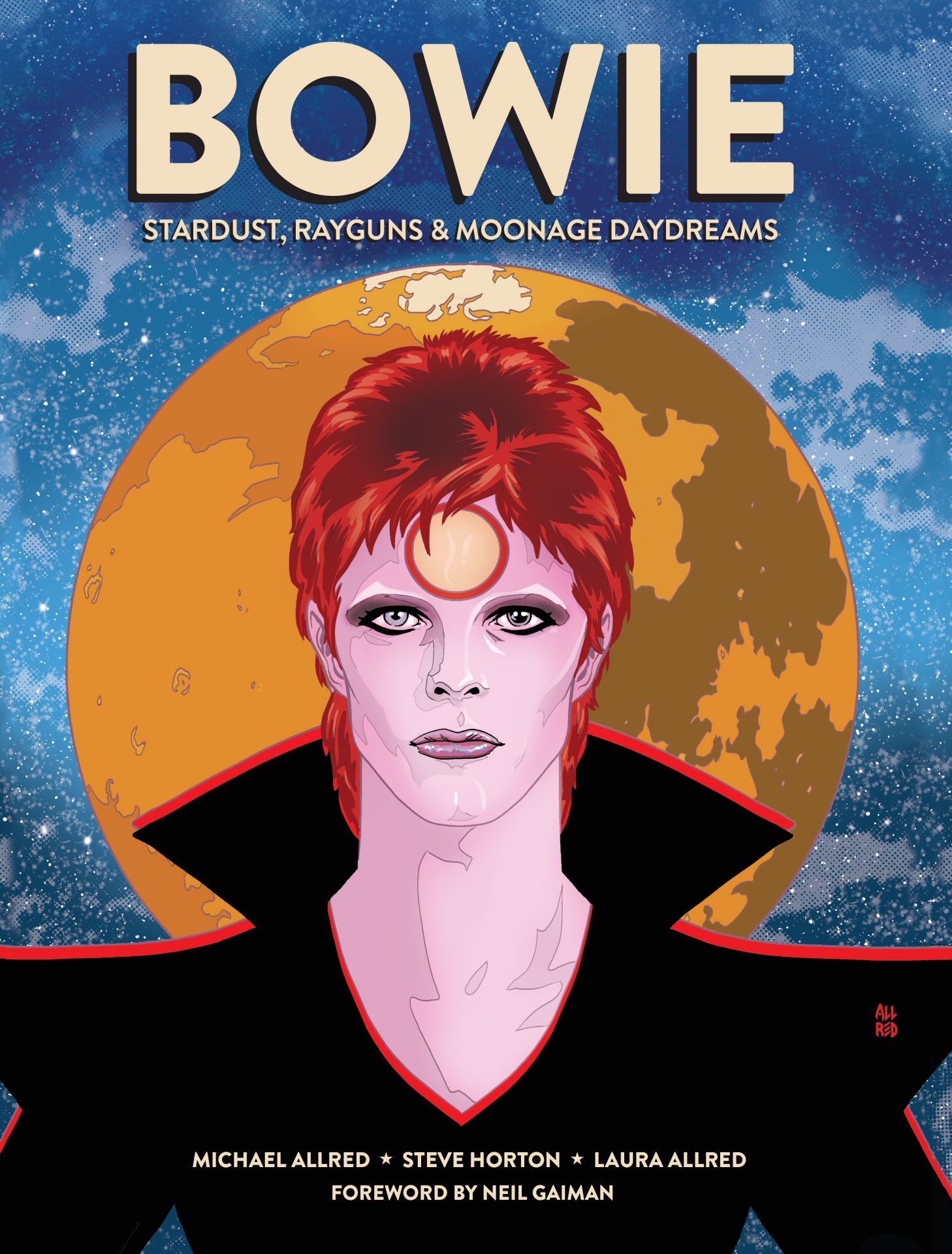 Laura Allred suggested that it might have been fate that she and her husband Mike might collaborate on a project having to do with David Bowie, saying “ It’s wonderfully symbolic that the first gift Michael ever gave me was the Hunky Dory album!”

Be sure to head on over to Insight Editions’ website to pre-order your copy of BOWIE: Stardust, Rayguns, & Moonage Daydreams. 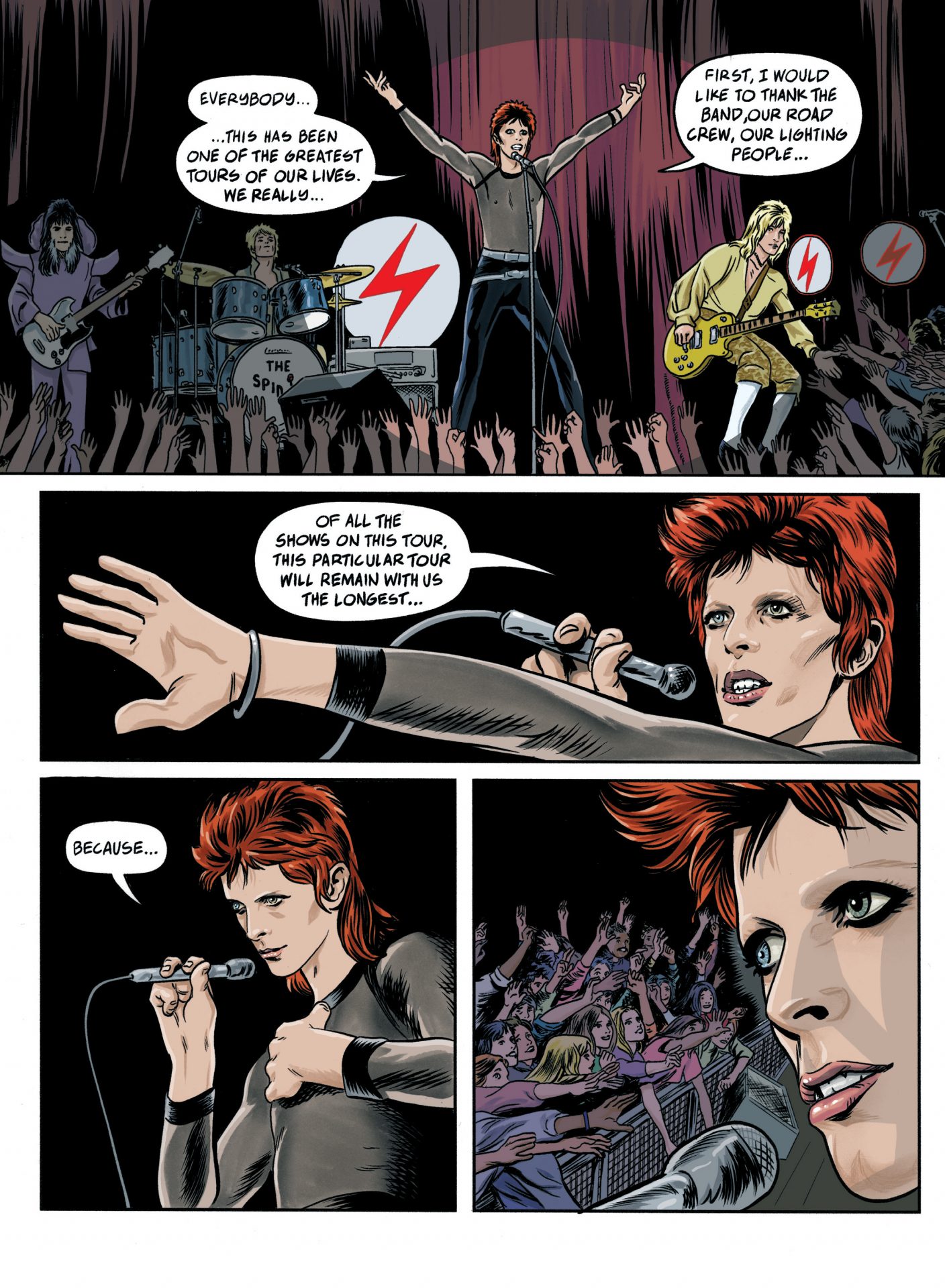 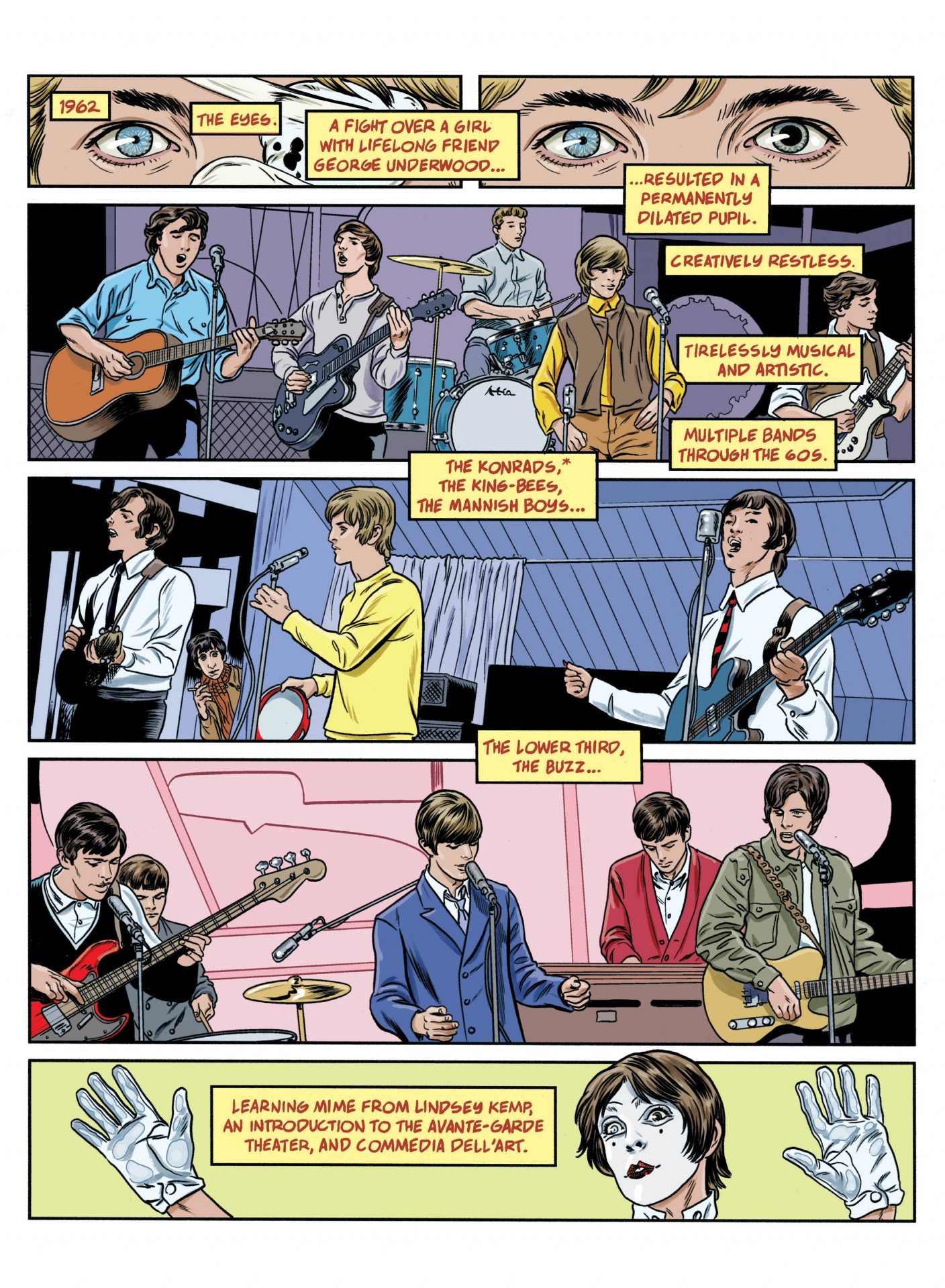 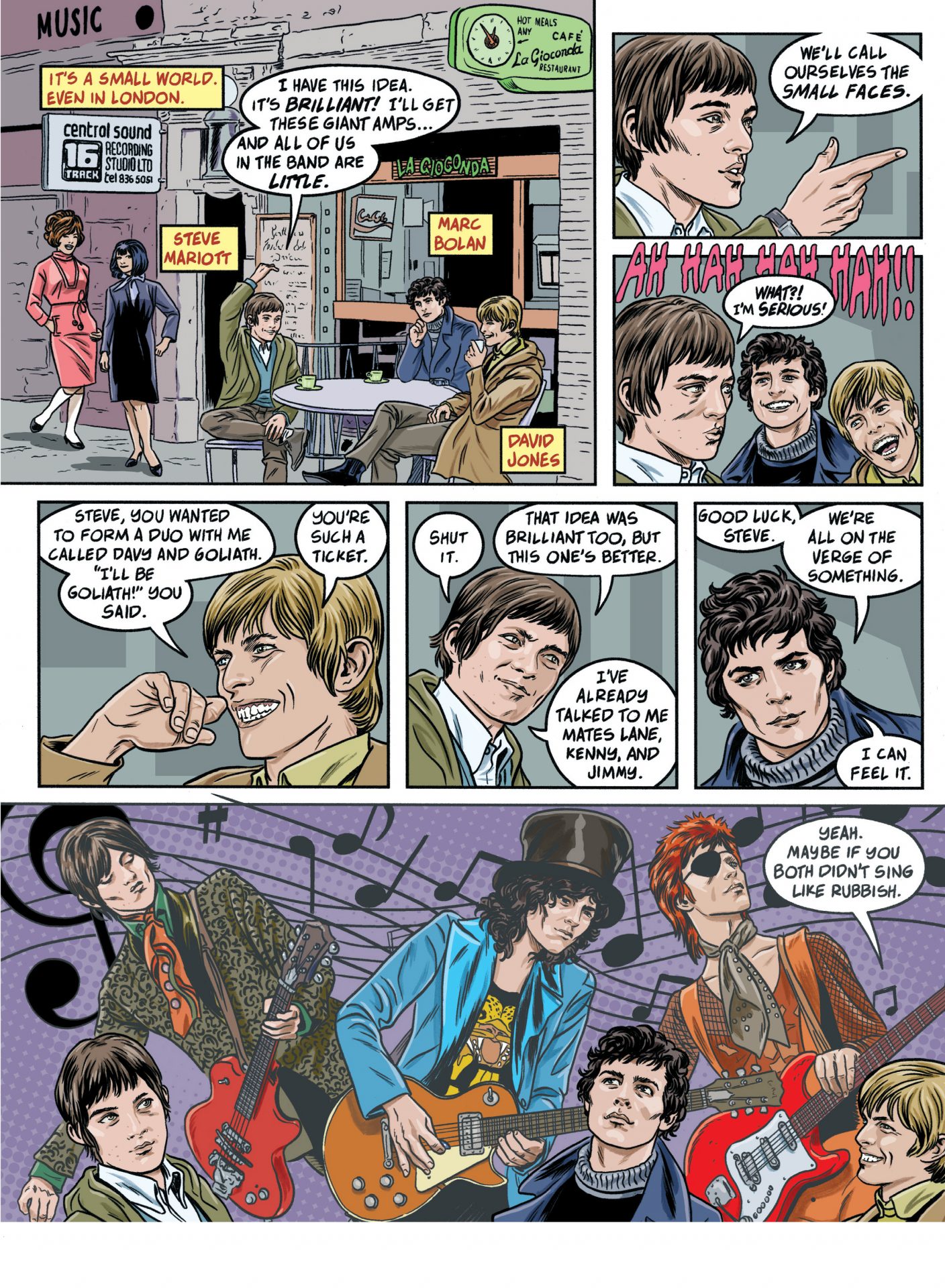 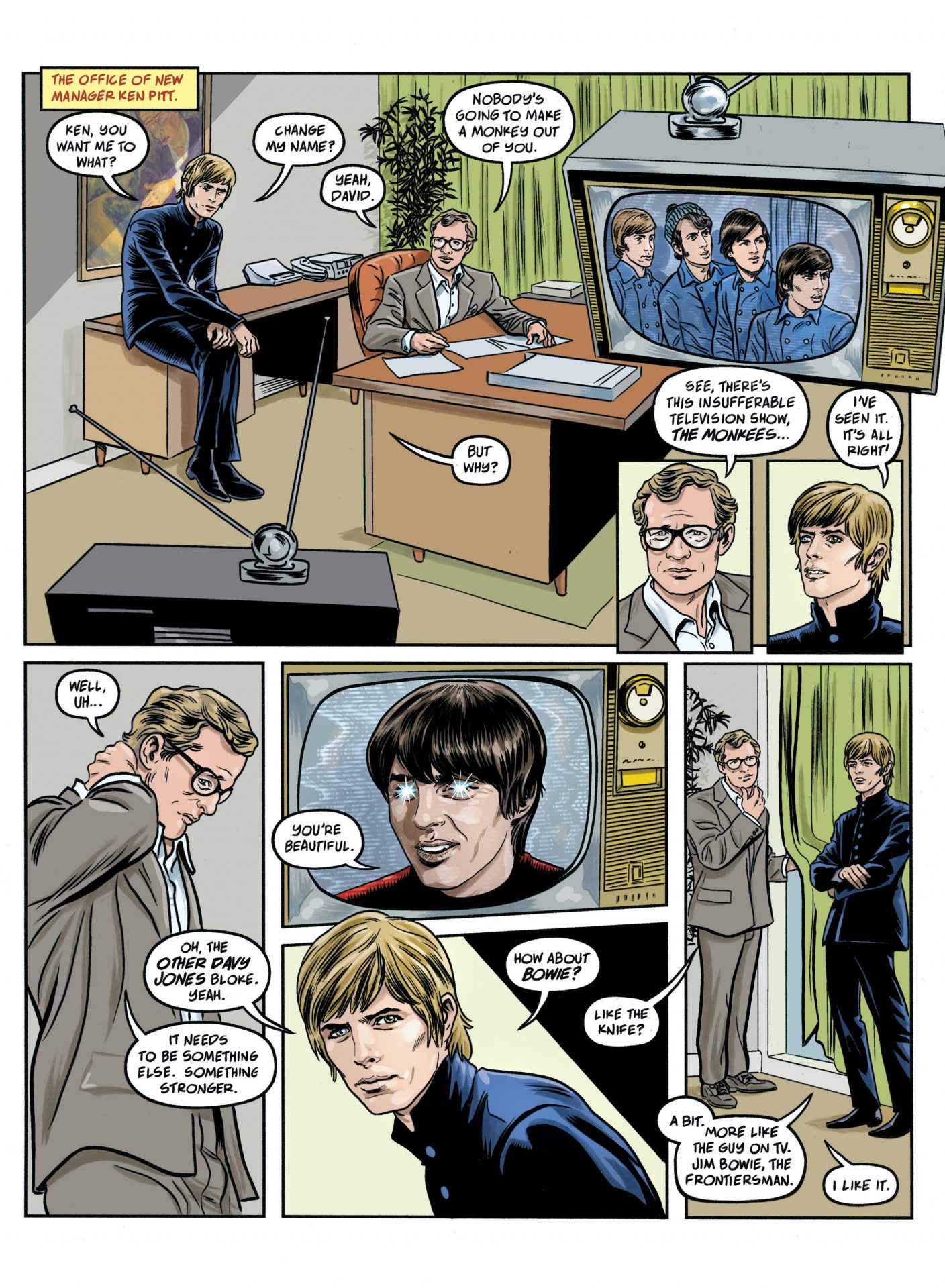