Rock legend David Bowie would have turned 72 today, January 8. And although it’s been three years since we lost this musical genius, his legacy continues. A new pair of projects are heading our way in 2019, and they should make fans of the Thin White Duke very happy. This year marks the fiftieth anniversary of Bowie’s first hit, “Space Oddity,” so it’s the perfect time to celebrate the pioneering musical icon.

According to a report at Pitchfork, a brandÂ newÂ David BowieÂ box set will be released this spring, titledÂ Spying Through a Keyhole (Demos and Unreleased Songs); it will contain 7″ vinyl singles featuring nine unreleased tracks. Perhaps coolest among the included tracks are two demos of “Space Oddity.” This will be the fifth Bowie box set chronicling Bowie’s long career released byÂ Parlophone RecordsÂ since 2015’s 5 Years: 1969-1973.

PARLOPHONE SET TO RELEASE RARE BOWIE TRACKS – â€œ…spying through a keyhole from the other room…â€ – On what would have been David Bowieâ€™s 72nd birthday and with 2019 marking 50 years since David Bowieâ€™s first hit, Space Oddity, we are excited to announce that Parlophone is set to release a 7″ vinyl singles box set of nine rare recordings from the era during which Space Oddity was first conceived. The title: Spying Through A Keyhole, is a lyric taken from the previously unknown song: Love All Around. Go here for the full details: http://smarturl.it/BowieSTAK (Temp link on main page or visit DavidBowie.com news) – #BowieSTAK

In addition, The David Bowie isÂ Augmented Reality app has been made available today. It containsÂ narration from Oscar-winning actor Gary Oldman. This app has over 400Â items for Bowie fans to explore, including video and images from the very beginning of his career through to his final album â˜… (Blackstar). The exclusive video elements in the app include film from his 1972 performance at the Rainbow Theatre, the 1990 Sound & Vision Tour, a 1989 Herb Ritts photo shoot, live performances from the 1974 Diamond Dogs Tour, footage from the experimental Diamond Dogs movie, and rehearsal footage from the 1976 Station to Station Tour. 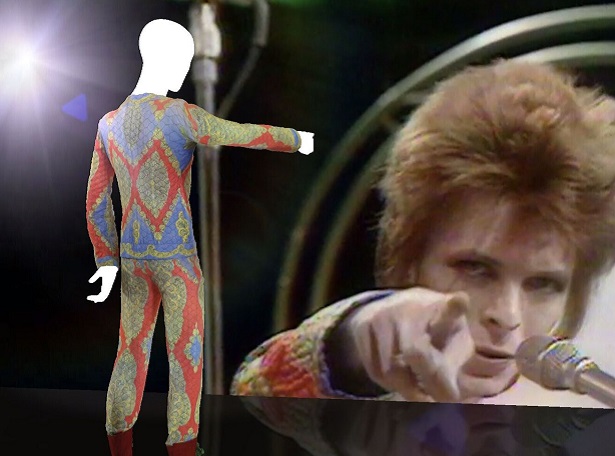 The app even has items not previously seen outside of the Brooklyn Museum run of the exhibition of the same name–items such as Davidâ€™s script for Lazarus,Â his sketchbook for the â˜… video, and original lyrics and drawings for the video concept. It’s available for iOS andÂ Android, and grants access to the exhibit’s hundreds of costumes, videos, works of art, and more. 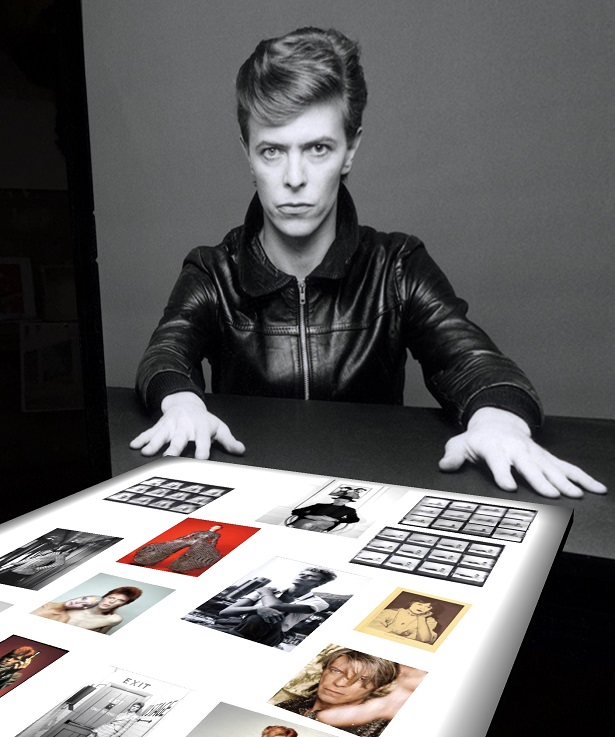 Additionally, theÂ David Bowie isÂ mobile app will feature dozens of items not featuredÂ in the original exhibition, some exclusive to thisÂ AR version. The app is available now for $7.99. The ARÂ mobile app is the first phase of thisÂ innovative initiative, with a VR format scheduled for later release. For more information, visitÂ  David Bowie Is Real.