A lot of people out there might be familiar with the name Mark Mothersbaugh as the man who provided the amazing retro ’80s sounding score to Thor: Ragnarok, along with several other well known film and television projects. But his career is far more illustrious than just his compositions for the screen. He’s also the founder and frontman for legendary alternative rock band Devo, who were able to get a leg up in the music business in the first place thanks to the help of the legendary David Bowie, a big fan of theirs the moment he first heard them play live in New York City in 1977. 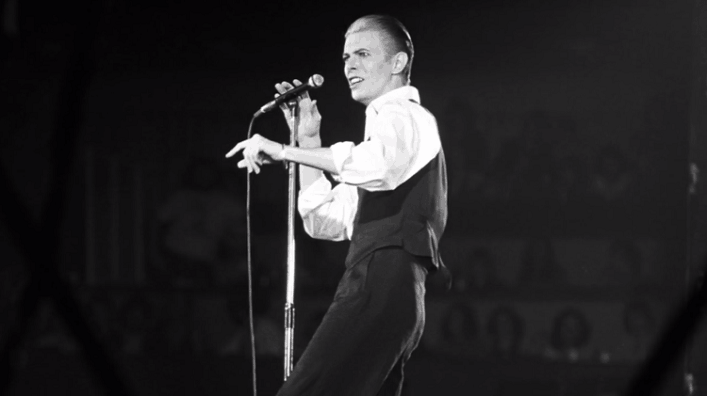 Now, according to Consequence of Sound, Mothersbaugh has revealed that he has discovered rare recordings of Devo jamming with Bowie, along with musician Brian Eno. Mothersbaugh discovered that he had several tapes from the recording sessions for Devo’s debut album, Q: Are We Not Men? A: We Are Devo!, which was produced by Eno along with Bowie. As a way to kill time while they awaited the arrival of a bandmate who missed a flight, Devo jammed with Bowie and Eno, and it turns out it was actually all recorded.

So will we ever hear any of these jam sessions? According to Mothersbaugh, it seems like a sure thing, as he said “I’m thinking we should see what’s on those tapes. I’m really curious to see what the heck they did.” Thanks to their 1980 hit song “Whip It,” Devo became the poster children for the electronic tinged, post-punk and New Wave  movements. And although the vast majority of the most popular New Wave acts were from the UK, Devo reminded everyone that Americans could be just as avant-garde as their British brethren. And hopefully soon, we’ll finally get to hear what a Bowie/Devo collaboration sounds like.