David Bowie is a rock icon, and will forever be remembered as a pioneer in music. But he was also incredibly wise. In the late ’90s, he predicted how the internet was going to change the world. But 17 years earlier, at the height of his big New Wave comeback, he did a sit down interview with MTV News. There, he called out the nascent network’s blatant racial bias right to their faces. Clips of the interview have made the rounds for years, but the whole thing recently resurfaced (via Boing Boing). You can watch right here:

It’s uncomfortable to watch as MTV host Mark Goodman has to do these mental gymnastics. All to explain away why the new, hip music television channel wasn’t playing almost any Black artists in their first year and a half on the air. But you can see in David Bowie’s smiling face that he knows all these explanations are just pure B.S. To be fair to V.J. Mark Goodman, those programming decisions were likely way above his paygrade. But he still had to explain some pretty blatant racial biases on MTV’s part. And couldn’t really come up with any cogent reasons. 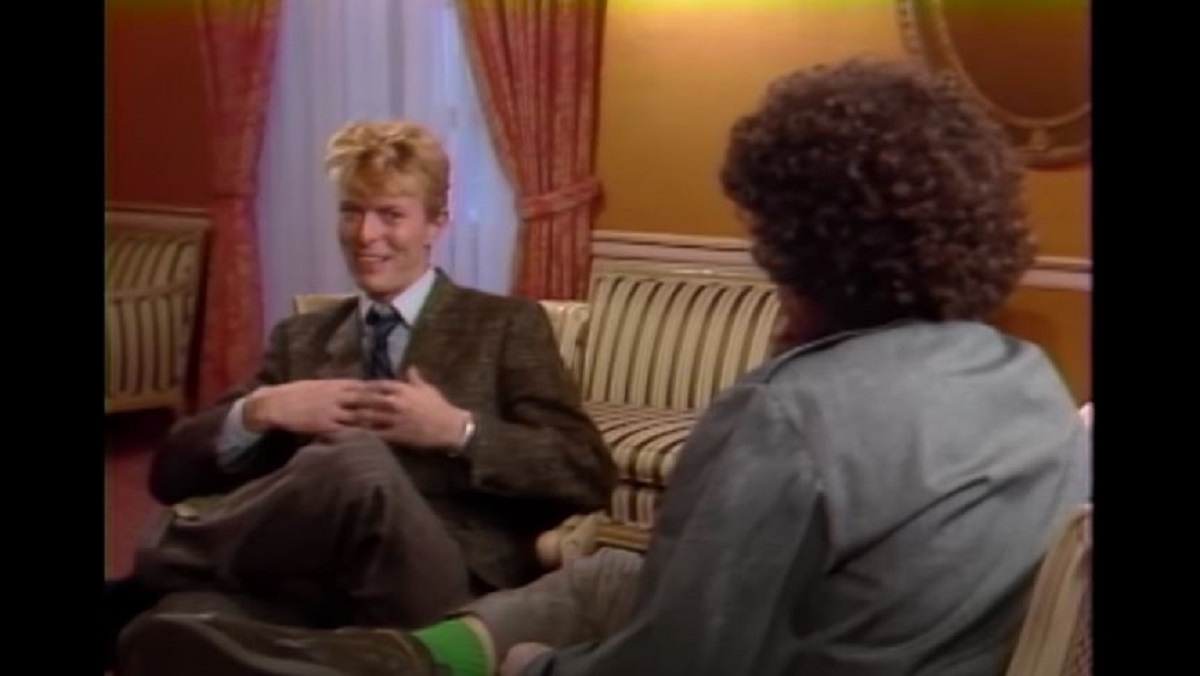 Ironically, within a few months of that interview taking place, MTV would reverse their policy on just playing rock from primarily white male artists. And Michael Jackson, Lionel Richie, Tina Turner, and Prince in particular would propel the music video channel to new heights of popularity. It’s hard to imagine MTV’s heyday of the ’80s now without thinking of videos from Thriller and Purple Rain. Former CBS Records president Walter Yetnikoff says years later that he threatened to pull his rock artist’s videos from MTV if “Billie Jean” didn’t go into rotation. MTV caved, and the rest, as the say, is history. We’d like to think Bowie calling them out played some kind of role in their reversal too.