Unearthed Vintage Stereo Ad Is the Most ’80s Thing Imaginable

The 1980s were truly a bizarre time—take it from someone who grew up then. And nothing was more bizarre than the commercials of the era. Especially as advertisers were all about chasing the latest trends. A given ad would look like a weird hodgepodge of all the different things that were currently in vogue. This is especially true of this recently unearthed 1985 ad (via Boing Boing and We Are Mutants) for General Electric’s stereo/cassette player. It’s MTV hair meets The Neverending Story meets Mad Max Beyond Thunderdome meets Cold War paranoia. And it cost over a million dollars (in ’80s money, no less). You can watch the full “The Power of Music” commercial right here:

Unlike many ads back then, this one gave viewers a whole storyline. We find ourselves in the “third millennium.” A group of adventurers, who all look like they are part of pop group Duran Duran, free a city frozen in silence using the energy coming from their boomboxes and headphones. The city’s princess, no longer encased in crystal, instantly falls for the guy with the voluminous hair and shoulder pads. It’s all very Captain EO. 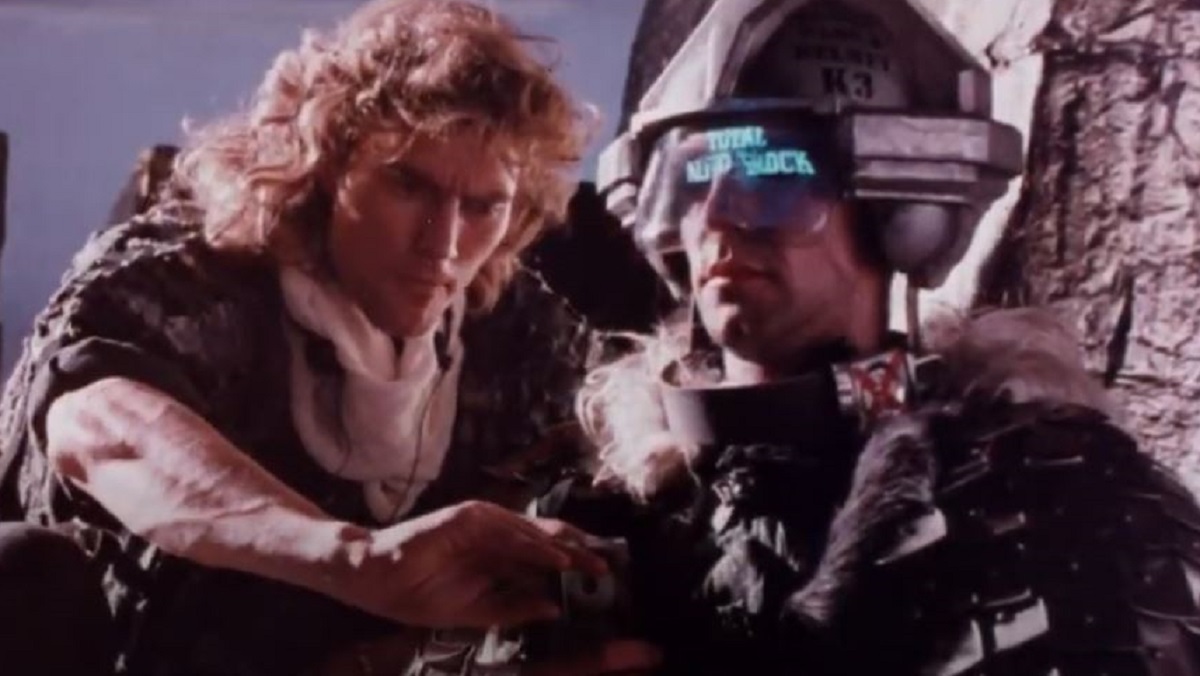 This sci-fi epic was directed by Howard Guard, who famously brought his New Wave style to many commercials back in the day. How New Wave are we talking? He actually got Peter Murphy, frontman for the legendary Goth group Bauhaus, to star in one of his Maxell cassette ads. But “The Power of Music” takes things to a whole other level. Although the one-minute ad aired regularly, this longer 90-second “director’s cut” luckily  found its way online.

Back in the ’80s, GE was struggling with its consumer electronics line. They were being outsold on stereo equipment left and right. And this epic sci-fi ad was a last big push to get the youths to invest in their line. It ultimately didn’t work, but at least we have this wonderful time capsule of ’80s excess to show for it.