Scientists Observe DNA ‘Dancing’ for the First Time Ever

A team of researchers in the U.K. has announced the creation of a new dance video. And no, it’s not another enthralling TikTok clip. It is, in fact, a simulation of how a DNA loop “dances” as a stressing force is applied to it. And the dance is not only rhythmic, but also a potential way to gain key insights into how DNA interacts with other molecules.

Gizmodo reported on the observation, which stands as the first time researchers have seen DNA—or deoxyribonucleic acid, a molecule consisting of two polynucleotide chains that coil around each other to form a double helix—dance under pressure. (Yes, you should say that like David Bowie in your head.)

The researchers, from the University of Leeds and the University of Sheffield, imaged “minicircles” of DNA (tiny loops of the genetic code). Then they simulated their movements on a computer. The researchers, who outlined their work in a study published in Nature Communications, say the images and simulation are so detailed they show every base pair of nucleic acids in the loop of DNA. 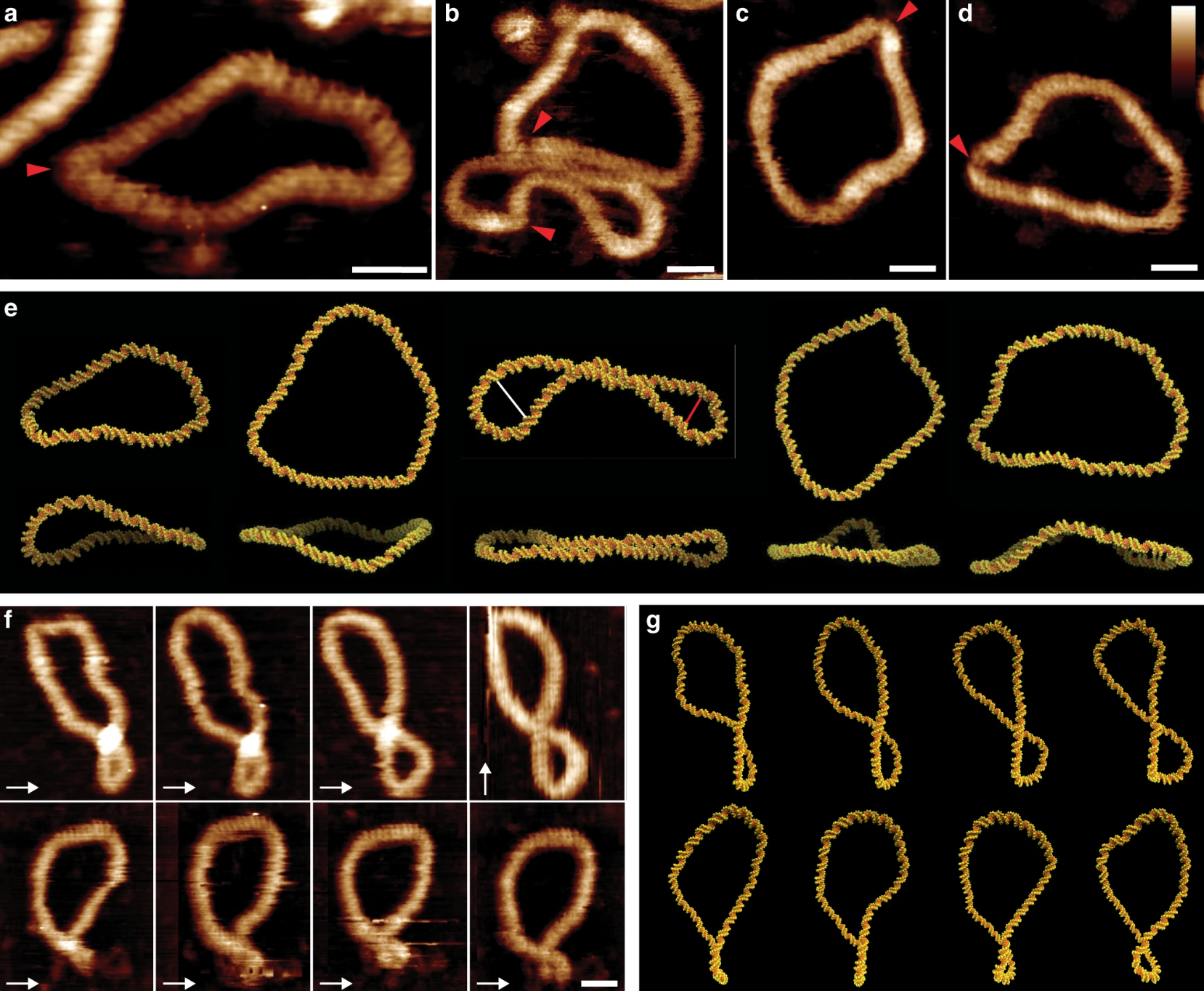 “The videos we have developed enable us to observe DNA twisting in a level of detail that has never been seen before,” Dr. Alice Pyne, Lecturer at the University of Sheffield who captured the footage, said in a press release. Pyne also noted that with something as small as DNA, seeing the helical structure of the molecule was extremely challenging.

Pyne and her colleagues captured images of the minicircles thanks to atomic force microscopy (or AFM), which utilizes an ultra-sharp physical probe; one that can measure materials at the atomic and nano scales. They then used computer simulation models, capable of atomic-scale visualizations, to assemble the images into the dance in the video.

When we looked at individual molecules in the AFM images, we saw that as in the MD the more negative supercoiling we induced, the more defects/bubbles and we saw that this caused much more interesting structures to form pic.twitter.com/URTvFPh1ag

As for the actual dancing, that stems from the researchers applying stress to the minicircles; an action that forces them to kink, bubble, and wrinkle. And if enough pressure’s applied, eventually break apart. They technically applied a “negative superhelical stress” to the loops, causing them to coil from their “relaxed” circular shape.

Interestingly, the researchers say that regardless of their deformations, the minicircles still bonded with a test molecule; meaning that none of those kinks, bubbles, or bends kept the DNA from losing its ability to connect. (At least with that particular molecule.) Which is nice to hear because if there’s one thing a dancer needs, it’s a partner.