Cobra Kai brought the feud between Daniel LaRusso and Johnny Lawrence into the 21st century. But while the series started out as an intriguing answer to what happens when teenage rivals grow up, it has since expanded into a full-blown exploration of whether we can ever really escape our pasts. Over three seasons, the show has reintroduced more and more characters from the franchise. From bringing back Martin Kove’s evil sensei John Kreese to Elisabeth Shue’s Ali Mills, each return has only made Cobra Kai better and more rewarding for fans. Now season four is bringing back one of Karate Kid‘s most important—and most sinister—figures. The Karate Kid Part III‘s Thomas Ian Griffith will reprise his role as Terry Silver. And while the cofounder of Cobra Kai now has gray hair, he still has his sights set on Daniel.

After name-dropping him repeatedly and setting up his return, Netflix has confirmed what many fans have suspected. Terry Silver is officially joining Cobra Kai. With Daniel and Johnny having combined forces to stop Kreese, the master manipulator calls in backup from his old war buddy. And that will only elevate the emotional warfare between the two sides.

Silver first joined the franchise in 1989’s third Karate Kid installment. The wealthy businessman helped his broken down old friend Kreese get revenge on young Daniel LaRusso back then. And the more things change, the more they stay the same. It doesn’t seem like time has healed many wounds. 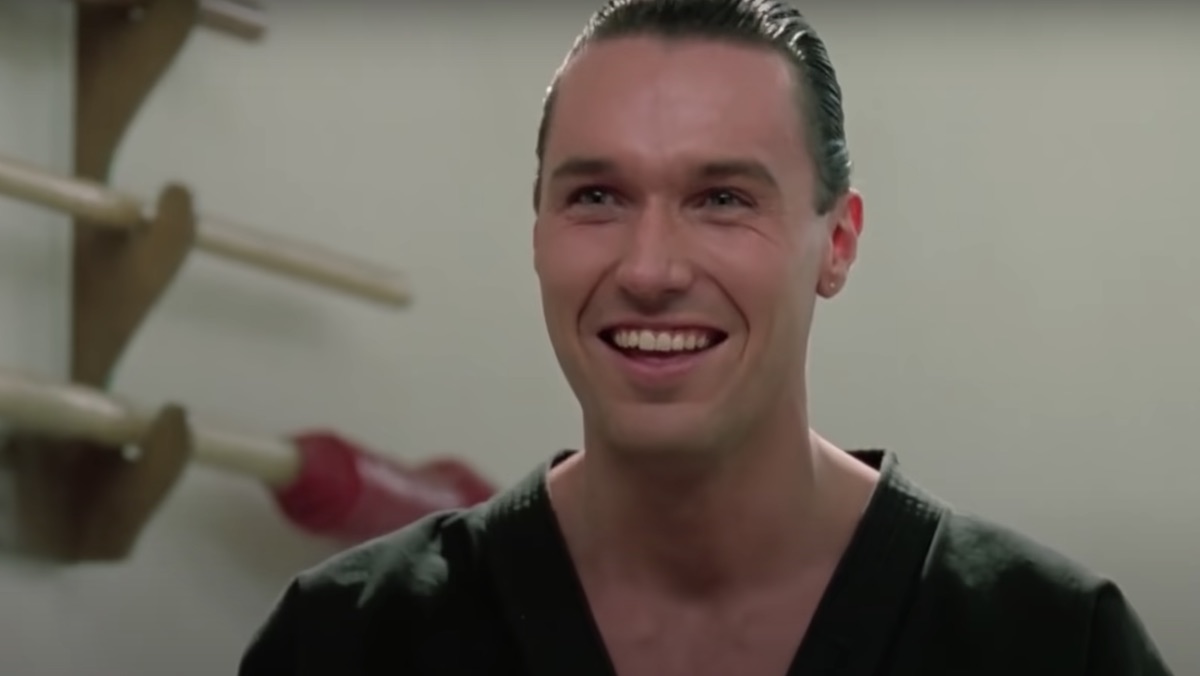 This return is not unexpected, but some thought it might happen even sooner. However, the show was waiting for the right time to bring back the baddie. “Since the beginning of the series, we’ve been carefully orchestrating the right moment to unleash Cobra Kai dojo co-founder Terry Silver back into the universe. That moment is now. We can’t wait for the whole world to experience Thomas Ian Griffith’s majestic return to the franchise,” said executive producers/writers Josh Heald, Jon Hurwitz and Hayden Schlossberg in a statement.

Considering the success they have had with other old characters returning, this should be another winning move. Well, so long as no one repeats Daniel’s mistake and actually lets Silver train them. We can’t escape our past, but we can learn from it.