Christmas Light Show of Beethoven's Symphony No. 5 Is Dazzling - Nerdist

Christmas Light Show of Beethoven’s Symphony No. 5 Is Dazzling

Although many people are spending this year’s Christmas tucked away in their homes (like so many gnomes), there are still some grand holiday displays happening. Light shows are certainly popping off per usual anyway, and many have been fantastic. Including this new one from professional light show-installer Tom BetGeorge, whose show is synced to a slice of Beethoven’s majestic Symphony No. 5.

BetGeorge recently posted the light show to his YouTube channel. In the video’s description, BetGeorge notes that Symphony No. 5 was one of his “favorite and most impactful” pieces while growing up. He also notes he used this song the first time he was ever an orchestra conductor.

Like his other light shows—including this one matched to A-ha’s “Take on Me”—BetGeorge’s entry for Symphony No. 5 is stellar. Although the video is short, the array of dazzling lights on the (very classic-looking) house explode in accordance with the notes. And if you watch the roofline, you’ll notice a giant beam of light shooting off here and there. 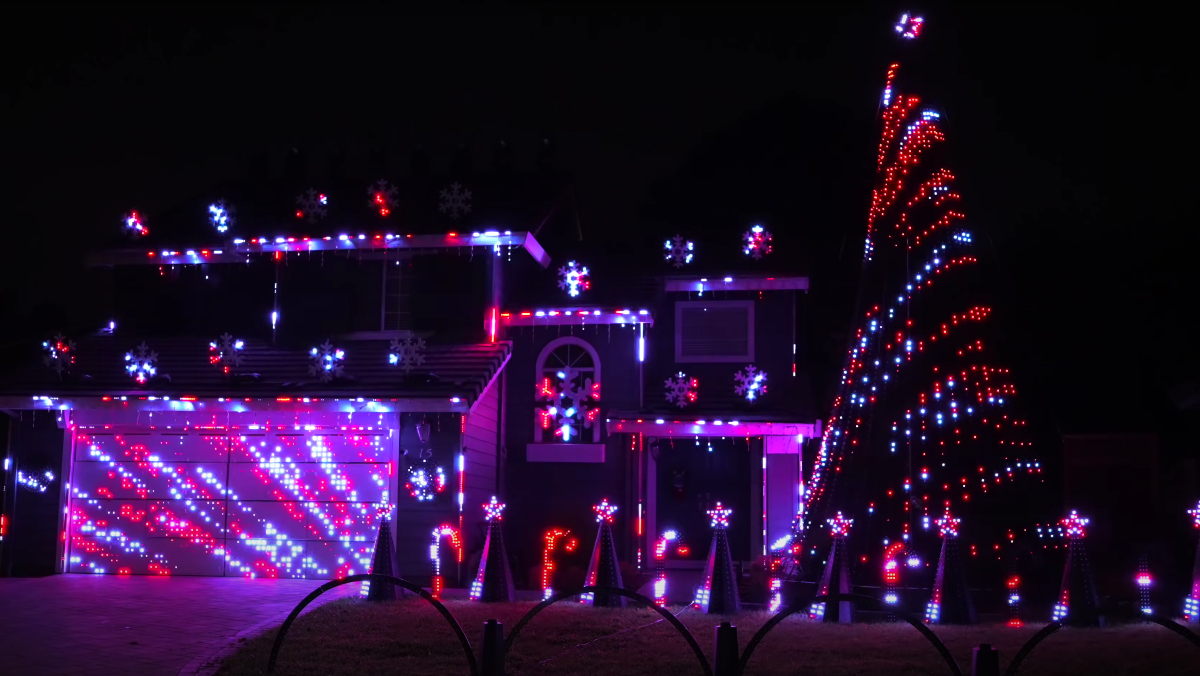 If there’s one problem with the light show, that is its brevity. Beethoven’s Symphony No. 5, which he wrote between 1804 and 1808, is, of course, much longer. Indeed, the musical cornerstone is in four movements, all of which you can listen to in the video below. Although if you want a visual treat to go with the music, you’ll have to find one yourself.

Speaking of which, this Christmas light show featuring The Mandalorian‘s theme music is also worth checking out. Or, if you’re looking for something Christmas-y you can keep on in the background, we recommend this dumpster-fire yule log video. Which, while not as spectacular as this Beethoven light show, is still quite cathartic. Because, even though many of us are apart for Christmas, at least we can still collectively celebrate the end of 2020.