Watching cats do just about anything, from knocking stuff over to snuggling, is entertaining. Doubly so if whatever the cat is doing poses a challenge that is, in the moment, an existential one. In this video from Korea, for example, we have a cat that tries desperately to recover a carp from beneath a lake’s frozen surface. And the whole pathetic, yet adorable, show feels like a sad short film.

Laughing Squid picked up on this treasure of a moment, where the classic narrative, “I touch fishy, but cantz” plays out superbly. It’s almost as if the cat, which can’t claw its way to a dead carp through the lake’s ice, takes umbrage at the impasse and meow-scolds its owner in turn. Of course, the owner simply laughs, knowing that his sweet little cat is of no threat to him. (That is, unless, he’s asleep.)

The cat attempting to retrieve the carp in the video, Marilyn, is kind of internet famous. Marilyn is featured in many of her owner’s videos on YouTube and Instagram—her owner goes by “haha ha”—which have garnered millions upon millions of views. Although, again, to be fair, cats doing just about anything is quite a dang show!

As far as the denouement of the feline featurette, much like the end of Breaking Bad, things turn out poorly. Although, also like Breaking Bad, the cat story has an addendum, where things subsequently turn out sort of OK; meaning the cats eventually get to play with something they think they can kill. 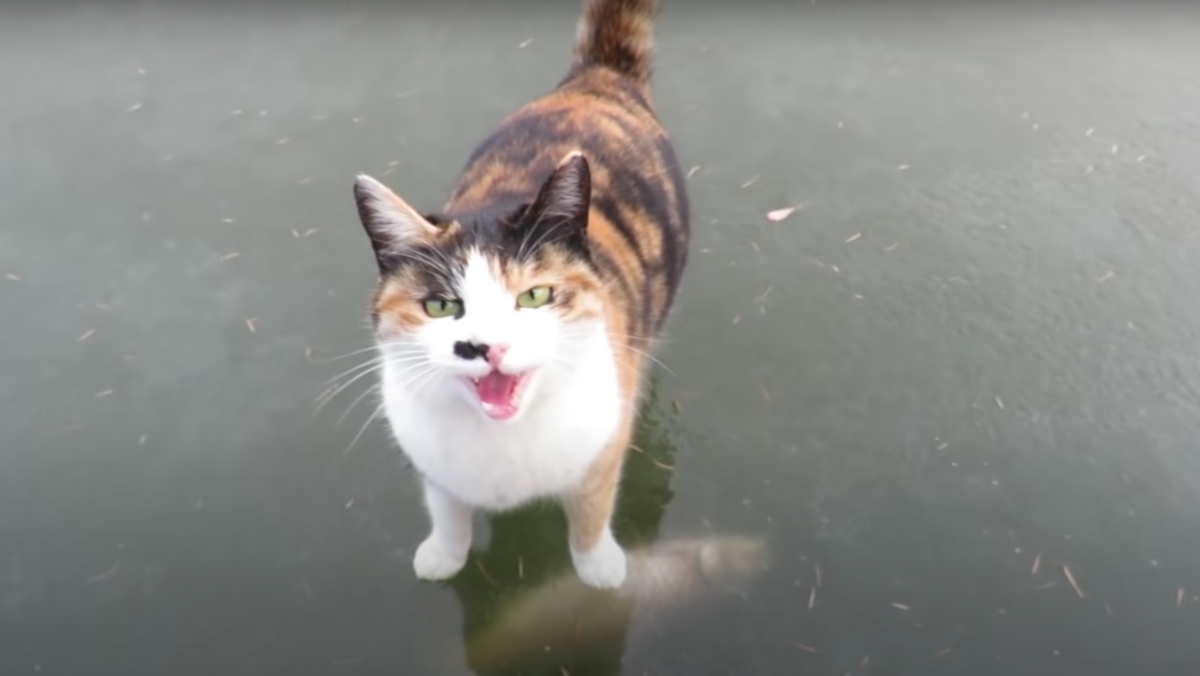 For those now in the mood for more cat theatrics (thea-catrics?), there is also this unrelated “Quarantine Cat Film Fest” to check out. Because the year is 2020, and cats now rule all things. Except for frozen lakes.