Although domestic cats may have their claws dug into humanity’s heart, it’s the world’s biggest felines that still put on the best shows. In this new clip from the Smithsonian Channel, we’re given a glimpse of what it’s like when the big cats hunt at night. And the lions’ execution is not only flawless, but also quite reminiscent of Velociraptors.

The Smithsonian Channel posted the clip, which comes from its television series, Big Cat Country. These lions, like all the other ones in the show, live in Zambia’s Luangwa Valley, where they compete over prey. There is another pride aside from this one in the region, and the two of them battle over delectable antelope.

In the clip, one of the prides executes a night hunt of puku—antelope that are around 150 pounds. And while the lions’ advantages over the puku are obvious, some of the meaty treats are able to escape easily. That’s because lions can’t see animals at night if they don’t move. (We wanted to draw a comparison to the T. Rex in Jurassic Park, but apparently, in reality, it would’ve tracked moving objects at night just fine.) 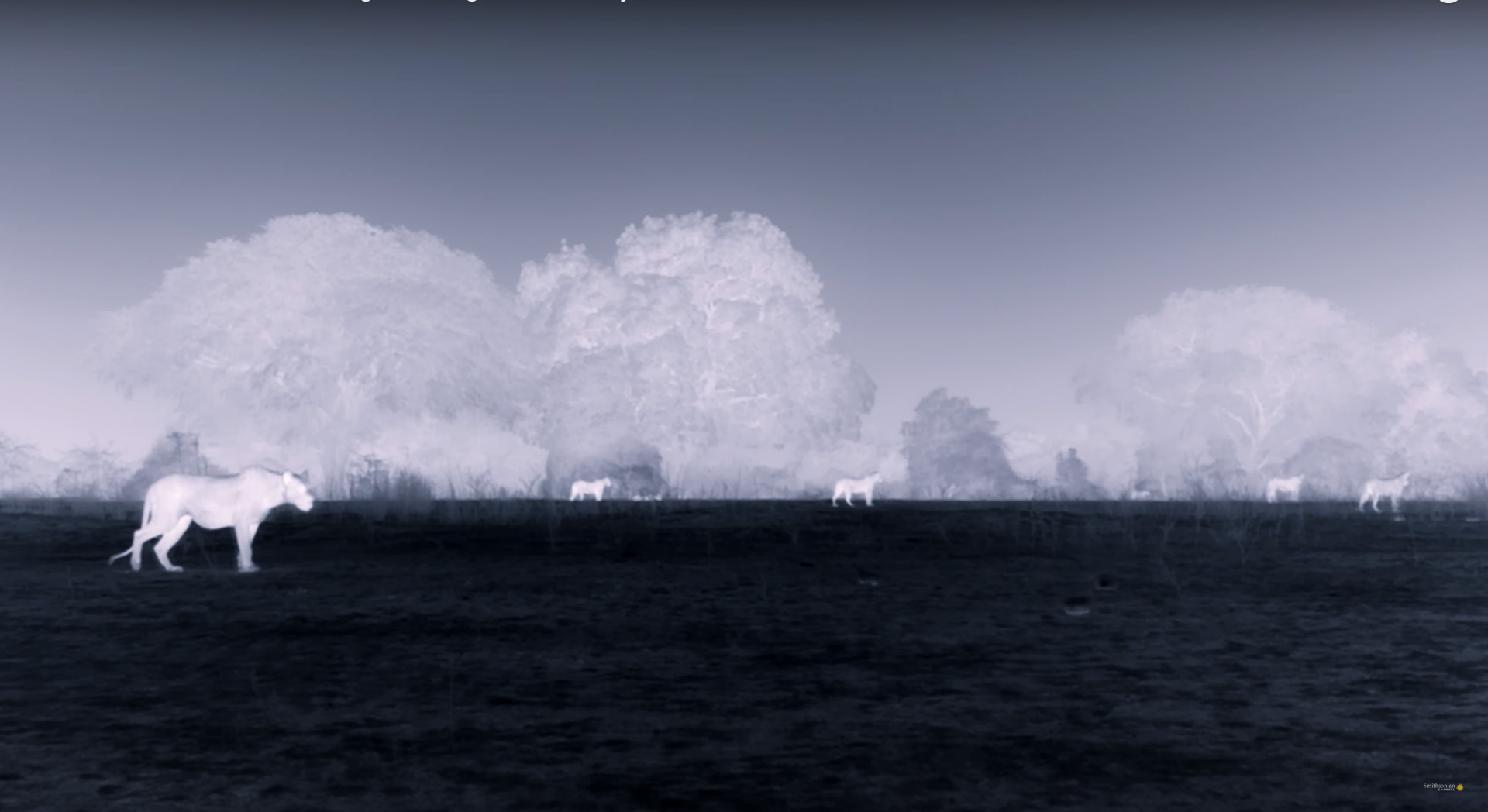 Despite that one hinderance, however, the big cats are still, of course, able to kill quite effectively. Thanks to their specialized eyes, which have layers of tissue that reflect visible light back through their retinas (referred to as tapeta lucida), they’re able to see extremely well in the dark. That is, if something is moving. 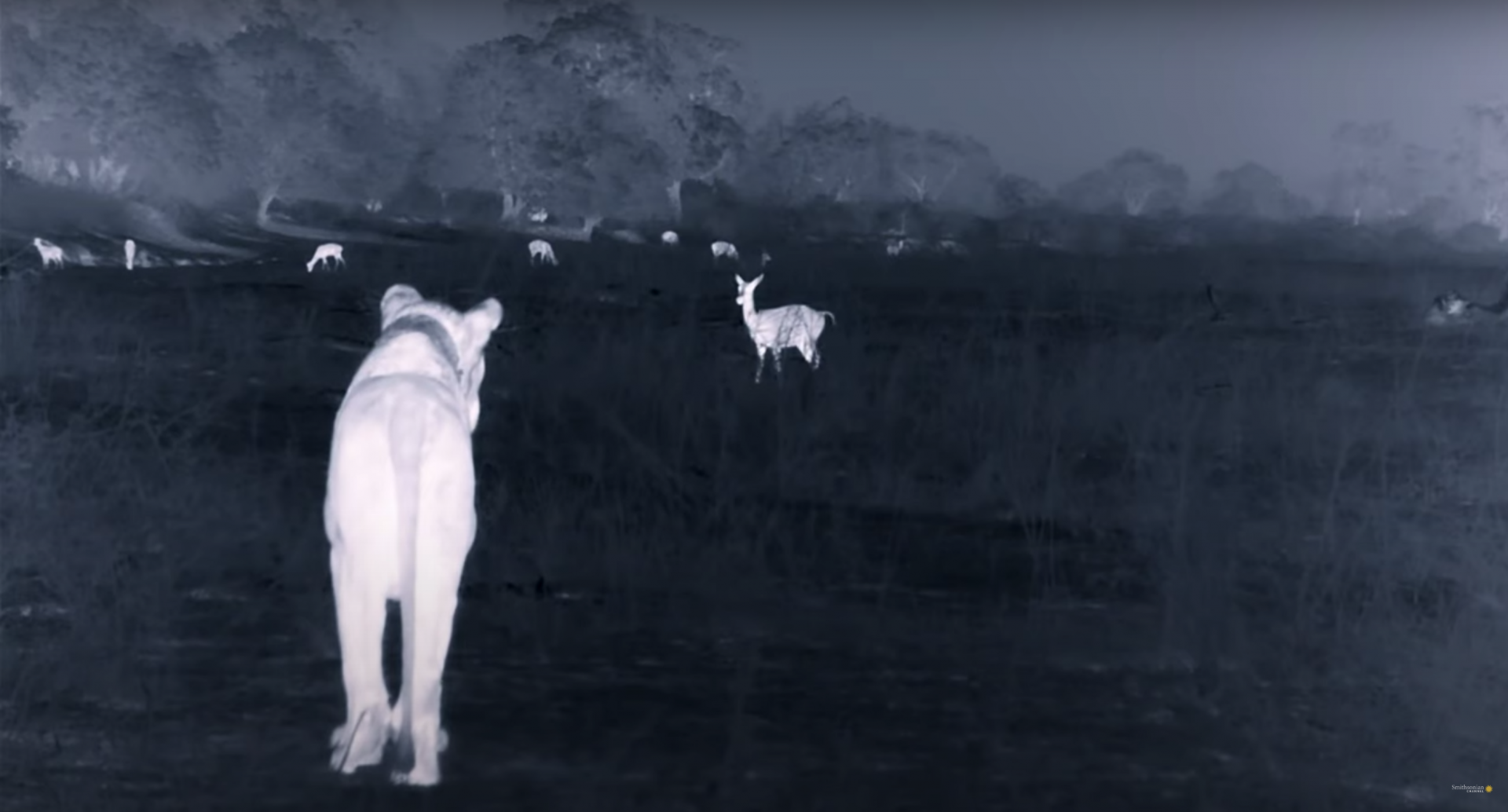 The real key to the lions’ hunting prowess, however, is their ability to work as a team. Like so many velociraptors around Robert Muldoon, the lions in the video trap their prey and then use an unseen team member to strike. And while it’s frightening to watch how competent the lions are at killing, it’s still nice to know that you could theoretically evade them by standing still. Now if we could just get some tips on how to survive a velociraptor attack…