The great thing about purchasing a nice toy or tower for your cat is that you’re guaranteed to get something they’ll enjoy. Oh, no, we don’t mean the pricey item you spent an hour setting up. They’re far, far more likely to hate that and ignore it forever. It’s what cats do. We’re talking about how they will at least be interested in the box the item came in. Our feline friends love a good cardboard box. But why exactly? What is it about climbing in, atop, and out of them that our kitties find so appealing? Turns out they’re hunting for something to do.

A delightful new video from the YouTube channel Hosico Cats (which we came across at Boing Boing) features an adorable kitty enjoying a simple box with some holes cut into it. All cat owners know there is no box a cat can’t turn into either a plaything, temporary home, or napping spot. Why? It’s not just because cats are super weird. 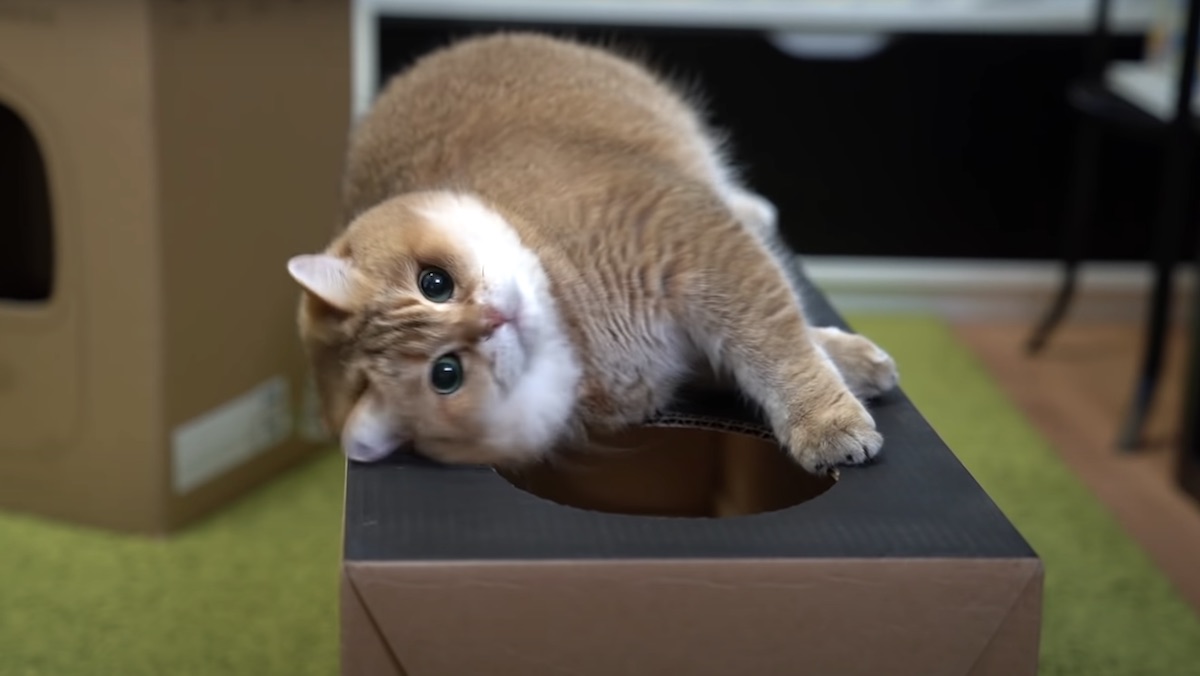 In a 2016 video from Tech Insider, Abigail Tucker, author of The Lion in the Living Room: How House Cats Tamed Us and Took Over the World, explains what’s really going on with felines and boxes. Part of the allure is simple: house cats are looking for something to do, because many are just “hopelessly bored.” Most cats don’t like being contained, and exploring a new box is just a way to pass the time.

But why do they like to jump in and out of it with the enthusiasm of Scrooge McDuck swimming in his gold coins? Because it replicates their natural hunting technique. Cats don’t chase their prey, they pounce on it. And a box is an ideal hiding spot to leap out of.

You’d think they could also do that with the expensive tower we got them, but no. They’re still cute, so we’ll keep buying them stuff that comes in boxes.