Watch What Happens When a Tire Rolls Over Molten Lava - Nerdist

Watch What Happens When a Tire Rolls Over Molten Lava

With all of the volcano action in the news lately—in large part coming from drones in Iceland—it’s easy to catch yourself in a Dante’s Peak-ian reverie. Who hasn’t thought of what it’d take to outrun an pursuing lava tsunami, after all? Now, thanks to YouTube channel, The Action Lab, you can fine tweak your fantastic, flaming getaway with a look at how car tires actually react to lava.

Digg picked up on The Action Lab’s investigation into what happens when a car runs over lava. The channel performed the experiment in 2019, but recently re-released it as the short clip above. The clip has now gone viral, of course, as everyone tries to imagine how tires would fare against molten rock.

In the original video (below), the channel’s host outlines the complete experiment. He notes that he decided to make the video because, of course, he himself wanted to learn about the cinematics of lava escapes. Especially what would happen if somebody were “running away from an erupting volcano and there was lava crossing the road.”

The experiment in the video is simple; the YouTuber placed a large dollop of molten lava in front of a car tire. He then had the driver run over it. The exact temperature of the lava is unclear, but, on average, the glowing matter runs at 2,000°F.

As for the results of the experiment, they’re shocking. But not because of anything cinematically horrible happening, however. Rather the opposite, in fact. Lava apparently does squat (more or less) to a car tire. If the vehicle is moving fast enough, of course. 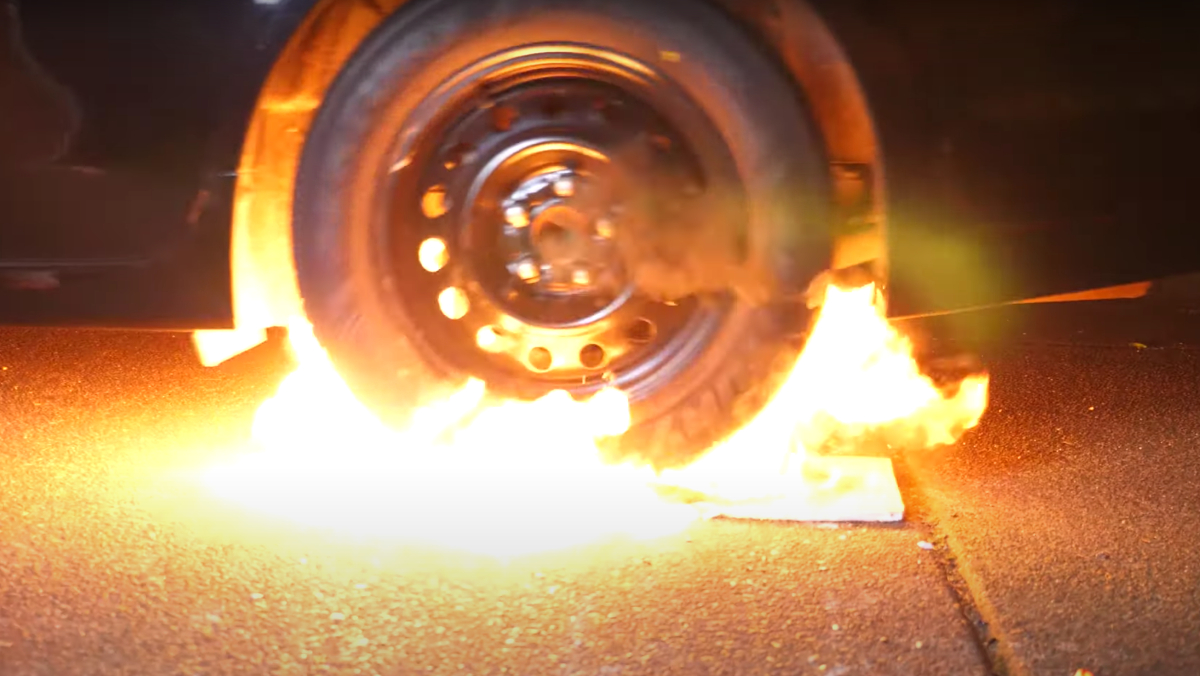 Indeed, after a brief explosion of flame and sparks, the tire keeps rolling along, mostly unscathed. Aside from a slight bit of melting, it looks like the tire never comes close to popping. Which seems miraculous considering the heat. The lava, on the other hand, morphs like dragonglass into bubbly shards with tire imprints on them. Which, when you think about it, may be a cool effect to add to your next volcano-escape daydream.