We know what would happen if you fell into molten lava. It. Ain’t. Pretty. Actually, it’s way worse than you think. It’s so bad that movies offer up super-sanitized versions of that fiery death. And when you are aware of the horrors that await anyone who comes in contact with liquid hot rock, it’s hard to watch videos of magma running like water. Because all you can think is, “Get away you’re too close!” So this clip we just came across makes us very, very anxious. A scientist touched lava using one of the best insulators in the world. And even though we know it worked, there’s a zero percent chance we would ever try it ourselves.

The Action Lab YouTube channel posted a short clip (which we first saw at Digg) from an old experiment they did. They poured lava on top of an insulative aerogel tile. You would think that would destroy the aerogel. The same way you expect magma to destroy just about anything and everything it comes in contact with. Instead, the lava essentially rested on top of it, making it possible for someone to “touch” it.

This is possible because of the aerogel’s own amazing properties. Aerogel is an “open-celled, mesoporous, solid foam that is composed of a network of interconnected nanostructures and that exhibits a porosity (non-solid volume) of no less than 50%.” That makes it sound harder to understand than it actually is though. Despite technically being a solid, this type of aerogel is made up of 98% air. As a result, it can even insulate against the incredible heat of lava. 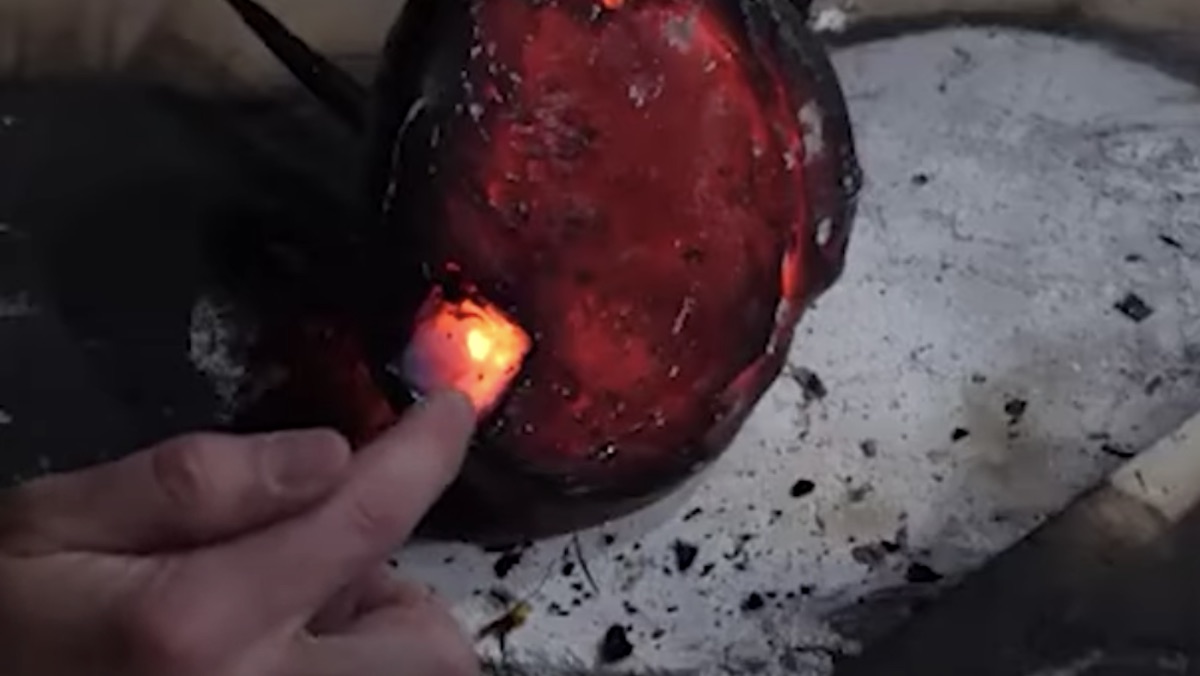 For our own peace of mind, we’re going to assume this person knew it was 100% safe to put his finger on the aerogel. (Though maybe he could have told the poor woman standing nearby what he was doing and why?) We trust science. But we still wouldn’t do this because we don’t trust ourselves. Aerogel might insulate you from heat. It doesn’t insulate you from slipping because you’re too nervous to be around lava though.