Birds of Prey has finally hit our screens and we can’t get enough of the radical R-rated action romp. One of the highlights of the newest entry in the DCEU is its awesome action and stunt work. During our visit to London for the world premiere of the film, we sat down with the cast and director to break down how Birds of Prey became one of the most impressive superhero action movies we’ve ever seen.

With all the hype for the first female-led superhero team-up movie, it was easy to miss the fact that groundbreaking stunt person and helmer of the John Wick franchise Chad Stahelski was brought in as an uncredited second unit director on Birds of Prey. With Cathy Yan’s vibrant vision and Stahelski’s eye for bone-crunching practical action the film consistently surprises and delights with astonishing action, and the cast and director were quick to gush about the talents of Stahelski and 87Eleven the incredible stunt team behind the movie’s smash and grab brutality.

When we chatted to the film’s director Cathy Yan she explained that it had always been her intention to put action front and center in the film, luckily, it was something that producer and star Margot Robbie and writer Christina Hodson were fully in support of. Yan shot the movie in a unique fashion. The studio gave the creative team full reign over the film with no push to fit it into any particular rating. From what Yan told us, the crew hoped WB would allow for an R-rating. Looking at the first reviews and responses, that freedom and flexibility was a smart choice by Warner Bros. who recently saw huge success with another r-rated comic book movie and will likely be hoping that after the positive critical responses Birds of Prey will inspire a similar massive box office reaction. 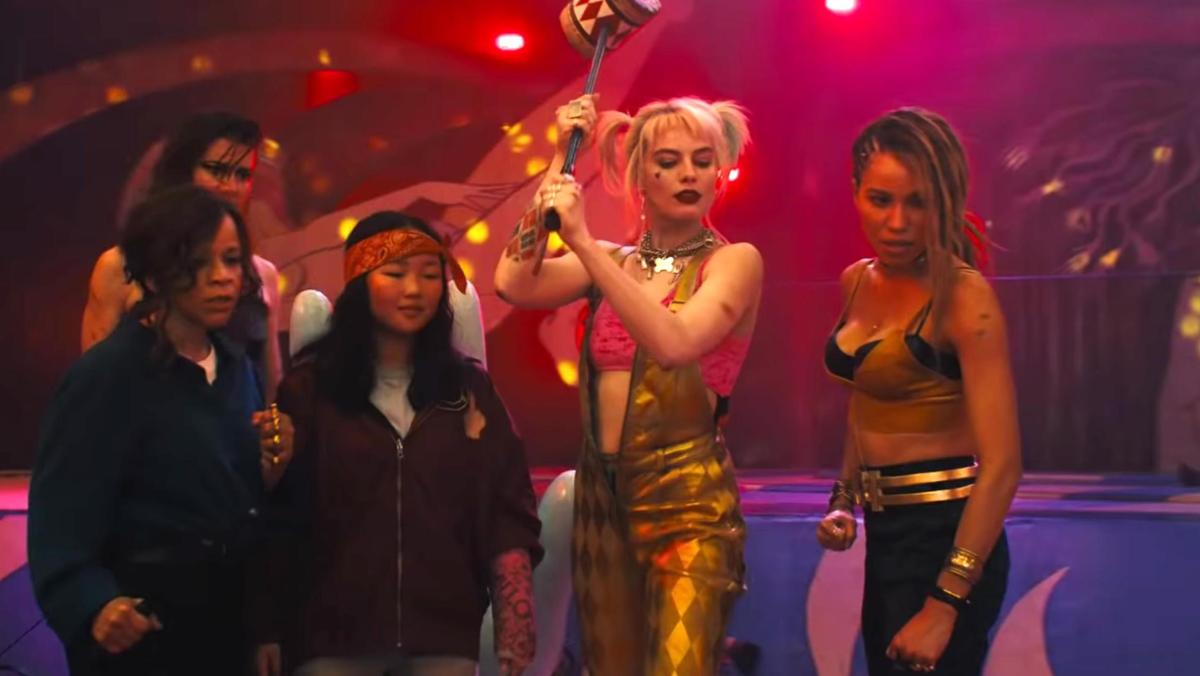 The stars of the film were equally as excited about the intensive action training that Birds of Prey put them through. Robbie’s Harley Quinn is the heart of the movie and thus has some of the most outrageous action and biggest set pieces. The star of the film was clearly enthusiastic about the experience and the work of the stunt team who made the action sequences feel so real. She wasn’t alone; Jurnee Smollet-Bell, Mary Elizabeth Winstead, and Rosie Perez all eagerly spoke about how the tough regime and intense action training ended up feeling incredibly cathartic and empowering.

There’s plenty to love about Birds of Prey and the Fantabulous Emancipation of One Harley Quinn but the dedication to impressive, brutal, and ultimately fun practical action is something that truly makes the movie stand apart from other recent superhero offerings. As fans of stunt work and the people who make it happen it makes it even better that the cast and director spoke so highly of the team who made it all possible. Bring on the best stunt actor Oscar category; if it existed, Birds of Prey would be our top pick for the honor in 2021.