The first wave of reactions are in for Cathy Yan’s Birds of Prey (and the Fantabulous Emancipation of One Harley Quinn), and so far, the latest addition to the DCEU mostly elicited excitement and positivity! It looks like the DCEU’s winning streak post Wonder Woman/Aquaman/Shazam! continues. 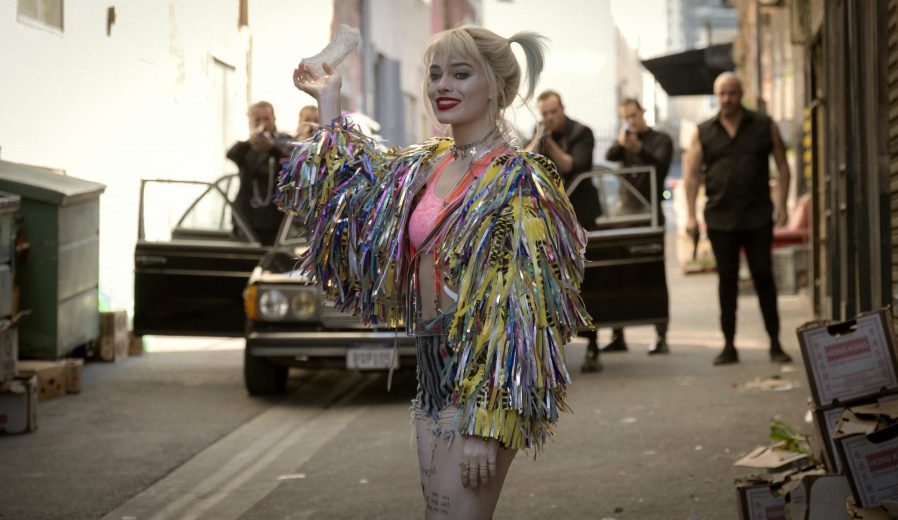 We’ve collected a sampling of opinions below from viewers lucky enough to see the first big screen version of one of DC Comics’s longest running kick-ass superheroine team-ups.

First and foremost, anything featuring Harley should be fun. Thankfully, it looks like this film is.

#BirdsOfPrey isn’t a Birds of Prey movie so much as it’s a Harley Quinn movie feat. BOP – and that creates issues story-wise & in fleshing out characters – but it’s a hell of a lot of fun. It’s at its best when going full Harley-vision, & Margot Robbie is clearly having a blast. pic.twitter.com/hyF7CpFCmk

Believe this. #BirdsofPrey whips all sorts of ass. It is a hard-hitting, unapologetic origin story for the team, and a terrific, vicious vehicle for #MargotRobbie. Violent, funny with CRAZY fun action. And Ewan McGregor is on a different frequency, but wildly entertains! See it! pic.twitter.com/g66RYuwwlD

F-bombs and glitter? What more do we need??

#BirdsofPrey is like if John Wick were run through a crazy funhouse filter and stuffed full of glitter and f-bombs. It’s everything you could ever want from #HarleyQuinn and her badass girl gang. Into this movie completely. ?? pic.twitter.com/Y2DZgPYN2Y

While the ladies themselves are getting heaps of praise, people seem to love Ewan McGregor’s Black Mask as well.

#BirdsOfPrey is a lot of fun and violent as hell. The Birds are so entertaining and distinctly different from each other. Ewan McGregor is so sinister and often hilarious. pic.twitter.com/4scxbS6GwT

#BirdsofPrey is KILLER. A slow start and awkward plotting doesn’t stop the movie, and these characters, from soaring in the end. Wildly violent, F bombs out the wazoo, and the best bat fight scene since The Raid 2. If Margot Robbie could control this part of the DCEU, she should. pic.twitter.com/bewnj8npaJ

Angie Han’s praise is slightly more muted for the film, but she singles out Mary Elizabeth Winstead’s performance as Huntress.

#BirdsOfPrey: winning characters, above-average action, and a killer soundtrack hampered by uneven tone and pacing. The girls at their best together, and they’re not together enough. Mary Elizabeth Winstead’s Huntress is the not-so-secret MVP. ?

To Davis, Margot Robbie was perhaps born to play Harley Quinn, and great to see her shine in a vehicle for the character that people think is actually good.

#BirdsOfPrey has terrific action, humor & some of the more memorable characters we’ve seen in a DC movie, but the biggest highlight is Margot Robbie. She is fantabulous as Harley, while also proving that sometimes our most valued relationships are the ones we have w/ good food pic.twitter.com/EDQ3sr5JtL

Really enjoyed #BirdsofPrey! The action reminded me a lot of John Wick. The chemistry amongst the cast was great and I would love to see more #BlackCanary & #Huntress in the future. pic.twitter.com/9ySVvh1yyz

“Human Looney Toon” [sic] is an apt description of Harley, and apparently they nailed that aspect of the character.

So #BirdsofPrey was an absolute blast. Harley feels exactly like the human Looney Toon she ought to be, Black Mask is a scene stealer; Dinah, Helena, Cass, and Renee all rule. This was everything I want from DC movies and then some.

Someone’s already clamoring for a sequel.

BIRDS OF PREY: Cathy Yan has created a music infused celebration of female badassery. DC continues to take big risks and push boundaries. The perfect Harley Quinn movie. Margot Robbie crushes it. I loved all these ladies & am looking forward to the sequel/spin-off. #BirdsofPrey pic.twitter.com/eRF5FJzahP

#BirdsofPrey is a ridiculous and rad superhero film. The fight scenes are phenomenal and the villains are delicious. It shouldn’t have taken this long to get the Birds of Prey on film but it was a lot of fun.

Other reactions suggest the film is uneven, but still a blast to watch.

My favorite thing about #BirdsofPrey is women empowerment and so many damn symbolisms behind the characters, stories, and what they represented. Again, jumbled and uneven at times, but really fun and very #HarleyQuinn. pic.twitter.com/2GfmthKr0W

For a comic book movie, this is the kind of realism that excites us.

My favorite moment? When one of the women asks the other for a hair tie in the middle of a fight scene.

FINALLY!!!! Who actually kicks ass with long ass hair flinging around? Extra ??? for Yan & Hodson for putting that in knowing this is how women would do it!! #BirdsofPrey

Not sure Harley would appreciate her mind being called “jumbled,” but we’re sure she’ll take praise however it comes to her.

#BirdsOfPrey is a fun squad movie with AMAZING fight choreography. Honestly, the fight scenes were the best and most natural I’ve seen in DC. The story is a bit jumbled but so is the mind of #HarleyQuinn. Great to watch tla movie that focuses on the female gaze! pic.twitter.com/Lag2jCRpnX

Birds of Prey (and the Fantabulous Emancipation of One Harley Quinn) hits theaters on February 7th.