The Best Anime To Watch When You're Feeling Sad - Nerdist

The Best Anime To Watch When You’re Feeling Sad

Are you exhausted on an existential level? Does this seemingly never-ending winter fill you with sadness? Has a medical professional told you your anime levels are dangerously low? If so, don’t worry, because these are the best anime guaranteed to turn that frown upside-down.

On today’s Explainiac, we’re going to showcase anime that will water your crops, clear your skin, and cure your depression. Well, maybe not all of those things, but these are definitely the best feel-good anime you can watch. If your favorite feel-good anime isn’t on this list, yes, it’s a personal attack and I’m sorry you had to find out this way.

A Place Further Than the Universe

If the cold weather is getting you down, simply watch this delightful anime about a group of high school girls who overcome all manner of adversity to join an Antarctic expedition. This relentlessly upbeat series has its fair share of emotional moments, but you’ll always come out the other side feeling better and filled with a sense of adventure, to boot. So make yourself a nice mug of hot chocolate and settle in for the best series that most people slept on. [Watch on Crunchyroll]

If you’ve watched me talk about anime before, you know that I’m a sucker for any type of sports/competition series. There’s just something about the way anime handles intense sports moments–complete with protracted inner monologues as the game progresses in bullet time–that absolutely kicks ass and puts me in a great mood, and that goes double for the volleyball action of Haikyuu. “But Dan, a volleyball anime sounds dumb as hell,” you might be saying. Well, you’re wrong. Seeing how Shoyo Hinata and his teammates overcome crushing defeats, personal rivalries, and unexpected challenges is a wholesome, incredibly bingeable treat. Which is also how I feel about Extra Toasty Cheez-Its, minus the wholesome part. [Watch on Crunchyroll, Hulu, and Netflix]

Did you ever form a band with your friends when you were younger? Did you not necessarily know how to play your instrument, but didn’t let that stop you anyway? Then you’re in good company with K-On!, which tells the story of Yui, a carefree high school student who joins her school’s music club in spite of having absolutely zero experience. Sometimes the music can take a backseat to Yui and her friends’ antics, but this slice of life story is a great way to tune out the world for a little while and watch as they strive to make tunes of their own. Unless of course your inner band geek is yearning for a more 1:1 parallel, in which case you should watch Sound! Euphonium instead. [Watch on HiDive, Hulu, and Netflix]

If you’re having a bad day, simply sit down on your couch, turn on an episode of Jojo’s Bizarre Adventure–any episode really–and proceed to laugh your entire butt off as the musclebound mayhem unfolds before your very eyes. Whether you’re trying to decipher its preposterous musical references like Robert E.O. Speedwagon, losing your mind over the non-Euclidean geometry behind their signature poses, or cackling with glee because you were expecting something else, but it was Dio all along, Jojo’s Bizzare Adventure is a guaranteed serotonin spike. [Watch on Crunchyroll, Hulu, Viz]

How many times has this happened to you? Have you ever been a 30-year-old man with no direction in life who suddenly discovered after your grandfather passed away that he had another secret daughter? If so, you might be Daikichi Kawachi, the star of Usagi Drop. When no one in Daikichi’s family wants to look after Rin, the aforementioned secret daughter, Daikichi takes it upon himself to become Dadkichi. What follows is a genuinely heartwarming story of an unconventional family that perfectly captures all the little moments in life in a way that will leave you feeling all warm and fuzzy inside. [Watch on Crunchyroll]

If Food Wars is entirely too horny for you, then Yakitate Japan is exactly what the doctor ordered. This series is all about an aspiring young baker named Azuma with unnaturally hot hands. Again, not a sex thing. It’s some weird prophesied thing called the “Hands of the Sun.” Because anime. Anyway, Azuma takes “let’s get this bread” to a whole other level. He has had a lifelong obsession with bread and his dream is to create a unique Japanese bread that can stand up to iconic breads from around the world. So if you love carbs as much as I clearly do, this delightfully silly culinary comedy is a crust-see. [Watch on Crunchyroll]

That’s right, folks, a calligraphy anime! There really is an anime for everything. In this case, it follows the saga of Seishuu Handa, an arrogant, narcissistic young calligrapher who loses his temper so badly that his dad sends him to the countryside to cool off and examine his behavior. This slow-paced story of a young man coming to terms with himself and the simple joys of community is a breath of fresh air in a medium that can so often be frenetic, fast-paced, and frantic. Its expert balance of heart and humor makes this series about the unlikeliest of subjects a surefire way to put a smile on your face. [Watch on Funimation]

When the moon hits your eye like a big pizza pie, that’s anime. I’m sorry to literally any Italian person watching. Aria takes place in the far-flung future of the 24th century when mankind has colonized Mars, now known as Aqua. Set in the city of Neo Venezia, a recreation of Venice, Aria tells the story of a group of young women who work as gondola tour guides because, as I mentioned, this takes place in a recreation of Venice and they really committed to the bit. Anyway, if I had to describe this series in a word, it would be “peaceful.” Watching this legally counts as a mindfulness activity because its chill pace and the relaxing way it unfolds make for the perfect way to unwind after a stressful day. [Watch on Crunchyroll]

What are most slice-of-life anime missing? If you said “robotic caretakers” and “talking cats,” then I’ve got good news for you: Nichijou has all of those and more. This slapstick comedy series carries the Azumanga Daioh torch with its lighthearted, silly storytelling that follows the daily lives of a group of people in the town of Tokisadame. Relentlessly charming and laugh-out-loud funny, Nichijou’s madcap sensibility will banish the blues to another dimension. [Watch on Funimation]

Imagine if someone could bottle the unexpected zen of farming games like Stardew Valley and Harvest Moon and channel it into an anime. That’s exactly what Silver Spoon does. Fullmetal Alchemist creator Hiromu Arakawa’s follow-up series is pure bliss. It’s the story of a studious city-slicker who decides to enroll in an agricultural school, expecting a lighter academic workload. But in the countryside, he gets more than he bargained for and learns the value of hard work, natural living, coming to terms with anxiety about one’s future. Come for the fish out of water comedy, but stay for thoughtful life lessons and, of course, this adorable pig named Pork-Bowl. [Watch on Crunchyroll and HiDive]

And there you have it, folks: some of the very best feel-good anime that you can put into your eyeballs so you can cheer up and carpe the ever-loving heck out of that diem. Which is your favorite? What would be on your list? Let me know in the comments below. 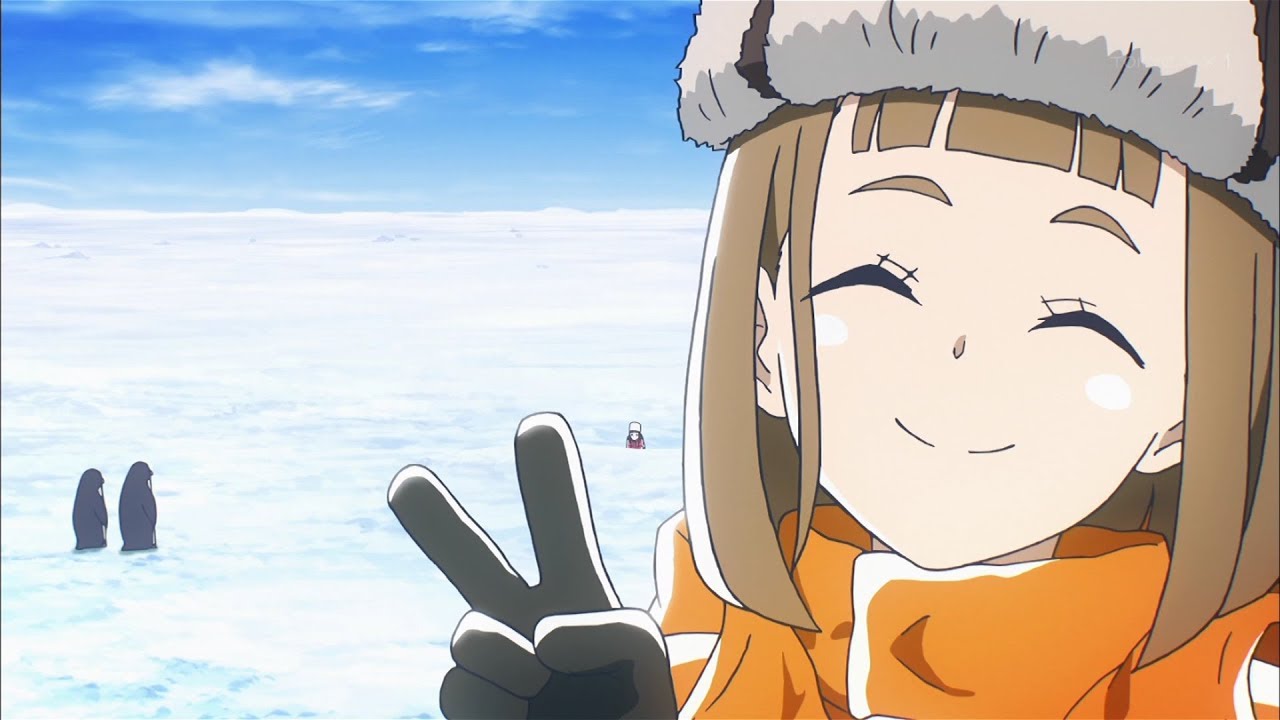 Explainiac airs every Thursday. For past episodes about everything from WandaVision theories to deeply silly pop culture deep dives, click here to explore our archive.