8 of the Most Imaginative Anime Series on Streaming Right Now

When I was a kid, the only way you were getting a copy of your favorite anime was a $20 mail-away coupon for a VHS that would inevitably have bad fanscan subs. Luckily, it’s 2018 and now there are so many streaming services that we’re often completely spoiled for choice. One of the best things about the huge scope of offerings is that we can explore brilliant entertainment from around the world, often without even having to subscribe to a niche service, meaning that we can watch incredible anime with just the touch of a button. As a treat for you we’ve rounded up some of the most imaginative, fantastical, funny, and sweet series that are streaming on Hulu, Netflix, and Amazon right now! 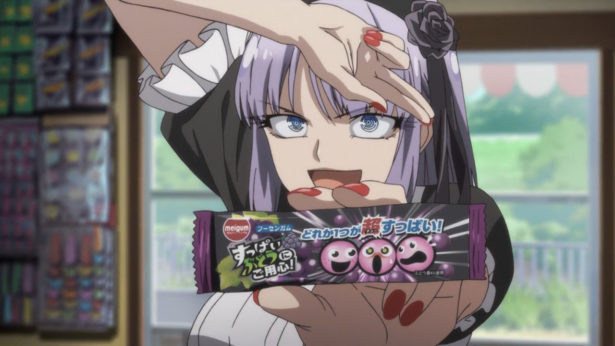 This wonderful shÅnen anime tells the story of a young man, Kokonotsu, who dreams of being a mangaka but instead is expected to take over his father’s sweet shop. His life is turned upside down when a young woman from the famed Shidare Corporation turns up trying to recruit Koko’s father Yo, and tries to convince Koko to take over the family business by sharing her love of sweets and snacks. Colorful, inventive, and downright odd, this is easily one of the best anime of the last few years.You can stream Dagashi Kashi on Hulu 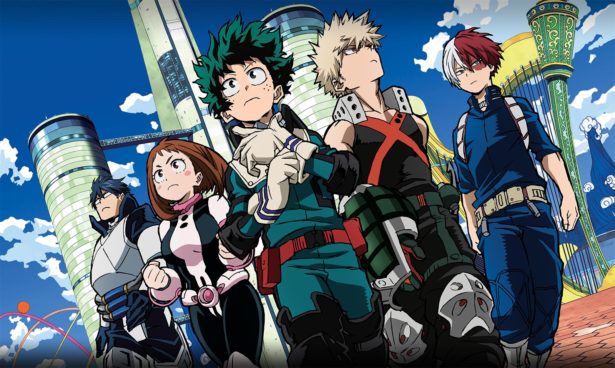 Probably one of the most successful and popular anime of recent years, My Hero Academia is set in a world where superpowers (known as Quirks) are a part of everyday life. We follow Izuku Midoriya who dreams of one day becoming a legendary hero, though he doesn’t have any powers. That is until he’s given a Quirk by the world’s mightiest hero! Sitting somewhere between Dragonball Z and X-Men, we follow the kids through their hero training at the prestigious U.A. High School. It’s a whole bundle of fun.You can stream My Hero Academia on Hulu 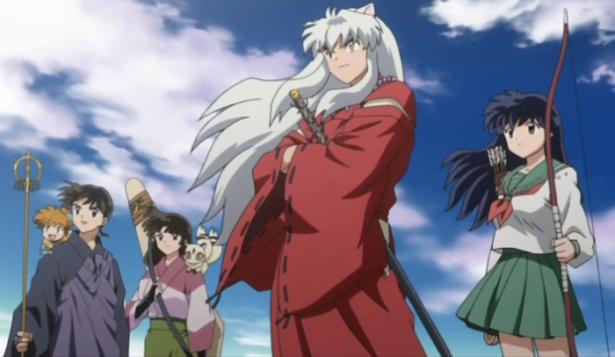 Based on the manga series by one of the best of all time, Rumiko Takahashi, this gorgeous show weaves a time-hopping tale of love, friendship, and of course epic battles. Kagome Higurashi is just a normal 15-year-old girl from Tokyo until she falls down a well at her family shrine and ends up in feudal Japan. Teaming up with the half-demon dog Inuyasha, the pair embarks on a massive adventure to beat an evil demon who’s trying to collect the mysterious Shikon jewel shards. Gorgeously animated and full of incredible characters, this is an unmissable classic.You can stream Inuyasha on Hulu 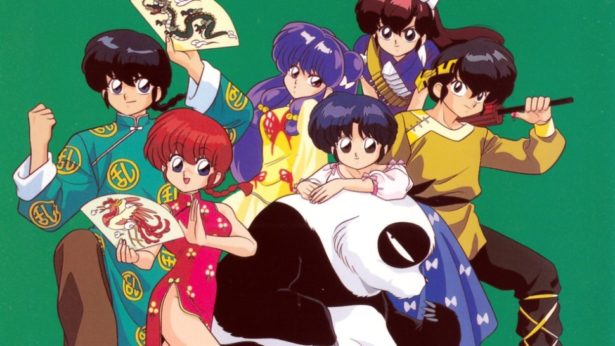 Another anime from the mind of Rumiko Takahashi, this hilarious and touching series begins when Ranma Saotome and his father Genma fall into cursed springs and take on the forms of a young girl and a panda who drowned there centuries before whenever they come into contact with cold water. As you can imagine this gets them into a lot of interesting situations, especially as Ranma is promised to one of the three daughters of a local doju owner, Soun Tendo. A mix of comedy, romance, slice of life, fantasy, and fighting, there’s nothing quite like Ranma 1/2.You can stream Ranma 1/2 on Hulu 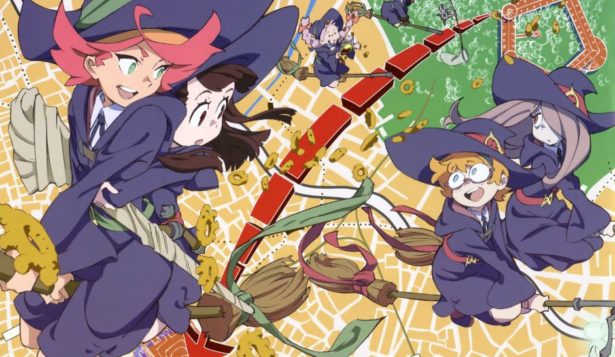 One of the sweetest and most charming anime we’ve seen in a long time, this is a must for fans of magical stories like Harry Potter and The Worst Witch. When Atsuko Kagari enrolls at the Luna Nova Magical Academy to pursue her dreams of becoming a witch, things take an unexpected turn when she finds a magical relic left behind by her hero Shiny Chariot! A gorgeous tale about a young girl who just wants the world to believe in magic again, this is a perfect holiday binge watch.You can stream Little Witch Academia on Netflix 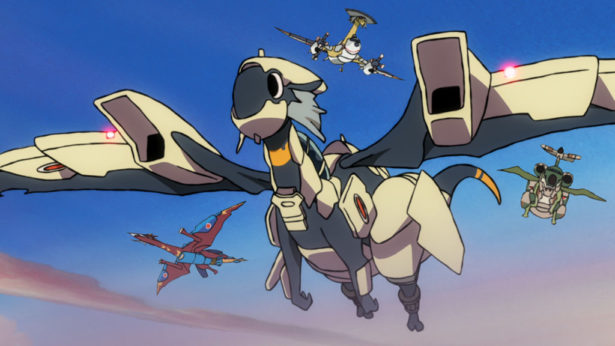 There are a lot of great anime about young people piloting incredible mech, but none are quite like Dragon Pilot: Hisone and Masotan. It follows an insular young woman training in the Japanese Airforce; she spends most of her time alone until a dragon, who’s part of the airforce’s stealth Organic Transformed Flyer program, picks her to be their pilot. However, what’s most unusual about the dragon/pilot relationship is that the pilot must be swallowed by their armor-wearing dragon… so if you want a cute all-ages fantasy vore show, then you’re in luck.You can stream Dragon Pilot: Hisone and Masotan on Netflix 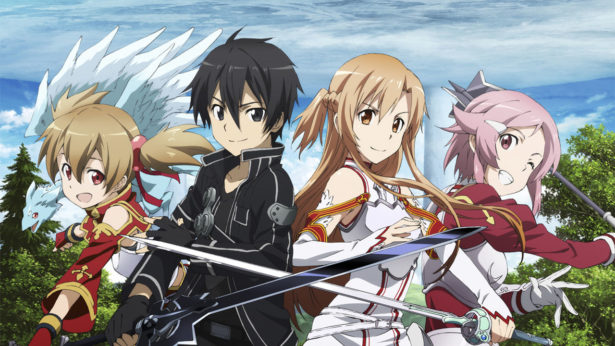 This expansive and engaging offering throws us into a near future during the launch of a giant virtual reality massively multiplayer online role-playing game. During the launch of the high tech gaming system, 10,000 of the players become trapped inside and have to battle their way out by finishing the game. It features incredible animation, a massive roster of characters to care about, and the whole thing feels like playing an immense immersive RPG with your guild.You can stream Sword Art Online on Netflix 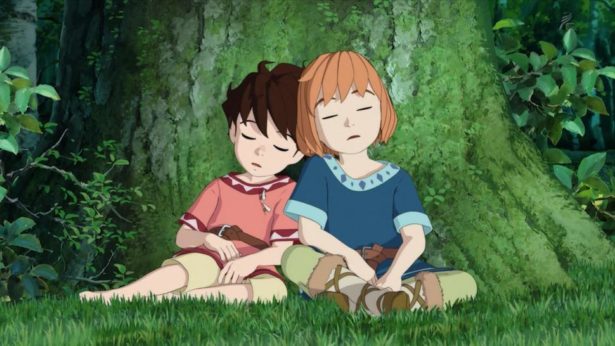 Studio Ghibli’s first animated series might not be for everyone, as the computer animated cell shaded animation is different from their classic hand drawn style. But the cute character designs and beautiful landscapes are every bit as lovely as their classic movies. Ronja is the daughter of the leader of a clan of thieves who dwell in the lush woodlands of Early Medieval Scandinavia, and this sweet series focuses on her adventures as she explores her surroundings and discovers the magic all around her. Perfect for younger viewers or those who enjoy fairytales and strong women.You can stream Ronja the Robber’s Daughter on AmazonWill you be watching any of our suggestions? Already a big fan? Just want to tell us about the ones we missed? Let us know!