It’s going to be a Dark Elf Summer! Wizards of the Coast has announced a summer-long celebration of all things Drizzt Do’Urden. He’s one of the most iconic Dungeons & Dragons characters to ever grace the pages of countless books and D&D campaigns. The dour drow made his first appearance in R.A. Salvatore’s Forgotten Realms novels and he’s been stealing the hearts of D&D fans ever since. 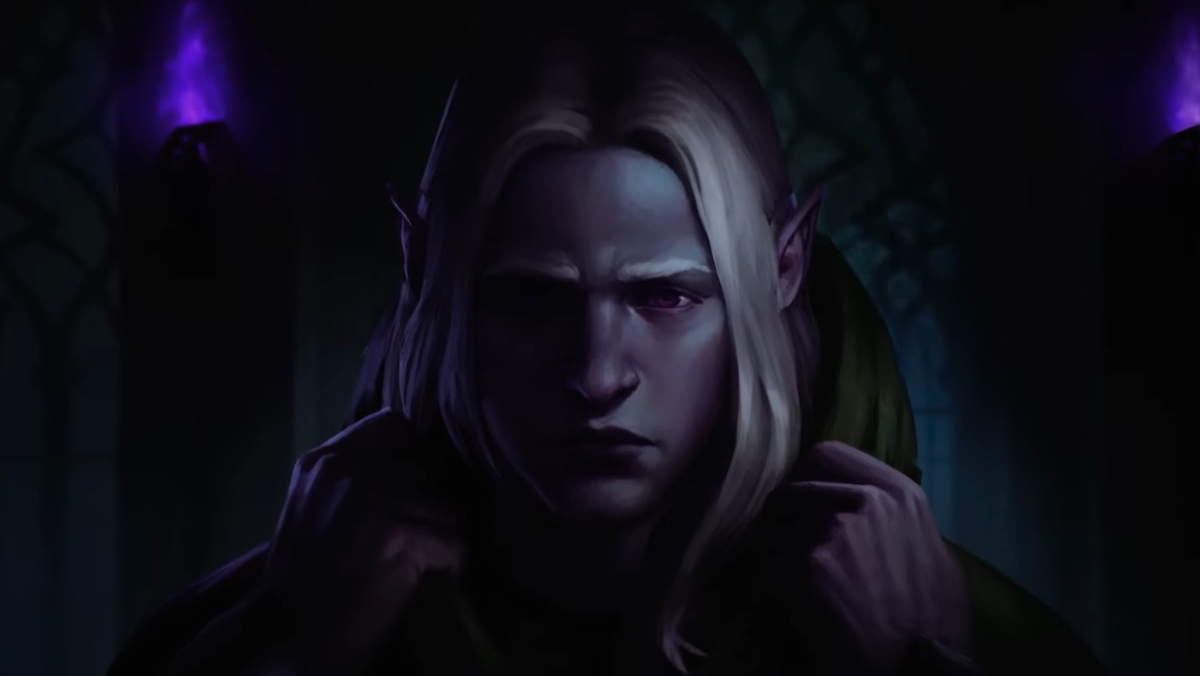 This summer’s Legend of Drizzt party begins with an incredible animated short that illustrates the story of Drizzt’s dark early days. You’re not hearing things. That is the mellifluous, unmistakable voice of Benedict Cumberbatch brilliantly telling the tale. Take a listen.

Salvatore himself penned “Sleep Sound.” We meet Drizzt Do’Urden when he is young, before he eventually escapes Lolth’s dreadful domain to find his fate on the surface world. There he meets Bruenor Battlehammer, Wulfgar, and the arrow-slinging Catti-brie. His life will never be the same again.

You’ll also find Drizzt and his companions on consoles and PC on June 22 in the sword-swinging action RPG Dark Alliance. Drizzt then takes center stage in a brand new R.A. Salvatore Legend of Drizzt novel, Starlight Enclave, this August. For news on these releases and so much more, watch All Things Drizzt hosted by friend of Nerdist B. Dave Walters.

Dungeons & Dragons is fresh off its biggest year ever. Over 50 million players have taken a seat at the table! With D&D Live planned for July in conjunction with G4, a television series, and a star-studded blockbuster movie in the works, there’s no better time to be a D&D fan.

Kelly Knox is a freelance entertainment writer in Seattle, WA who writes for  Star Wars, DC Comics, and more. Her first book,  Marvel Monsters, comes out this July from DK Books. Follow her on  Twitter for really bad puns, pop culture coverage, and more.