This Is How Different DUNGEONS & DRAGONS Classes Would Fire Arrows - Nerdist

This Is How Different DUNGEONS & DRAGONS Classes Would Fire Arrows

We don’t want to admit how many times we’ve watched this video. David the Arrow Bard has taken to TikTok to show us what beloved Dungeons & Dragons character classes would look like slinging arrows in real life. And wow, his video has us dying of laughter. Anyone who’s ever forgotten to cast Hunter’s Mark before shooting, this one’s for you. 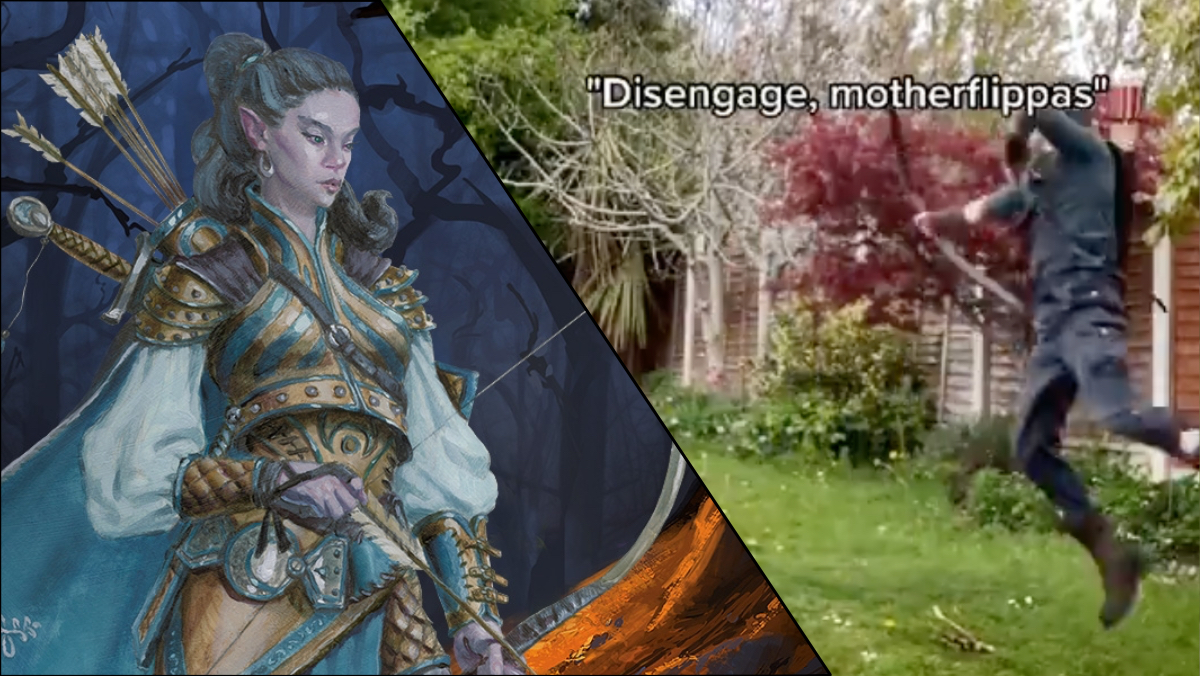 Wizards of the Coast/David the Arrow Bard

David the Arrow Bard, who goes by blumineck on TikTok, put together a compilation of how D&D classes like the ranger, fighter, cleric, and more wield a bow. He absolutely nails it. Watch until the end for a spicy surprise!

Does the last one count as a thirst trap? Asking for a friend 😂 #dnd #dungeonsanddragons #nerd #archery #fyp #gaming

Did you watch it a few times in a row? It’s okay. So did we. We can’t decide if our favorite part is the saucy bard or the barbarian simply chucking the arrows at the target.

David is obviously a veteran D&D player who knows the pain joy of rolling to attack with a bow. He’s also a skilled archer in real life and incredibly graceful on the pole. All together that makes him super entertaining to watch and an instant follow on TikTok.

You’ll find other nerdy-themed archery videos from David the Arrow Bard, like this ode to Hawkeye with a few subtle references to Matt Fraction and David Aja’s now classic run. If you know, you know.

Warning: The song is NSFW.

Additional Dungeons & Dragons, training montages, and so much more can be found on David the Arrow Bard’s phenomenal TikTok account. He always hits the mark. (We couldn’t resist.)

Kelly Knox is a freelance entertainment writer in Seattle, WA who writes for  Star Wars, DC Comics, and more. Her first book,  Marvel Monsters, comes out this July from DK Books. Follow her on  Twitter for really bad puns, pop culture coverage, and more.