Coming straight from Tim Burton’s 1989 ground breaking film, Batman officially joins the Mezco Designer Series. The MDS Deluxe 1989 Batman stands approximately 6” tall and features 12 points of articulation, and features an oversized head. It comes packaged in a window box, perfect for display. He also  features an all-new movable eye function, so he can give the bad guys his legendary side-eye glance! 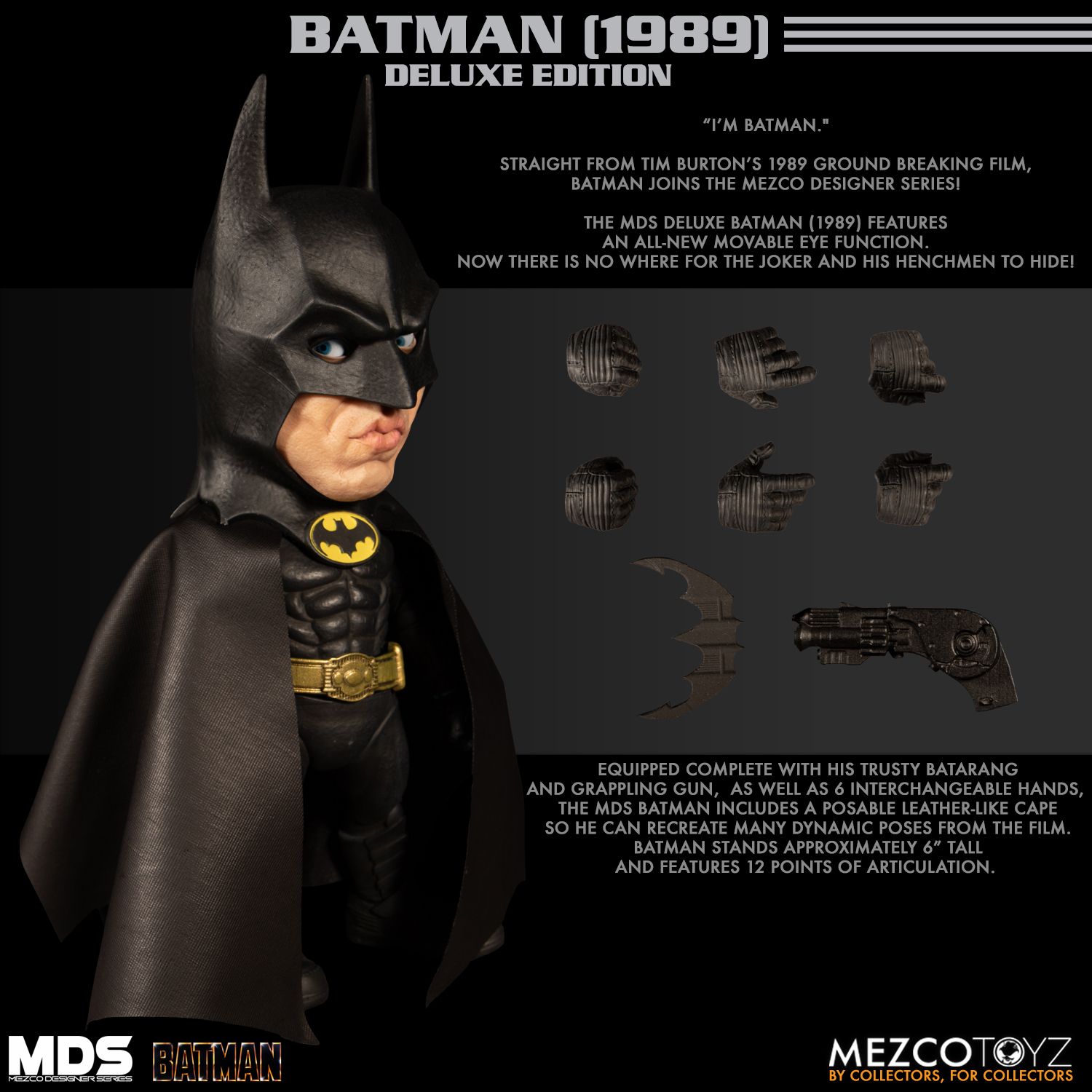 Equipped complete with his trusty Batarang and grappling gun, as well as 6 interchangeable hands, the Mezco Designer Series Batman includes a posable leather-like cape so he can recreate many dynamic poses from the film. You can check out several images of the new (and frankly adorable) figure down below. 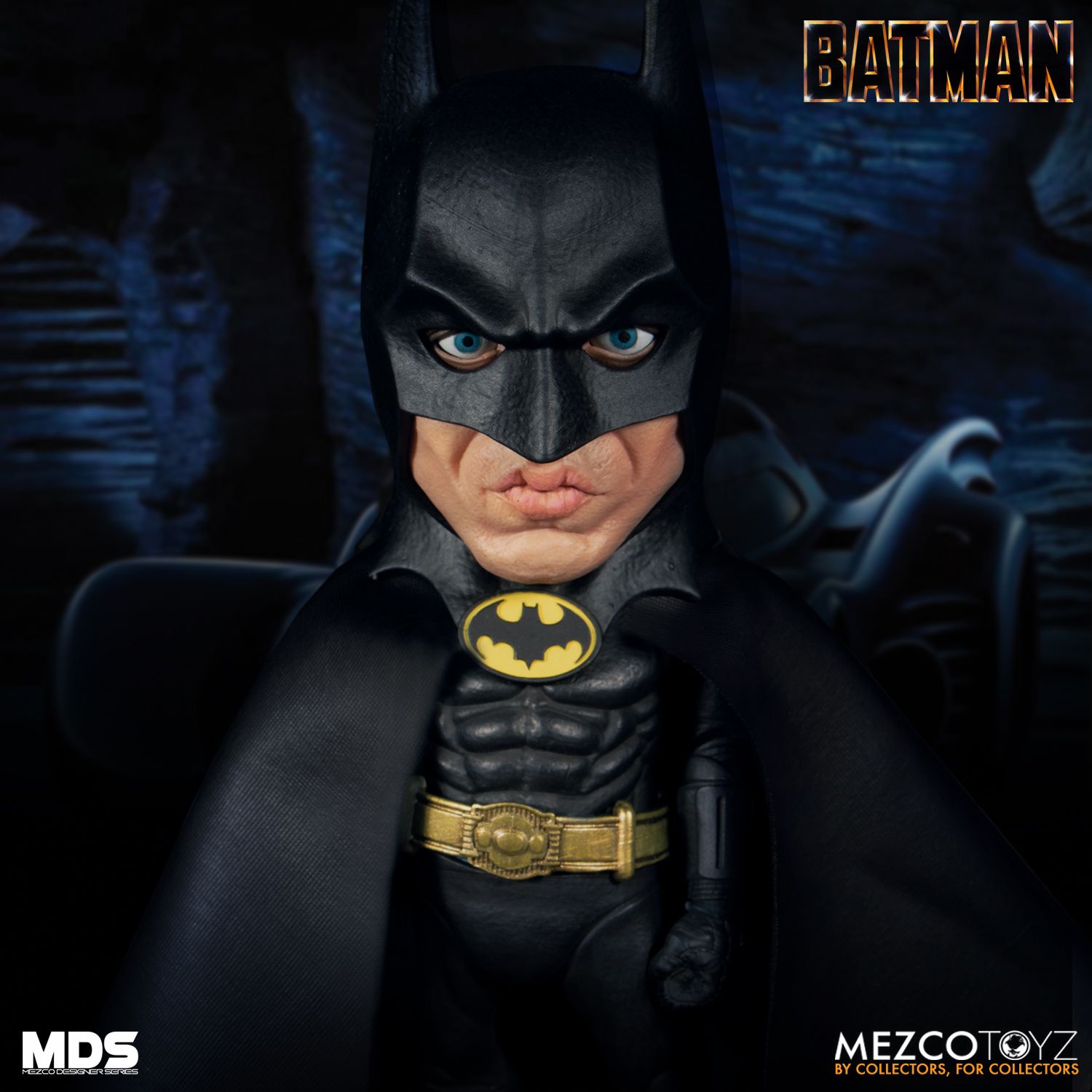 This year marks thirty years since Michael Keaton first donned the cape and cowl of the Dark Knight in Tim Burton’s Batman, changing superhero cinema forever. And although there have been many great cinematic Caped Crusaders since 1989, for many fans no one can truly top Michael Keaton’s original portrayal of Bruce Wayne. He should even play older Bruce in a Batman Beyond movie! Now for all the hardcore fans of the first cinematic Batman, Mezco Toyz are giving them their due.  This rendition of the Dark Knight is a true, adorable treat. 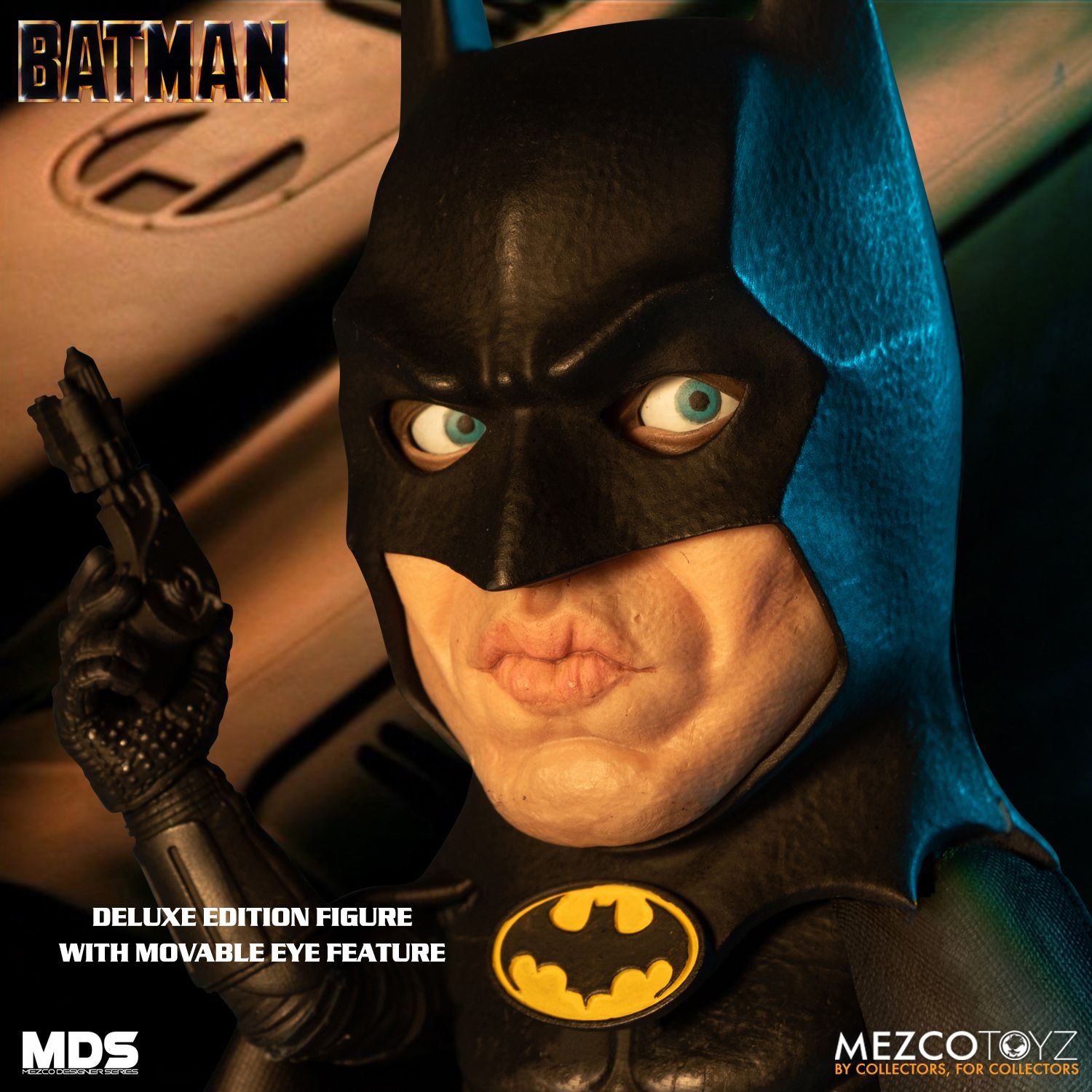 Now that we’re getting a 6″ version of Bat-Keaton, here’s hoping that Mezco Toyz gives us similar iterations of Jack Nicholson’s Joker, Michelle Pfeiffer’s Catwoman, and Danny De Vito’s Penguin to complete the Tim Burton era Batman characters. Heck, throw in Jim Carrey’s Riddler and Tommy Lee Jones’ Two-Face while you’re at it. We don’t think that lil’ Keaton Bats deserves to sit on the shelf alone with that signature pout! He needs his iconic rogue’s gallery with him! 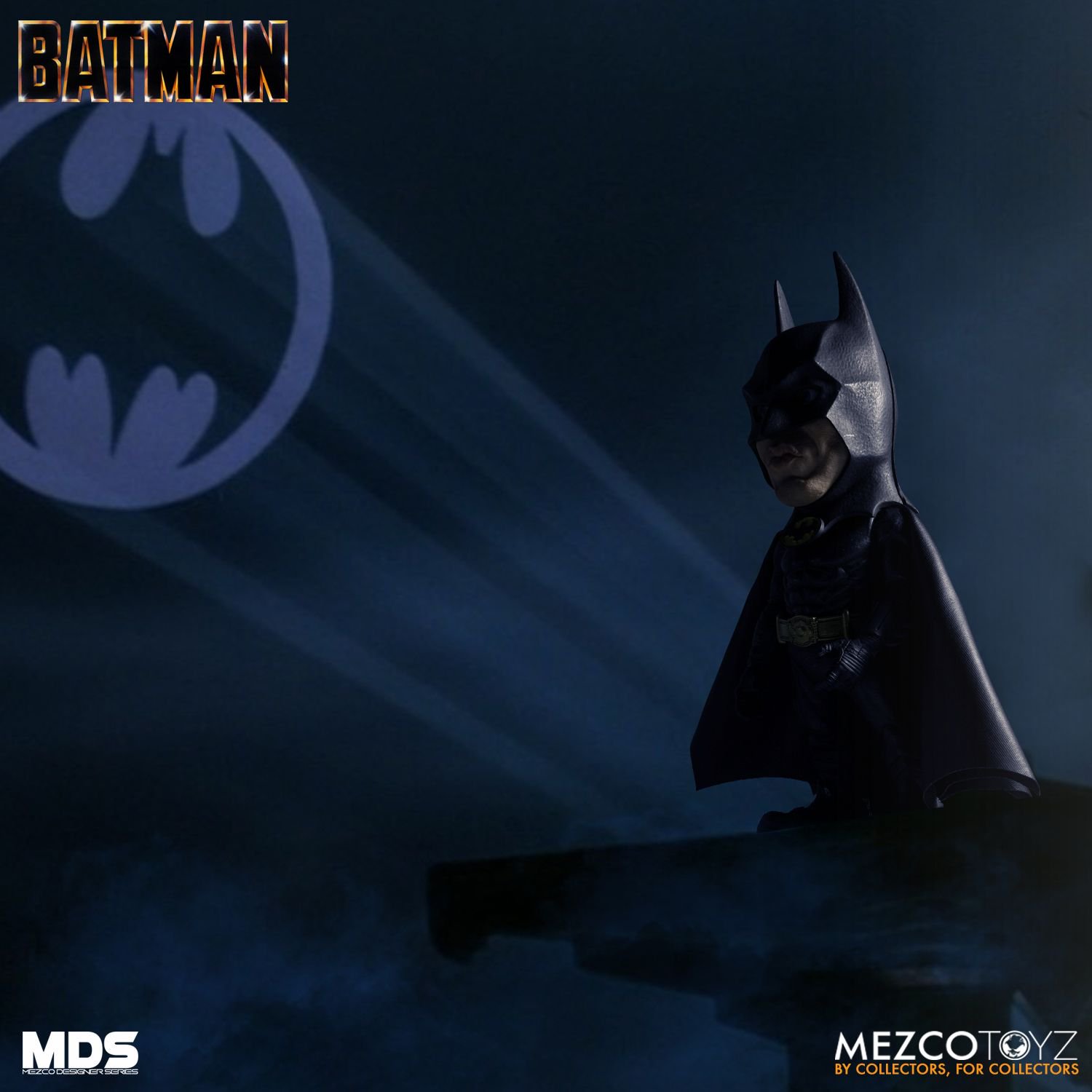 You can pre-order the MDS Deluxe Batman for $38 at this link. It is expected to ship from Dec of this year to February of 2020. 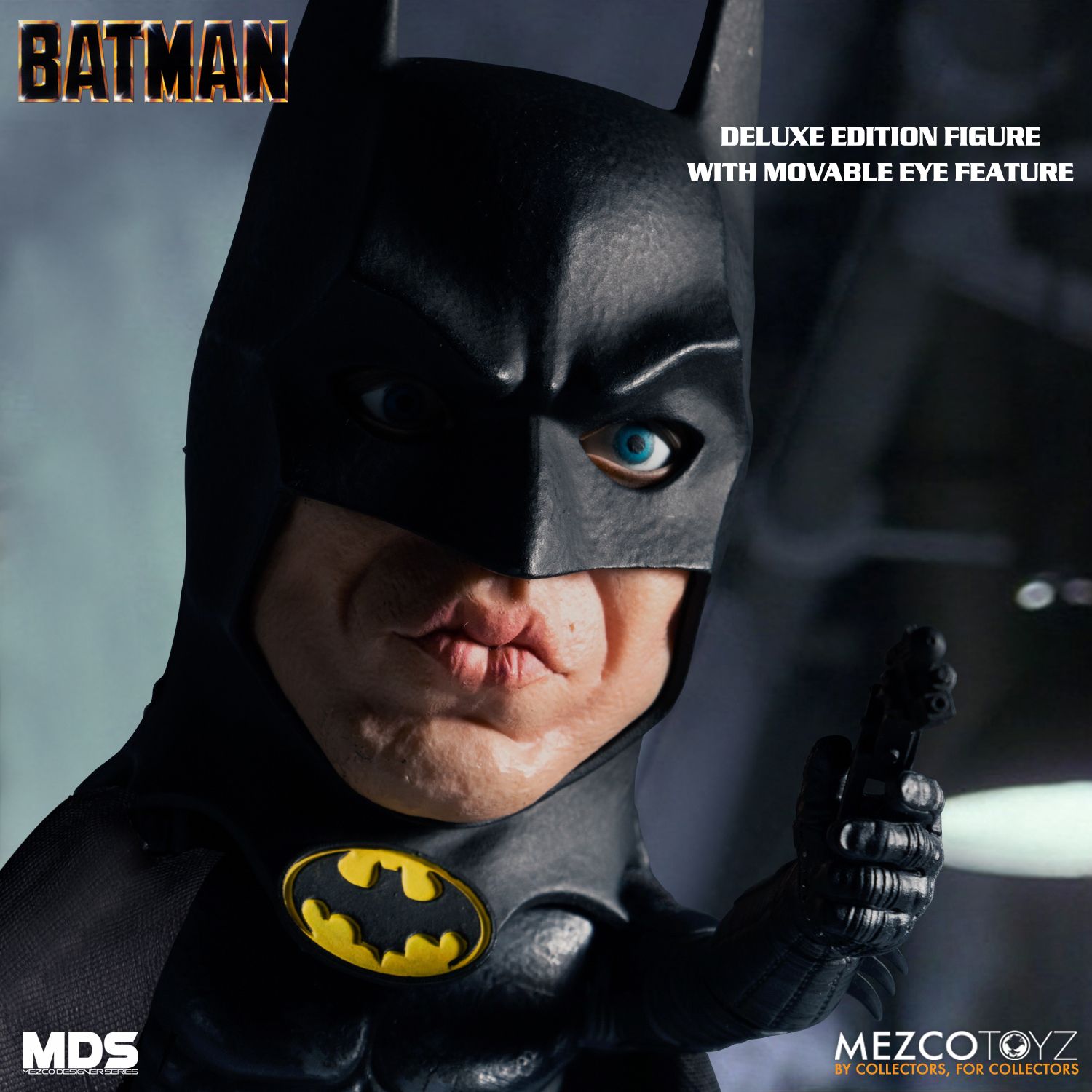 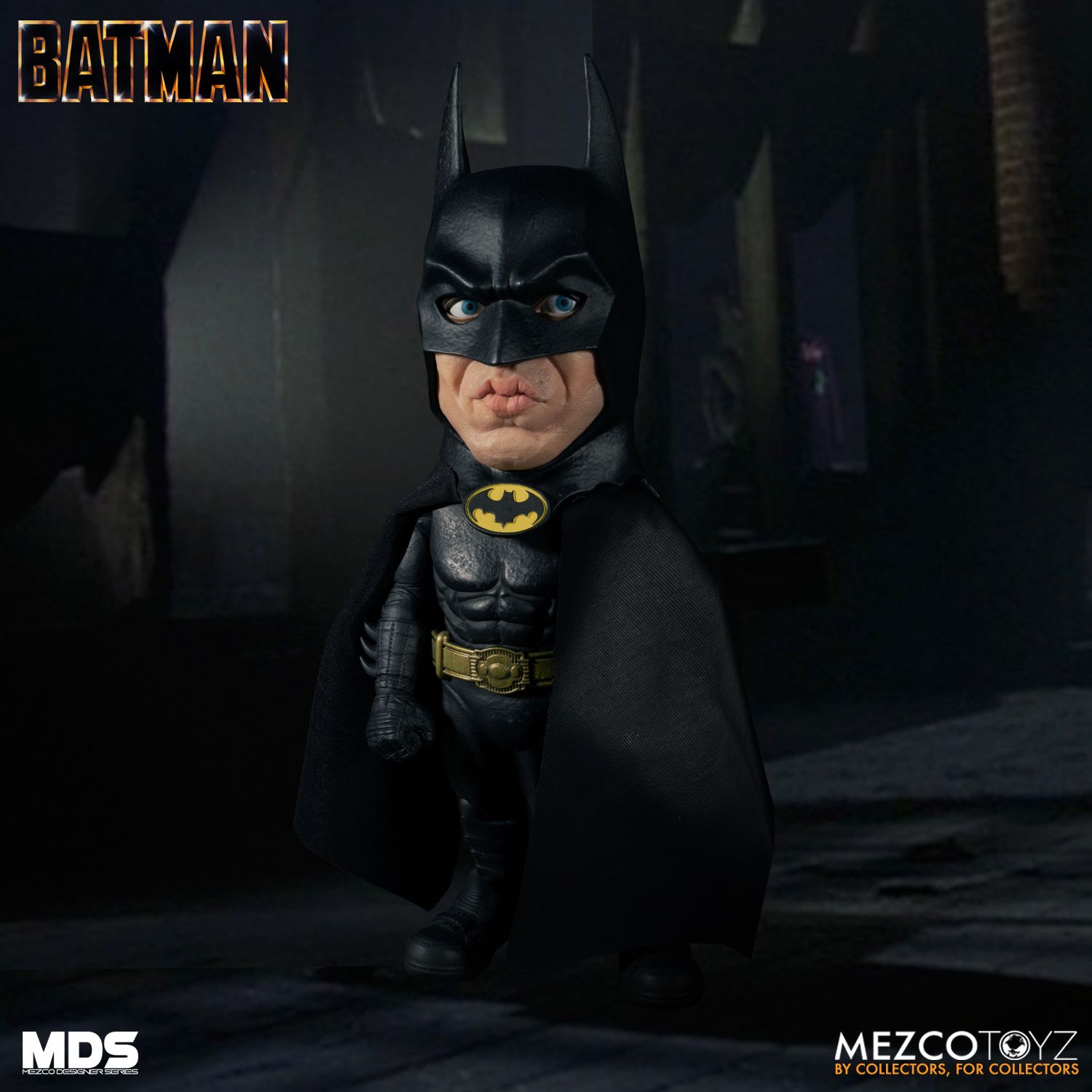 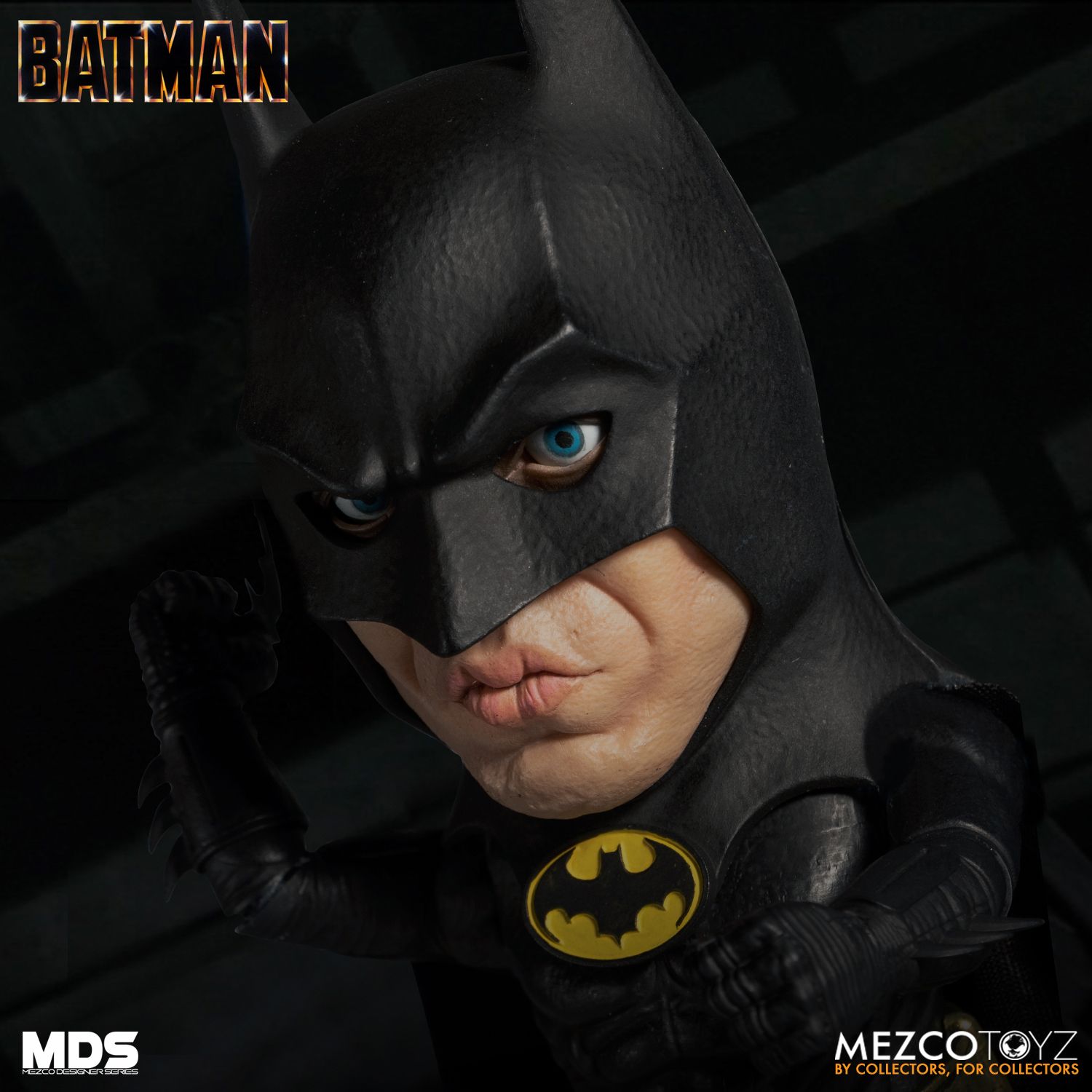