Thirty years ago this week, Tim Burton’s Batman absolutely changed the game for summer blockbusters forever. Maybe more importantly, Batman also changed how big tentpole movies would be marketed to the public for all time. After Batman, the studios realized that not every movie’s poster or billboard needed elaborate art to sell itself, but instead easily identifiable logos; Hollywood began treating films like brands to buy into rather than stories to experience. But more even than this, the Batman marketing told the world you had to see this film, or else be excluded from the cultural conversation.

Batman was hardly the first summer mega-blockbuster. That honor goes to Steven Spielberg’s Jaws. And although Jaws had a similar pre-release marketing onslaught, its campaign was mostly images of a shark looking to eat an unassuming swimmer. It told you exactly what the movie was about in one simple image illustrating a story beat; Star Wars and subsequent blockbusters took the same route. Star Wars had something like six different release posters, all showcasing the multitude of characters and vehicles the movie would unleash on audiences.

With Batman, Warner Bros knew they had a kind of built-in awareness that few movies did at the time, given the character’s status as a cultural icon. The Bat-Signal emblem was one of the most famous logos in the world already; they leaned into it hard. 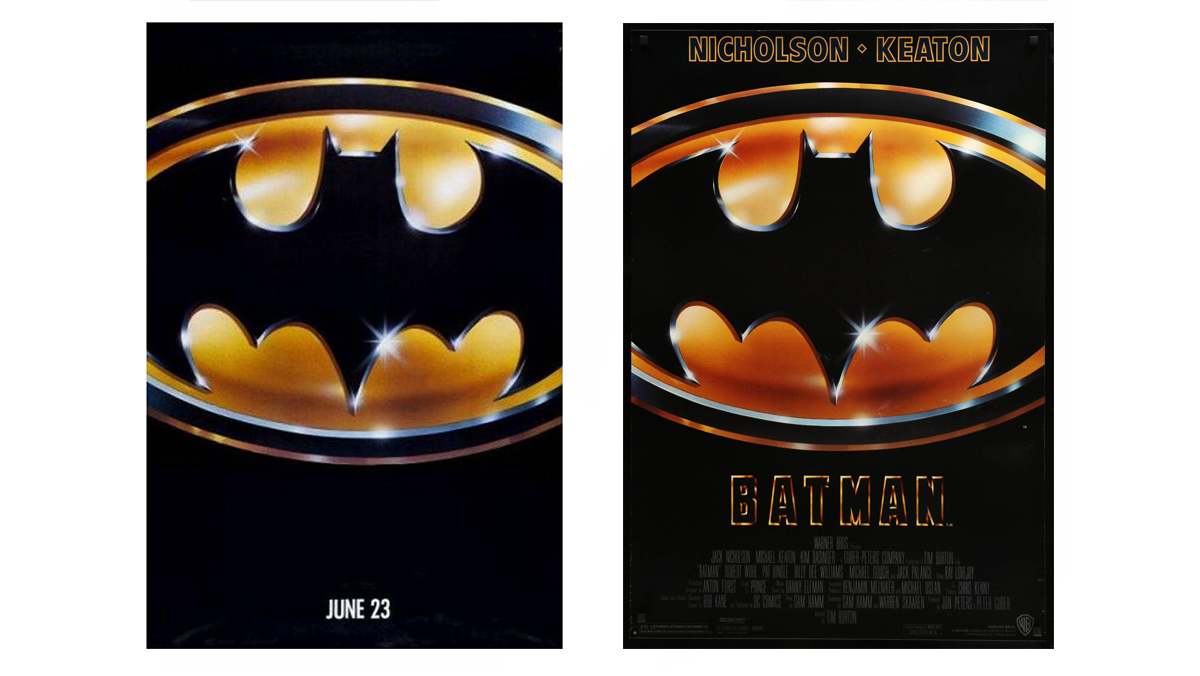 Both the teaser poster and the final movie poster showcased the exact same image: a raised version of the Bat symbol, redesigned with a metallic sheen. It let you know that this was still the Batman you remembered, but that something was different. The symbol wasn’t just plain fabric like Adam West’s old chest emblem. This was sleek and sexy, and definitely more modern. It was telling the audience: This was something you already love, but updated for today.

In early 1989, before the film’s release, the Bat-Signal was everywhere. It was as ubiquitous as the golden arches of McDonald’s or the Coca-Cola logo. By releasing posters and billboards months ahead of the film’s release, it signaled that Batman was an event years in the making, and an event you had to be a part of. And wisely, by putting the release date squarely on the poster as the only identifiable text, it drilled into everyone’s brains exactly the day they needed to start lining up at their local movie theaters.

The campaign worked beyond Warner Bros’ wildest dreams. Before the movie came out, “Batmania ’89” had swept the country, and T-shirts with the Bat logo were selling like hotcakes. News reports showed men with the symbol shaved into the sides of their heads. The black and gold logo was seen on cereal boxes, baseball caps, and on the backs of jackets. There were stickers, coffee mugs—you name it. If there was something they could attach that Bat-Signal to, they did.

The image of the Bat-Signal was also the cover of Prince’s soundtrack album, which was No. 1 on the charts for six consecutive weeks, and which sold over 11 million copies worldwide. Now, Prince was a popular artist in 1989, but his previous albums outside of Purple Rain didn’t sell nearly as well as his Batman soundtrack did. A lot of that can be traced to the fact that anything with the Bat-Signal on it was selling like crazy to the masses.

My own personal anecdote for how serious the hype machine for Batman was, and the power of that symbol, can be found in my freshman year high school yearbook. At least five of my classmates sketched a drawing of the Bat-Signal next to words, “June 23” in their messages. Now, everyone at my school knew I was a big comic book nerd, but those kids who drew these symbols in my yearbook were “normies” who didn’t know the difference between the ’60s TV Batman and what was soon to come their way. They were proof positive that marketing campaign had worked beyond all measure.

The effects of the Batman marketing campaign were instant. The following year’s Dick Tracy poster had a similar simple graphic: a profile of the character’s face with the famous yellow fedora. Jurassic Park’s ad campaign stuck to the dinosaur head logo, and in the summer of ’93 that was slapped onto everything. But nothing ever quite matched the success story of Batman in terms of its pre-release marketing. 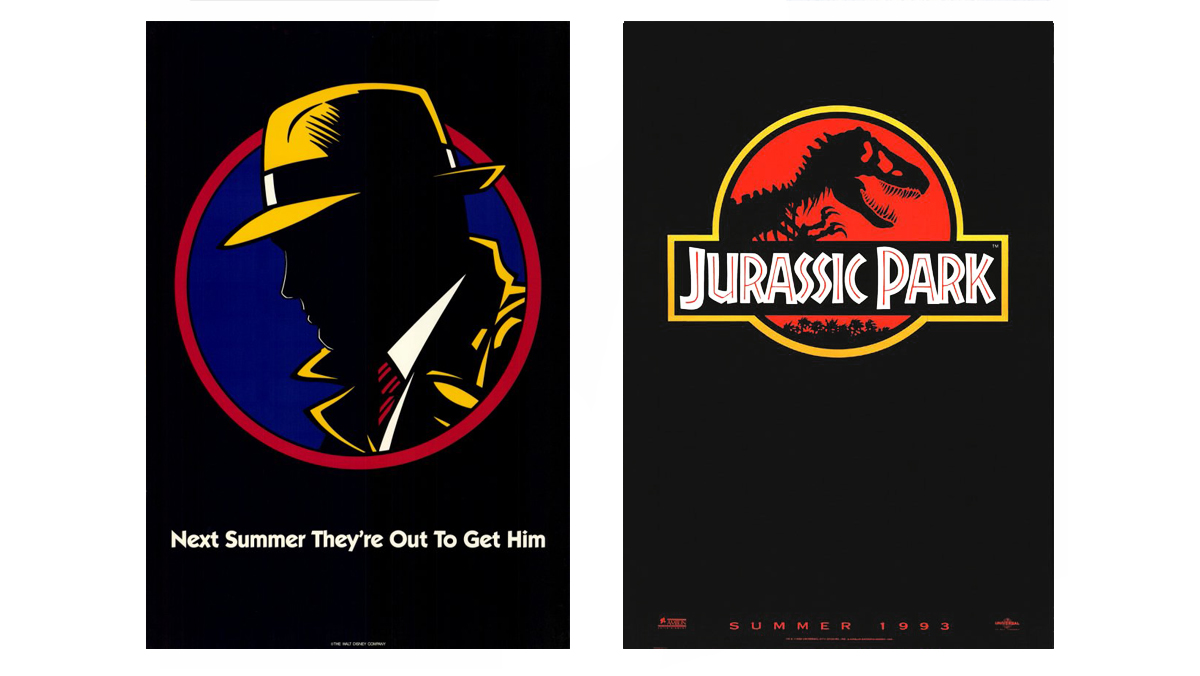 The legacy of the marketing campaign can still be felt today, even if the simple strategy pioneered by Batman isn’t used as frequently anymore. 2006’s Superman Returns tried to use the S-shield as the cornerstone of its marketing, but it didn’t work nearly as well. And there are just too many blockbusters, both in theaters and on television, for one movie to suck all the air out of the room quite like that ever again.

But you can still see vestiges of that successful strategy from 30 years ago in many of the Disney live-action remake films, for example. The early marketing for this summer’s Aladdin? It was just an image of the magic lamp, but given a sparkly new coat of paint, and that film did gangbusters at the box office. The legacy of 1989’s biggest blockbuster movie lives on.