Holy deleted scenes, Batman! Mark Hamill has shared an old storyboard sequence he worked on for Batman 1989. The clip—originally intended as a bonus on the DVD release of Tim Burton’s film—was uploaded onto YouTube in 2006. Hamill, who just discovered the footage recently, shared the link with fans. The video features two familiar voices—those of Hamill and Kevin Conroy, who voiced the Joker and Batman in the ‘90s animated series—and depicts the introduction of none other than Robin.

This rare clip from an early draft of the 1989 Batman movie introduced Robin but was later scrapped. @RealKevinConroy & I voiced the storyboards for the sequence- most likely for a bonus on a DVD release. I’m seeing it today for the very 1st time. ENJOY. https://t.co/o2zFR7Fw8W

According to the introductory message, Batman was supposed to briefly introduce Robin during the final act of the film. The scene got close enough to reality to warrant storyboards before production, but was eventually scrapped. Robin didn’t necessarily help Batman in the sequence, nor did he have a major effect on plot. So, our favorite Boy Wonder didn’t make it into the final cut of Burton’s film.

With Conroy’s and Hamill’s voices, sound effects, music, and camera movement, this scene really comes to life. Batman chases after Joker à la John Wick—on horseback! Always the clever one, Bruce leaps across the skyline, deftly assembling his costume before riding on a police horse after Joker. Alfred makes a brief appearance to hand something to Batman as the Joker speeds through Gotham. Trying to fend off the bat, the Joker drives straight towards a New Year’s celebration, featuring the Flying Graysons. 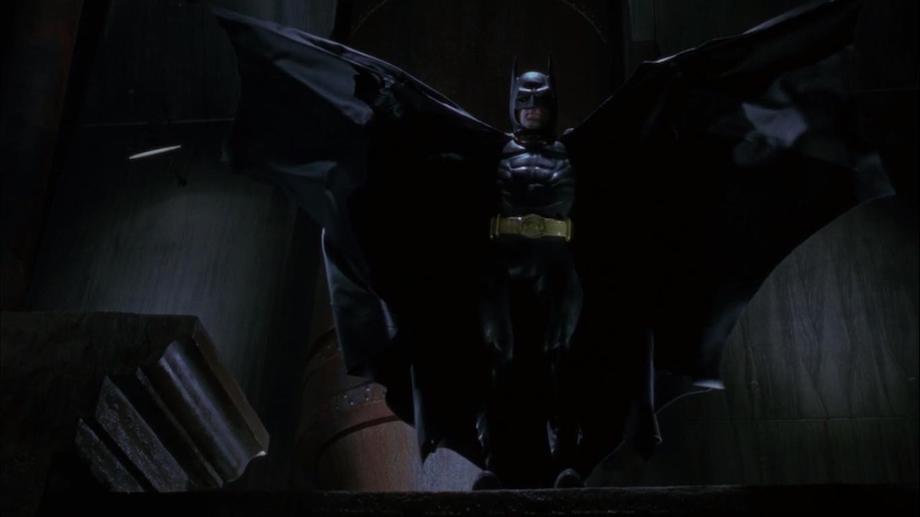 Joker, trying to fend off Batman, sets off fireworks, resulting in a fiery fury that kills Grayson’s parents. Batman manages to stop the young boy before he reaches Joker, who threatens to kill the boy. Joker hints at their final duel, as well as his connection to the Bat, before leaving. Batman flies after him, leaving a mournful Grayson on the streets.

Although this chase scene was quite exciting, we get why Robin’s introduction was ultimately cut. Since Batman was the first film of the franchise, the focus really should be on the caped crusader. The boy wonder did eventually make it into the cinematic universe, first appearing in the Kilmer-led 1995 Batman Forever. Instead of the Joker causing the demise of Grayson’s parents, Two-Face is responsible. Even though we get why it was cut, we still wished this scene made it into the film. Yes, for Robin, but also so we could see Batman ride that horse.