Get a Sneak Peek at THE ART OF STAR WARS: GALAXY'S EDGE - Nerdist

Get a Sneak Peek at THE ART OF STAR WARS: GALAXY’S EDGE

Bright suns, weary traveler. Maybe you haven’t been to Star Wars: Galaxy’s Edge in a while. Perhaps you’re missing Batuu and the reaching petrified trees of Black Spire Outpost. If so, I have a way to help you visit. My next book, The Art of Star Wars: Galaxy’s Edge (featuring a foreword by Walt Disney Imagineering portfolio creative executive Scott Trowbridge!) will fly onto shelves soon. It’s a look behind the scenes at hundreds of images that Lucasfilm and Imagineering created while they were dreaming up Batuu and its bustling spaceport. And when I say hundreds, I mean hundreds. This book is packed with ideas for Galaxy’s Edge’s attractions, shops, and more—and also with art for blue sky possibilities. And today I can exclusively share a sneak peek at a few images from the book. 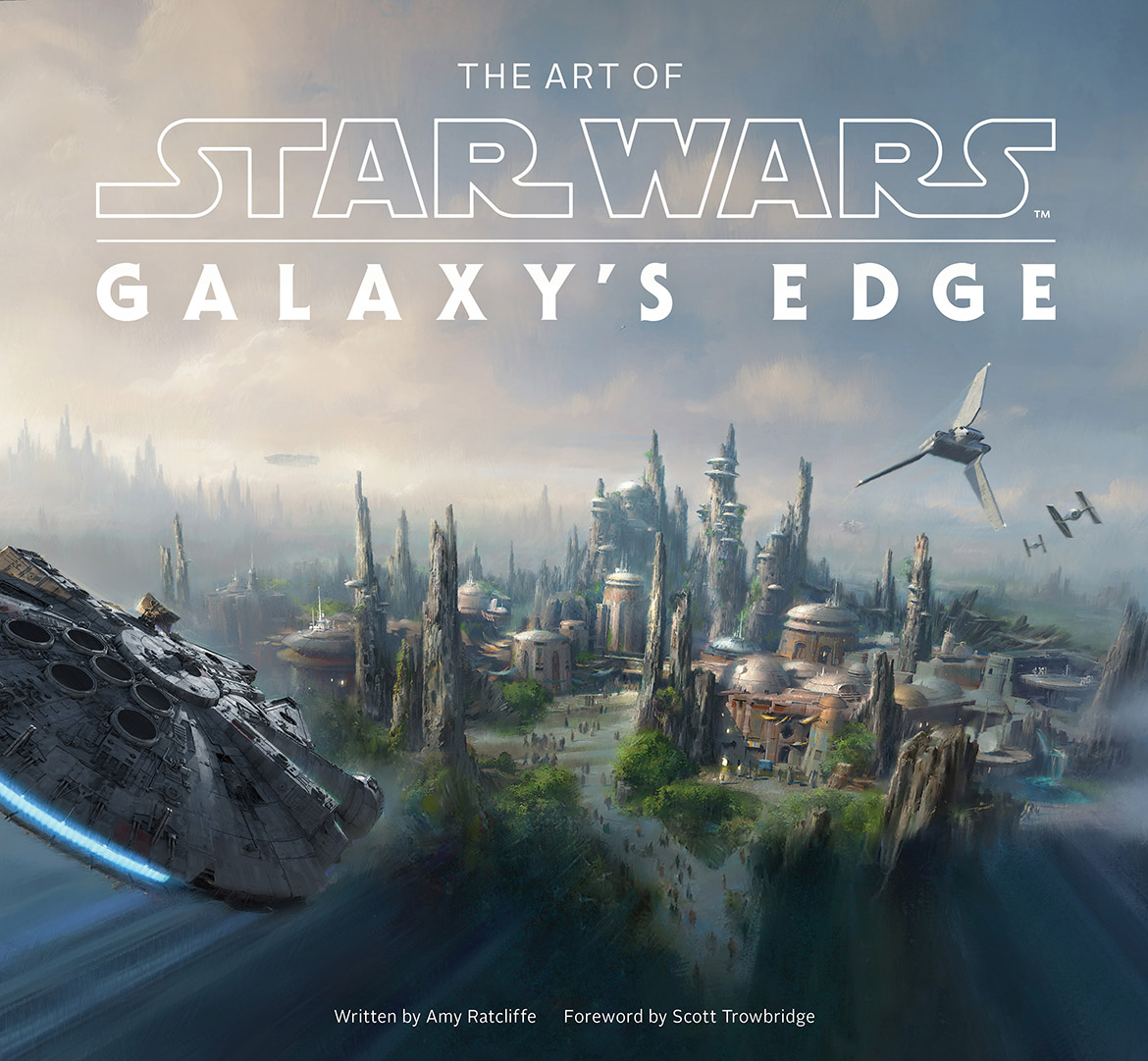 The Art of Star Wars: Galaxy’s Edge includes everything from photographs, to rough layouts and sketches, to character designs, to gorgeously detailed full-color concept art. The same team that works on Star Wars movies at Lucasfilm and ILM joined forces with Imagineering to, well, imagine the immersive theme park land at Disneyland and Disney’s Hollywood Studios. They went big with their ideas, throwing a ton of possibilities at the wall. Concept art is all about exploration. About shaking off convention and constraints and seeing what happens. So, in that spirit, let’s take a look at one idea for Savi’s Workshop, the experience in Galaxy’s Edge where guests build lightsabers.

This idea illustrated by concept artist Eduardo Pena puts Huyang from Star Wars: The Clone Wars in the experience. In a particularly memorable arc of the animated series, Huyang led younglings in the practice of building a lightsaber. 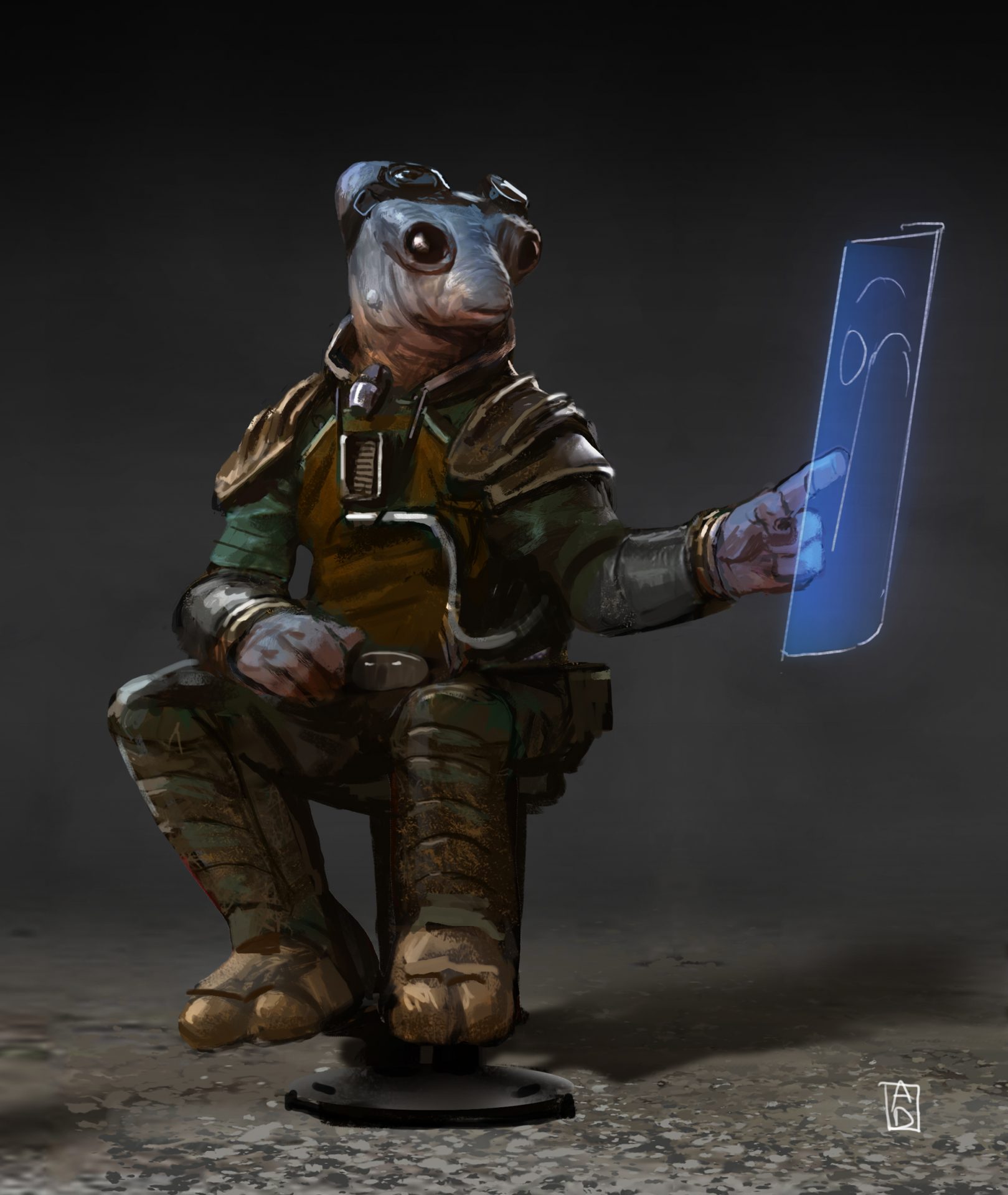 Let’s travel to the shop beside Savi’s: Droid Depot, run by an unseen proprietor named Mubo. An Utai who recently appeared in the Tales from the Galaxy’s Edge VR experience, Mubo is the boss at Droid Depot. You don’t see him in the parks, but Imagineering and Lucasfilm still explored what he might look like. ILM senior concept artist Andrew Domachowski created this illustration of Mubo. 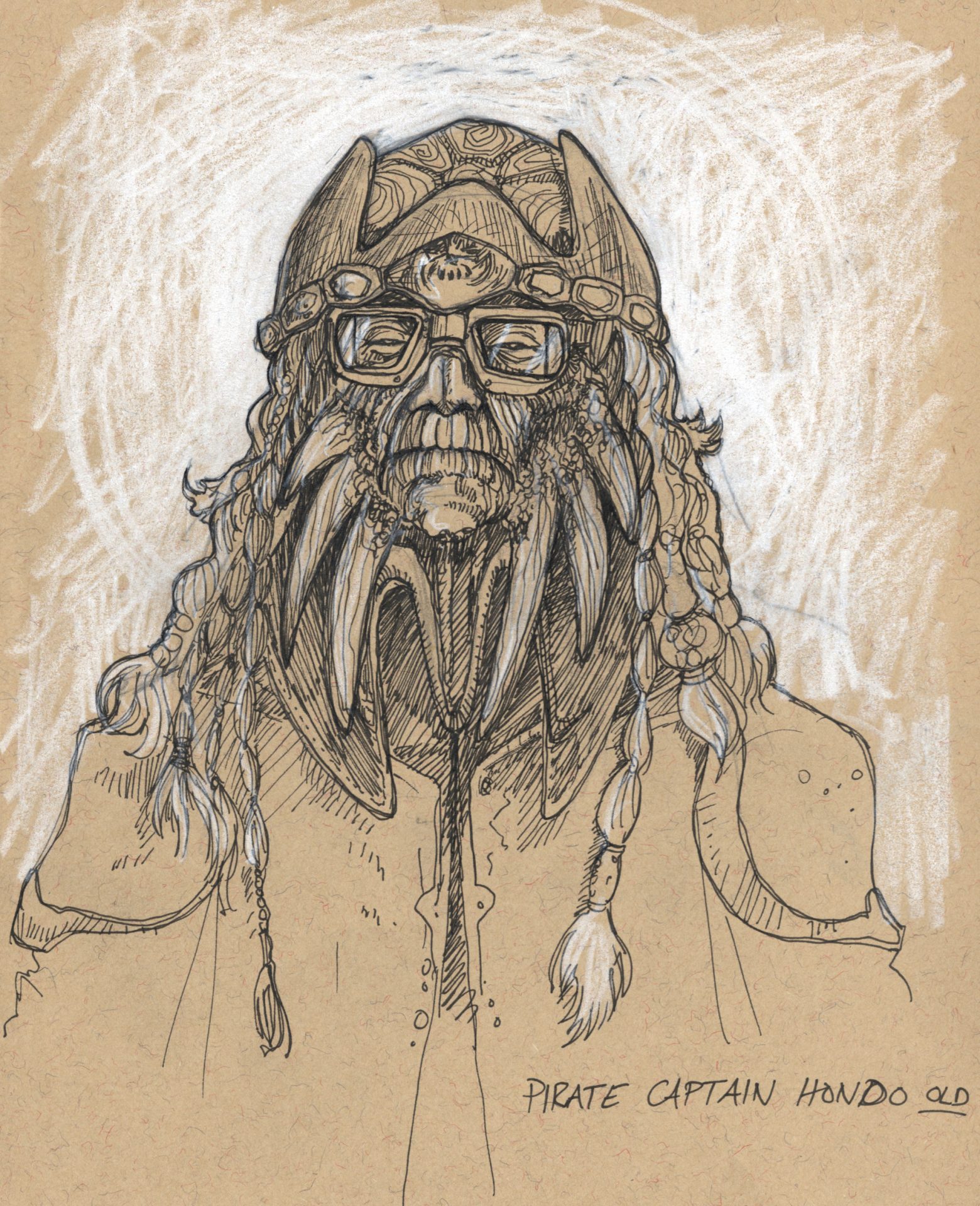 Then onto another of Black Spire Outpost’s colorful characters: Hondo Ohnaka. He’s running a respectable business now and stars as a central character in the Millennium Falcon: Smugglers Run attraction. None other than Dave Filoni created the above art imagining what an older Hondo might look like after his decades and decades as a pirate. 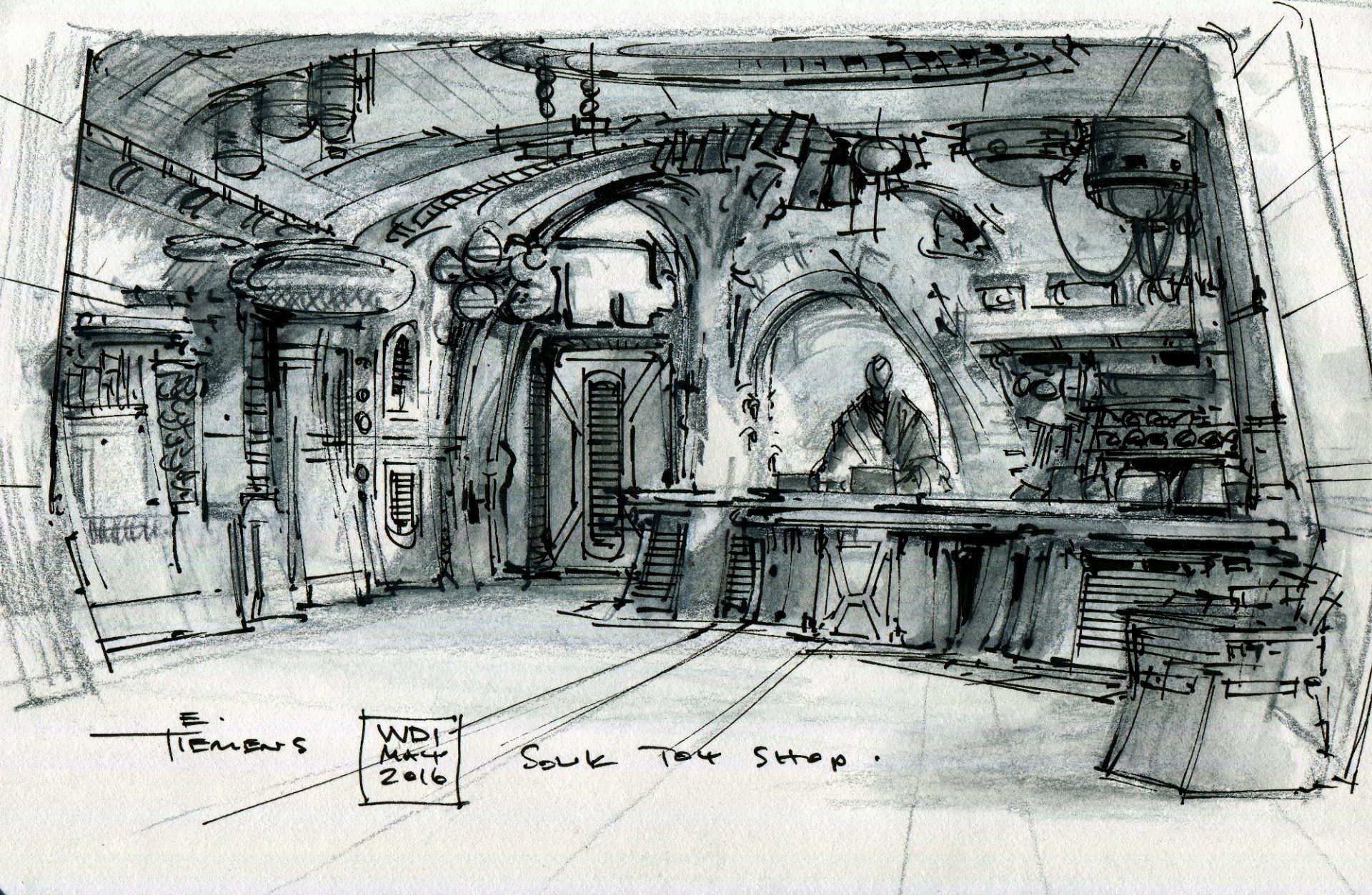 Last but not least, an exploration of a souk toy shop by Lucasfilm concept design supervisor Erik Tiemens—whose work you’ll see frequently throughout the book. This is one idea for a toy shop in Black Spire’s busy market. I so enjoyed seeing these rougher sketches. And Tiemens completed many of them over the years of development for Galaxy’s Edge.

You can learn more about some of these images and see many, many more pieces in the book. I can’t wait for you to flip through the pages. The Art of Star Wars: Galaxy’s Edge arrives on April 27. It’s available for pre-order now.