Another Gigantic Alligator Spotted on Golf Course in Florida

Florida—a.k.a. America’s Australia—has wild weather, dangerous microorganisms, GMO mosquitos, and, of course, tons of alligators. Here, for example, is one of the mondo crocodilians strolling across a golf course, not giving a fudge about onlookers. And while we can’t be sure this is the same now-famous gator spotted in 2016 in the state, we have our suspicions.

WINK News meteorologist, Matt Devitt, hit Twitter with the above images of the giant alligator. It seems that multiple golfers riding in a car spotted the alligator while it was enjoying a stroll through the heavy rains of Hurricane Eta. (Eta, incidentally, is quite terrifying in its own right.)

Unfortunately, despite the pictures above, and the brief video below, it’s not clear how large the gator is; there isn’t much nearby the gator that can be used as a size reference. Despite the lack of clean angles, however, it’s likely quite huge going by what Florida natives have said about it. For example, Twitter user @LittleBlkDres wrote in response to seeing Devitt’s pictures: “As a Floridian, I’ve seen a few gators in my time, but never one that big. His tail alone most weigh 100 pounds. [sic]”

In regards to the possibility that this alligator is the legendary specimen golfers recorded in 2016—26,000,000 views on that sucker—we can only speculate. Obviously people saw both gators in the same state, and even at golf courses only 130 miles apart. (Alligators will travel a long distance for food.) And, on top of that, both gators have the same “big tail” energy that says, “Stay away or I’ll bite off your feet.”

If the gators are indeed one and the same, that would make this beast about 15 feet long. And in terms of weight, perhaps up to 1,000 pounds. These are very speculative numbers, however, and would be hard to verify. Unless we can find a Floridian version of Australia’s brave outback explorers to track, trap, and measure the wingless Drogon. 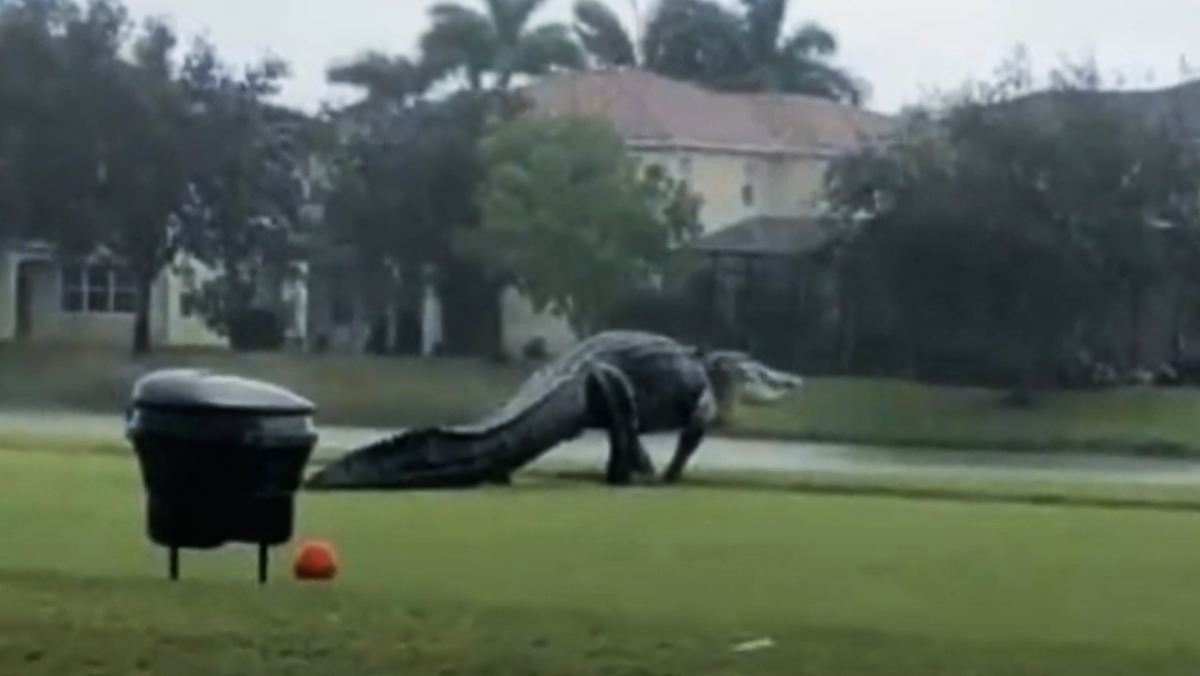