Not too long ago, we brought you the story of how Tested’s Adam Savage got to tour the late, great Grant Imahara’s workshop. Though the legendary electrical engineer and TV personality passed away in 2020, Imahara’s friend Fon Davis has maintained his workshop as an inspiration to those who want to follow in his footsteps. As most Mythbusters fans know, Imahara was a huge Star Wars fan.

Notably, he was a fan of all things involving droids. He even had his own R2-D2, which he slowly built over two decades. Since he operated Artoo in the prequels, he certainly deserved his own version. You can check out Adam Savage’s visit to his late friend’s working space in the video below. The same space where Savage got to meet Grant Imahara’s lucky R2-D2.

As Adam Savage retells in the video, a group of ILM employees wanted their own version of Artoo, built from scratch. The whole project took about twenty years, starting in 2000. This was the same time they shot Attack of the Clones. Many of the builders wound up dropping out of the project in the ensuing years. Mainly because creating an R2 is just really hard work. As Savage said in the video, “it’s a gigantic construction, even for us familiar with the process. Because of the number of parts and pieces…it’s a bear. Even under the best of circumstances.” 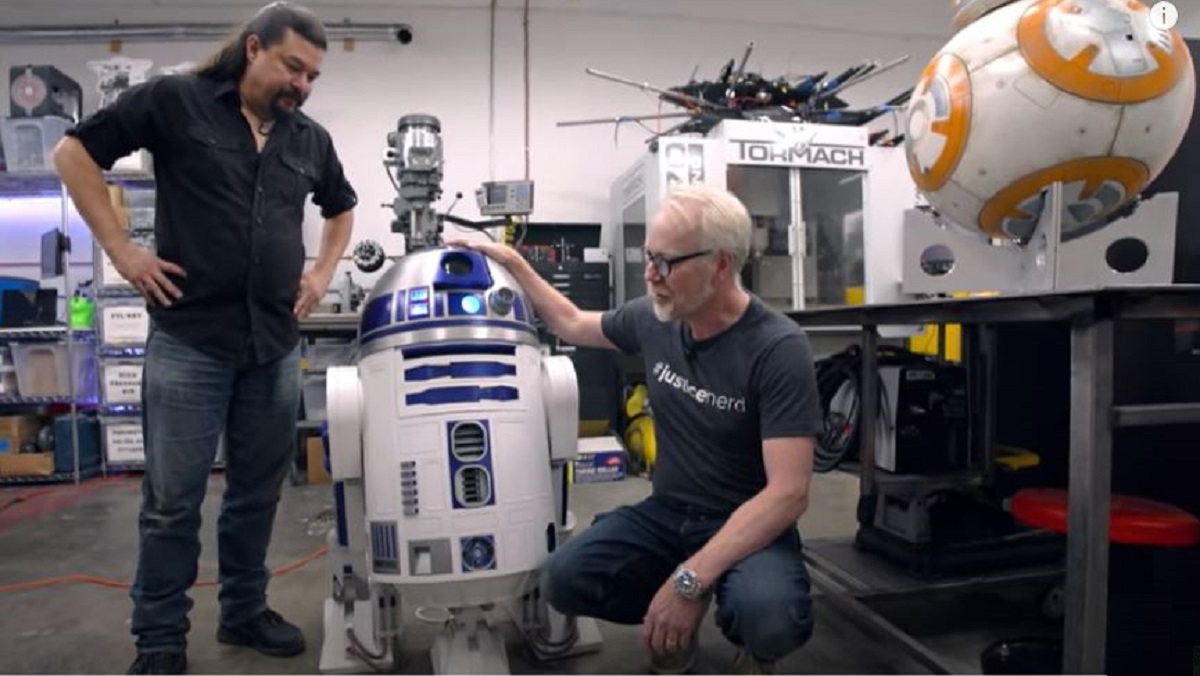 But while just about everyone else gave up trying, Grant Imahara continued on. And before his passing, Imahara finished his R2-D2, which Savage got to visit. The only thing that Imahara didn’t quite finish on his Astromech droid was that he never got around to “dirtying him up.” By which we mean applying an aged paint job. But hey, we can just say it’s The Phantom Menace era Artoo. From a time when he hadn’t been through Clone Wars, harsh Tatooine deserts, and Dagobah swamps. Problem solved!