Dave Filoni Explains Why THE PHANTOM MENACE Is Important

If George Lucas has a successor, Star Wars fans agree that it’s Dave Filoni. The two worked closely together for The Clone Wars, and Dave often credits George for taking him under his wing and teaching him vital lessons about both animation and filmmaking. Dave would go on to play a major role in the productions of Star Wars Rebels and The Mandalorian, and his star (wars) hasn’t stopped rising since.

Dave isn’t just a creator; he’s also a fan of the saga who understands it almost better than anyone. In the latest episode of Disney Gallery: The Mandalorian, Dave took the time to explain George’s vision behind probably the most maligned Star Wars film, The Phantom Menace, and how the fate of the entire galaxy was determined by one lightsaber battle. 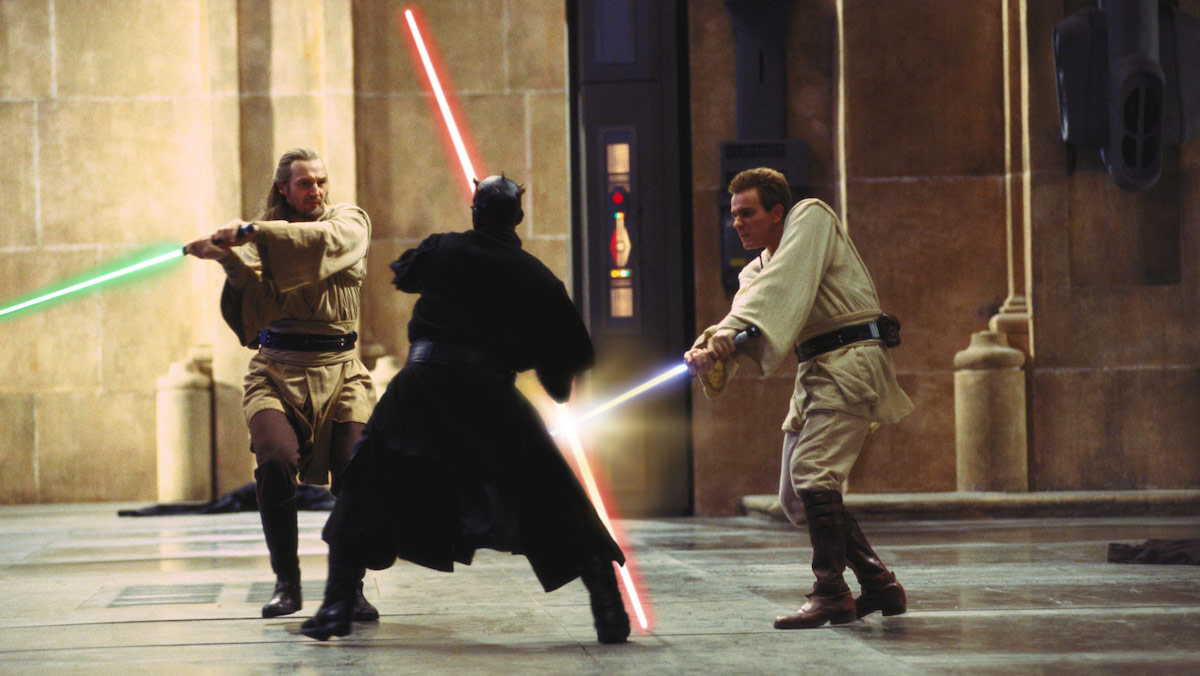 Dave’s explanation caught the attention of none other than Ahmed Best, who portrayed Jar Jar Binks, and he shared a part of the roundtable on Twitter. Listen to Dave and prepare to have your mind changed about The Phantom Menace.

(Note how the other Mandalorian filmmakers have stars in their eyes as they listen.)

The Phantom Menace, and the “Duel of the Fates” battle against Maul in particular, Dave explains, determined how Anakin Skywalker would find his way. He might have turned out differently if he’d had more guidance and affection from Qui-Gon Jinn. The Jedi Master could have been the father Anakin needed to keep him out of the darkness.

How differently? Well, here’s how fan artist “Columbo” imagines the happy family life for Obi-Wan and Anakin had, perhaps, Qui-Gon lived or Anakin made another choice.

AU where everything is fine and Padme left the kids with Obi wan and Anakin bc she’s busy #StarWars pic.twitter.com/vbRSiuqKXW

Dave explains more in length in the second episode of Disney Gallery: The Mandalorian, which is now streaming on Disney+. And if you are willing to give The Phantom Menace another shot—and you should!—you’ll find it on Disney+ as well.