The most important holiday in the galaxy far, far away is nearly upon us. Not, we don’t mean Life Day. We’re talking about  Star Wars Day, “May the 4th Be With You.” For obvious reasons, that date has become a yearly celebration of the franchise. Fans mark the occasion in countless ways, including rewatch Star Wars movie and shows, baking series-inspired food, and paying tribute to Jedi and Sith alike. This year you can also hunker down at home for a full day of activity. Because you’re going to need plenty of time to finish LEGO’s massive new R2-D2 set.

Need a companion to celebrate #MayThe4thBeWithYou? Meet the most wanted droid of the galaxy - https://t.co/9kiJNAHw2l pic.twitter.com/Uq9JsACVn1

LEGO’s newly announced 2,314-piece R2-D2 construction set stands 12.5-inches high, 7.5-inches wide, and 6-inches deep. The company calls it their “most feature-packed LEGO brick version” of the character ever. While kids might love Artoo as much as anyone, this set is aimed at adults.

Packed with authentic details, it also includes a number of moving elements in the best spirit of Artoo’s Swiss Army knife-like body. That includes a retractable mid-leg, rotating head, opening and extendable front hatches, and a periscope that can be pulled up and turned.” But this lovable droid’s coolest feature might be his hidden compartment. It holds—what else—Luke Skywalker’s lightsaber. 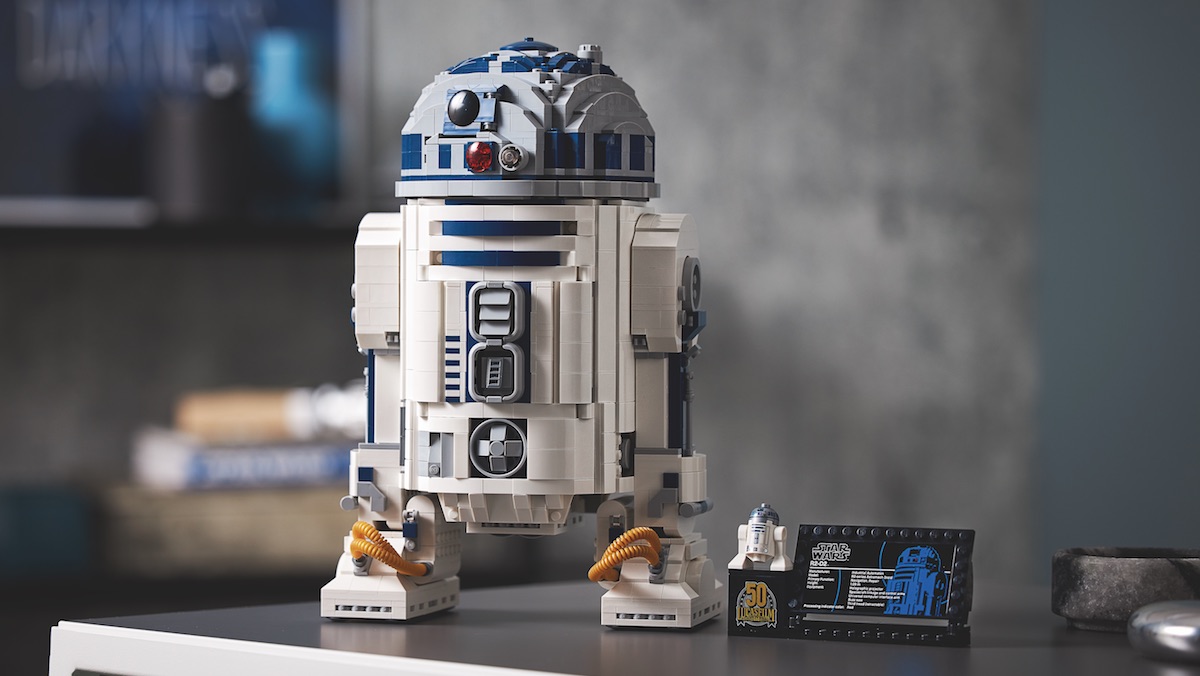 The collection also comes with a buildable display stand. It includes an information plaque about the iconic droid. The set also boasts a mini LEGO droid figure and an exclusive Lucasfilm 50th anniversary LEGO brick to mark the company’s ongoing celebration of the studio’s founding.

That’s a whole lot of droid and a whole lot of LEGO. And it’s coming to stores just in time for Star Wars Day. Starting May 1, you can grab your R2-D2 construction set ($199.99) exclusively from LEGO’s website and stores. That might be an expensive way to celebrate the galaxy far, far away’s most important holiday. But it’s really a long term investment. As detailed as it is, this R2-D2 will never go wandering off into the desert alone.