7 D&D Podcasts That Are All Critical Hits - Nerdist

7 D&D Podcasts That Are All Critical Hits

Dungeons & Dragons livestreams in all their glory tend to run a little… long. Just like your games in real life, telling the story is often intermingled with banter, teasing, and snack breaks. If you find yourself short on time but looking for amazing tales of bravery and adventure told by diverse voices, D&D podcasts might be the stories you’re looking for. Often edited for brevity and given the addition of sound effects and music, you’ll still be hearing those dice rolls, role-playing, and banter. But for much less time and with much more dramatic flair.

Here are our picks for five actual play D&D podcasts that will take your imagination on journeys unlike any other. We’ve also picked out two podcasts that feature fascinating voices of the D&D community as they talk about their passions and projects.

Let’s go on an auditory adventure. 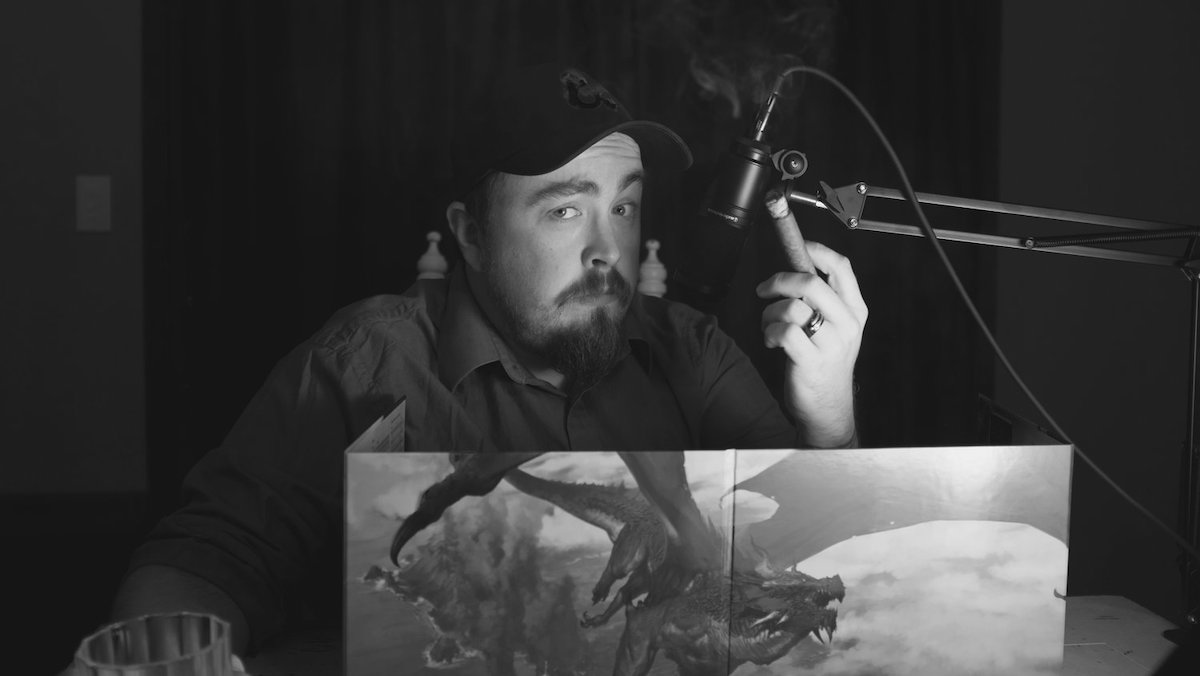 From the minute this actual play podcast starts, you’ll practically see the shadowy streets of Waterdeep rise up around you. Adventure They Wrote is a noir mystery adventure following the exploits of the Waterdeep Detective Agency and the messes they occasionally—well, often—find themselves in.

Episodes are concise and packed with action. While you might feel like you’re listening to a radio drama at times because the production value is such a high quality, you’ll never forget that it’s still Dungeons & Dragons.

A real-life band playing an all-bard adventuring party? That’s all we have to say.

Okay, we’ll say a little more. BomBARDed is an actual play podcast, edited down to about an hour per episode, complete with sound effects and music. Unique to this series is the group’s musical background, which they integrate into every session. “Once per episode, we also roll chord dice together to create a random group song that goes along with what is happening in the story,” says the podcast website.

BomBARDed even releases original soundtracks of the score written by a member of the party and impromptu songs sung during play. 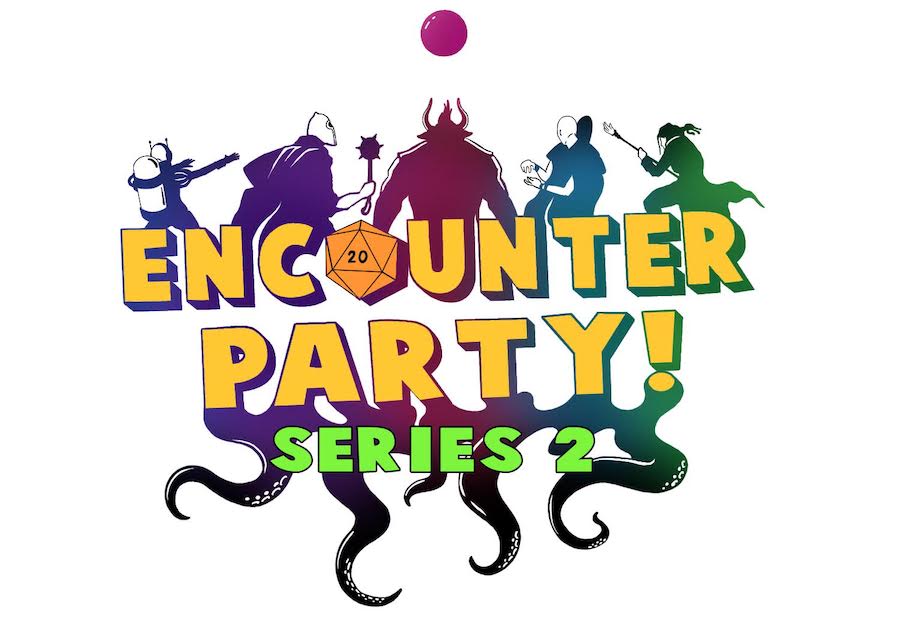 The audio adventure Encounter Party combines the worlds of Dungeons & Dragons and Magic: The Gathering. With a group composed of six actors and improv artists, rousing music, and sound effects, this high-energy, story-focused actual play podcast starts in a tavern, like most good adventures do. It’s fast-paced, funny, and edited into one-hour episodes for a D&D experience that will quickly win you over.

Just wrapping its second season, this adventure is primed for binging right now before the party begins anew.

Come join us at the Faeforge Academy as our adventure unfolds...

Set in a magic school in the Feywilds, Faeforge Academy is based on the Witch+Craft supplement edition for Dungeons & Dragons created by Astrolago Press. A group of five magic-using friends get used to their new life at the academy, explore the Feywilds, and hone not just their spells but also their chosen crafts. Magic and crafting interweave in this unique setting.

Mystical and mysterious, the original world of Evastria is compelling, and the endearing cast creates a charming tale you’ll want to tune into every week.

Our favorite warlock who is definitely not a murderer. Probably. Mostly. Look, it's complicated. #spellcheckdnd pic.twitter.com/Kts5K6rXy8

Six authors of young adult books “who are all trying their best” have teamed up to create Spell Check, a 5e actual play podcast. LL McKinney, Adib Khorram, Margaret Owen, Emily A. Duncan, Lindsey Miller, Laura Pohl, and their colorful cast of characters go on adventure that doesn’t start in the typical tavern. Instead, these hapless anti-heroes meet in prison—and that’s the beginning of their problems.

If flowing descriptions of a one-of-a-kind fantasy world, unconventional heroes (including one with the battle cry, “Fair use!”), and shenanigans sound like your cup of tea, tune into Spell Check. 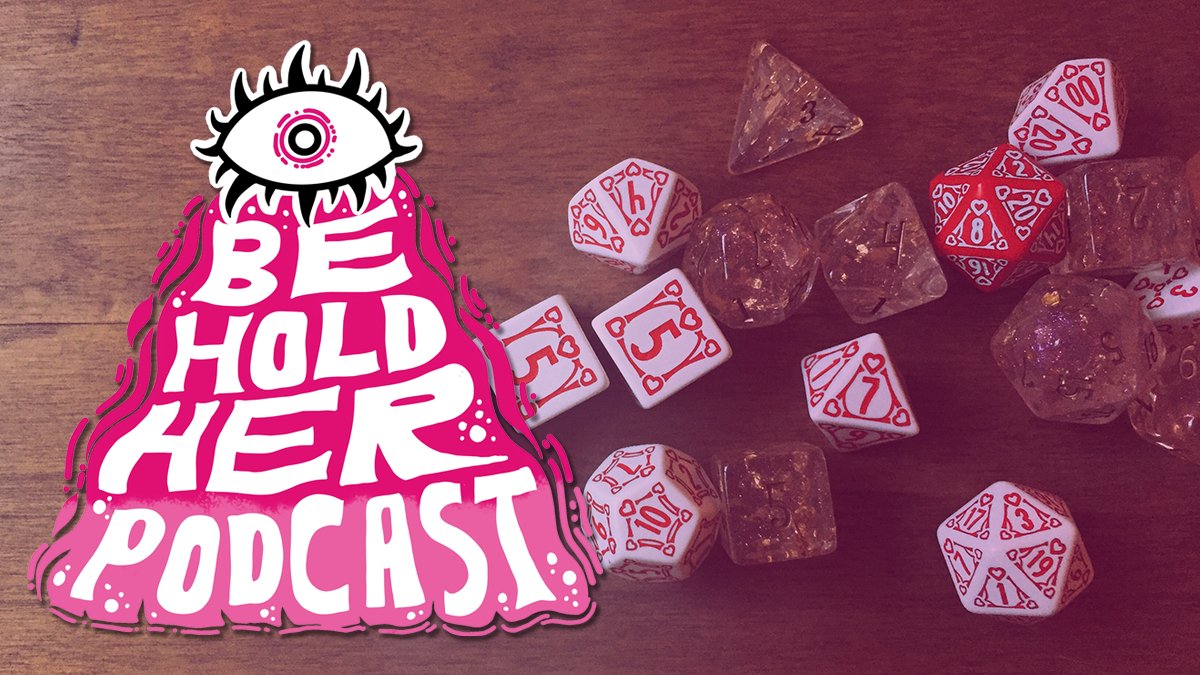 Interviews with some of tabletop’s most notable women are the focus of Behold Her Podcast. From Wizards of the Coast’s Shelly Mazzanoble, Kate Irwin, and Kate Welch, to livestream cast and producers like Elyssa Grant and Kayla Cline, to game designers, illustrators, creators, and so much more, Behold Her features a variety of voices that are as diverse as the D&D community is.

And at the end of the episodes, you’ll hear an original essay or tale from some of D&D’s best and brightest storytellers.

Table Top Babble goes beyond Dungeons & Dragons to bring you the voices of other tabletop role-playing games you might not know about yet. But there are also plenty of D&D luminaries to meet and hear from, including designers, streamers, craftspeople, and so many more. Whether you’re looking to broaden your TTRPG horizons or learn more about how some of your favorite D&D books and supplements are made, settle in and listen.