7 Clive Barker Stories You Have To Read - Nerdist

7 Clive Barker Stories You Have To Read

Clive Barker is best known as the mind behind terrifying on-screen monsters like the Candyman and Pinhead from Hellraiser. Whilst those creations are worthy of note, Barker’s catalog is far more expansive than those two horror icons. With both of those beings headed back to the big screen in upcoming Hollywood reboots, it’s the perfect time to get familiar with Barker’s beautiful, haunting, and singular talent as a writer. These are seven of my favorite Barker books, which are a great intro to some of his best known and most unforgettable works.

The Thief of Always 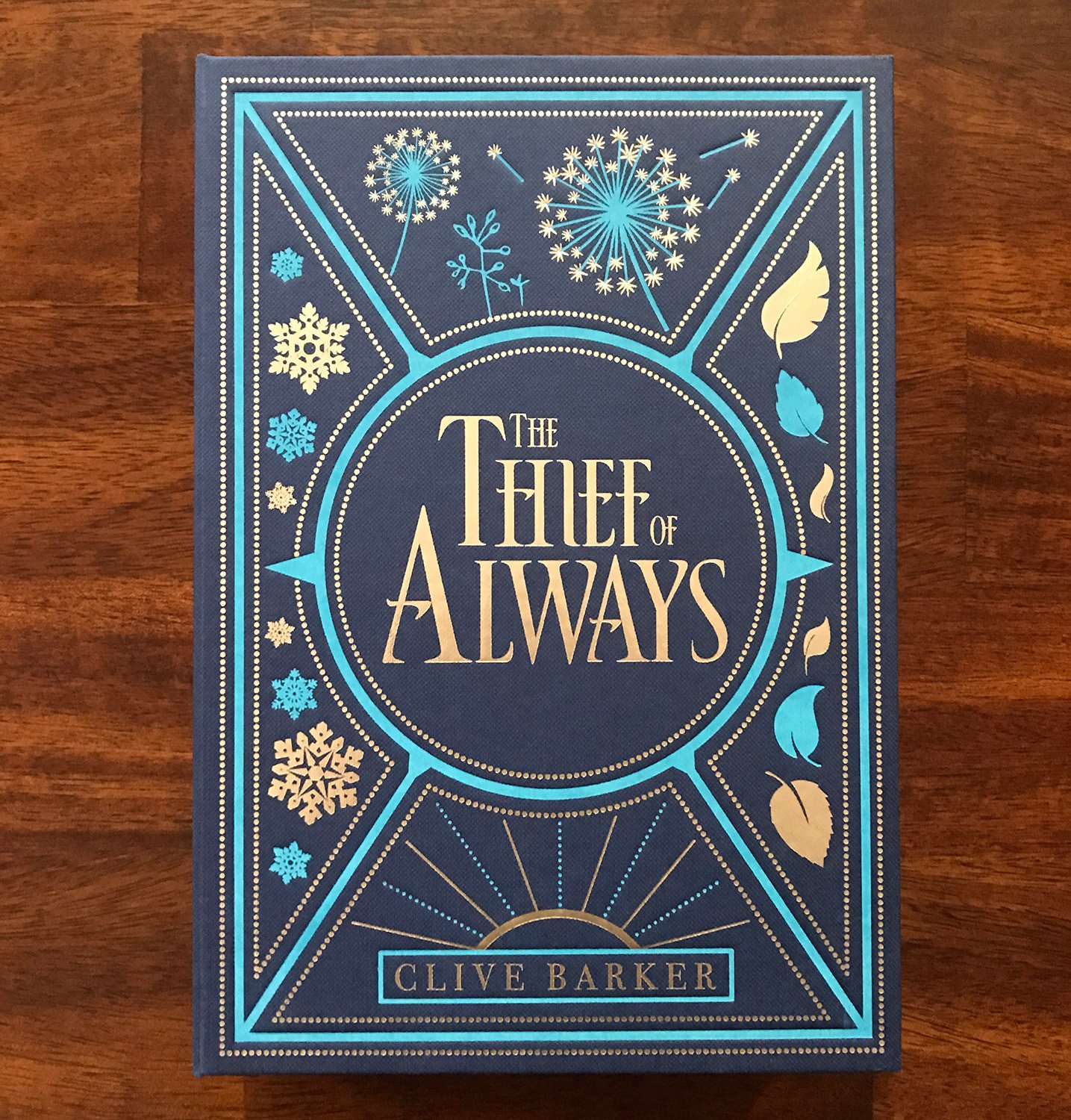 I’m starting this off with an unconventional choice as The Thief of Always is technically a children’s fable, though it’s a delightful read for dark fantasy fans of all ages. Harvey is tired of his life, wistful for something more exciting in the way that all children are. So when he discovers the magical Mr. Hood and his astonishing Holiday House, he can’t believe his luck. Filled to the brim with treats, entertainment, and dreams coming true every single day, it seems too good to be true. Harvey soon realizes it is. Barker weaves a wicked world that’s both dreamlike and terrifying, that’ll immerse and delight you, without ever letting you take a breath. 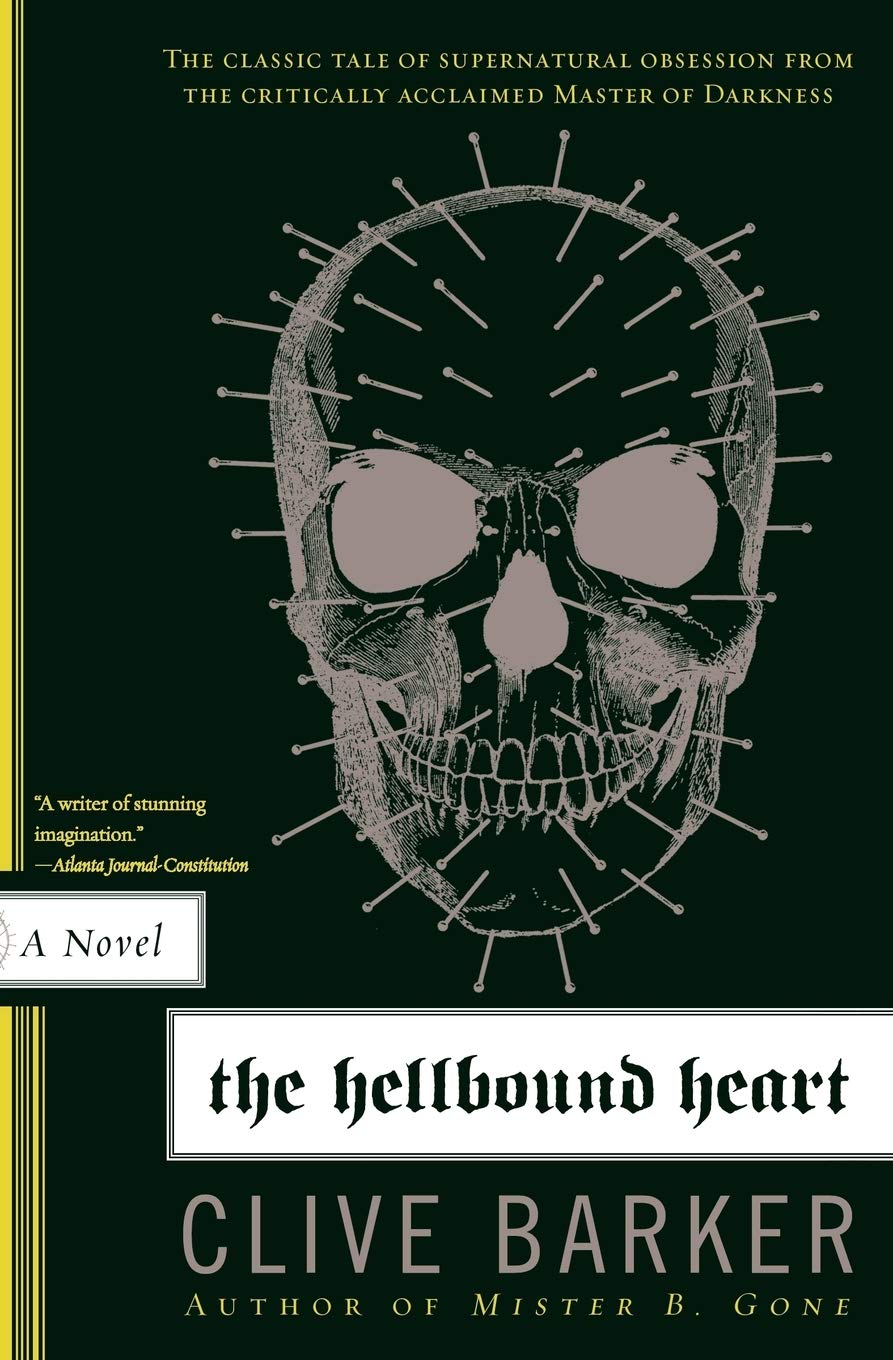 This startling novella about lust, passion, greed, and hell was the story that would become Hellraiser. If you’ve seen Barker’s directorial debut then you’ll know the narrative already, Frank is a hedonist desperate to achieve heights of pleasure. His experiments lead him to the Lemarchand Configuration, a mysterious puzzle box which holds the Cenobites—creatures so demented by their sadomasocistic desires, they can’t tell the difference between pleasure and pain. Frank barely survives, managing to escape and dragging his sister-in-law into a horrific and madcap scheme to help him return to his corporeal form. The Hellbound Heart is a perfect example of Barker at his best and most brutal: a must read. 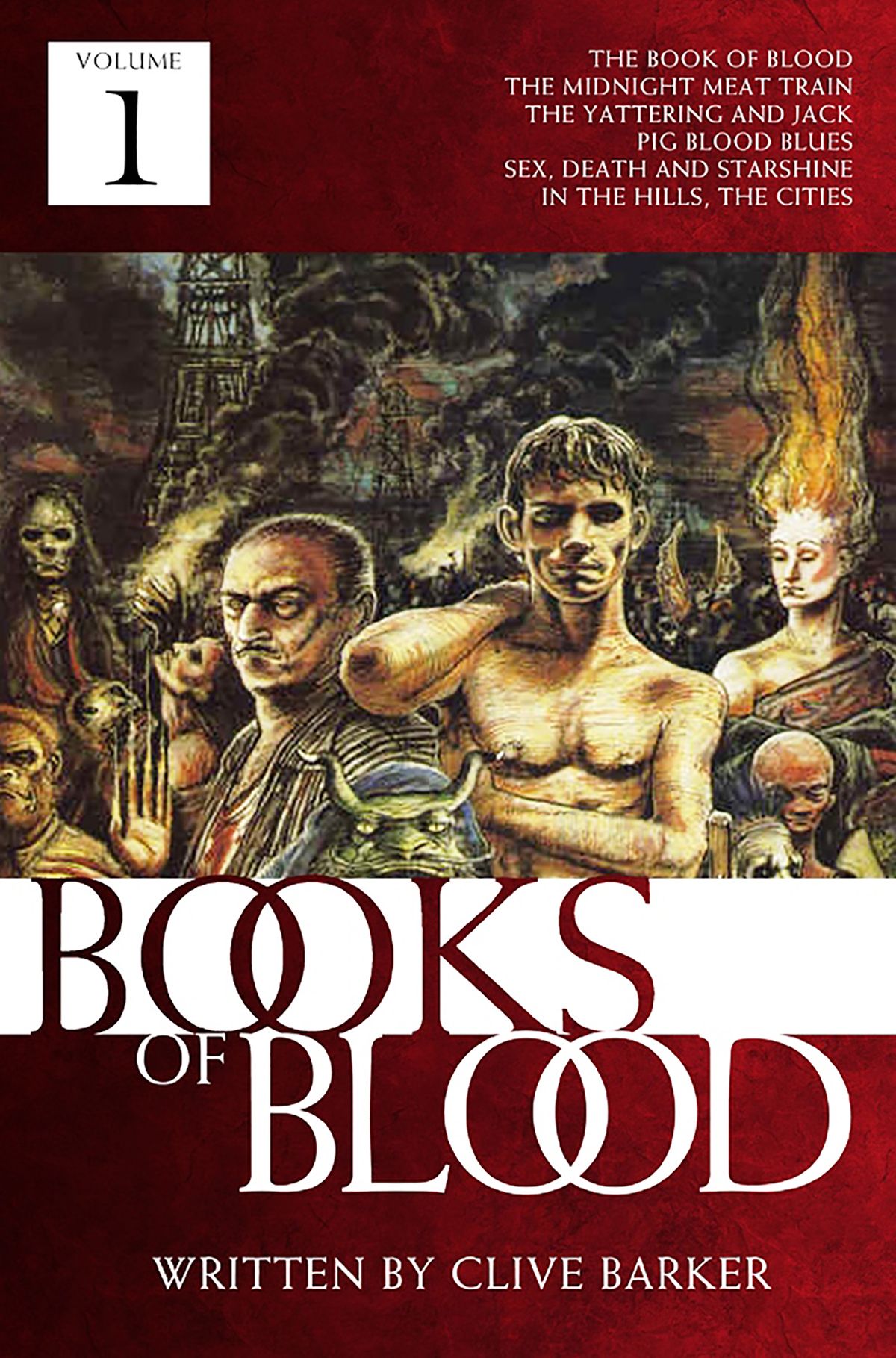 Grimy and bleak, The Midnight Meat Train is truly the stuff of nightmares. Barker is great at distilling the kinds of fears that seep into the back of our skull and refuse to leave, and this subterranean horror does just that. Leon falls asleep on a subway train only to wake up and find that he’s in a blood-drenched nightmare. The massacre that greets him is only the beginning, though, as he becomes embroiled in a monstrous world. Although there’s a less than great movie based on this book, don’t judge it by those standards. This is a singularly horrifying story. 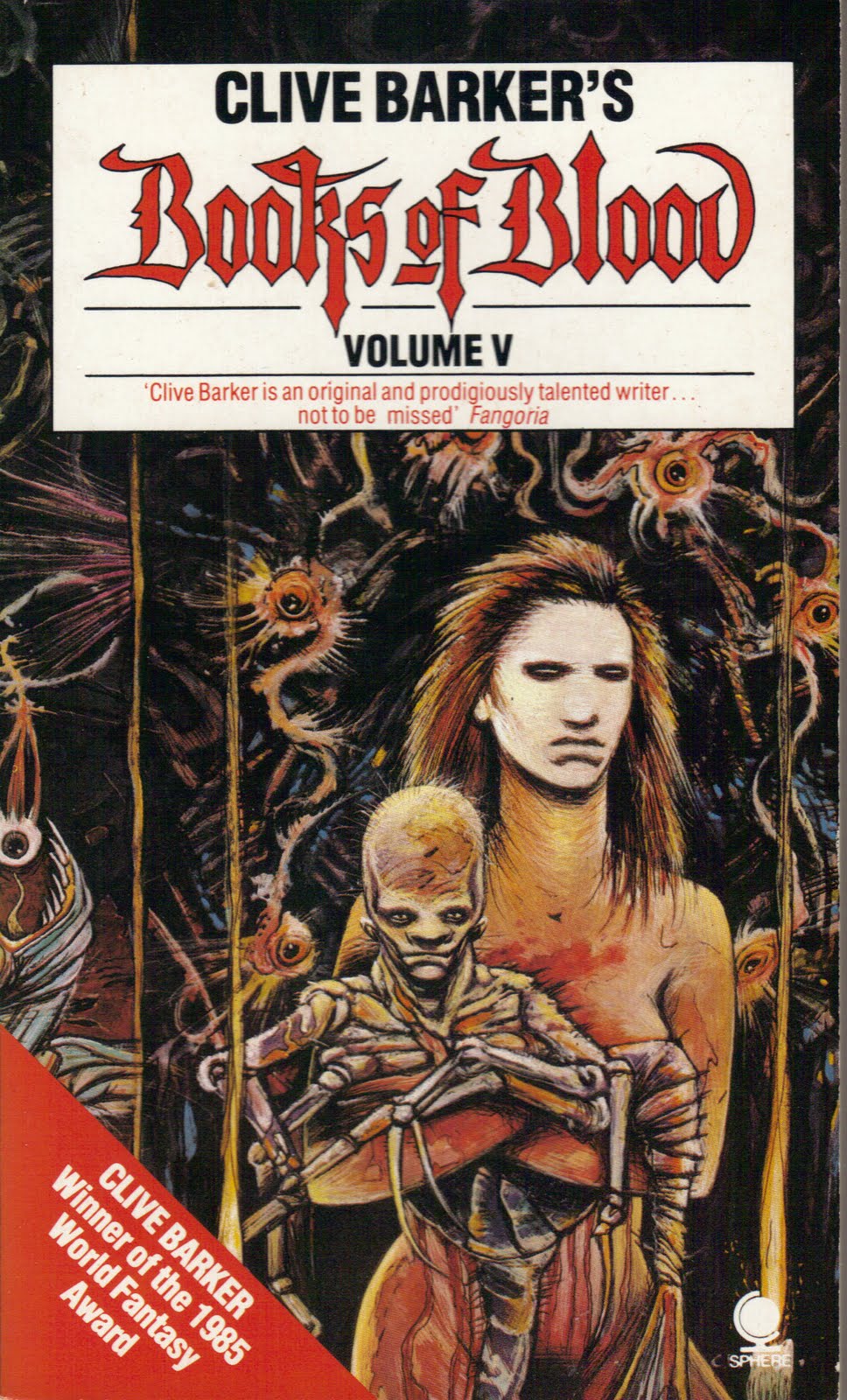 Much of Barker’s best work deals with the working class realities of Britain, where the author hails from. This story about a young woman who discovers a terrifying reality whilst writing her thesis about graffiti in a rundown council estate in the UK would become the cinematic classic Candyman. Once again, aside from the change of location, thematically and narratively the stories share a lot. Namely, Helen becomes obsessed with a local folk legend that eventually consumes her. With Nia DaCosta’s new take on the iconic flick coming soon, there’s no better time to check out the story that started it all.

The Great and Secret Show 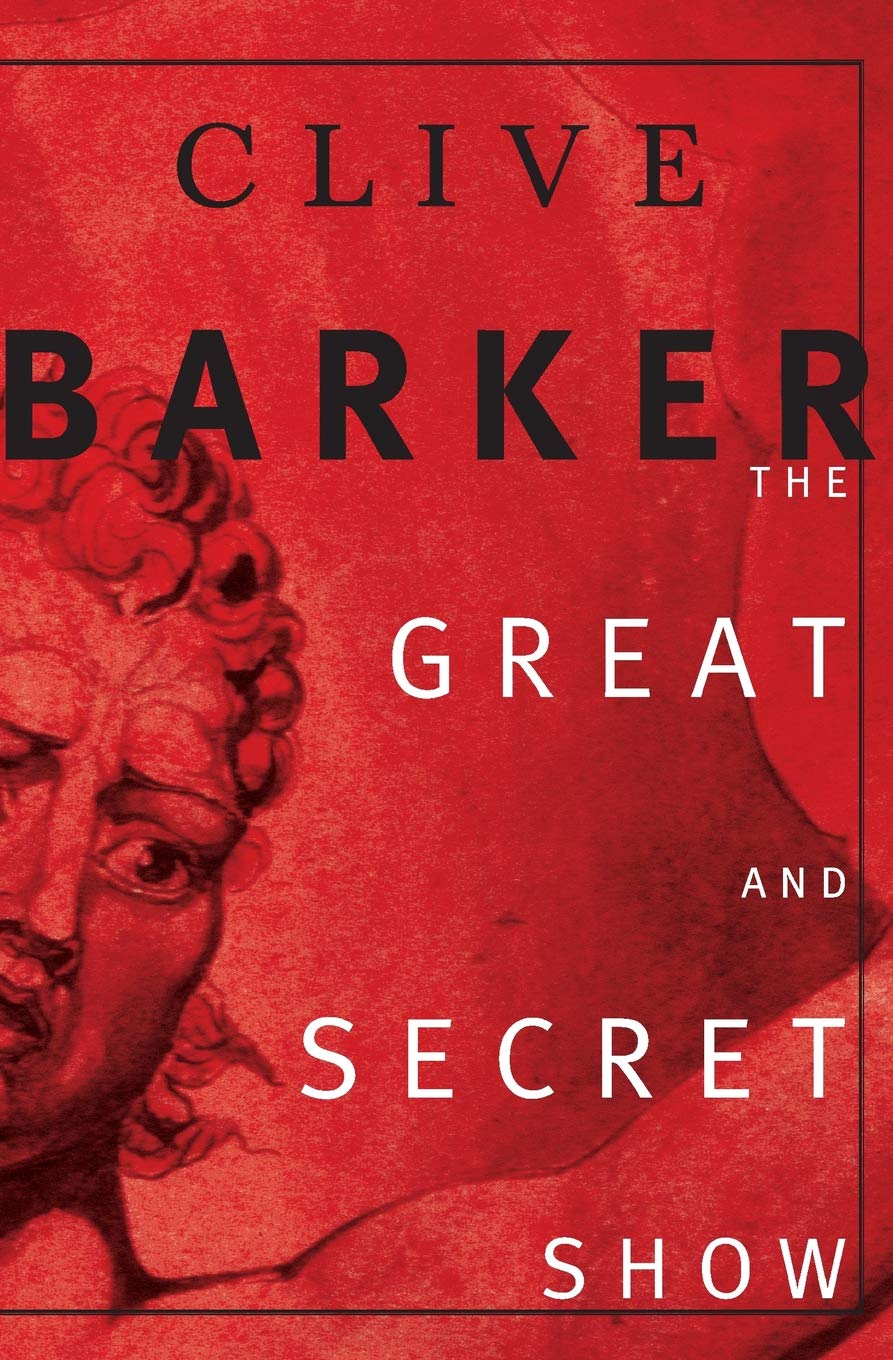 Are you a fan of sprawling fantasy books about magic, existence, and two feuding men who disagree on the basics of either? Of course you are. The Great and Secret Show sparked a trend in books about angry men who were once friends trying to control uncontrollable things. When you read this immensely engaging tome, it’s easy to see why. Randolph and Richard both discover the secrets of a surreal and powerful space called Quiddity. But whilst one wants to preserve it, the other wants to exploit it. And that battle will change the world forever. The first in Barker’s Book of the Art series, this is a vital entry into the fantasy canon that’s also a great read. 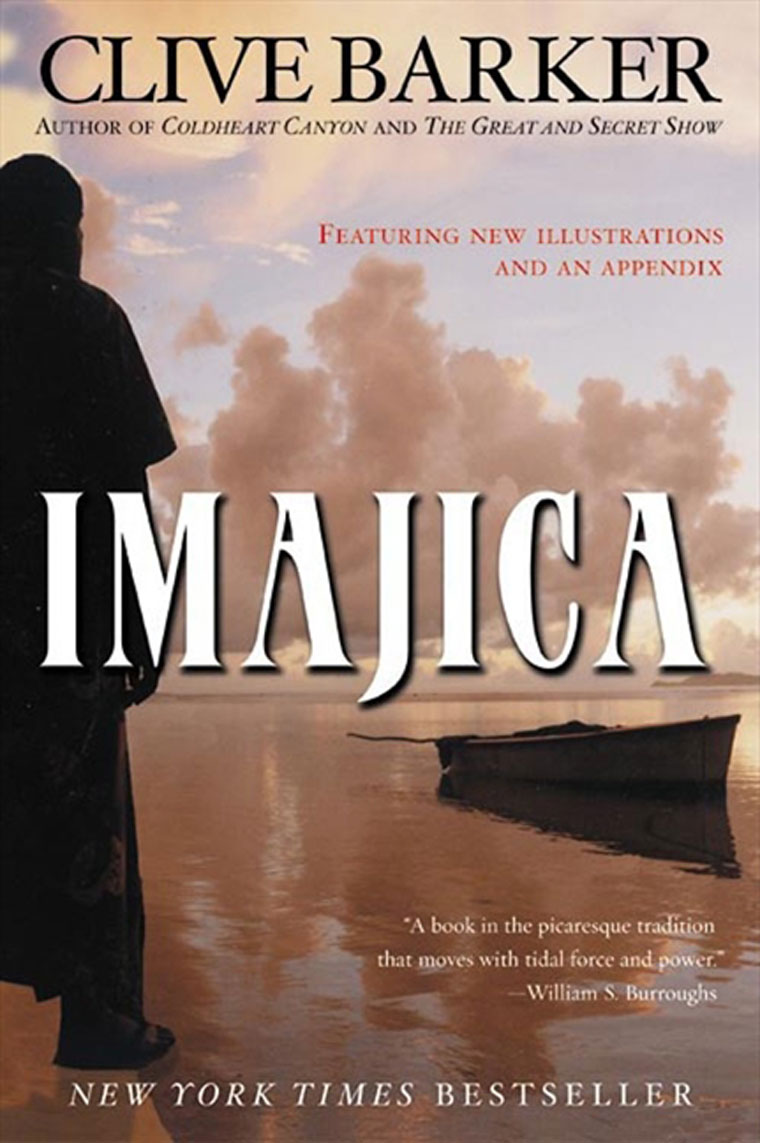 If you like your fantasy a little more esoteric and dense, then Imajica is the book for you. Beginning with the idea that the Earth is, in fact, just one of five concurrently existing worlds or “dominions,” this massive book explores the concepts of multiple universes, gender, religion, mortality, and a whole bunch of Barker’s favorite themes. Sci-fi heavy as you might imagine, it all begins when a man hires an alien assassin to kill his wife. Through these tangled tales we meet Gentle, an art forger who is at the center of this immense yarn. Likely the most ambitious of Barker’s works, Imajica was inspired by the author’s own dreams. 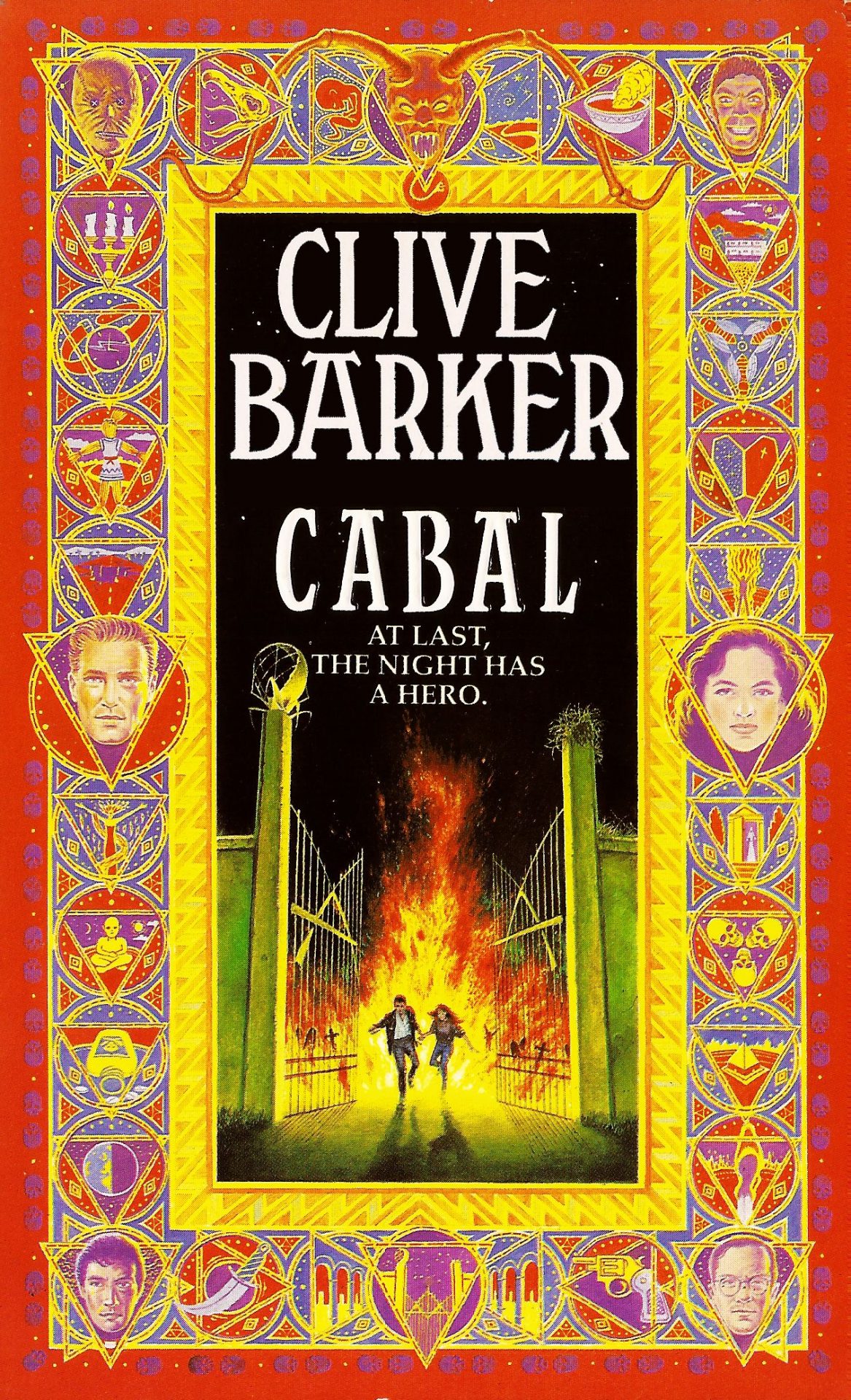 Another of Barker’s brilliant novellas, Cabal is a dark yet hopeful meditation on mental health, societal expectations, and the idea of finding where you belong. There was a cult film adaptation of the story by Barker himself known as Nightbreed, though it was mired by production issues and studio manhandling. The real story centers on Boone, a young man with depression who is accused of a series of murders by his psychiatrist. This leads him to attempt suicide before finding salvation in a strange underworld known as Midian. With the real killer still on the loose and the strange monster-folk who live in Midian under attack, Boone finds a new purpose in this oddly hopeful offering from Barker.