As the 3D-printing revolution continues to advance in unexpected ways, the projects made using the technique continue to grow in size. Builders are now using robotic 3D printers to construct everything from homes to roads, for example. And even assemble entire schools from scratch. But this new, world’s first 3D-printed stainless steel footbridge in Amsterdam may take the cake for coolest use of the tech so far. And it also seems like a big step in the right direction for design in general.

New Atlas reported on the installation of the footbridge, which the Dutch industrial company MX3D printed. The company, which says it’s made more than 22,000 pounds of objects, used four robots to print the bridge. In all, taking six months to complete the construction.

In an Instagram video, MX3D showed how its four robot arms—which look like something out of Tony Stark’s workshop—printed the bridge out of steel; slowly adding melted metal onto melted metal to make the multi-part bridge. The process, as always, is magical to watch. And shows how the project morphed from Dutch designer Joris Laarman’s concept to the final product.

The video at top shows construction workers placing MX3D’s bridge in its forever home over a canal in Amsterdam. The 41-foot-long, 20-foot-wide bridge apparently fits like a glove in its new spot, and is already open for business. “Business” in this case being the act of walking or biking.

Perhaps just as cool as the build process is the footbridge’s design. The bridge’s swooping curves and rippling surface give it a uniquely organic feeling. As if the bridge were more grown rather than built by machines. The same characteristics also make the bridge seem sort of reminiscent of a Nike shoe. Speaking of which, if you think this bridge is impressive, wait until you see what designers can do with sneakers and apples. 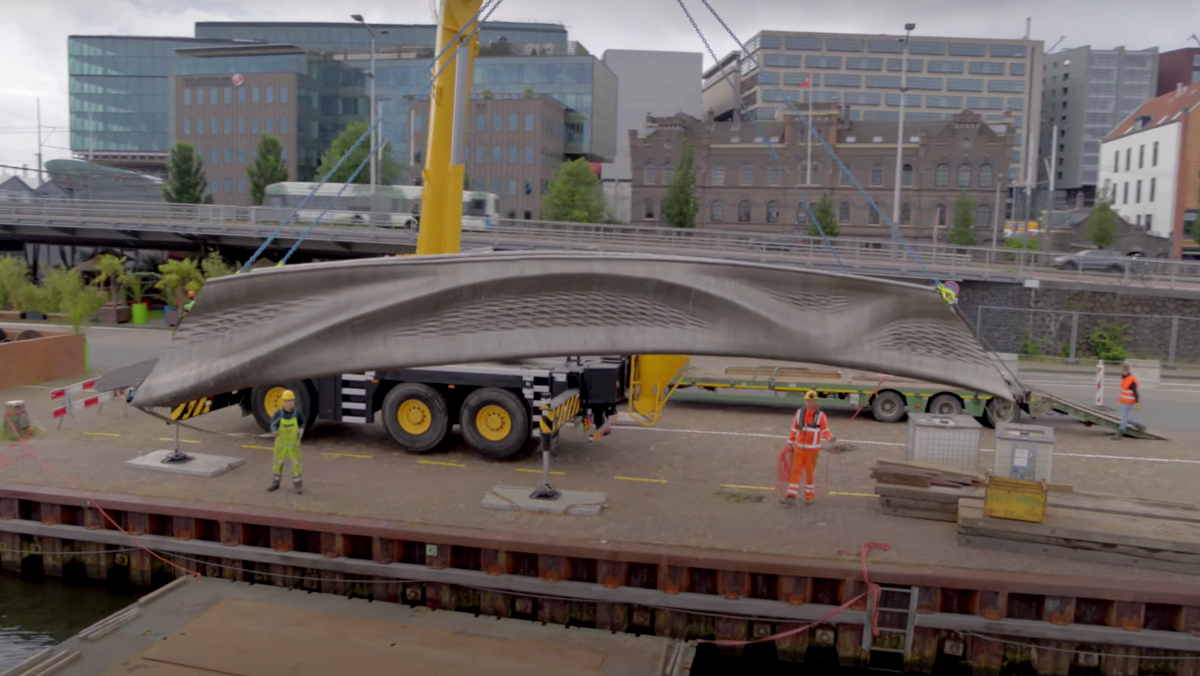