ZOLA Is a Fun, Thrilling Story About the Road Trip from Hell - Nerdist

ZOLA Is a Fun, Thrilling Story About the Road Trip from Hell

Zola, directed by Janicza Bravo and written by Bravo and Jeremy O. Harris, is a film based on a series of tweets written by A’Ziah “Zola” King. The film follows King’s (played wonderfully by Taylour Paige) falling out with a new friend and all the drama and suspense that led up to it. In short, Zola is a whole mood of social media emojis, from the side-eye to the “oh.”

Zola opens with the glitz and glitter of Zola and Stefani (Riley Keough) applying their makeup in the mirror under dim fluorescent lights. The beauty of the two in bright and glittering colors does not diminish the shadows lurking behind them. Then Zola delivers the phrase from the infamous tweet thread that inspired the movie:, “It’s kind of long, but it’s full of suspense.” Zola does not disappoint. 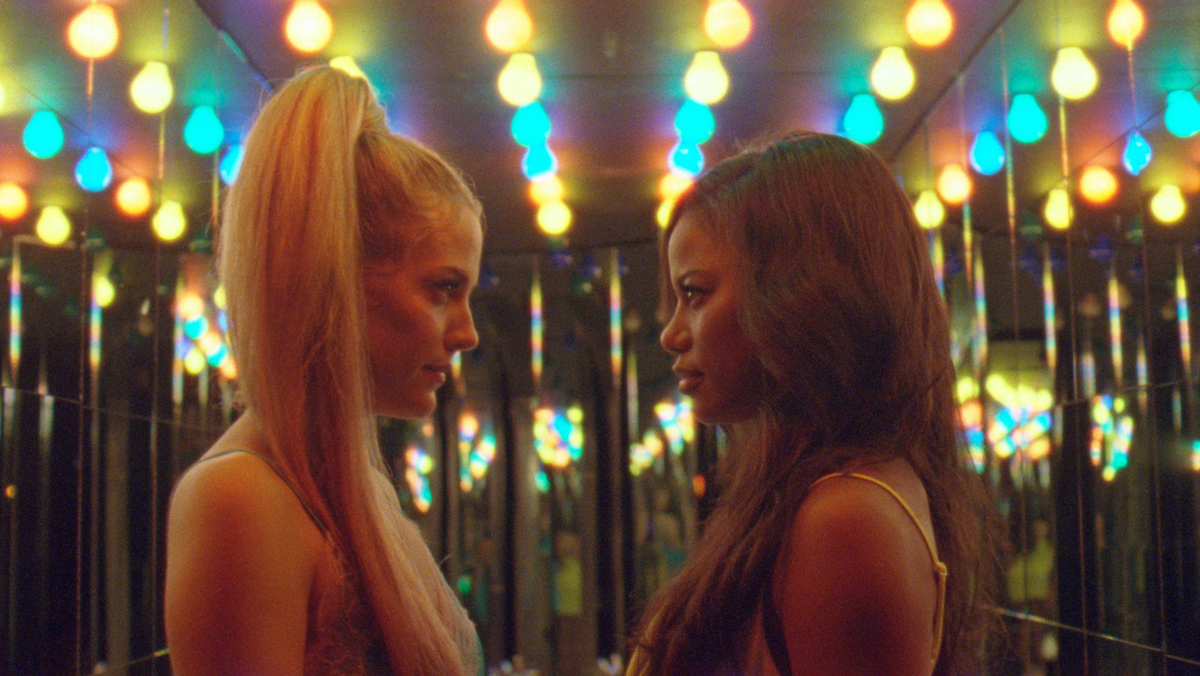 The opening scenes hilariously feel like kismet before the drama. Zola and Stefani initially get along so well, finding kinship as strippers, and bonding over the judgment they experience from the others. Romantic, whimsical music plays in the background heightening their fated connection. Although it initially feels like a storybook encounter, somewhere we realize we picked up the wrong book, seduced by its cover. As any horror fan knows, going on a road trip with strangers doesn’t bode well. Self-assured Zola’s brief naive moment lands her in unforeseen drama when she agrees to go to Florida with Stefani, her boyfriend Derrek (Nicholas Braun), and her roommate, credited on IMDb as “X” (Colman Domingo).

The road trip starts bright, with talk and music as the quartet dance and rap to Migos’ “Hannah Montana.” But a sense of disquiet grows once they reach the dirty, cheap motel. Once Zola realizes that X is Stefani’s pimp who plans to enlist Zola as well, the bloom is off their friendship rose. Some scenes are graphic, but the lens stays distinctly female, which is refreshing. 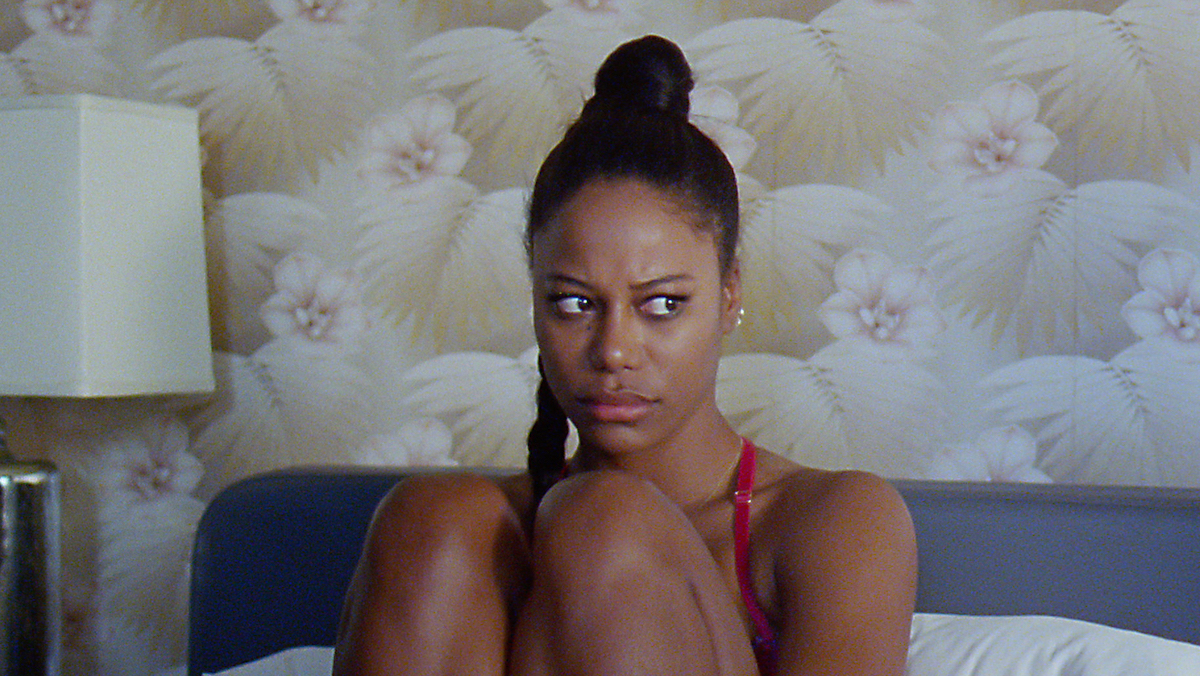 As Stefani, Keough will leave audiences alternating between sympathy and frustration. Stefani’s character weaponizes her white woman’s tears to garner compassion from Zola. (She is, as Zola herself yells, “messy.”) Braun is hysterical as well; one moment he worships Stefani, and the next, he is threatening her or himself

But the top performances in this group are hands down Paige and Domingo. From Paige’s multitude of facial expressions to her dialogue and hand gestures, she does a brilliant job. She gives Zola life in dramatic, but often full-bodied-hilarious fashion as curveball after curveball hurtle at her on this trip. Neither Zola’s narration nor the accompanying Twitter sound effect feel misplaced. Thanks to the story and Paige’s acting and expressiveness, these feel like essential offshoots of the character.

Domingo as X is perfect. Point of fact, it would be a challenge to find a role Colman Domingo does poorly. He captivates as the seemingly laidback roommate with an authoritative demeanor; Domingo handles both ends of this with ease. 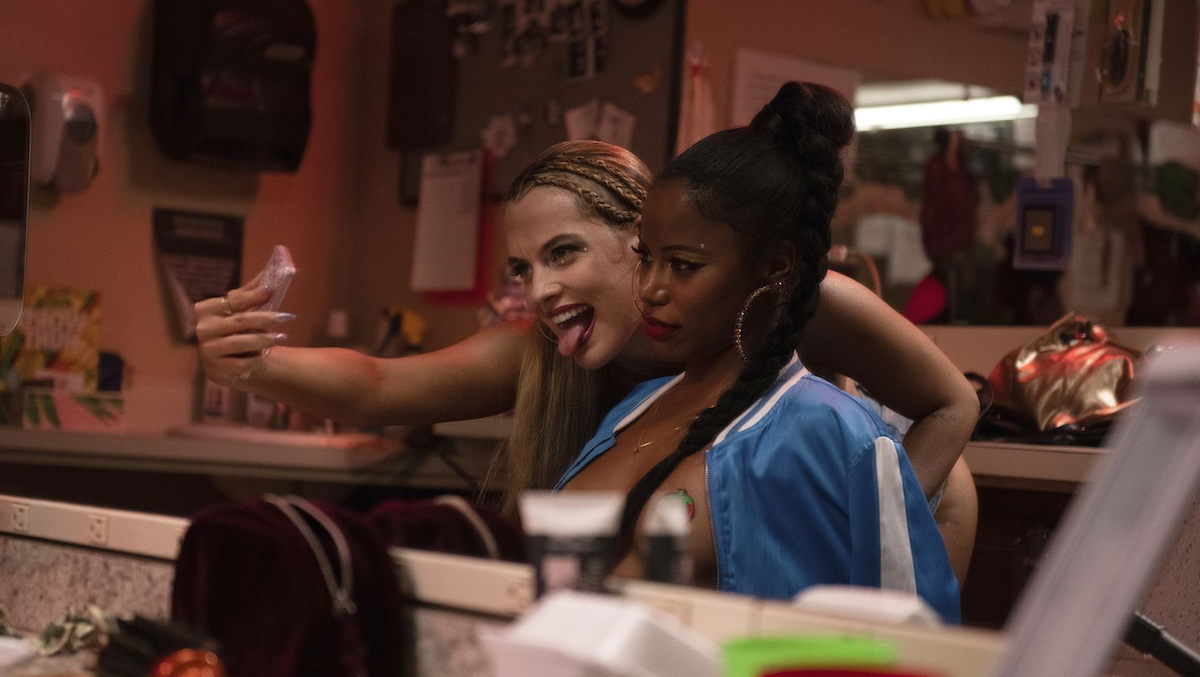 The directing focuses on Zola’s perspective. It immerses and captures our attention as effectively as the original tweet thread did. Though makeup and styles are bright, there’s also a muted tone throughout that accentuates Zola’s journey. She may have thought they were in for a colorful and wonderful time, but lord was she mistaken.

Zola doesn’t objectify its women; truthfully, the most unsavory characters are all the men trying to control them. While there is dramatization to make the story more riveting, there is an underlying truth throughout. Some of the funniest and wildest stories are the real-life grenades thrown our way at the least expected times. Despite natural comparison points like Hustlers, Zola deserves its time to shine along with the hilarious and dynamic performances of the cast. Zola is a wild ride, and we are silent passengers. Well, maybe not silent, because audiences will laugh and scream.