Sam Richardson Leads a Comedic Whodunit in WEREWOLVES WITHIN Trailer

The “one of us is the monster” conceit has been holding strong in the horror genre for decades. The Twilight Zone established the impact of the premise with “The Monsters Are Due on Maple Street” in 1960. Twenty-two years later, John Carpenter perfected the idea in his now-classic The Thing. But chilling as the notion is, it’s also plenty ripe for parody. Enter a movie like Werewolves Within, which traps a horde of comic actors inside the concept, promising horror and humor alike.

Veep and Promising Young Woman’s Sam Richardson leads the ensemble of small-town kooks imperiled by werewolf attack; the rest of the cast is packed with familiar faces, from 30 Rock’s Cheyenne Jackson to the ever-present Michaela Watkins. In fact, just about everyone seen in the trailer should ring familiar to fans of contemporary comedy.

Richardson plays a wide-eyed forest ranger new to the quirky remote village; he and postal worker Milana Vayntrub (whom I, as an Other Space fan, am always thrilled to see) head up the mission to keep the townspeople safe from the supernatural threat. Granted, sealing the whole town in one cabin proves risky when the realization hits that any one of them could be the werewolf. 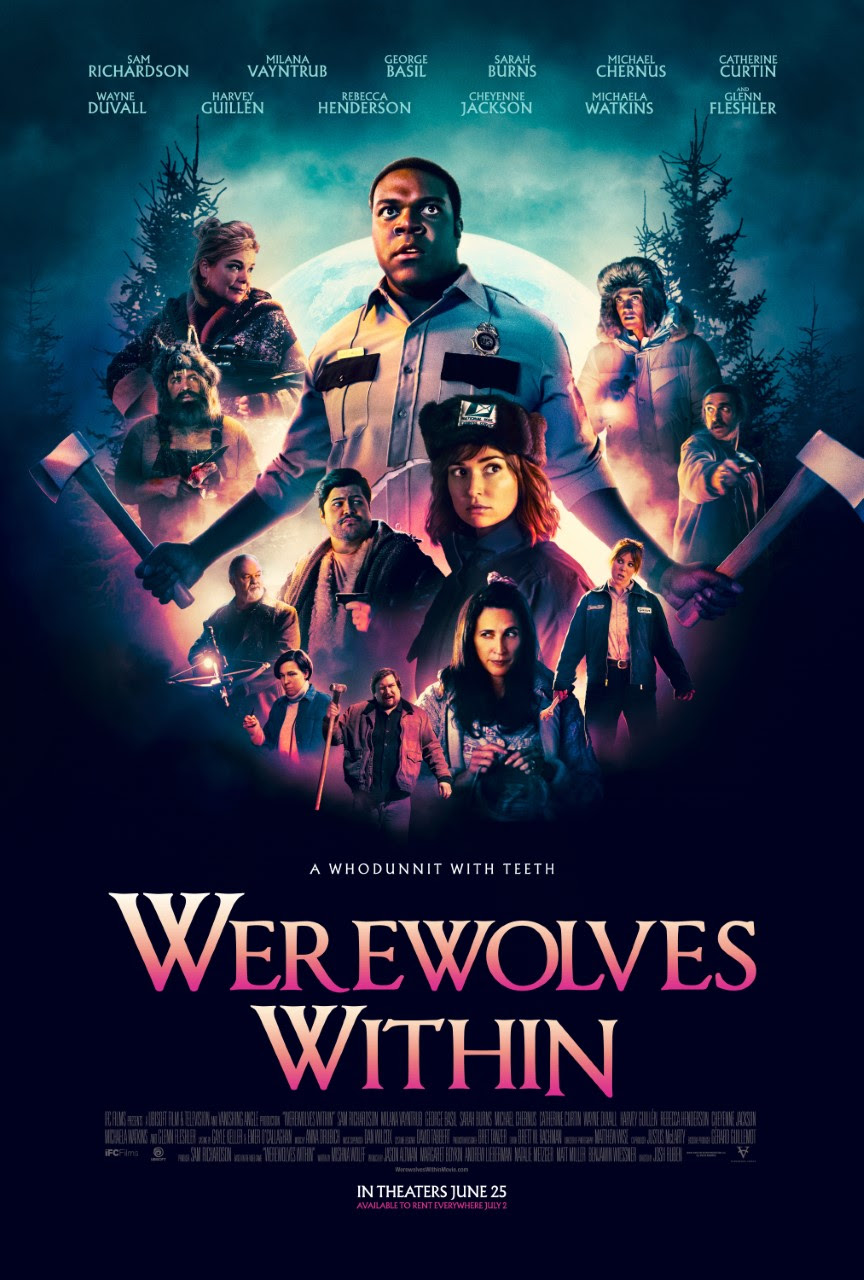 Though not evident from the trailer aside from a flash of the Ubisoft logo, Werewolves Within is in fact based (loosely) on a video game. The game follows a similar premise: one of the townspeople is a werewolf, and you as the player must figure out which. Though not necessarily a grisly play, the film adaptation seems to be leaning much harder into the comedic bent.

Werewolves Within is the second feature from Scare Me director Josh Ruben. It’s also the first screenplay from humorist Mishna Wolff, famous for her memoir I’m Down. The film will arrive in theaters on June 25, and will hit VOD on July 2.