The Japanese toy company, MegaHouse, has come out with a new $1,700 Rubik’s Cube. And while you’d expect it to be gigantic and made of exotic stones, it is, in fact, tiny and made of metal. The Rubik’s Cube is so tiny, in fact, that MegaHouse says it’s the smallest—officially licensed—one ever made. 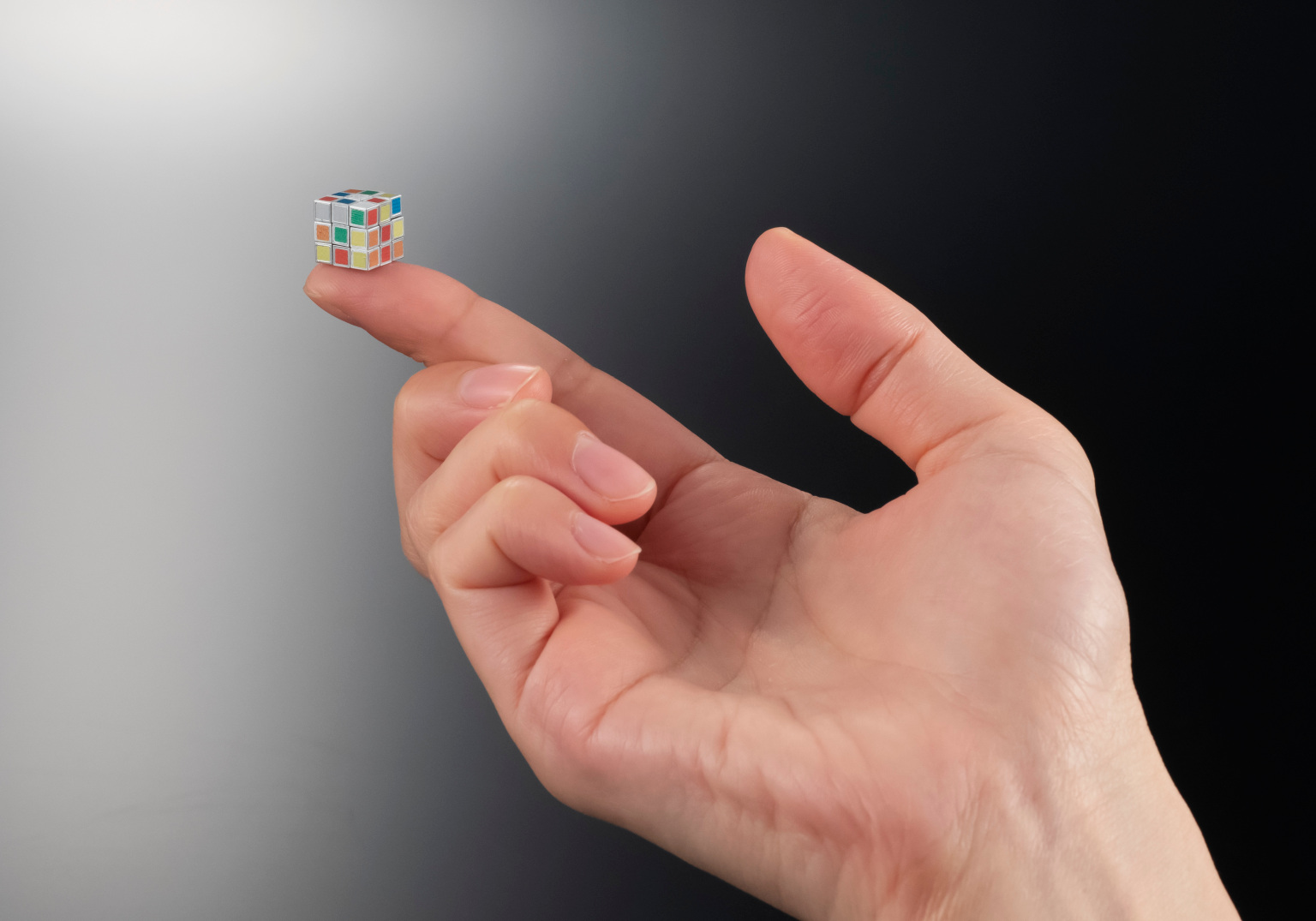 SoraNews24 reported on MegaHouse’s new mega-small Rubik’s Cube, which has .39-inch sides. For reference, a one-by-one LEGO piece is roughly .31 inches tall. Or, if that size reference doesn’t land—for all of you non-LEGO lovers?!—a thimble is about .8 inches long. 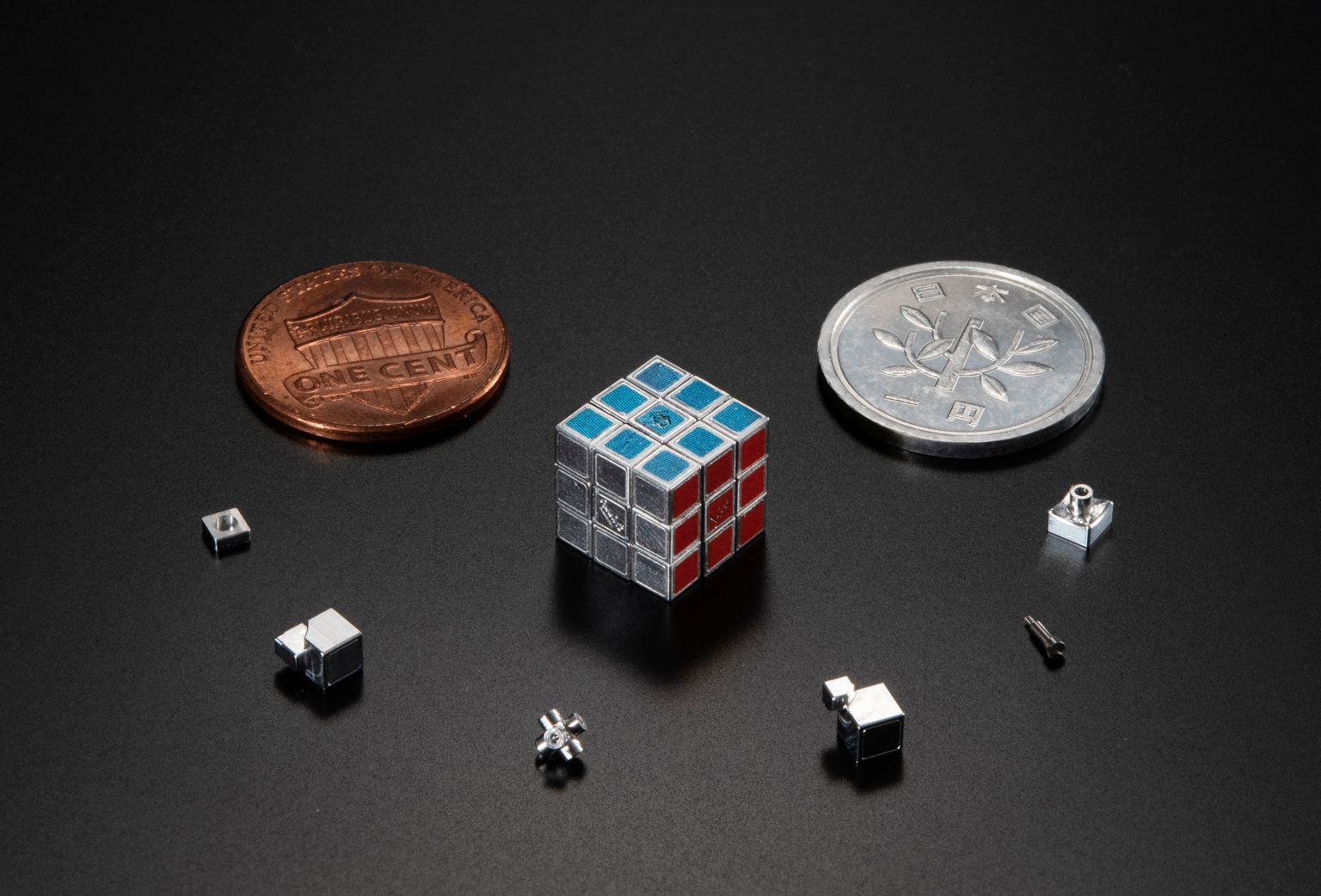 In the video below, MegaHouse shows off the “Ultra-Precision Miniature Metal Rubik’s Cube,” and how the company made it using precision metallurgy. The company shows how it used a fine drill to carve tiny blocks of metal into the pieces that make up a miniature Cube. And the size of the overall cube would mean each one of those pieces is only a tenth of an inch on each side.

Along with being ultra-tiny, the UPMMRC (it’s shorter) also distinguishes itself in a couple of other ways. For one, the tiny cube eschews the traditional white sides of the standard Rubik’s, leaving visible its unpainted metal. Engravings of the Rubik’s logo also adorn the sides of the tiny cube, and it even comes with a fancy stand; a metallic one that looks like something you’d find lying around in the Stargate universe. 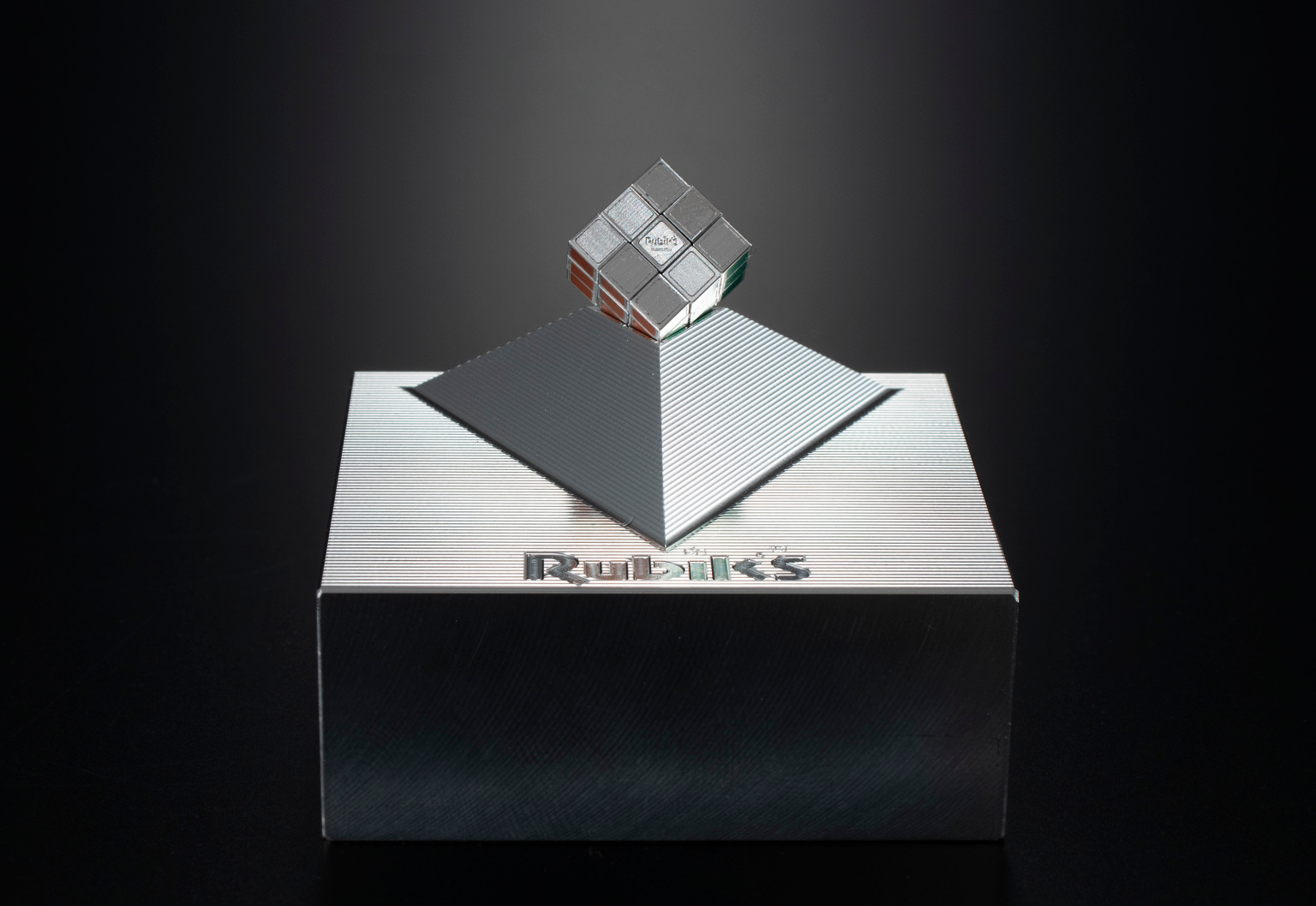 Unfortunately, for anyone out there interested in buying this tiny Rubik’s, it’s only available in Japan. Although MegaHouse does say it has intentions to make it available in other countries. The mini Rubik’s Cube will also be on display at the Hungary Culture Center in Minato, Tokyo until November 9; the exhibition is a celebration of the 40th anniversary of the puzzle’s international release.