In 2017, gem and mineral dealer Erik Rintamaki stumbled upon glowing rocks along a beach near Lake Superior. The rocks, which looked normal at first, fluoresced brilliantly underneath UV light—Rintamaki eventually dubbed the glorious stones “Yooperlites.” And while it turned out the Yoops were not a wholly new discovery, they’re still dazzling enough to warrant a thorough perusing.

BoingBoing recently put together a short report showing off multiple videos of people hunting the Yooperlites; one of which, below, features Rintamaki himself explaining how he found them. The name Yooperlite is a portmanteau of Yooper—the name for people from the Upper Peninsula in Michigan—and sodalite. 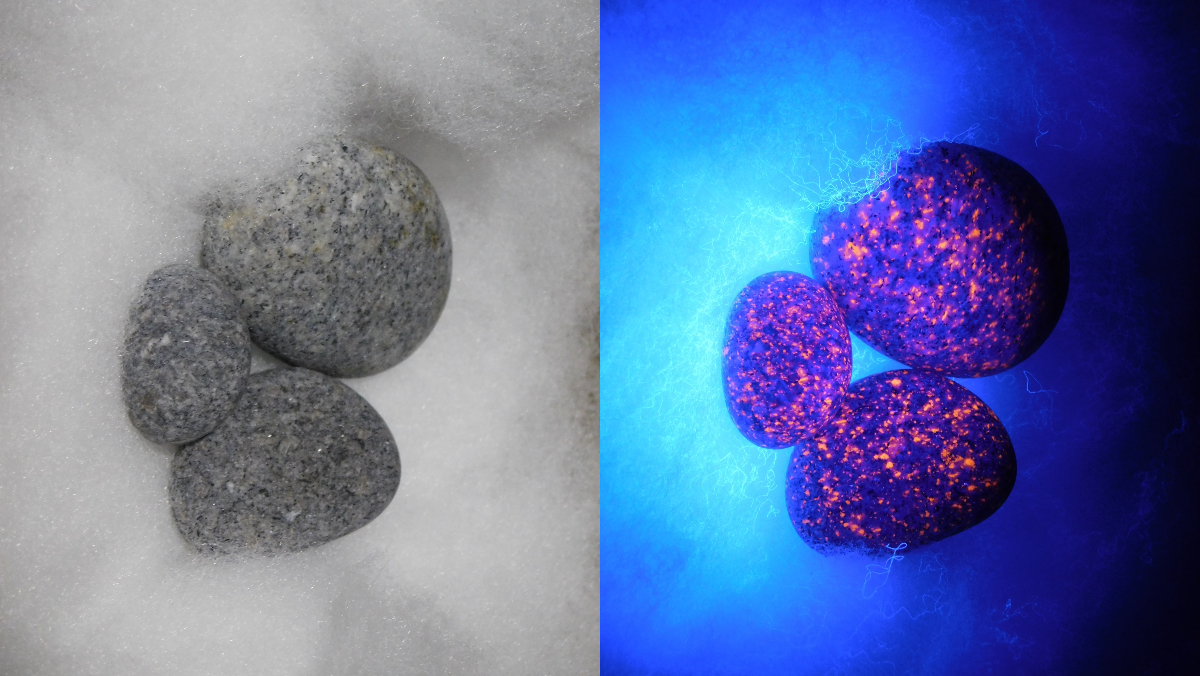 Although the fluorescing sodalite is common, Rintamaki’s Yooperlites do indeed contain a unique variation of the mineral that is rich in kyanite. Sodalite, a rich royal blue mineral, is what fluoresces underneath the ultraviolet light. (This means the sodalite absorbs the UV light and then emits it at a different wavelength, which is why it appears fiery orange.) Kyanite is also a typically blue mineral and is common in quartz.

If sodalites seem familiar to you, that’s because they probably are. The fluorescing minerals are commonly used in jewelry—Etsy is rife with sodalite pendants, necklaces, etc.—and they can be found on many beaches across the globe. Although Yooperlites in particular are only present in Michigan. (Luckily Rintamaki provides a concise guide on how to find them.) 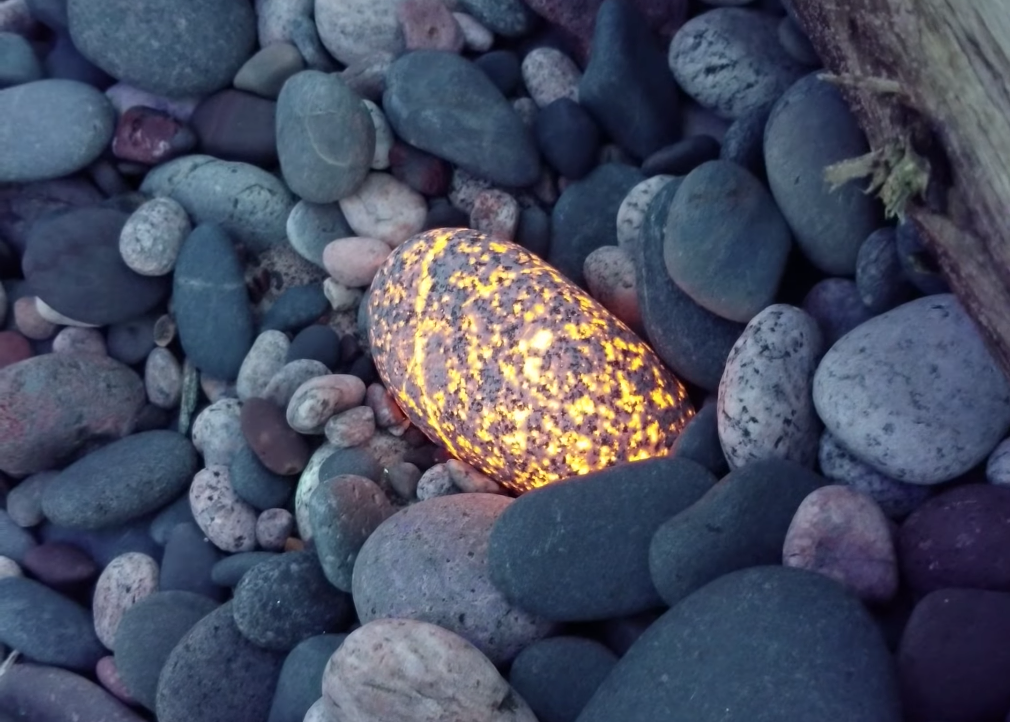 Luckily, for those desperate for some genuine Yoops in their life, they can buy the glowing rocks on Rintamaki’s website. Rintamaki, who refers to himself as a “rock hound,” also leads expeditions around Lake Superior. Amateur hounds can also find Yoops in Canada, as they originally made their way south from there via glacial movements.