In another apparent step toward entering the Platonic Realm of Forms, humans have created a floating Rubik’s Cube that can (perhaps) solve itself. And while the levitating, self-solving combination puzzle may ultimately boil down to programming, motors, and magnets, it’s still a sight to behold. Even if you’re not really supposed to hold the cube itself.

SoraNews24 picked up on the new video of the floating, self-solving Rubik’s Cube, which was posted to Twitter by a Japanese user with the handle @wyrm06. The video was taken by @wyrm06 at a Makers Fair in Japan, and his tweet showcasing it—which is up to 1.6 million views as of this writing—is accompanied by text that reads, in part, “I doubt my eyes, but it is a Rubik’s cube that floats on a desk and adjusts its color on its own. It’s a bit cute to get stuck sometimes.” 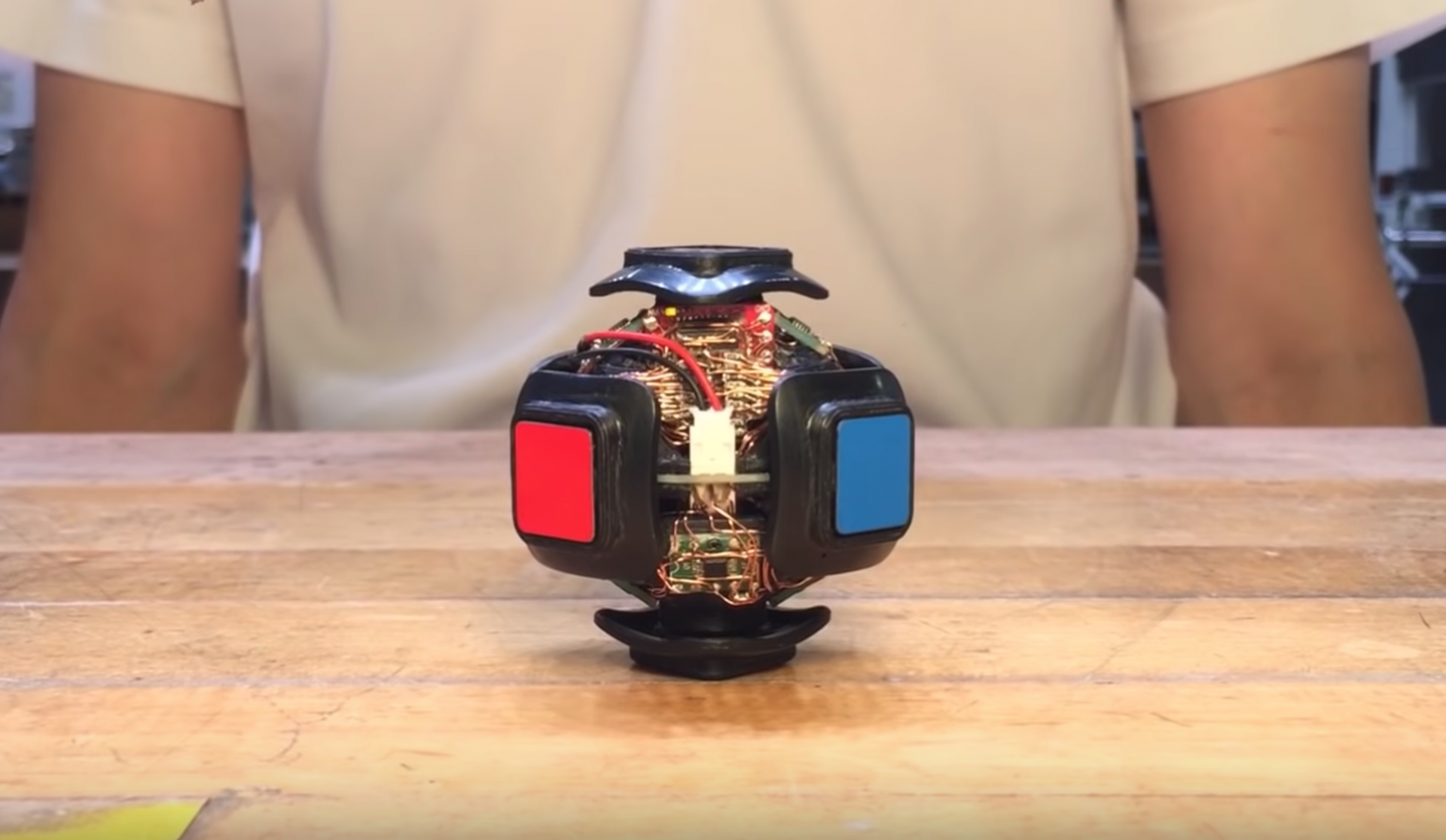 The motorized core of the self-solving Rubik’s Cube. Human Controller

The astounding, floating Rubik’s Cube is the brainchild of Takashi Kaburagi and the rest of the Human Controller team. It’s unclear exactly what the intentions of the Human Controller team are based on translatable information we could find, although it’s behind a bevy of whimsical, and sometimes repulsive contraptions: including an “alter ego device” that allows you to put video of your face on somebody else’s head, as well as a “Farting Baseball” that, according to its translated description, “bends, falls, and accelerates with the power of fart.”

The self-solving Rubik’s Cube is definitely the pièce de résistance for Human Controller though, as evidenced by its popularity, as well as its prominence on the team’s site. The self-solving cube has garnered nearly nine million views on the Human Controller YouTube channel, and the first thing the team’s website notes is that it’s the developer of the Rubik’s Cube robot.

A teardown of the self-solving Rubik’s Cube.

In terms of how the self-solving cube works, there’s a teardown of the little mechanical miracle in the video immediately above. And while it’s obvious that four motors are responsible for moving the four pieces attached to the core, it’s unclear if the Rubik’s Cube needs to be set in a certain starting position in order to be solved. It seems like it should be possible for the motors to be able to know their starting positions based on where they started, and then rotate in the necessary sequence to get back to a solved state, but it also seems like there’d be no way for the motors to know which corner pieces are starting where. (And in regards to the floating aspect, that has to work thanks to magnets, à la this levitating Moon lamp.)

Ultimately, no matter how it works, the floating, self-solving Rubik’s Cube is a spectacular work of technological art. And when it comes to Rubik’s Cubes, isn’t all just art at this point anyway? Robots can already solve them way faster than we’ll ever be able to.

What do you think about this floating, self-solving Rubik’s Cube? Give us your most technical explanations for how it works in the comments!