Remember Where’s Waldo? Or, depending where you’re from, Where’s Wally? The goofy looking gent in a red and white striped hat and shirt was constantly blending into massive crowds. British illustrator Martin Handford created the character and the series of puzzle books he appears in, with the first book arriving in 1987. The reader’s missive was to find Waldo in increasingly detailed images for the sheer satisfaction of knowing you did it. And now you can play this game, also known as straining your eyes, on your very own feet because Vans released an entire collection of Where’s Waldo? sneakers and apparel.

We first spotted the beacon that is Waldo’s shirt on these sneakers at Design Taxi. Vans pulled in some of Handford’s most recognizable scenes from the books. If you’ve ever pressed your nose this-close to the page to find Waldo at the beach, you’ll be familiar with the below shoes. 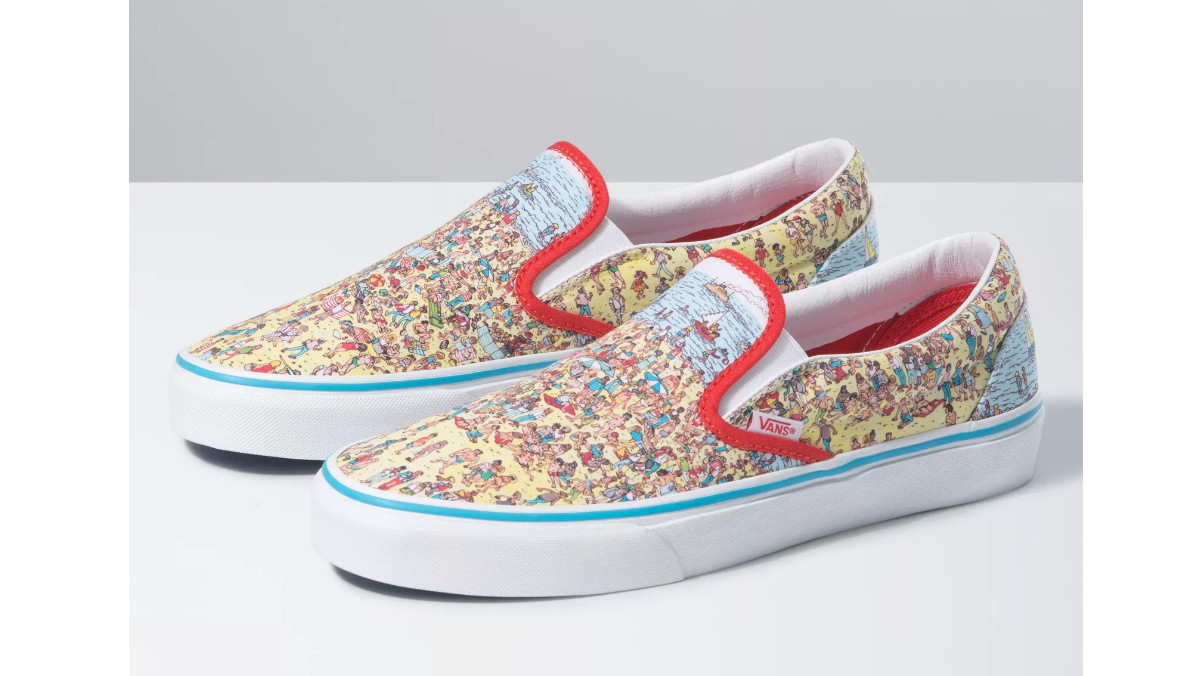 Maybe you’d rather be Waldo in the Where’s Waldo? scenario? One day in the far future, when it’s safe to be in large crowds again, you can don Vans’ red and white striped shoes and their matching t-shirt. Then have someone take a picture and have others try to find you in the image. 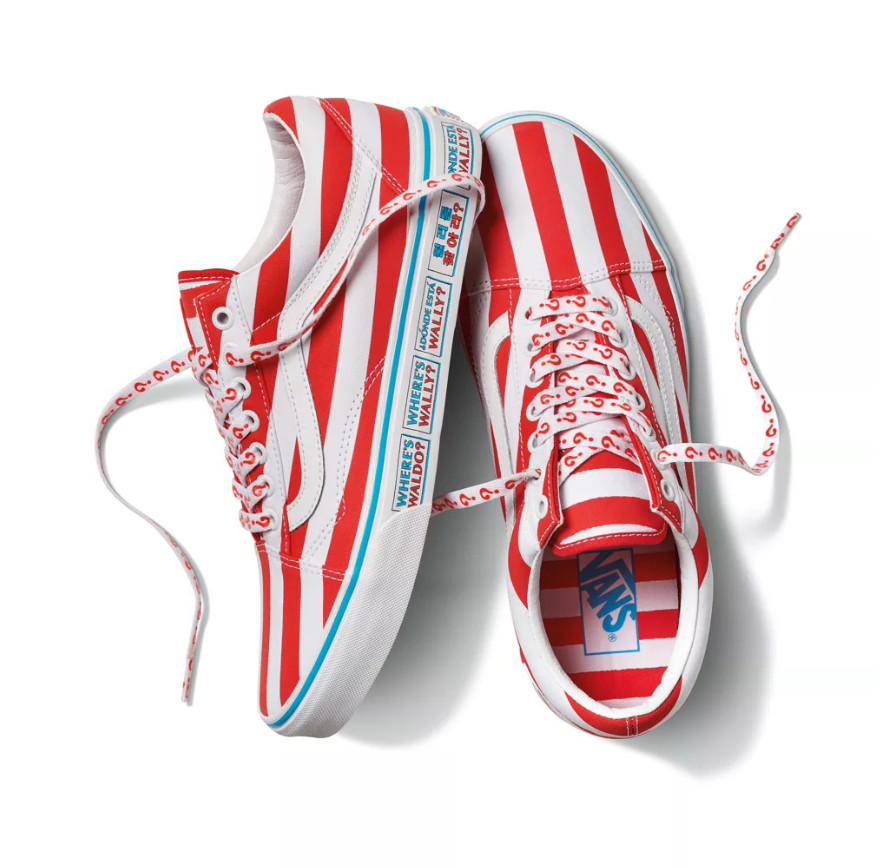 Other highlights from the collection include a shoe pattern based on Waldo’s nemesis Odlaw’s attire (Odlaw wears yellow and black stripes) and a t-shirt featuring Wizard Whitebeard. I have to say that I underestimated the complexity of the Where’s Waldo? universe. I barely remembered that any other characters appeared in the many Waldo publications. 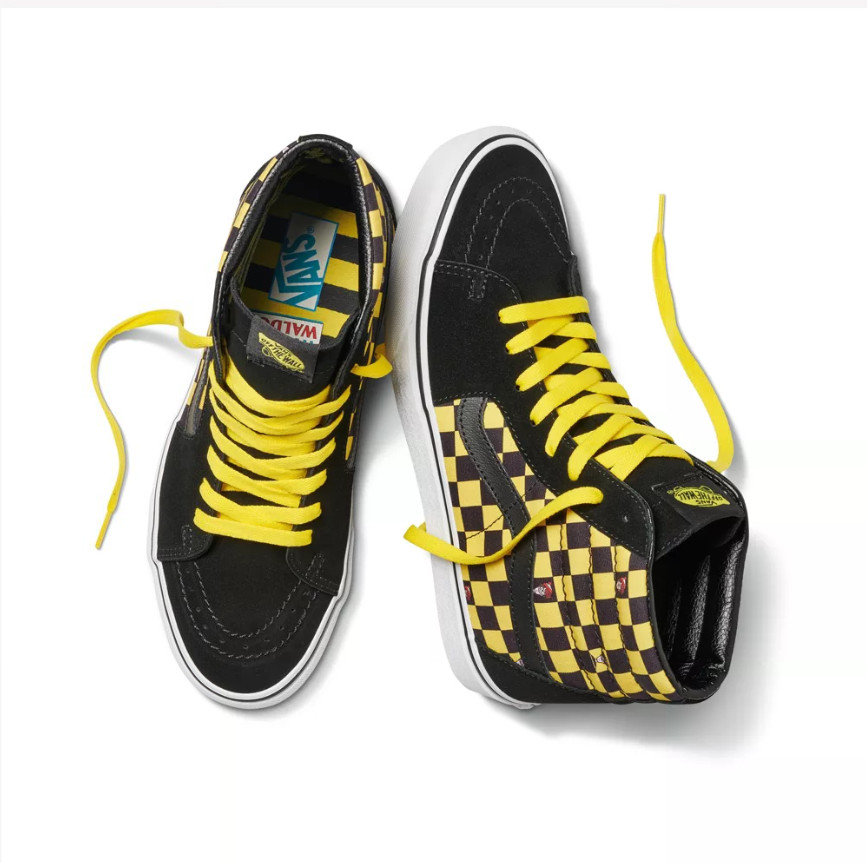 Seeing these shoes almost makes me want see if my Where’s Waldo? books are buried in a box somewhere. My eyesight isn’t what it was like when I was a kid, but hey, I can use a magnifying glass, right?