BACK TO THE FUTURE-Inspired Self-Lacing Shoes Are Slick

It’s time once again to discuss the concept of self-lacing shoes made famous by Back to the Future II, because somebody new has taken an IRL shot at it. And while we’ve seen others tackle self-lacing shoes before, this pair is especially slick. Although it’s just a prototype, and obviously not quite yet ready to come to market.

YouTuber, the Hacksmith, and his crew are behind this new take on the famous Back to the Future shoes. The Hacksmith, a.k.a. James Hobson, has offered up countless other real-life takes on famous props from blockbuster media properties. The engineering lab’s various iterations of—extraordinarily dangerous— lightsabers, for example, are worth checking out.

Immediately below is the build video for the self-lacing shoes, which covers how the team dissected and resurrected the kicks. The process, of course, looks like it took a while, and involved a lot of intricate problem solving, but to sum up: the shoes have little motors in them which tug tight their laces.

As for the actual shoes, they may be one-off prototypes, but they’re still clean, simple, and functional. (At least for the single demonstration in the video.) For those who want to just check out the shoes, we suggest you skip to about ten minutes in. Hobson shows off the shoes right around there, and how they close up real snug-like in just a few seconds.

There’s also a pretty hilarious spoof Apple commercial for the shoes toward the end of the video; it begins around the eleven-minute mark. But, and we can’t stress this enough, do not believe the Hacksmith when he says there’s a Kickstarter for these shoes! Bad, bad things happen when you go to that Kickstarter page. Things not even a flying time machine could help you forget. 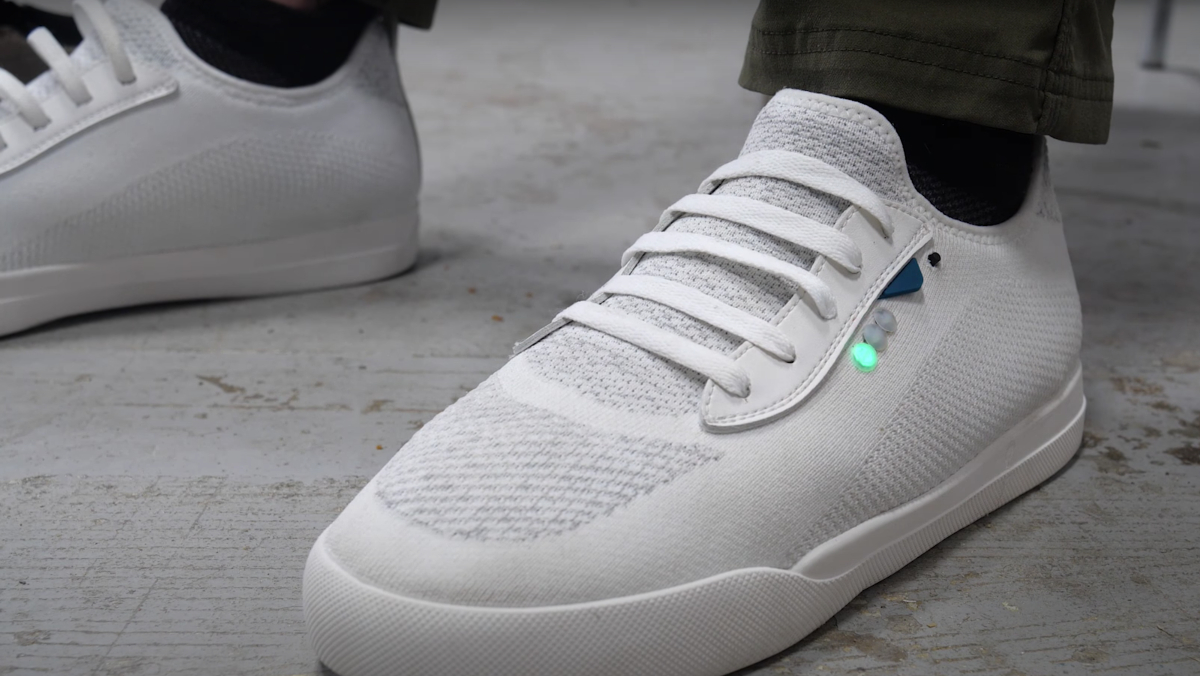 TAGGED: Back to the Future, Shoes, the Hacksmith