Prepare the toothpick and jeans: Jackie Daytona is going to the Emmys. One of the many surprises to come out of the 72nd Emmy nominations was What We Do in the Shadows’ nod for best comedy series. Just a year ago, the vampire comedy was a niche, goofy cable series, and come September, it faces off against the likes of award season favorites The Marvelous Mrs. Maisel and Curb Your Enthusiasm.

In recent years, episodic comedy has, especially in critical conversation, become a rarity as its narrative-driven cousin has picked up steam. This is, in many ways, due to the changing landscape of television: episodic comedies, historically, tend to accrue 20-plus-episode seasons at the behest of their network homes. Shorter, narrative-driven series is more marketable across cable platforms and the growing streaming libraries. The network sitcom of yore still exists, but shorter, more bingeable narrative comedies have largely changed the game. Somehow, within this ever-changing comedy landscape, What We Do in the Shadows has carved out a perfect spot. 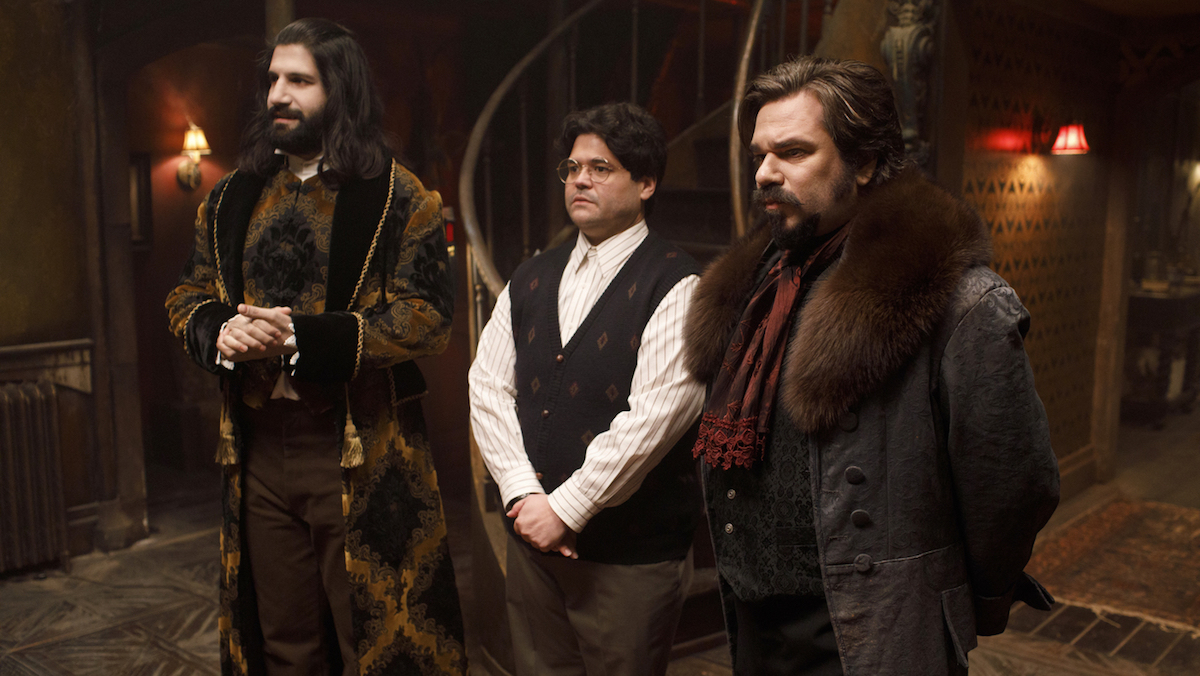 Following a group of vampires (and their familiar) living in present-day Staten Island, What We Do in the Shadows is an absurd, fantastical series that is nevertheless wholly rooted in reality. Nandor (Kayvan Novak), Nadja (Natasia Demetriou), and Laszlo (Matt Berry) are an ancient trio of vampires who arrived on Staten Island with plans of conquering the “New World.” But over the course of 200 years in America, their plans fell by the wayside as they cheered on the ’92 dream team and formed a folk group. “Energy vampire” roommate Colin Robinson (Mark Proksch) resembles a human, but can drain a person of their energy with a single boring conversation.

One What We Do in the Shadows‘ strongest assets is its loosely-connected narrative. Notwithstanding Guillermo’s (Harvey Guillén) journey from eager familiar to reluctant vampire hunter as a narrative throughline, the series largely uses contained episodes to dig deeper into its world, from their showdown with werewolves to their attempt to take over local government. 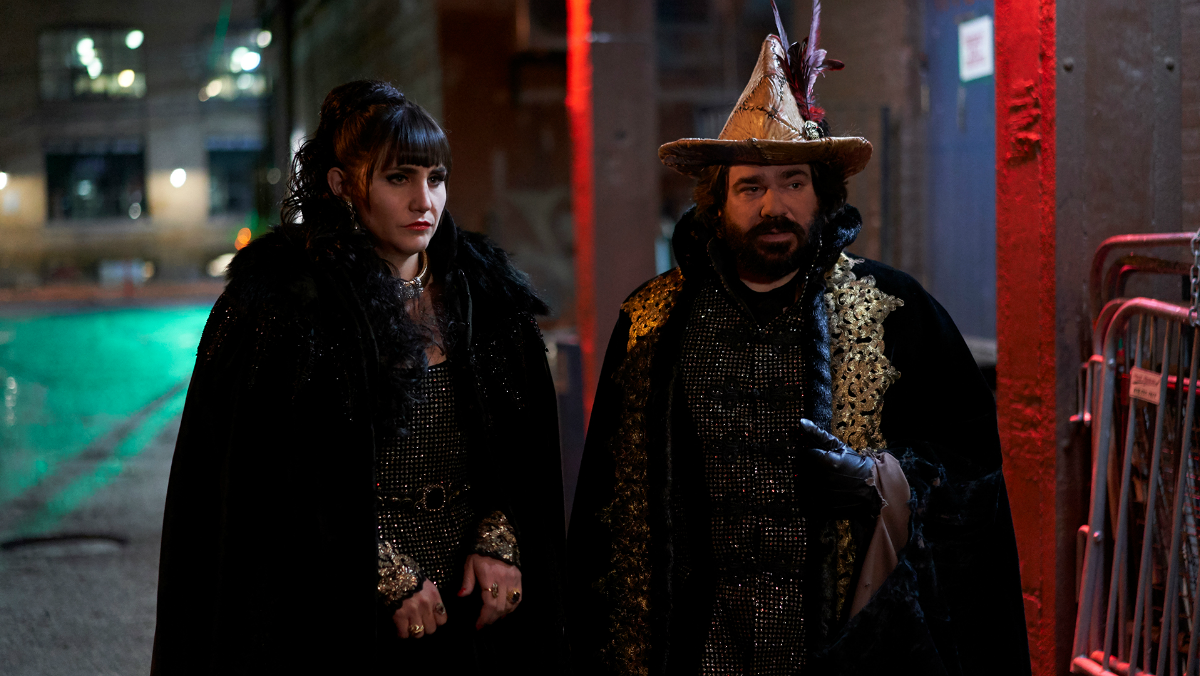 It’s the episodic formula that really makes What We Do in the Shadows stand out. In contrast to the likes of the intricately mapped-out The Good Place and darkly funny Dead to Me (both likewise nominees in the Best Comedy category), What We Do in the Shadows is a string of disconnected absurdities loosely threaded together—and purposely so. While more character-driven than narrative-driven, fellow Emmy contender Schitt’s Creek also relies heavily on specifically-crafted arcs to shape its characters’ progression over time.

Those brilliant series couldn’t differ more from What We Do in the Shadows, with its standout episode featuring Laszlo on the run, living under the assumed identity of “regular human bartender” Jackie Daytona. This goofy premise could never work with a more concentrated overarching narrative, but it perfectly sums up the series’ brilliance, taking off-beat or bizarre concepts and running wild with them for a whole episode. The episodic formula allows the series to fully embrace its weird world, and the payoff is always worth it.

The dissonance between the nominees in the Best Comedy category is exciting. In many ways, award shows nominations are always somewhat derivative. However, What We Do in the Shadows‘ nomination makes the case for episodic comedy—or, at least, is a sweet reminder that the future of episodic comedy is in good hands.

TAGGED: FX Networks, What We Do In the Shadows