The Best Things Nerdist Has Watched So Far in 2020 - Nerdist

The Best Things Nerdist Has Watched So Far in 2020

We’re halfway through 2020, and needless to say it’s been a long 37 months. But this year has given us plenty of great new things to watch. So to celebrate a few positives from 2020, here are the best things the Nerdist staff has watched so far this year, both new and new to us. 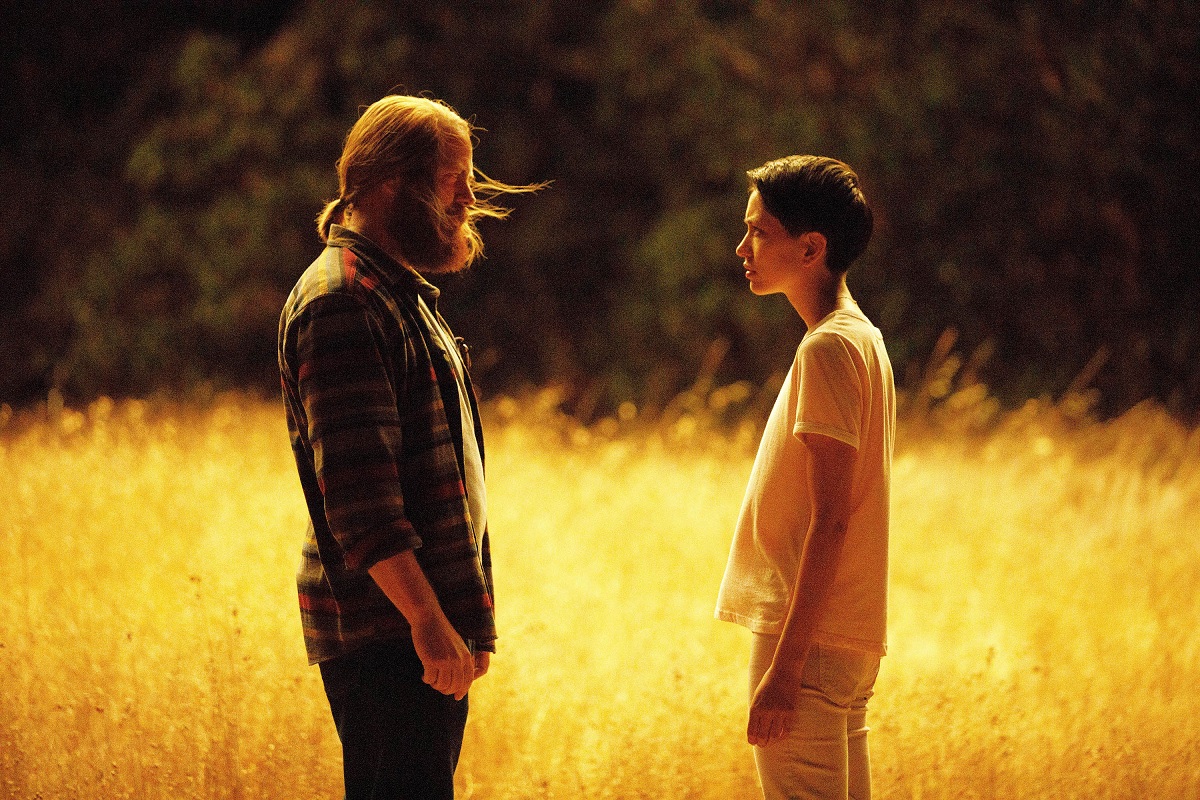 Kyle Anderson on Devs: After Ex Machina and Annihilation, not to mention his earlier screenplays for Danny Boyle, Alex Garland was already in rarefied air with me. His FX on Hulu mini-series Devs proves Garland’s sensibilities work great in episodic format. A treatise on technology, metaphysics, and determinism, Devs is at its core a deeply moving story of the lengths we’ll go to run from grief. Sonoya Mizuno carries the show with her soulful, stoic performance, while Nick Offerman and Alison Pill provide the perfect degree of hippie-infused menace. Tech companies sure are weird.

Birds of Prey and the Fantabulous Emancipation of One Harley Quinn

Riley Silverman on Birds of Prey: The last movie that I actually got to see in theaters in 2020 was Margot Robbie’s violent romp through the streets of Gotham City. And what a filmgoing experience to go out on. It wasn’t just a quick last minute, after-work drop-in as is often the case with my theatergoing, but a girl’s night out with a crew of badass ladies to the Alamo Drafthouse in Los Angeles. The theater was packed with rowdy ladies making no effort to contain our glee at every moment of mayhem on screen. The lobby was occupied by a local roller derby crew serving up Harley Quinn-style face paint. The movie itself is a blast, but that entire experience of going to see it was one of the most fun nights I’ve had at a movie theater in ages. Super awesome memory to hold onto these days.

Lindsey Romain on David Lynch’s weather reports: David Lynch’s weather reports are not specific to 2020, but this year he brought the beloved bit back to his YouTube channel after a lengthy hiatus, right when the world needed his particular brand of oddity most. In the short videos, the director narrates his own weather reports for Los Angeles, a city where the weather is pretty much exactly the same every single day. I’ll be honest, I don’t have the willpower for a lot of media right now. It is hard enough to comprehend the world around me and my own interior world; watching new things is increasingly cumbersome. But David Lynch, one of our most fascinating auteurs, taking a little time out of his day to ramble nonsense about weather? It’s basically ASMR. And I’m grateful for it.

What We Do in the Shadows season two 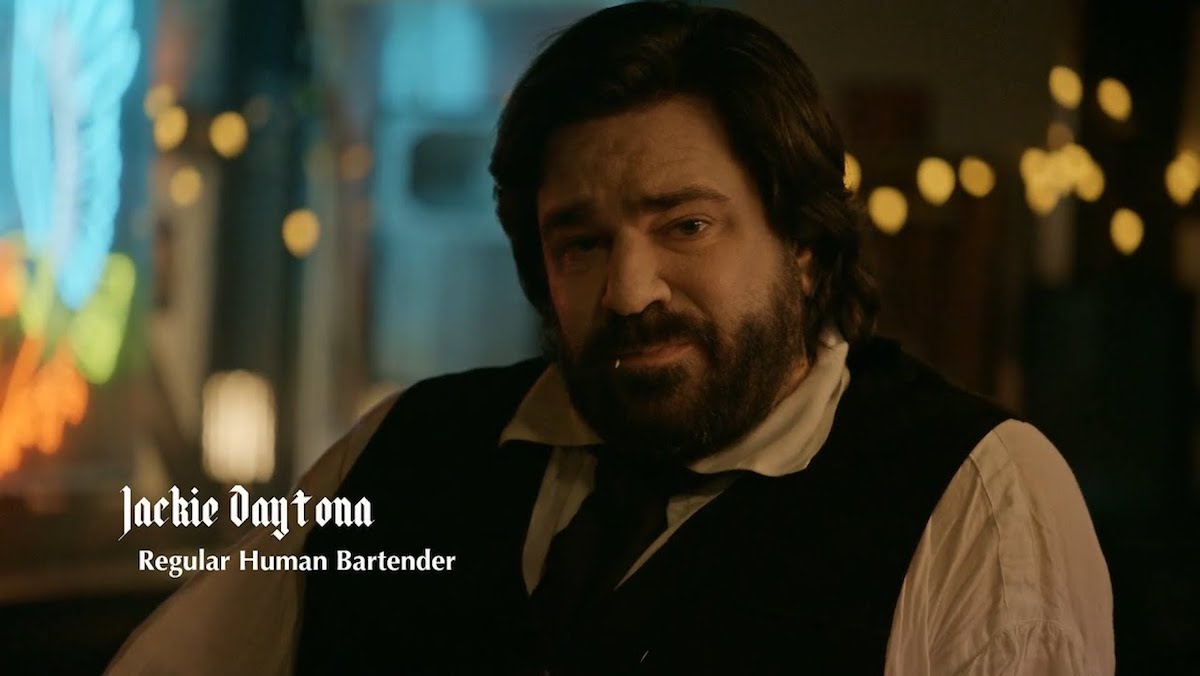 Mikey Walsh on What We Do in the Shadows: FX’s series What We Do in the Shadows is a spin-off of the flawless 2014 mockumentary. When the show premiered, it seemed unlikely it could ever match the original movie’s brilliance. But in its second season, it did just that. Staten Island’s funniest vampires—and one killer familiar—delivered ten weeks of perfection. And the absolute highlight came when Matt Berry’s Laszlo went into hiding from guest star Mark Hamill (playing an absurd vampire of his own). With only a toothpick, Laszlo became Jackie Daytona, “regular human bartender” and girl’s volleyball enthusiast. It was everything great about the show—impeccable writing and performances wrapped in total earnest silliness—distilled into 22 amazing minutes. 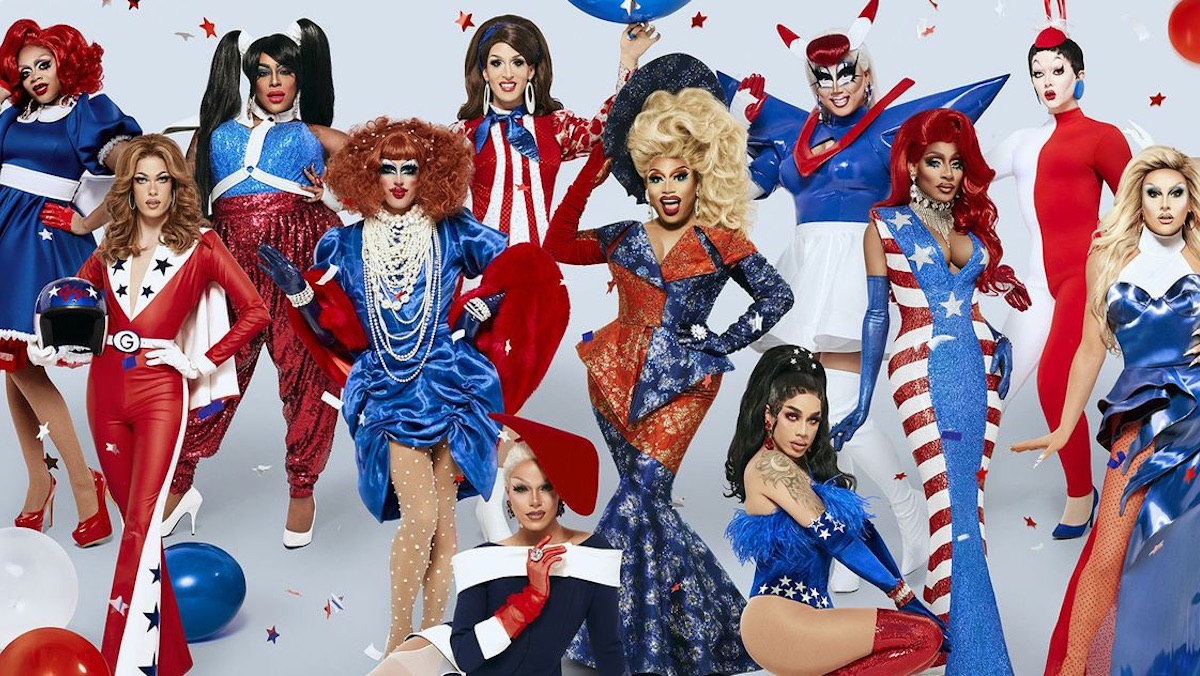 Eric Diaz on RuPaul’s Drag Race: After last’s year unsurprising season, with tons of petty drama and several lackluster contestants, RuPaul’s Drag Race rebounded in season 12: a year that aired almost entirely during the quarantine. Season 12 was filled with polished queens and overall good vibes between the girls. It was exactly what the doctor ordered for its largely LGBTQ audience, deprived of Pride festivities this year. Coronavirus forced a unique stay at home solution for the finale and crowning, thus making it the most creative conclusion in years. When we really needed them, the Ru girls pulled through with sparkles and sequins.

The Half of It 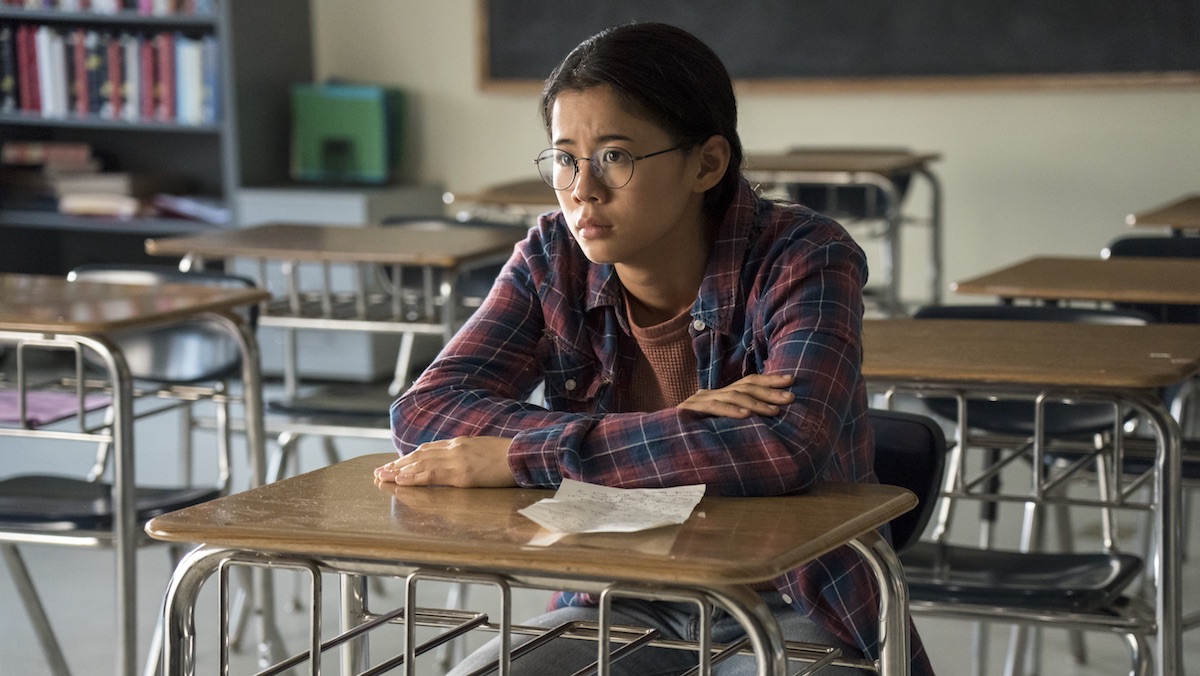 Tai Gooden on The Half of It: The Half of It is a brilliant, funny, and poetic coming-of-age film about acceptance, romance, and personal growth. Ellie, a modern day Cyrano de Bergerac, sports jock Paul, and pretty and popular girl Aster mostly break away from expected stereotypes with rich layers to their lives. The trio explores romantic love while gaining a deeper understanding of the importance of platonic bonds. It’s a moving tale with a satisfying yet unexpected ending that leaves viewers wanting more in the best way. 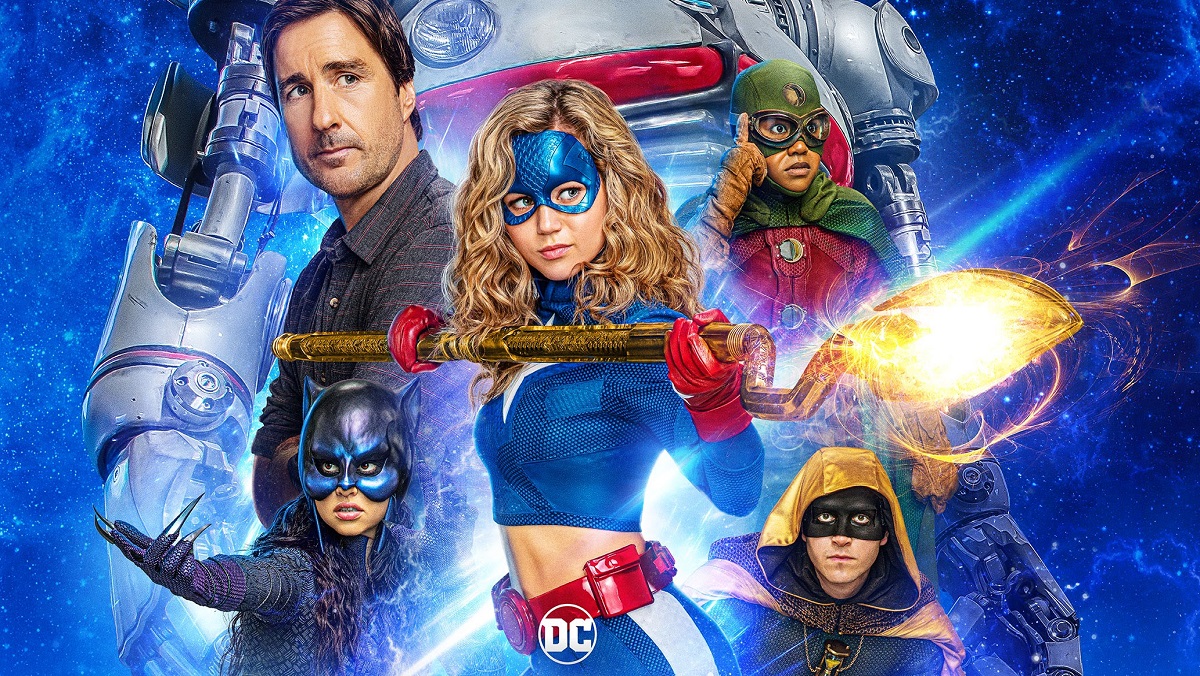 Rosie Knight on Stargirl: I’ve never been too much of a fan of The CW’s DC shows. I lived in London, where they rarely screened on normal TV, and the only one I really love is Legends of Tomorrow. Stargirl has changed all of that. This sweet, pure, thoughtful, inclusive, and silly show has been a highlight of my TV year. Following a young girl who moves to Nebraska with her mum and stepdad only to discover that her stepdad (Luke Wilson!) is an ex-super sidekick. Legacy, family, agency, and power are all explored here and it’s honestly one of the best shows currently on TV. 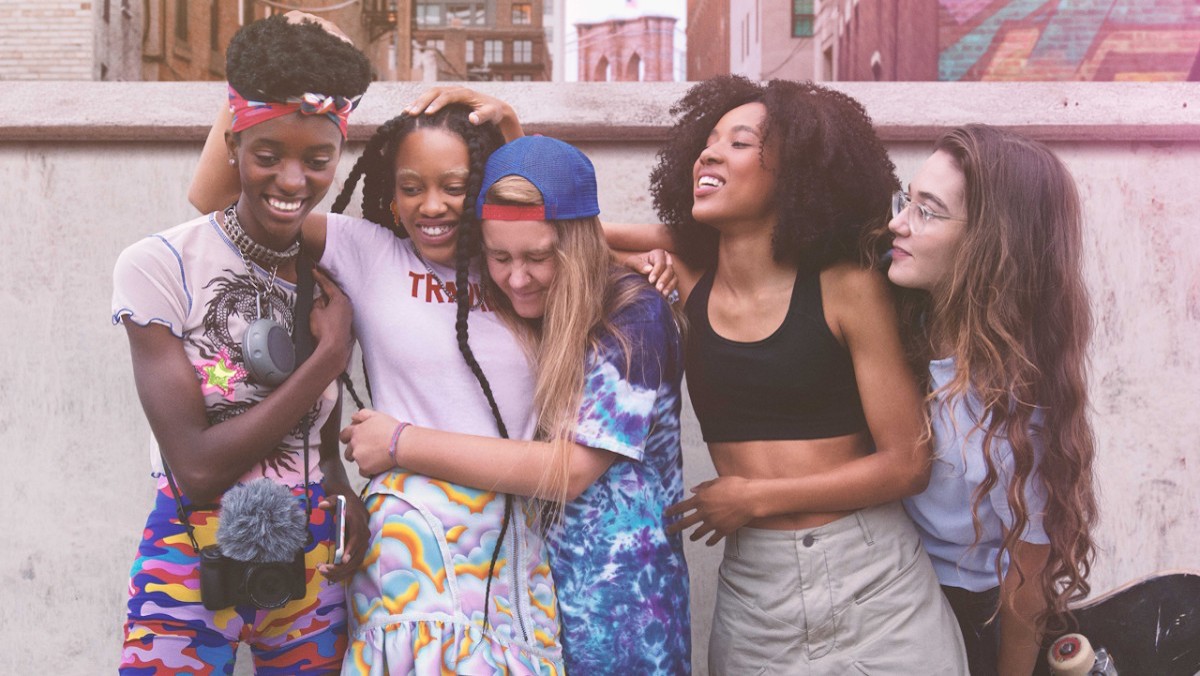 Mica Arbeiter on Betty: In 2018, Crystal Moselle wrote and directed Skate Kitchen, a sweet and melancholic feature about a collection of teenage girls who found friendship and personal liberty on the skate parks of New York City. Somewhere in the process of adapting the film to the small screen, Moselle and her central cast—all returning, though in subtle re-imaginations of their original roles—found an integral new ingredient. Betty is more inventive and more joyful than Skate Kitchen was, and perhaps more interested in the world beyond its skateboarding quintet. Challenging stories orbit the lives of Janay (Dede Lovelace), Kirt (Nina Moran), Indigo (Ajani Russell), Camille (Rachelle Vinberg), and—my favorite—Honeybear (Kabrina Adams). Though these characters’ humanity is the direction’s chief priority. In its brightest moments, Betty feels revolutionary on an existential level, underlining the inexorable importance in these girls being and doing what they love.

The scene from The Social Network where Eduardo tells Mark Zuckerberg he better lawyer up asshole starring me and @dylanobrien pic.twitter.com/XoPj9A7ahU

Meaghan Kirby on the Social Network reenactment: Few people are thriving in quarantine like Sarah Ramos. The former Parenthood star is channeling this era of chaotic uncertainty into something brilliant, recreating her favorite film and TV moments. In what is arguably her best entry yet, Ramos recruited Dylan O’Brien for an Oscar-worthy—or at least short-form Emmy—reenactment of The Social Network. You know the scene: Mark Zuckerberg and Sean Parker axe Eduardo Saverin from Facebook, setting the stage for their infamous lawsuit.

As Zuck and Parker, Ramos brilliantly pivots between boredom and glee, while O’Brien goes for full drama. Every exasperated, pained word landing with maximum impact. It’s a show-stopping minute and 26 seconds. A remarkable showing for the phrase, “Lawyer up, a**hole.” Of course, the internet loved it. I loved it. Even Andrew Garfield ( via Lin-Manuel Miranda) couldn’t get enough. If quarantine insists on going on forever, I’ll happily watch a sequel. Now, if you’ll excuse me, summer’s here and I’m off to find my favorite pair of f*** you flip flops.

Kelly Knox on Attack on Titan: If you’re an anime fan, no matter how casual, you’ve heard of Attack on Titan. The popular series has a reputation for violence and gore. And yes, it absolutely lives up to it. But even if you’re slightly squeamish like me, it’s worth giving the acclaimed series a shot. The story is that engaging, and the epic world-building keeps you thinking long after each episode is over. And, best of all, you won’t have to wait years between seasons when you binge it all on Hulu now. The final season of Attack on Titan will stream worldwide this fall on Crunchyroll and Funimation, so there’s no better time to start your marathon. 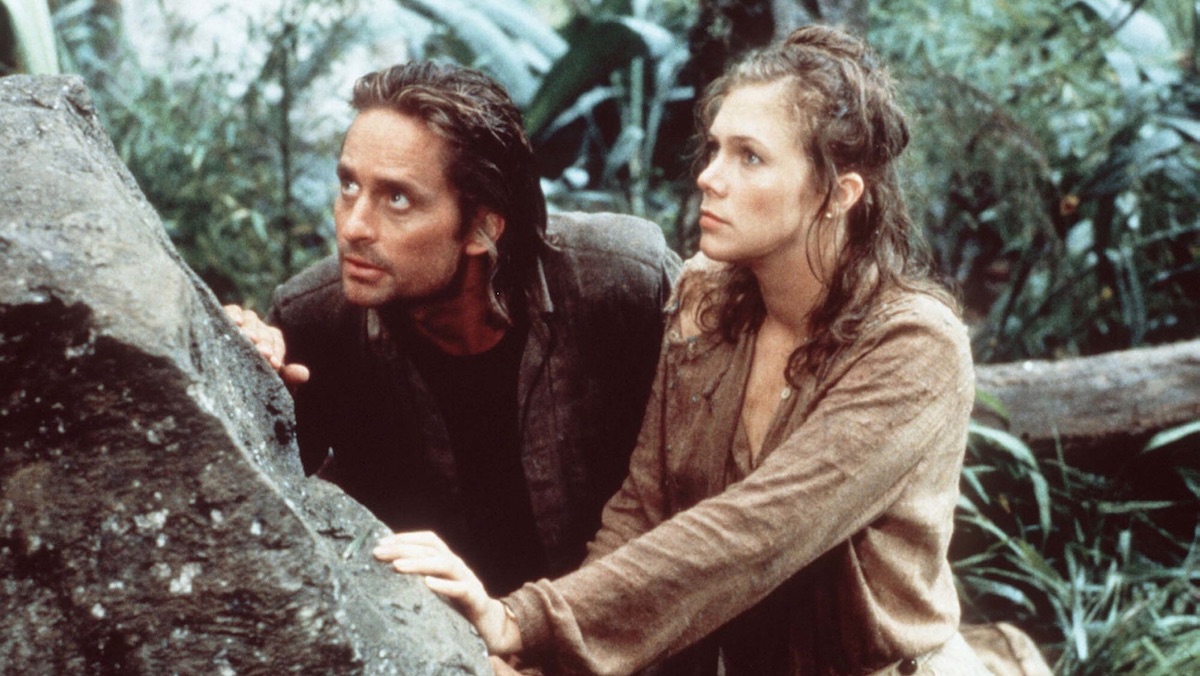 Amy Ratcliffe on Romancing the Stone: This has been the year of catching up on movies I meant to see but never got around to watching. Movies like 1984’s Romancing the Stone. The treasure-hunting romantic romp stars Michael Douglas and Kathleen Turner, and it could not be more made for me. Turner plays Joan Wilder, a successful romance novelist who launches into an unlikely adventure with danger, love, and crocodiles! A rather large number of crocodiles, actually. The lead actors ooze charm and chemistry. Romancing the Stone is exactly the kind of light, exciting movie I needed in 2020.

Hopefully the rest of 2020 has plenty more to offer. Both on screen and off.

TAGGED: RuPaul's Drag Race, What We Do In the Shadows, Birds of Prey and the Fantabulous Emancipation of One Harley Quinn, Attack on Titan