How SCHITT'S CREEK Became the Sweetest Show on Television - Nerdist

How SCHITT’S CREEK Became the Sweetest Show on Television

It’s not often that a television show becomes a sensation deep into its run, especially in this ever-expanding age of television. But Schitt’s Creek, about a formerly wealthy family forced to start anew in the podunk town that doubles as the series’ name, has managed this remarkable feat—and deservedly so. There are many reasons fans and critics celebrate the series, but the root of its popularity lies with the Rose family.

Over the course of five seasons, we’ve watched Johnny (series co-creator Eugene Levy), Moira (Catherine O’Hara), David (series co-creator and showrunner Daniel Levy), and Alexis (Annie Murphy) struggle, adapt, and eventually embrace their life in Schitt’s Creek. Inhabiting a pair of adjoining motel rooms, they’re forced to not only embrace their new surroundings but also confront their distant, dysfunctional family dynamic. The end result is a sweet, heartfelt, and hilarious depiction of an out-of-touch family making its way back to reality. As Schitt’s Creek heads into its final season, we’re examining how each member of the Rose family has grown over the course of the series. 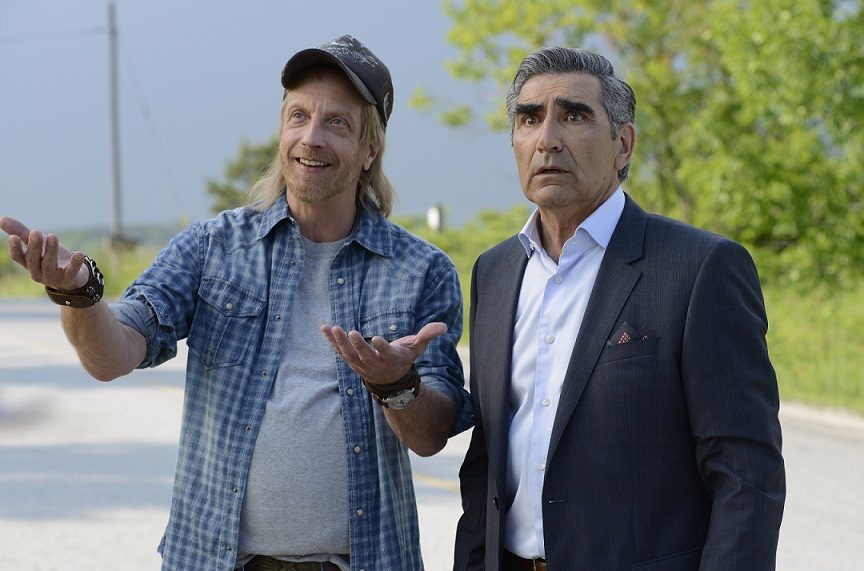 The series opens as Johnny Rose’s empire is falling apart, after he’s been swindled by his longtime (apparently crooked) business manager. Throughout the first few seasons, the once-successful businessman struggles to find his footing in Schitt’s Creek, even as the rest of the family finds themselves settling within the town ecosystem. Eventually, Johnny finds his phase two at the motel his family calls home, helping Stevie Budd (Emily Hampshire) rebrand and run it.

One of the genius elements to Schitt’s Creek is its ability to pair just about any combination of characters and it’ll work beautifully. While Johnny spends most of the series sparring with town mayor Roland Schitt (Chris Elliot), one of the more surprisingly charming pairs is Johnny and Stevie. As they work to turn the motel into a profitable enterprise, the friendly rapport develops into a sweet familial bond—one neither realizes they needed. And it’s gratifying to see play out.

While this moment isn’t the best for Johnny, it encapsulates so much about what he represents as a character. The straight man of the series, many of Johnny’s best moments come in the form of baffled reactions. It makes sense: Eugene Levy truly has the most expressive brows in the game. But during this season three moment, when his frustrations over his lack of success in Schitt’s Creek comes to a head, Johnny acts out of character, reinforcing three important Schitt’s Creek facts: 1. Johnny is a proud businessman, 2. he and Moira have an endearing relationship, and 3. the Rose family has a chaotic, but loving, dynamic. 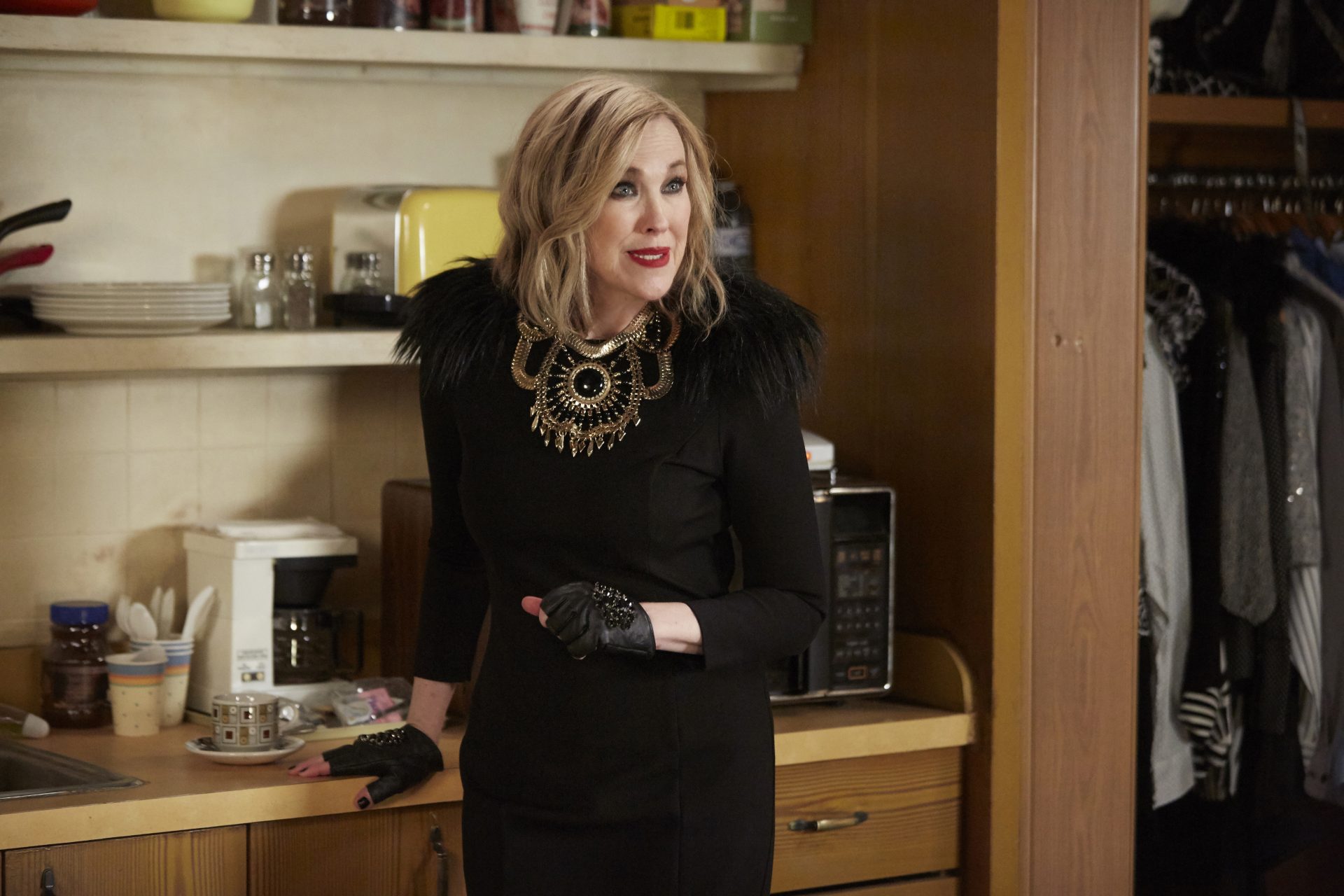 Moira Rose became an icon in the opening minutes in the pilot. She enters the series with a mournful scream and moments later, scolds a maid for placing feuding wigs together during a rushed packing job. She was immediately entrancing and we hadn’t even reached the depths of her untraceable accent and unparalleled vocabulary.

One of the throughlines of the series is Moira’s continuing belief that she and Johnny will eventually depart Schitt’s Creek. However, even she eventually ingratiates herself within the town. No longer as heavily-medicated, the former soap star envisions herself a long-term visiting sage, bestowing the people of Schitt’s Creek with her profound and worldly wisdom through her participation in the Jazzagals, the local a cappella group, and eventually as a town councilor. When she does inevitably depart, Moira will have left a lasting impression on the community—as well as a signed ’80s headshot.

In the first of many Schitt’s Creek moments to go viral, Moira took one for the team by starring in a fruit wine commercial. Early in the series’ run, the minute-long trailer introduces so many of Moira’s now-legendary traits (bébé notwithstanding). It serves as just a short preview of the masterful performance O’Hara had in store. 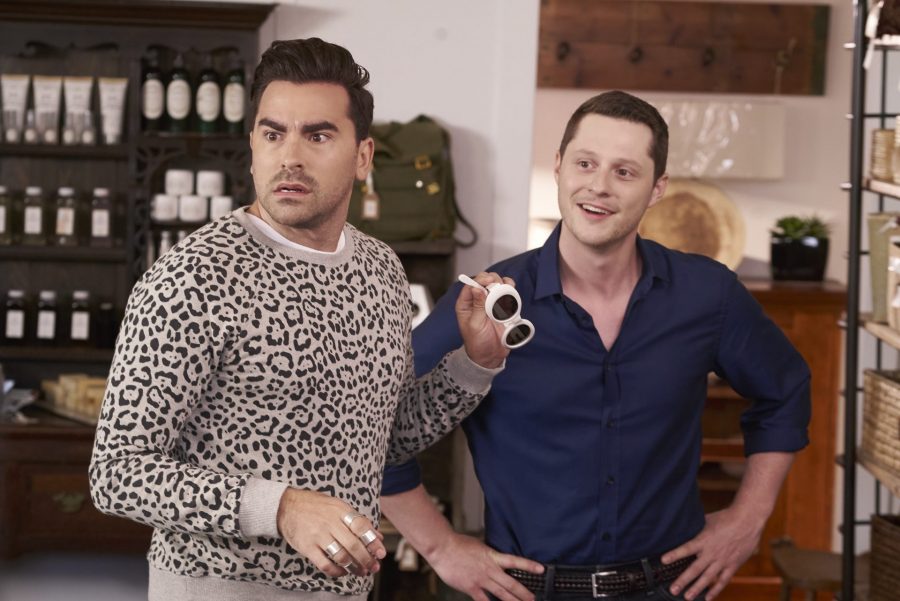 David’s arrival in Schitt’s Creek is arguably the rockiest, as he’s paralyzed in a state of panic and disbelief. Thankfully, he finds kinship with the equally sardonic Stevie. While often masked by his sarcastic nature and dry quips, David begins the series as an incredibly lonely person. It’s referred to often in quick asides about his life in New York, teen years, and digs from Alexis. The brief prospect of returning to New York in season one forces David to confront his loneliness.

Over the course of the series, David undergoes one of the most substantial emotional arcs. He breaks down his emotional barrier and icy demeanor to find confidence and self-love. His friendship with Stevie and relationship with Patrick are where this dramatic shift and perspective shines the brightest. After a brief friends-with-benefits situation with Stevie and a disastrous almost throuple, David eventually finds love with Patrick (Noah Reid), his business partner-turned-fiancé. The relationship brings out a slightly warmer side to David, one that now coexists beautifully with his cynical nature.

Since 2018, the Tina Turner version of “The Best” has been largely synonymous with Schitt’s Creek, and for good reason. The song provides a pivotal backdrop to David’s burgeoning relationship with Patrick. Largely closed-off during the first few seasons, this season four moment sees David forced to put himself out there in a major way. It’s an “olive branch” during a fight with Patrick. It also calls back to Patrick’s serenade just episodes prior— a scene that might just be the sweetest moment on television this decade. It’s a goofy, adorable, and a seemingly un-David move, which makes it all the more poignant. 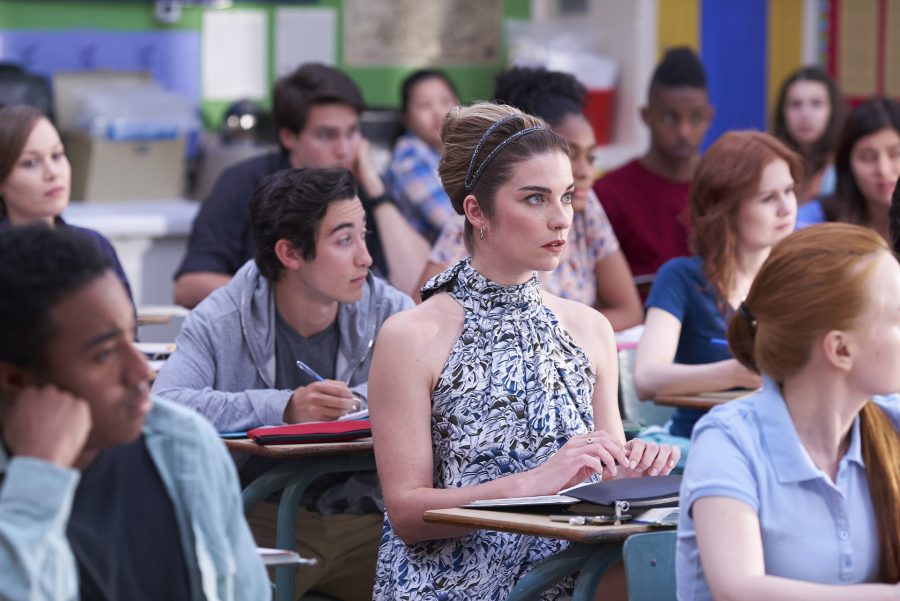 Alexis Anna (or Emma, Hanna, Elspeth, or Claire) Rose largely spends the first season as she would have prior to financial ruin. She’s fulfilling court-ordered community service and trying to have a good time. Ditched by her dubious shipping heir boyfriend at the start of the series, Alexis quickly acquaints herself with the local late twenty-somethings of Schitt’s Creek. She befriends cafe waitress Twyla (Sarah Levy) and captures the heart of adorably dopey vet Ted (Dustin Milligan) while falling for Roland and Jocelyn’s nomadic son Mutt.

However, after relationships with both of Schitt’s Creek’s most eligible bachelors, Alexis refocuses on herself, and it is so much fun to watch. She obtains her high school diploma, goes to college and later starts a local public relations company. By the time Alexis and Ted get back together at the end of season four, her entire perspective and self-perception have shifted. Like David, Alexis undergoes an emotional growth that underscores the town’s impact on the Rose family. She comes into her own, realizing she’s smarter and more capable than she’s been given—or has given herself—credit for. She, too, develops confidence in herself, nurturing her entrepreneurial spirit and accepts that she’s deserving of happiness with Ted. It’s not as exciting as life with a diamond smuggler (or sultan’s nephew), but honestly, that’s for the best.

One of the best running gags throughout the series is Alexis’ previous outlandish (and often dangerous) adventures. They usually involve jet-setting around the world and eventually seeking refuge at an embassy. However, Alexis’ best moment samples another classic heiress staple: a reality show. For her Cabaret audition, performs the title track off her “critically reviewed” reality show A Little Bit Alexis. The performance is messy and the lyrics are absurd but Alexis’ confidence is endless.

The Warmth of Schitt’s Creek 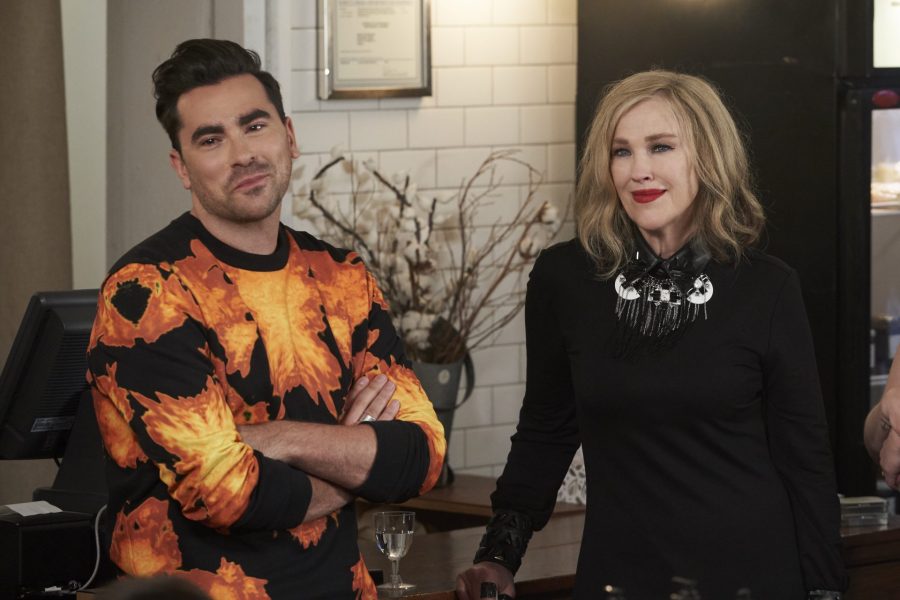 While hilarious from the start, the magic of Schitt’s Creek is how it came into its own. Over time, the series has developed an overt emotional pull beyond its witty banter. Anchored by its sentimentality, the series trades in slapstick jokes for genuine affection. The series often lets its poignant moments linger, never undercutting them with punchlines or unnecessary jokes. In an interview with New York Magazine earlier this year, Dan Levy underscored the importance of that element to the series.

He said, “We’ve never been scared of going there in terms of sentimentality because we’ve never considered the show to be a comedy. In our minds, the show is a drama that happens to involve funny people.” It’s because of this mindset there’s a warmth to Schitt’s Creek jokes. One that fuels every barb, bit of banter, and outlandish pronunciation of bébé. That the series radiates positivity is what’s led to its overwhelming success.

Schitt’s Creek could have easily been a Canadian Arrested Development and it likely would have worked well enough as a concept. But it’s specifically in how the series diverged over time that paved the way for it to become a sensation. It’s not that viewers are watching the Roses fundamentally change as people. Rather, it’s watching them grow into better, more rounded versions of themselves that create such a moving experience. In doing so, the series also forgoes the joke fatigue and character frustration many sitcoms—including its Southern California-set cousin—face over time. Instead of watching Moira bemoan her life in Schitt’s Creek five seasons in, we get to watch as she directs the community theater production of Cabaret with the intensity of Bob Fosse in a beguiling wig—while also still very much ready to leave town at a moment’s notice.

In many ways, finding a home on the smaller, still-developing Pop TV may have been something of a saving grace for Schitt’s Creek. The series was able to grow and develop organically in a way that reflected its characters, never feeling forced to compromise. It’s no surprise Schitt’s Creek‘s cultural and creative peak occurred simultaneously. Watching the Rose family develop has been an exciting slow burn of a character study—and a joy to watch.

The sixth and final season of Schitt’s Creek returns to Pop TV on January 7.