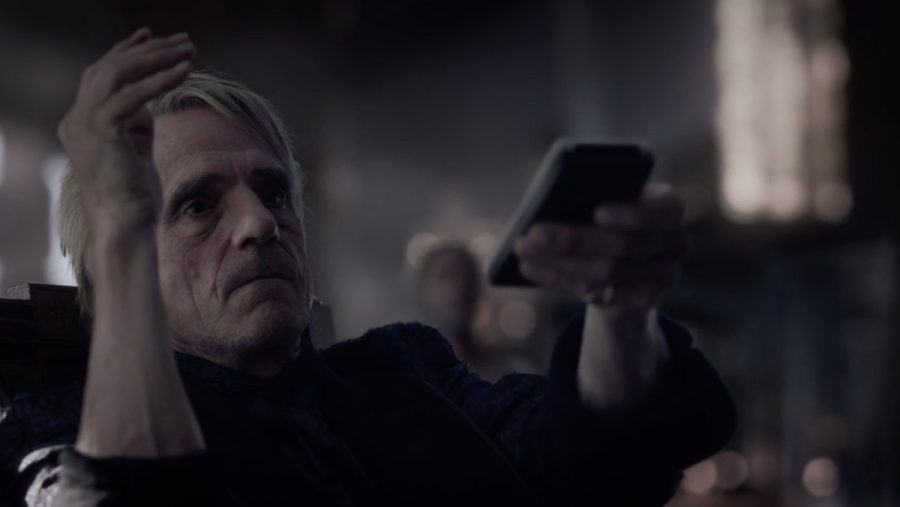 We’ve been unravelling the bizarre mystery of Adrian Veidt throughout Watchmen‘s first season. It’s been a weird journey, but the show’s beautiful eighth episode finally gave us many of the answers we’ve been looking for. We know exactly when Dr. Manhattan sent Ozymandias to his paradise-turned-prison on Europa and how long he has been there. We even saw the man Adrian Veidt became after he “saved” the world. And his post-credits scene was also a clue about where he is going next. (Or where he might already be). But even beyond that, his jailhouse confession also explored one of the show’s biggest themes—loneliness. It’s a feeling that drives every main character on the show.

HBO’s companion website for the series, Peteypedia, said the world learned last saw Adrian Veidt in public in 2007. In 2012 authorities announced the recluse genius billionaire formally missing. He was officially declared dead in 2019, at the start of the show.

Phillips and Crookshanks always celebrated the anniversary of Veidt’s arrival on their home planet with a cake. Each year was marked by another candle. The one he was given in his cell in episode eight’s post-credits scene had seven. Ozymandias started making his horseshoe-aided escape in 2016. 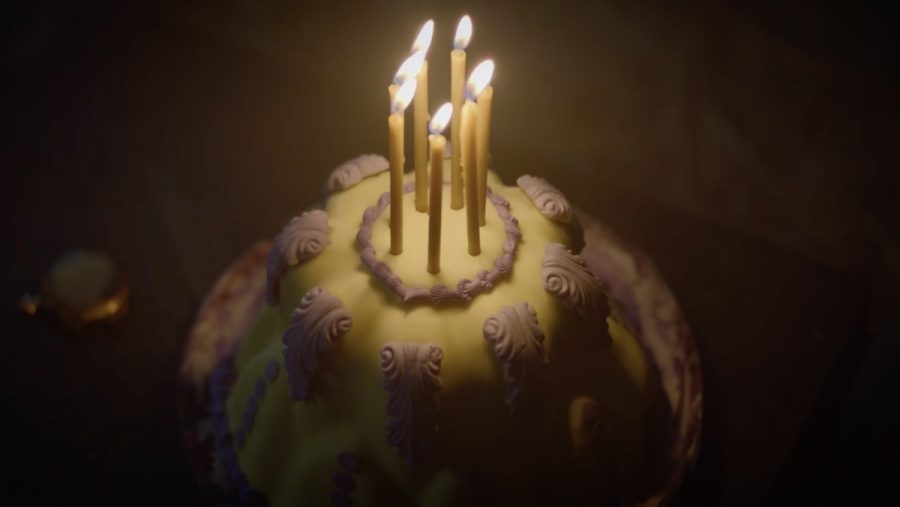 Veidt’s plans for mankind’s “great future” had been ignored. His squid might have saved the world from nuclear annihilation, but it didn’t save humanity from itself. Even continuing the lie with his baby squid showers wasn’t enough. All of the lives he sacrificed had been for nothing. Not only that, no one knew what he had done. The brutal reality he was both unappreciated and a failure was too much for even the “smartest man in the world.” It left him broken, reduced to a being Watchmen’s own Howard Hughes-like figure. He lived alone in his ivory tower of Karnak, yelling at his wall of TV’s like an angry old man.

When Dr. Manhattan offered him a chance to live in the kind of Utopia he always dreamed of, an emotional and exhausted Veidt jumped at the chance. He left his disappointments behind for a paradise full of people “who are designed to care for others instead of themselves.” He had everything he wanted. Or so he thought. 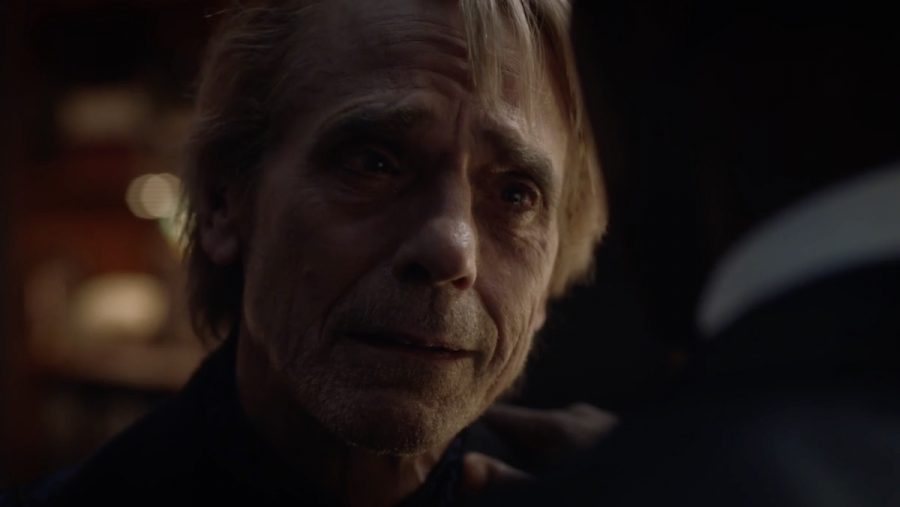 Unfortunately, Veidt learned the same thing Manhattan did. “Infinite love” is unsatisfying. Creatures made to “appease” and “adore” you no matter what you do can’t give you real love. Ozymandias wants to be worshipped, but Phillips and Crookshanks’ worship is empty. They make a literal Garden of Eden into a form of Hell for him, so like Dr. Manhattan, he wanted to leave. At least messy Earth with its flawed, selfish people is authentic. Unlike Dr. Manhattan though, Adrian Veidt can’t teleport. He spent years working towards that goal, breaking the only rule he had to obey. He became a joke, despite all of his genius and efforts: pigs declared him guilty in a kangaroo court, tomatoes were smashed in his face by idiots, and he was left to rot in a dingy jail.

The episode’s post-credits scene indicated he will/has finally succeed in getting off of Europa. Phillips finally gave Veidt a horseshoe when he actually needed it. Lady Trieu, if she saw his “Save Me” message, can rescue him after he digs himself out of his cell.

She already might have, and we might have seen his return to Earth. When she bought the egg farmers’ land, which was also a flashback, a spaceship crash landed. She said it belonged to her, and Adrian Veidt may have been on it. That would explain how he might currently be a gold statue in Trieu’s vivarium. Maybe it was safer to transport him back at high speeds from Europa in a Han Solo/carbonite situation. If he is her secret father, she might be waiting to free him when she launches her Millennium Clock. It would be one hell of a reunion. 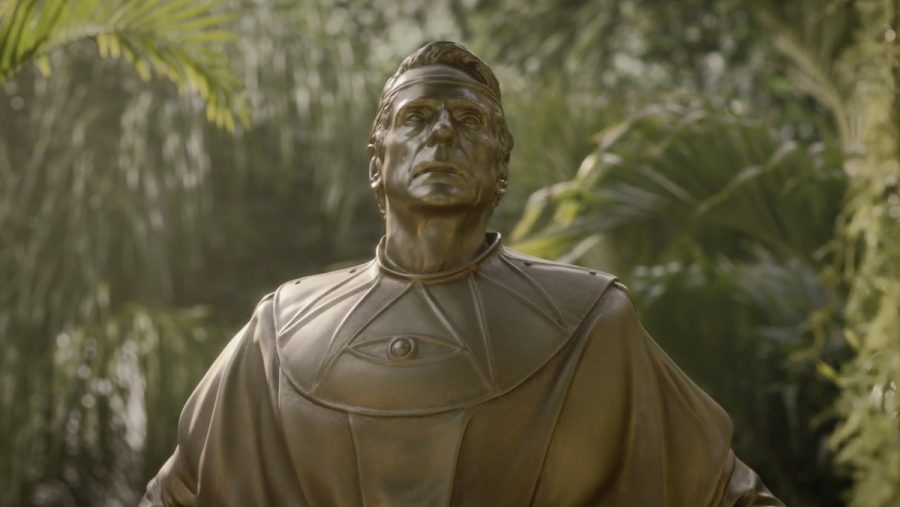 But that final scene with the game warden was about more than just the end of Veidt’s silly escape plan. It touched on the show’s recurring theme of loneliness. It’s a feeling that drives the actions of almost everyone on the show.

Ozymandias was reading Fogdancing in his cell, a fictional Max Shea novel mentioned in the original comic. (Veidt hired Shea to help create his giant squid and then killed him.) The book was a huge hit in the world of Watchmen, and has been spotted multiple times on the show. The egg farmer’s wife was reading it. A VHS copy (of one of the book’s two movie adaptations) was on the rack when a young Angela Abar bought Sister Night. Veidt said he likes the novel because it’s about loneliness, something he has felt his whole life. Alexander the Great is the only person Veidt has ever felt any kind of connection with. He decorates Karnak with items celebrating the famous Macedonian to try and make that feeling tangible. 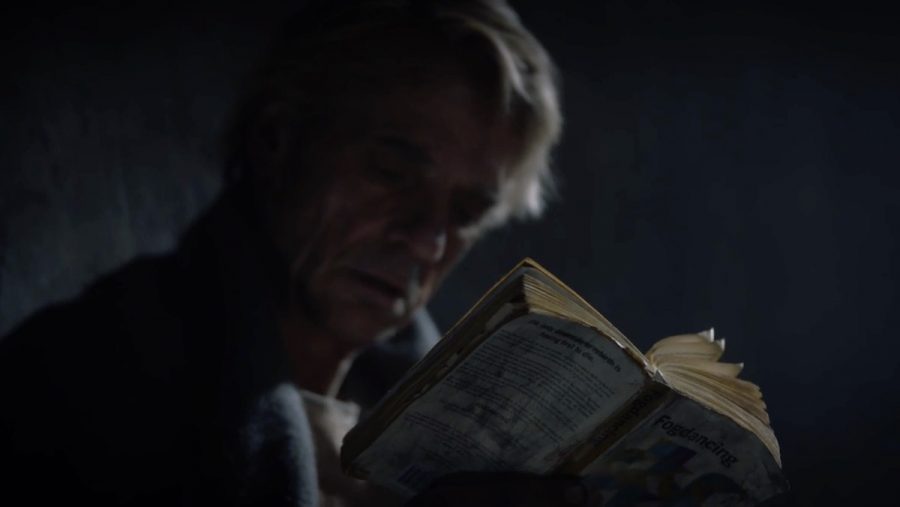 But he’s not the only one who feels lonely. Angela Abar grew up alone, like her grandfather Will did. Wade Tillman’s fear of another squid left him isolated in his sad bunker. Laurie Blake makes calls to her ex and carries around the weirdest suitcase in the world to deal with her loneliness, which isn’t as strange as Lady Trieu cloning her own mother. Even the members of the Seventh Kavalry feel abandoned and alone in a country they hate. Even Dr. Manhattan felt alone in his own world, enough that he came back to Earth even though it means he will be destroyed.

Laurie Blake said people put on a mask to hide their pain, and all of those covered faces hide the same pain. They are lonely. Phillips and Crookshanks know it, too. Their god already abandoned them and it hurt them when their new master wanted to leave them, too. Dr. Manhattan’s departure turned the Game Warden, the original Phillips created to care about others, as bitter and angry as anyone on Earth. Loneliness turned his heart cold. 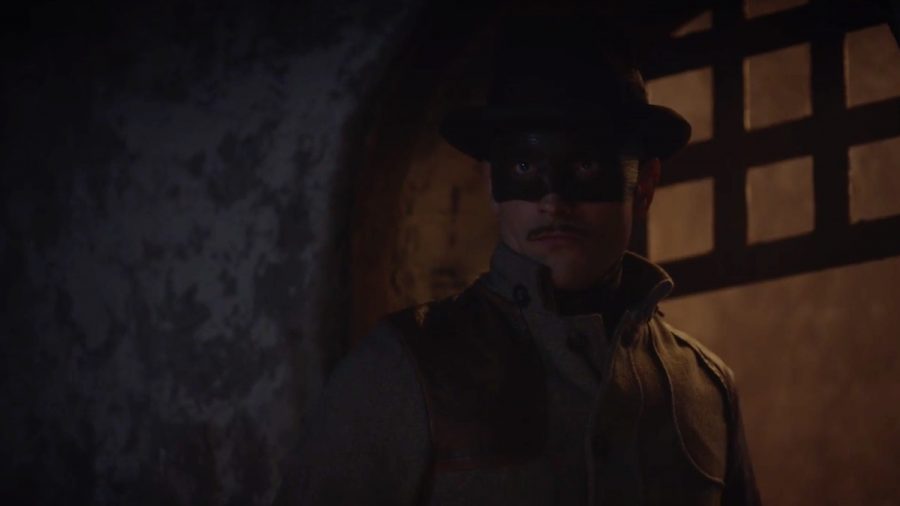 For the first seven episodes, Adrian Veidt’s story was absurd and silly. And despite everything he still hasn’t learned any humility. His savior complex is worse than ever. “My children are undoubtedly standing in their cribs crying out in desperation for me to return,” he said. But the same thing that brought him to Europa is the same thing that has made him want to leave, and that’s a human emotion we all know.

“Heaven is not enough because Heaven doesn’t need me,” Veidt said, because even geniuses and gods want to be needed and loved. Everyone does. It’s the only way to know you’re not alone.