There have been many gigantic animals who’ve lived throughout history. But, arguably, none compare to the iconic Tyrannosaurus rex. While we all want to celebrate the tyrant lizard king, there are only so many pairs of Jurassic Park shoes available. This is why it was fan-freakin’-tastic to watch sculptor Dart Clay Creations make a realistic T. rex out of clay and resin.

Let’s call this our “moment of rex” for the day.

Dart Clay Creations (a.k.a. dartclay) recently posted the above video to the sculptor’s YouTube channel. For those unfamiliar, Dart Clay is a sculptor and YouTuber who works with various types of clay. The sculptor’s interests coincidentally are right up Nerd Alley. And includes everything from superheroes to video-game characters.

Watch as the sculptor brings the beast together, first by assembling its wire skeleton, then by folding and mashing aluminum muscles into place.

He starts by using aluminum foil and wire. Then uses polymer clay, epoxy resin, glue, and acrylic to paint the ‘Clay’ rex. The figure really starts to take shape around halfway through the video.

As the sculptor slashes creases into the dino’s skin, sharpens its big teeth, and paints on all of its signature—although possibly unrealistic—markings, the T. rex comes fully alive. So much so that the sculpted dino could probably be used for inspiration for the next Jurassic World movie.

Dart Clay’s dino creation has gone viral on Reddit. The creator noted in the video’s thread that his channel is small and supposedly ignored by YouTube’s algorithms. However, this particular video is changing that. This video is currently the most-watched on his channel! We only say this to emphasize why we love the T. rex. It’s a big animal that attracts big talent. You know, like Jeff Goldblum. 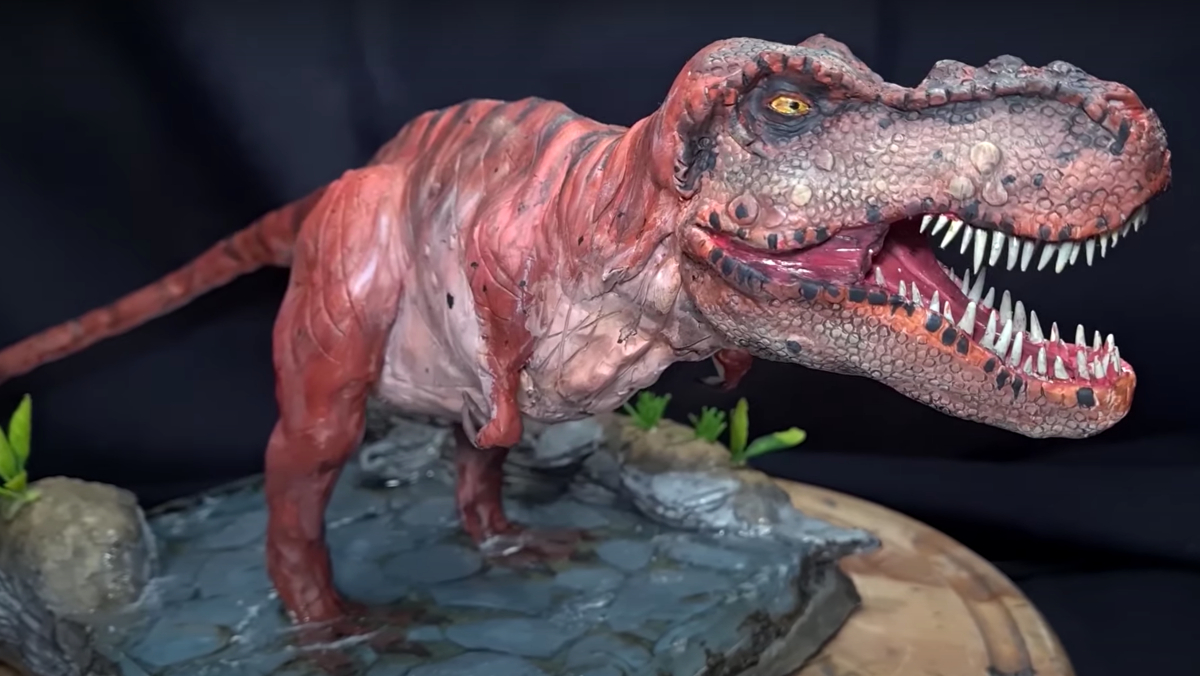