When Jurassic Park first hit theaters in 1993, all anyone could talk about were those pesky raptors and that grumpy T-Rex. But a quarter century after Steven Spielberg’s film changed the game for blockbuster movies, it feels like the most iconic image to grab a hold of the public’s consciousness is a shirtless and wounded Jeff Goldblum as Dr. Ian Malcolm. It spawned many a hilarious meme these past few years, and catapulted the “chaos theory” expert to a sex symbol status. A status he arguably didn’t actually have when the movie was first released in theaters.

Now, thanks to the good folks at Sideshow Toys, a highly detailed collectible statue of Dr. Malcolm in his sexy and wounded repose will soon be available for fans to display and show off in their own homes. The statue of the one and only Jeff Goldblum is one of the most detailed and impressive pieces we’ve seen. It includes the specks of blood on his chest and on his hand, and of course his shirt comes all unbuttoned and sexy like. And yes, the splint on his leg is right where it should be too. Sideshow didn’t overlook anything for this one. 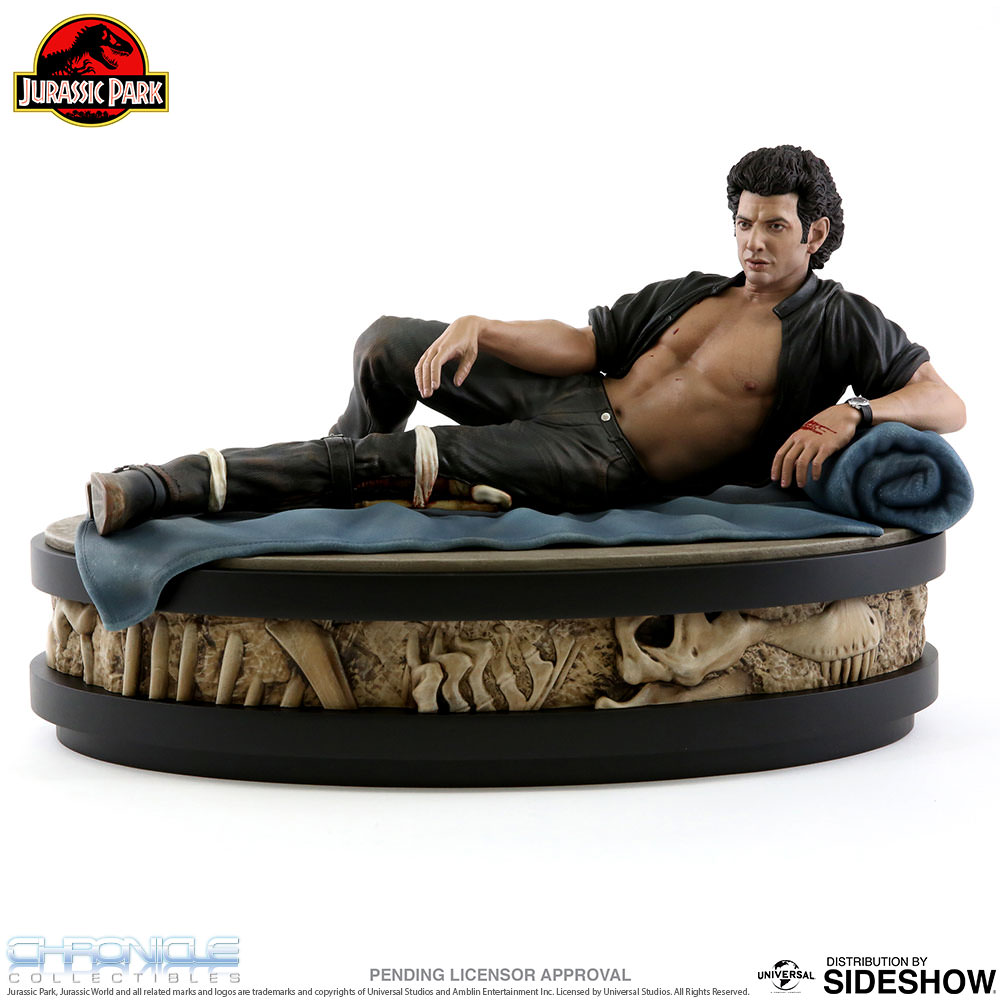 This amazing 1:4 scale Dr. Ian Malcolm statue also features a scene-specific circular base with a cutaway revealing a series of dinosaur fossils buried underneath. This base makes it the perfect companion to the 1:4 scale Dr. Alan Grant statue which also came from Sideshow recently, and has a similar base made from dinosaur bones. This will be the world’s first officially licensed, limited edition 1:4 scale statue based on this iconic Jurassic Park character. Made out of polyresin, the statue stands at a height of11.25″ (285.75 mm), and comes at a width of 18″ (457.2 mm) and a depth of 10.7″ (271.78 mm). 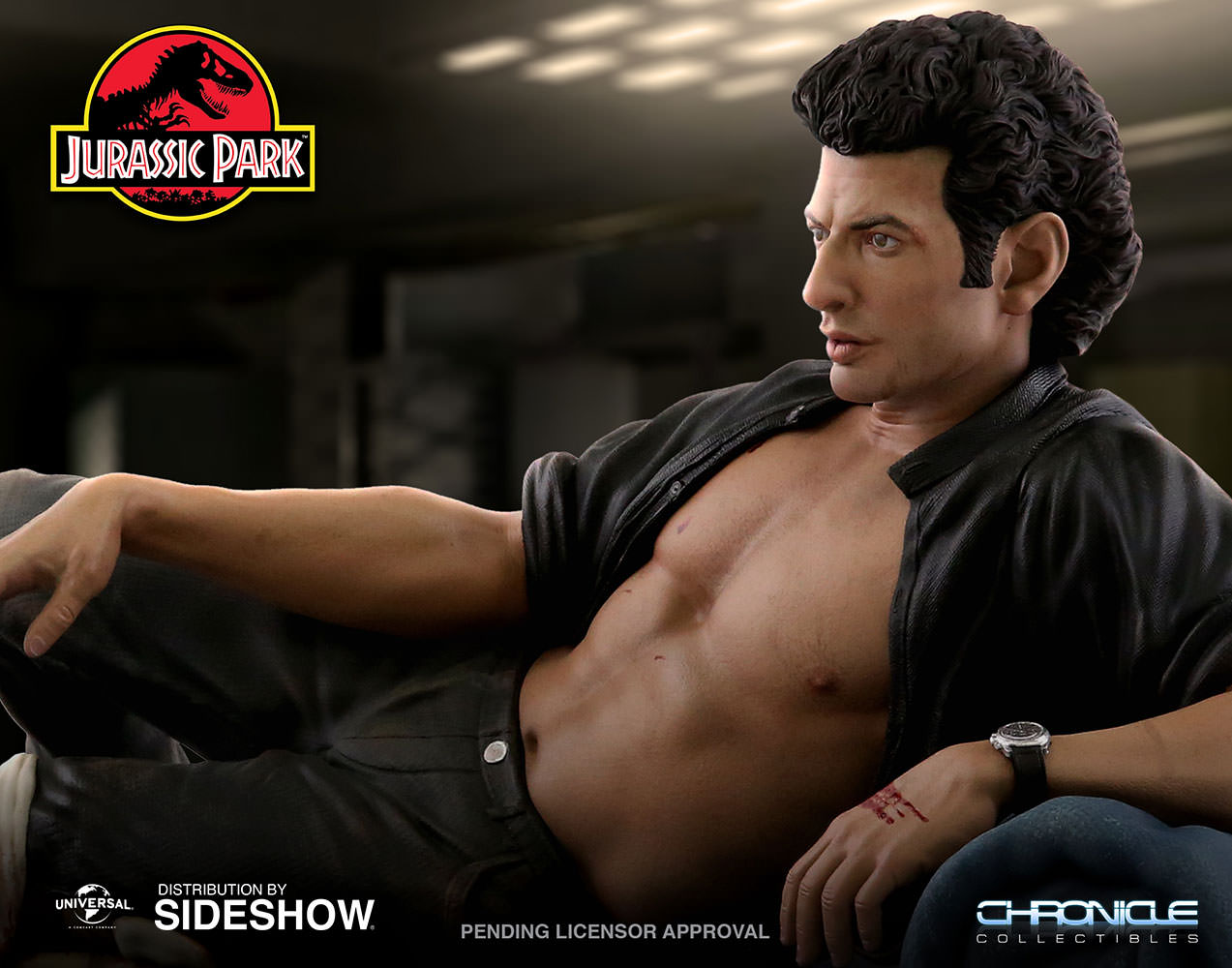 Jeff Goldblum is the snarky heart and soul of the Jurassic franchise, as his character of Ian Malcolm has continued to reoccur in the series over the past 25 years. He returned in a leading role for The Lost World: Jurassic Park, along with his daughter who could use her gymnastic skills against dinosaurs (it’s a thing).  He also came back for an extended cameo appearance in last year’s Jurassic World: Fallen Kingdom. Next year, he’ll reprise the role of Dr. Malcolm once again. Only this time, he will  reunite with his original co-stars Laura Dern and Sam Neill for the third installment of the Jurassic World films. You just can’t keep a good snarky mathematician down it seems. “Life finds a way,” and so does Jeff Goldblum.

This collector’s statue is now available for pre-order at the Sideshow Toys website. It’ll set you back some $599, but no true devotee of Mr. Goldblum is going to want to miss out on having this bad boy on display in their home or office. The statue is expected to ship between April and June of 2020.  You can see more images of the new statue down below. 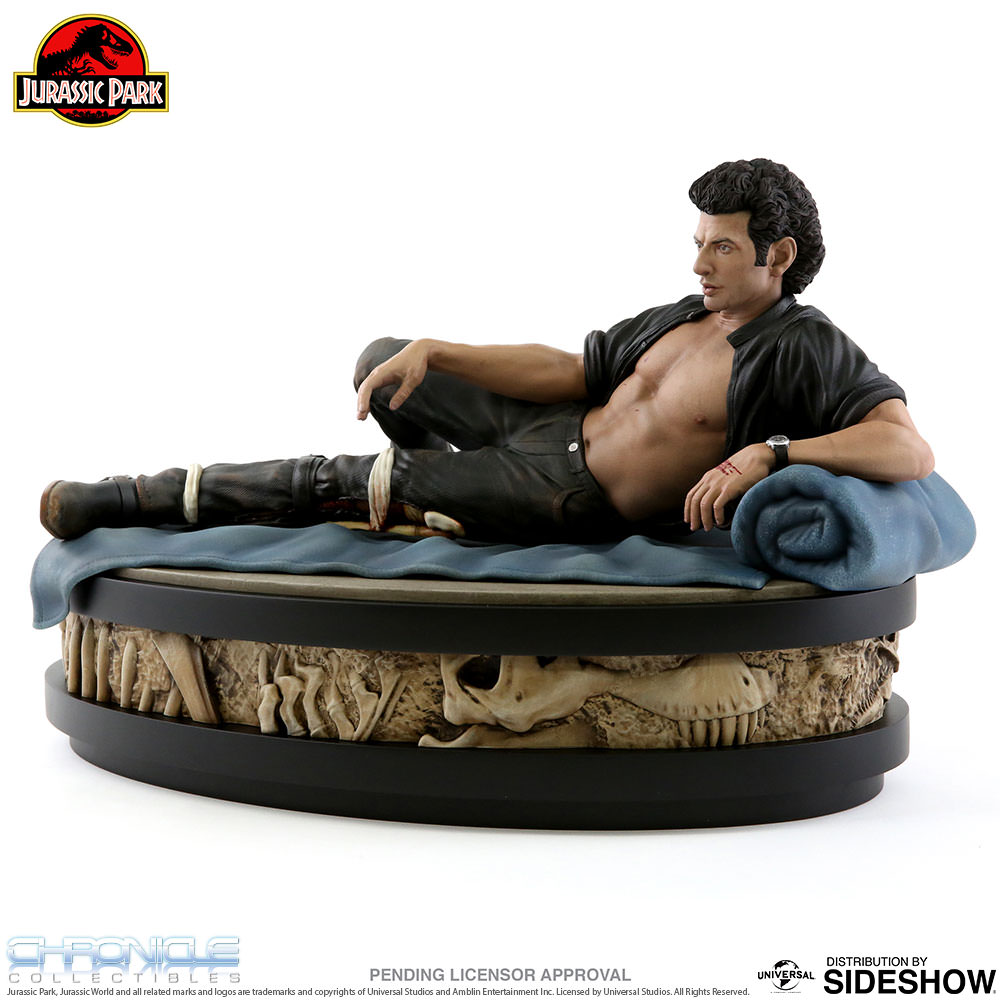 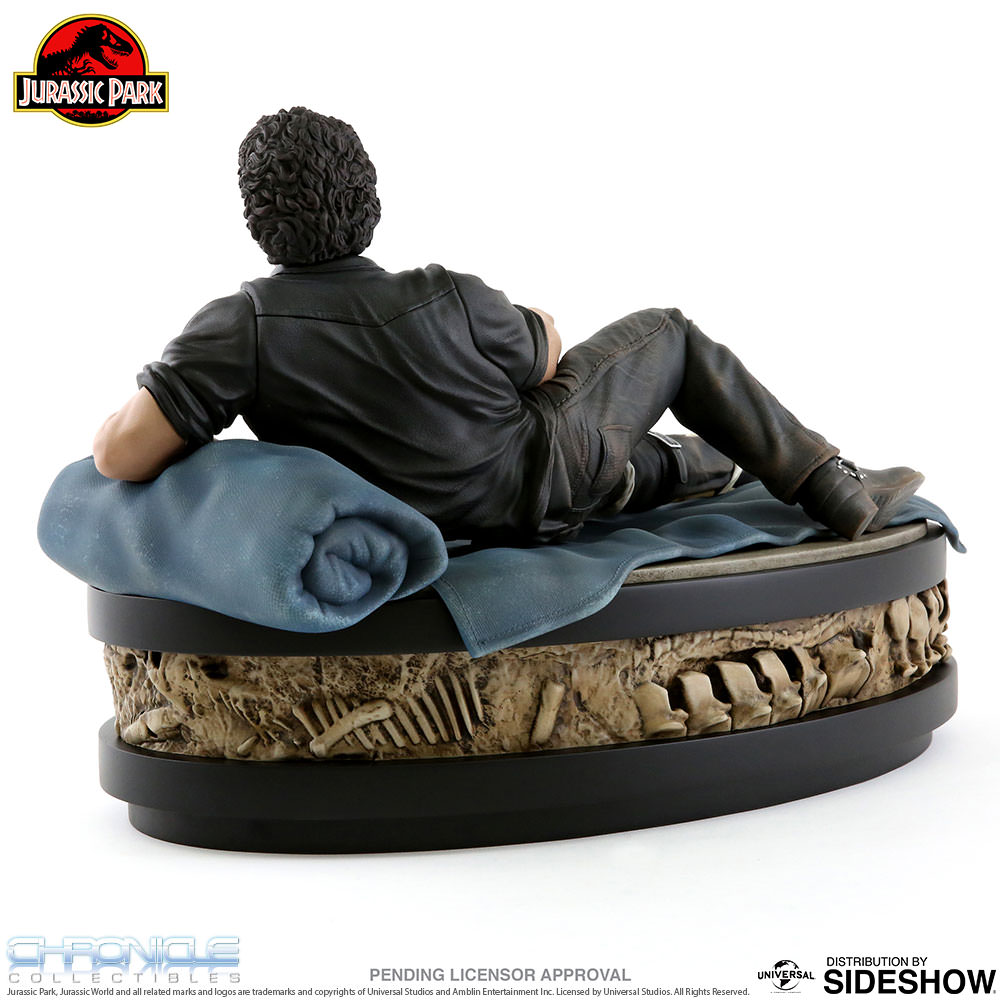