NASA’s Perseverance rover, which will search for signs of life on Mars, is set to land on the Red Planet on February 18 of this year. On that date, the rover will descend onto the Martian surface, hopefully intact, and ready itself to sniff out aliens—or at least microbes. The landing, however, will require a perfect ballet of flight maneuvers, and is, as the below video of the plan shows, itself an event worth looking forward to.

NASA’s Jet Propulsion Laboratory (JPL) posted the animation of Perseverance’s landing to its YouTube channel. Other animations of the landing have already been circulating, although this one is special; mostly because it’s in 4K and has ridiculously lifelike detail.

The video shows the key events that make up the rover’s entry into the Martian atmosphere, its descent, and its landing. The entire event, NASA says, will only take seven minutes. And will see the car-sized spacecraft slow down from 12,100 mph at atmospheric entry, to 2 mph upon landing. 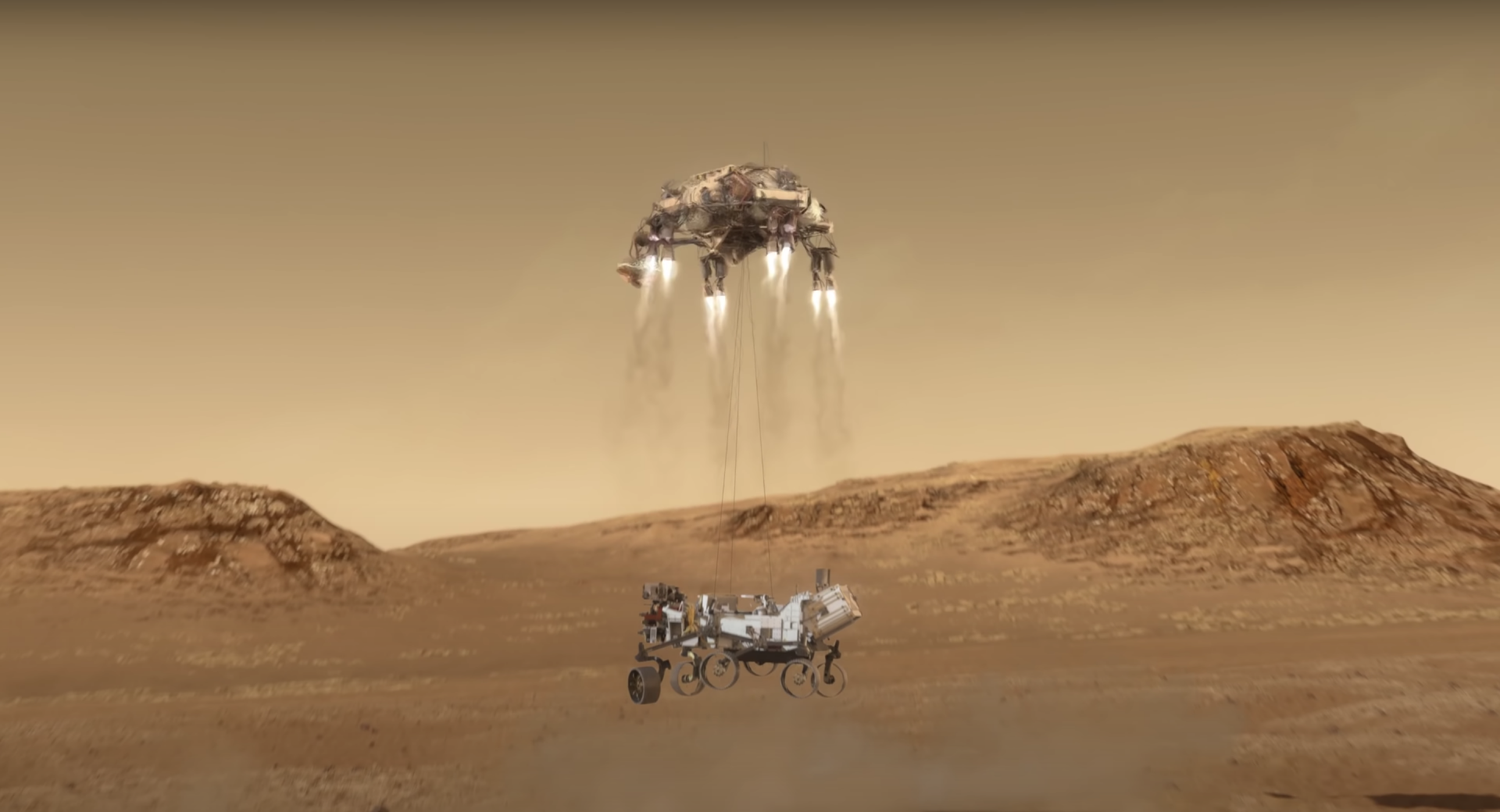 During the landing, the heat shield on Perseverance’s lander (everything but the rover itself), will rise to 3,800 degrees °F. The lander will then deploy the largest and strongest supersonic parachute ever built.

After the lander deploys the parachute, it’ll proceed to detach its heat shield like a camera’s lens cap. The lander will then initiate propulsive thrusters, and lower the rover to the ground via a tether. (NASA refers to this as the “skycrane” maneuver, and is necessary to avoid Martian dust engulfing the rover.)

For anyone who wants to make sure to witness the event in somewhat real time—dang you, speed of light limit!—NASA will be live streaming the landing on February 18. And even though watching the lander from this POV will obviously not be possible, first-person video of the landing should be available. That is, if everything goes to plan, and no surprise Martian Jawas show up looking for ship parts.