Could WANDAVISION’s Big Bad Be This FANTASTIC FOUR Villain? - Nerdist

Could WANDAVISION’s Big Bad Be This FANTASTIC FOUR Villain?

The latest episode of WandaVision pulled back the curtain. The woman we all knew as Agnes is actually Marvel’s powerful witch Agatha Harkness. And that’s got us thinking: she’s likely not alone. So who could be joining her in the MCU? Well, we’ve already covered the usual magical suspects. But in an older arc of Avengers West Coast, she gets entangled with a massive cosmic Fantastic Four villain who is already confirmed in the MCU.

Kang the Conqueror a.k.a. Immortus 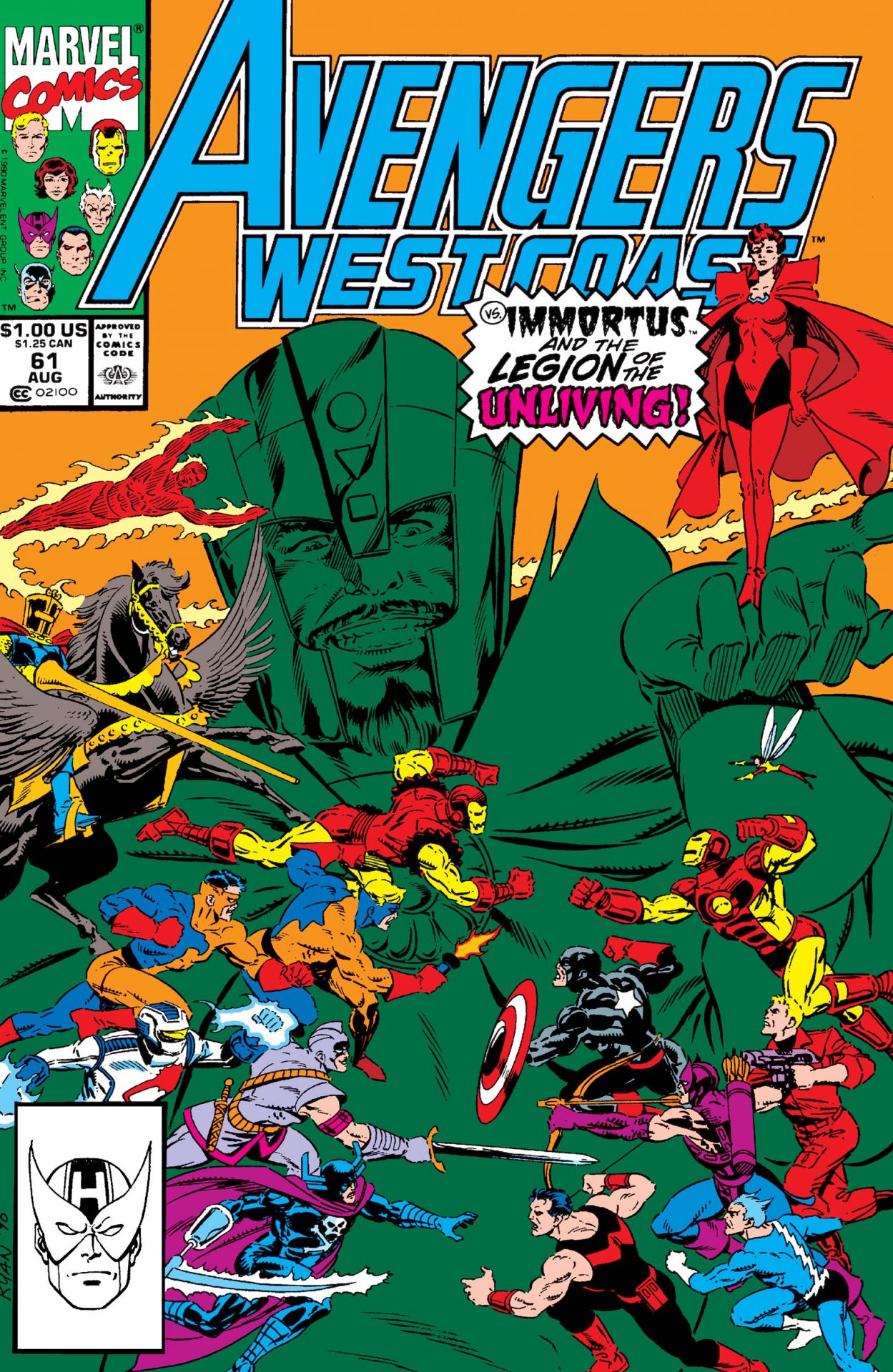 Kang the Conqueror has long been a dream addition to the Marvel movies. And we’ll soon see him come to screen, brought to life by Lovecraft Country‘s Jonathan Majors. It’s a perfect choice and we can’t wait to see it. But what if we don’t have to? What if instead of debuting in Ant-Man and the Wasp: Quantumania, Kang actually shows up in WandaVision? It might sound a little out there, but not when we put it in the context of Agatha.

Like pretty much every major Agatha story, it all begins with Wanda. During Avengers West Coast #60 by Roy and Dann Thomas, Paul Ryan, Danny Bulanadi, Bill Oakley, and Bob Sharen, Kang appears (using his future alter ego Immortus) and decides he’s going to marry Wanda. So he puts her in a trance to make her his queen. What a creep! While we definitely do not want to see Kang forcing anyone into marriage, it is likely that Wanda could attract another powerful being like Kang to Westview. And that’s before we get to his strange relationship with Agatha. But let’s not get ahead of ourselves.

Avengers West Coast could shape the future of the MCU 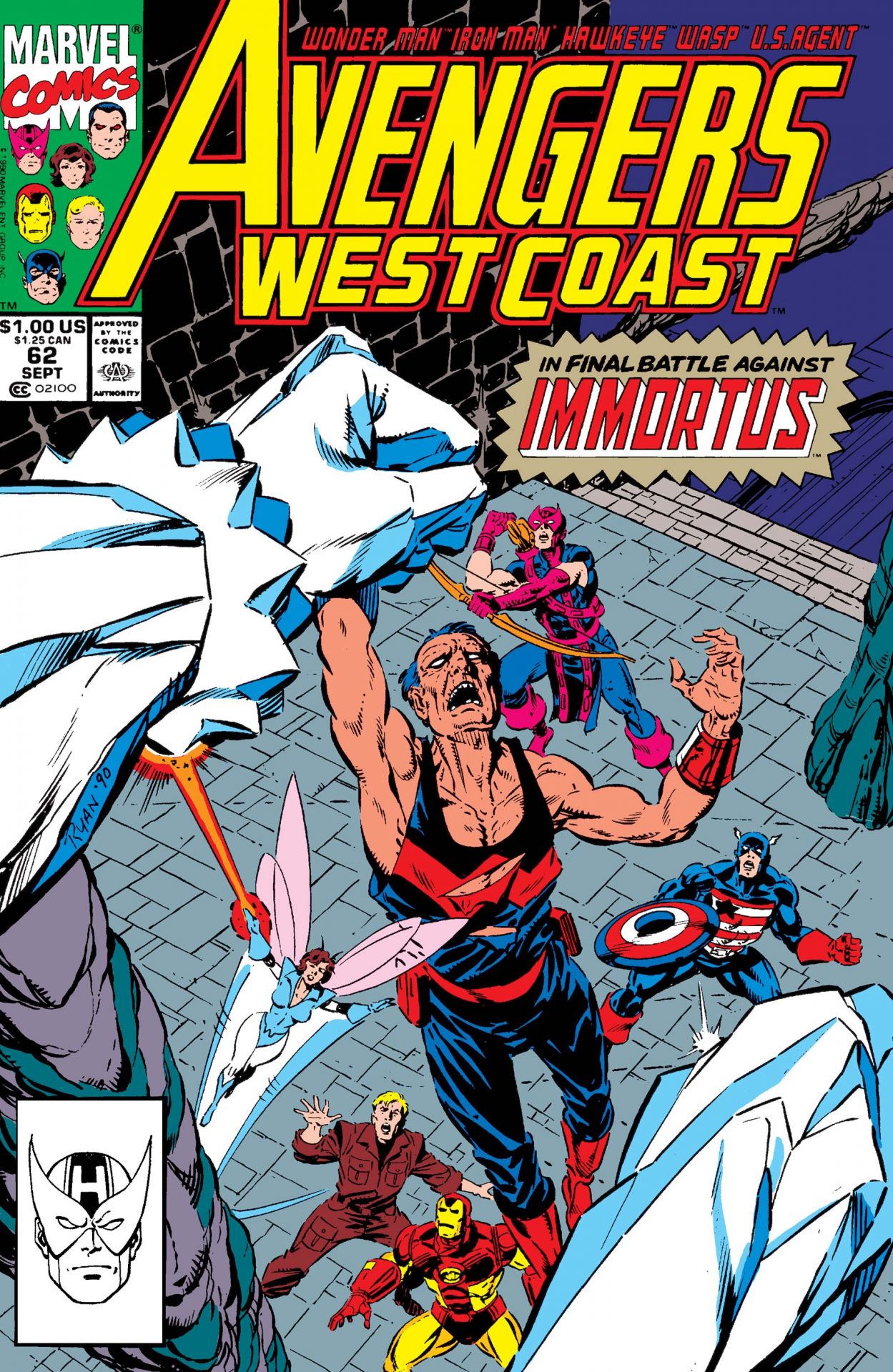 There are plenty of other clues that Avengers West Coast could influence Phase Four. Hawkeye, U.S. Agent, Pietro, Ant-Man, and the Wasp are all involved; in other words, all key characters that we know will play a part in the MCU going forward. They’re also joined by Simon Williams/Wonder Man, who’s been a recurring theory fave throughout our WandaVision coverage. And if you’re looking for a Thanos-level villain for the next phase, Kang fits the bill. As he says during this issue, he’s the Master of All Time. And there’s the fact that he’s the lord of his own realm, which in the multiverse is a big deal.

After the Avengers try to stop Immortus, he teleports them to Limbo. There, the team faces off against an evil crew of alt-universe heroes and villains like Arno Stark, the Grim Reaper— read more about him here—and the upcoming Hawkeye villain, the Swordsman. (You should read this issue! It’s great!) It’s not until around halfway through that things begin to come together. When Agatha reveals her hand, she also sets up a means to introduce Kang into WandaVision and the MCU. One which could also establish an Agatha who’s as complex and duplicitous as in the comics. 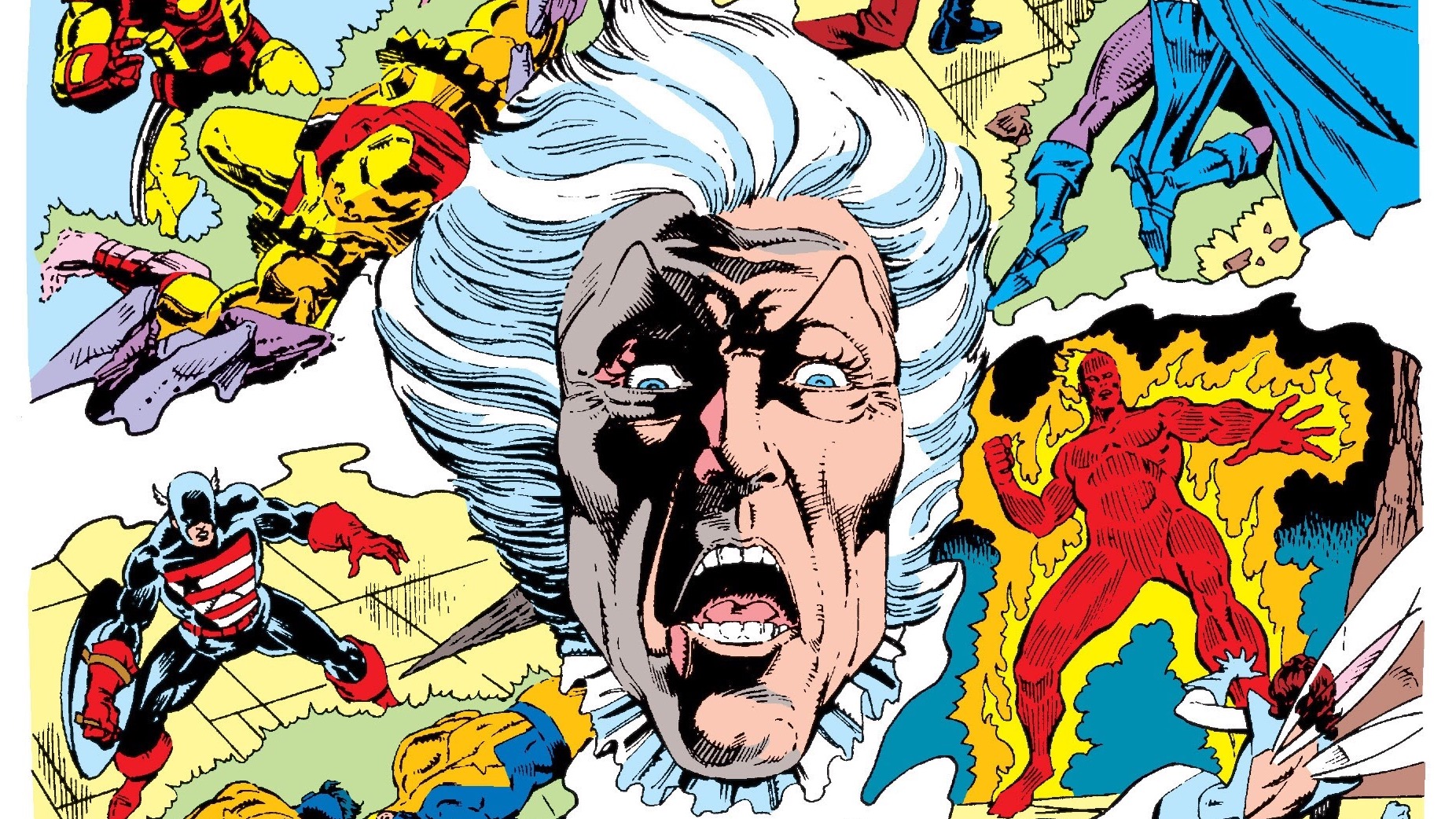 With the Avengers trapped in Limbo, Agatha calls on Immortus. Turns out she knew he was coming and concealed herself. So what drew Kang to Earth? Well, that would be Wanda. As Agatha puts it, “I half-sensed you behind Wanda’s misfortunes… Her increased powers… her growing alienation from humanity… even her objectively non-existent children.” So, basically, exactly the Wanda that we’ve seen in WandaVision. If the show wanted to, they could introduce Kang as the big bad who has been pulling the strings. But what would that mean for Agatha? Didn’t she just reveal she was behind it all? Well, at least the problems inside of the Hex. But we don’t know that she created it; going by the comics, she could have a surprisingly philanthropic reason for her nefarious behaviors!

While she’s interrogating Kang’s shadow—ah, comics—Agatha reveals the reason she welcomes him is because Earth’s timelines are beginning to unravel and someone needs to fix them to save the world. So she wants to see if Kang is the one to reset the universe. Luckily, she’s got him under her control, and ultimately gets to the truth. Kang wants the Scarlet Witch because she’s a “Nexus Being.”

Why does Kang want a Nexus being? 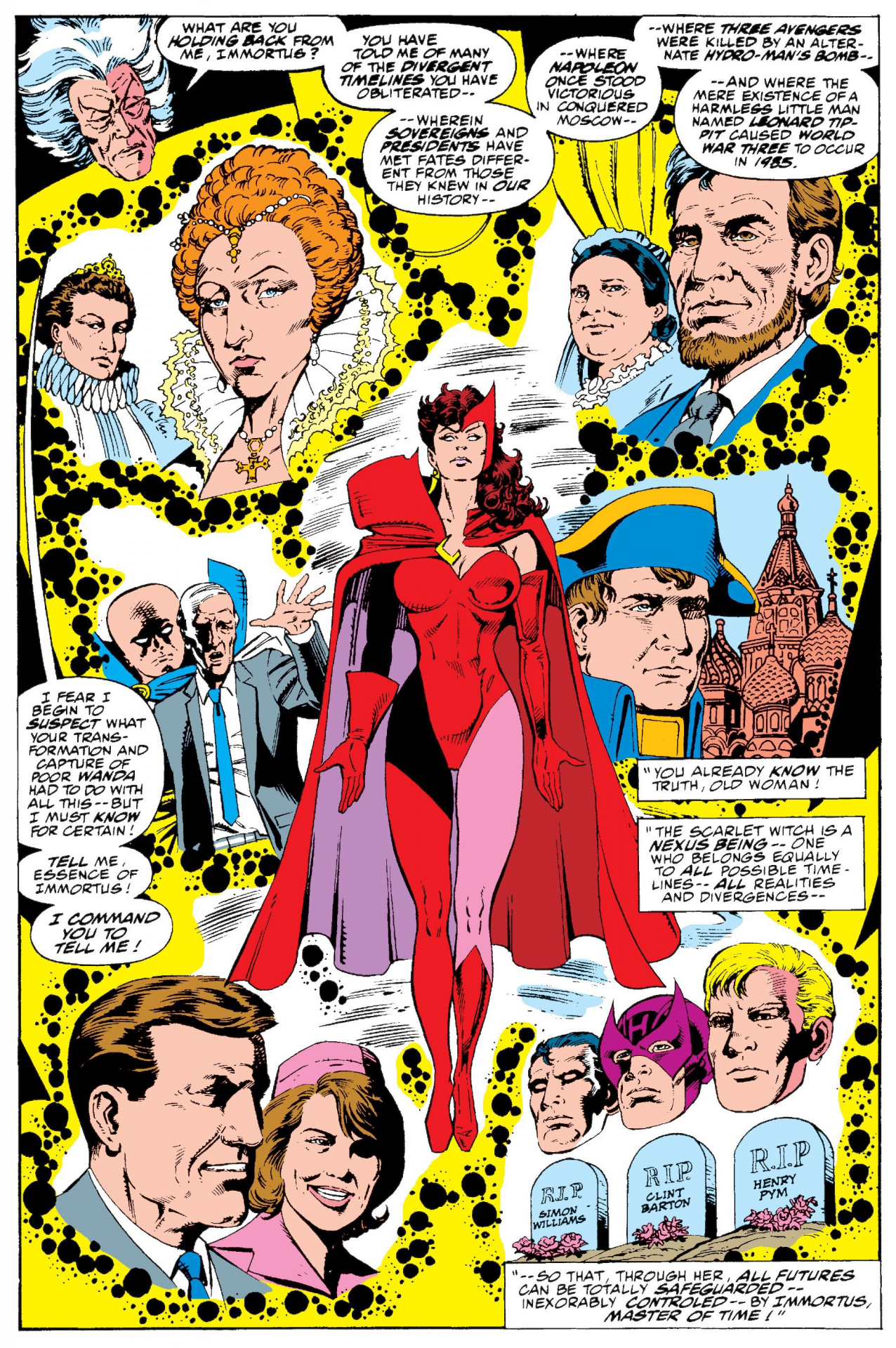 You likely remember the term “Nexus” from the episode seven commercial— which we break down here—so once again, things are lining up to make Kang a likely cameo. Kang explains that Wanda “belongs equally to all possible timelines, all realities and divergences.” He wishes to control her so he can truly become the master of all time… which sounds like a legitimate multiverse-driven motivation. Kang also reveals he has been behind every bad event in Wanda’s life. It was he who deceived the Vision of his android origins, who encouraged them to marry. He manipulated her into giving birth to her imaginary sons. This huge reveal would immediately set up Kang as a truly powerful and maniacal antagonist for the next phase of the MCU.

So what of Agnes? Well, despite her original plan to possibly let Kang fix the timelines, Agnes decides to help Wanda when she realizes that Wanda has been a pawn of Kang for years. Auntie Agatha finds Wanda in Limbo and encourages her to give up her powers in order to stop Kang. Wanda eventually explodes with power. It drains her superpowers and, as Immortus puts it, it’s an act that has “doomed the entire multiverse!” That certainly sounds like a great way to set up the Multiverse of Madness and the post-WandaVision MCU.

As the issue ends, we leave Immortus trapped as a vessel for Wanda’s powers by the mythical Time-Keepers. That probably won’t happen but there are some statues in the Loki trailer which look an awful lot like the alien beings. So maybe the Time-Keepers and Kang are headed to Disney+ after all. Either way, this storyline feels like a very fitting way to end WandaVision and to introduce the world of the Fantastic Four. Many fans have been asking which villain could follow Thanos, but in Immortus and Kang, WandaVision might have just found him…