LOVECRAFT COUNTRY Leaves Colorism Out of Its Equation - Nerdist

LOVECRAFT COUNTRY Leaves Colorism Out of Its Equation

In the penultimate episode of Lovecraft Country, Tic, Montrose, and Letitia “Leti” Lewis go back to the night of the Tulsa Race Massacre to retrieve the Book of Names from Tic’s family before it’s lost. Leti successfully convinces Tic’s great-grandmother Hattie to give her the book while an inferno envelops the home they are in.

Leti, who has the power of invulnerability, watches Hattie’s skin melt off of her bones before her charred remains collapse into ashes. Everyone who dies in the house is darker than a paper bag but Leti, the only light-skinned person, has protection from the flame. This “Rewind 1921” scene puts Lovecraft Country’s colorism problem into sharper focus.

Merriam-Webster defines colorism as “prejudice or discrimination especially within a racial or ethnic group favoring people with lighter skin over those with darker skin.” This implicit bias against darker skin starts in childhood, as evidenced in the doll test. Research has linked darker skin with fewer job opportunities, lower income, lower marriage rates, heavier sentencing, and longer prison terms.

For Black women, colorism compounds misogynoir—the unique anti-Black misogyny that Black women experience. Leti is a light-skinned Black woman who may have a white father. Both of her siblings, including her sister Ruby, have darker skin. And almost everyone around Leti, including Tic, Montrose, and Hippolyta, are all darker than her. Leti’s invulnerability is a double entendre that the show doesn’t address. 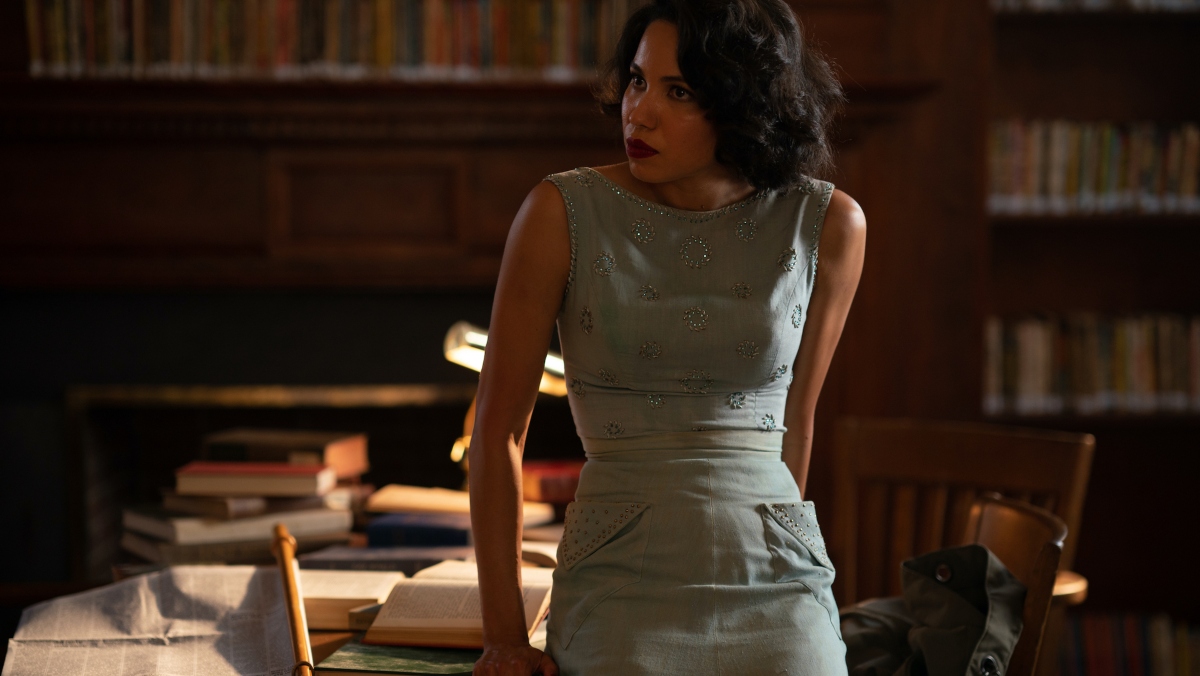 At a roundtable interview prior to the show’s premiere, I asked actress Jurnee Smollett how she felt being fairer-skinned influenced Leti’s relationship within her own family and the general story.

“Colorism is real and I think it’s the unspoken that is explored. I think in that time, in that era, the layers were deep, man. We’re still dealing with it on certain levels, but I think as you see so beautifully explored with Ruby, what it means, this melanin or lack thereof, it’s all an illusion that we, as human beings have created. This caste system we created is an illusion. In my opinion, God don’t see us differently.

We’re all flesh and blood. We’re all human beings. And yet we, as human beings have created this really oppressive system that ranks people. And so I think in approaching Leti, more so with Leti, what was important to explore for me was how she’s fighting both the patriarchy and white supremacy. She Black and she’s female. So it’s the same systemic racism that she’s fighting against as well.”

An opportunity for discourse

Smollett’s answer didn’t bother me at the time. I expected conversations about colorism to happen organically over the course of the season. I trusted that the creators were deliberate with their casting choice and would explicitly engage with the topic. Early on, I theorized that Leti might have connections to the Order of Ancient Dawn through her white parentage. Maybe the colorism conversation might come hand-in-hand with a late-season reveal of that fact. 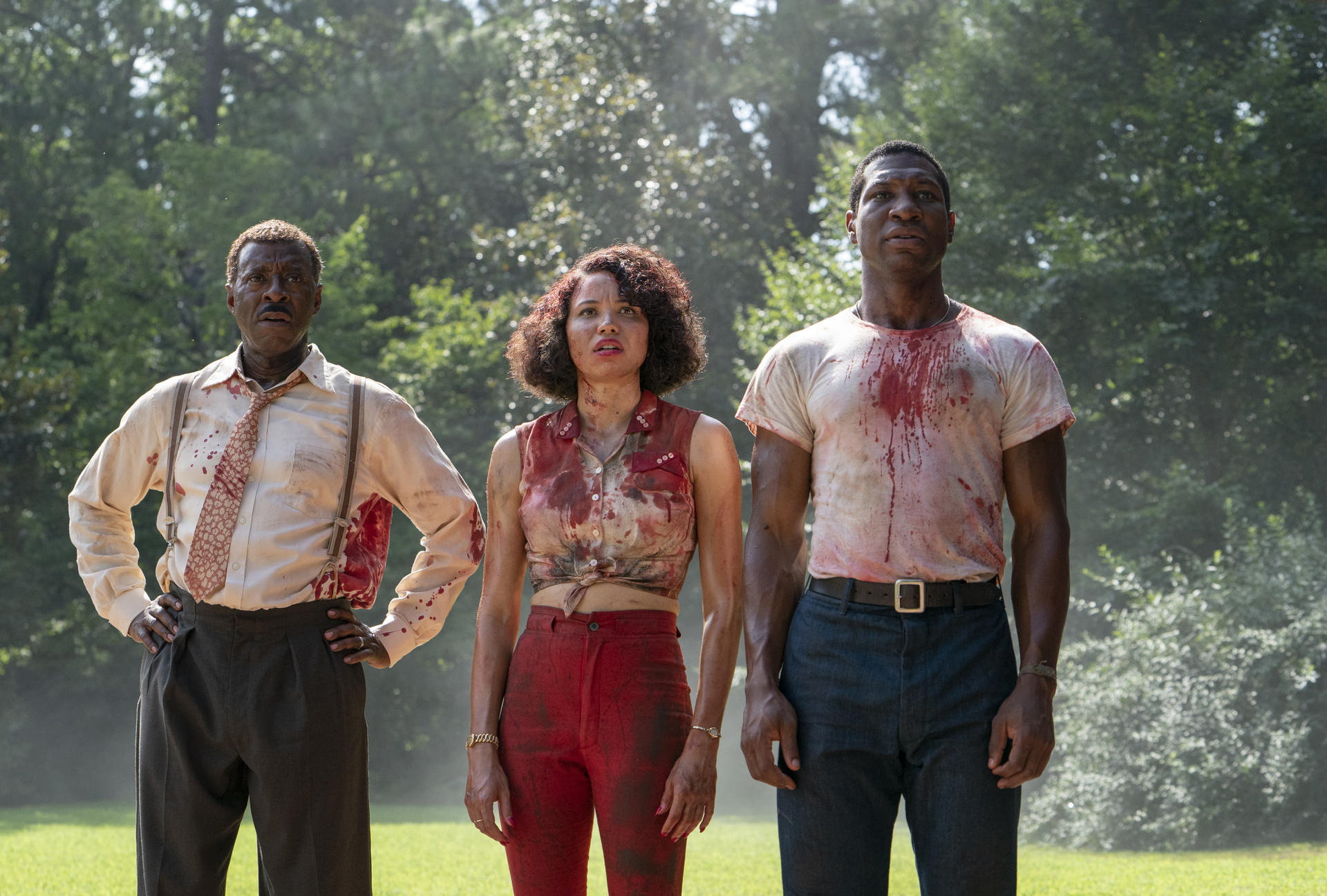 I thought the show may explore “passing,” a Black person blending into whiteness, with Leti. Or, at the very least, acknowledge that she might be able to gain access to spaces that Tic, Ruby, and Montrose might not. Because, in reality, Leti’s lighter skin would place her in a different social space than all of her counterparts. So I held off on criticism of the choice not to address Leti’s skin color, hoping that time would be spent unraveling her history and unpacking her particular privilege. But Lovecraft Country‘s first season does not fully acknowledge her privileges due to her proximity to whiteness.

For example, Leti is not uncomfortable in predominantly white spaces, where every other character visibly is. In “Whitey’s On The Moon” Leti very casually rings for the butler at Ardham Lodge. This baffles Tic as well as George who, like Leti, doesn’t remember the previous night’s events. She isn’t self-conscious about being in a strange place with even stranger, and likely dangerous, white folks.

In “Holy Ghost,” Leti buys a house in a white neighborhood, confident about “strength in numbers,” despite Ruby’s reluctance. When she’s in the police transport after smashing up her neighbors’ cars, Captain Lancaster talks about her extensive record. This indicates multiple clashes with authorities that didn’t result in long-term incarceration. This might speak to a leniency due to her lighter complexion.

It started to become clear that colorism wasn’t a subject the show would spend time on. And after “Strange Case,” I had to accept that the writers wouldn’t examine Leti’s privilege, especially in relation to Ruby. Ruby is not only dark-skinned but also full-figured, which introduces another layer of bias against her. Ruby’s entire arc revolves around gaining access to spaces that are denied her because of that. 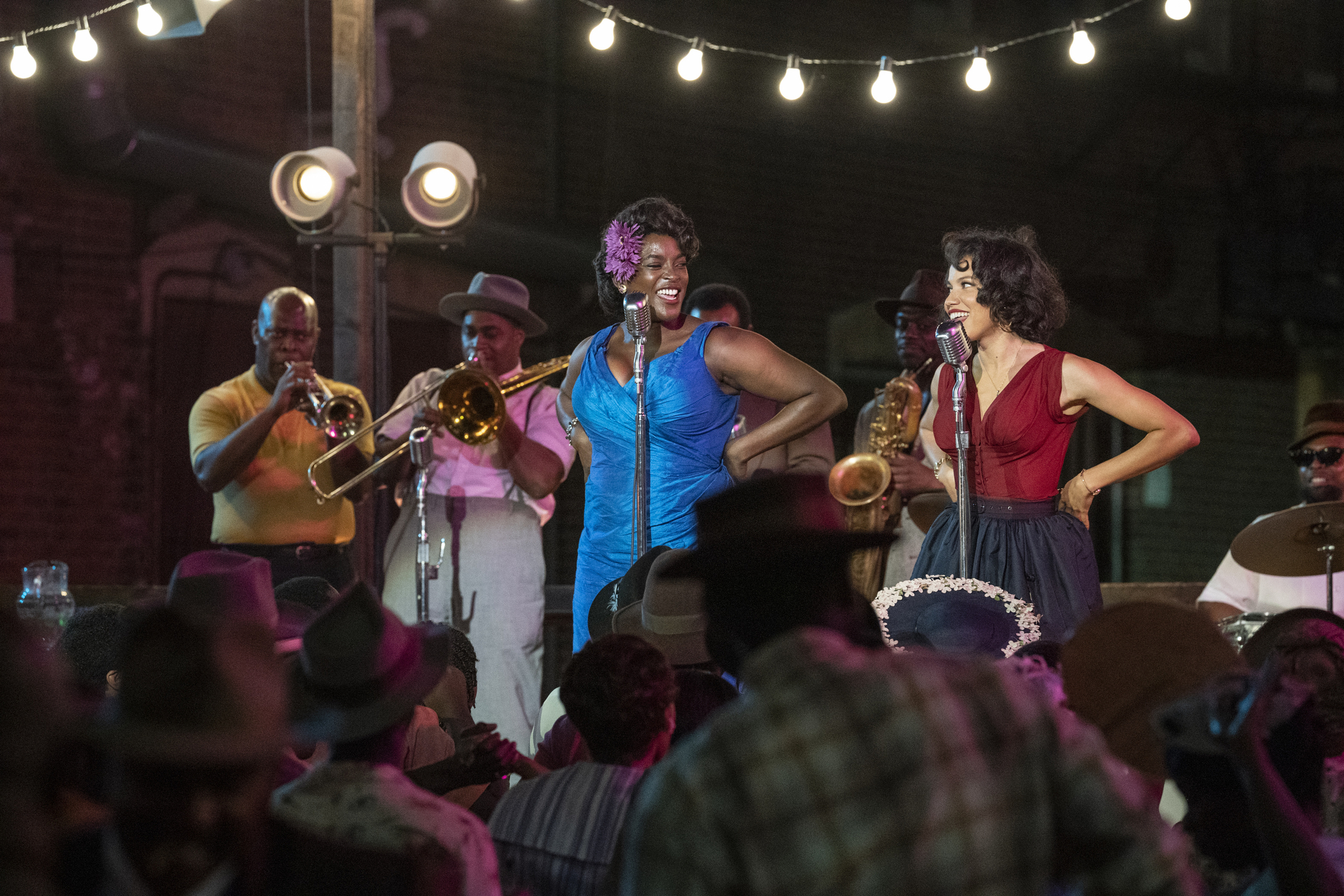 Ruby is acutely aware of the white gaze when she’s walking around Marshall Fields because her body is always under surveillance. This leads her to take Christina’s magical potion to temporarily become a white woman through a grotesque transformation. It’s certainly different and more invasive than Leti’s power of invulnerability from Christina.

Ruby and Leti have a fractured relationship; however, the dialogue frames it as Leti being too much like their selfish and flighty mom. The fact that Leti benefits from colorism is never explored as a potential reason for Ruby’s resentment, even though it is apt. There is no examination in any way that suggests the writers, or the characters, recognize colorism’s existence. For a story so entrenched in the violence of racism and sexism, failing to address colorism is an egregious omission that undermines the show’s insistence on fully exploring Blackness in an anti-Black society.

In the season finale, Leti asks for Ruby’s help to get pieces of Christina’s body they’ll need for their spell. Ruby outright refuses, reminding Leti of their one-sided relationship. When Ruby joins Tic, Leti, Montrose, Hippolyta, Ji-ah, and Diana on their trip to Ardham, it is actually Christina under the metamorphosis spell. Christina caught Ruby trying to steal the potion, so she is, at minimum, in a coma in Christina’s basement. The finale fridges Ruby and we don’t even get to see how she goes out.

The show also sidelines Hippolyta to make room for Ji-ah. Hippolyta has lived numerous lives and learned many things so surely she has more to offer than stating the obvious. One could fairly argue that Leti and Ji-ah are highlighted because of their relationship to Tic. But the optics of two light-skinned women being the heroes while their darker counterparts play a lesser role deserves interrogation. 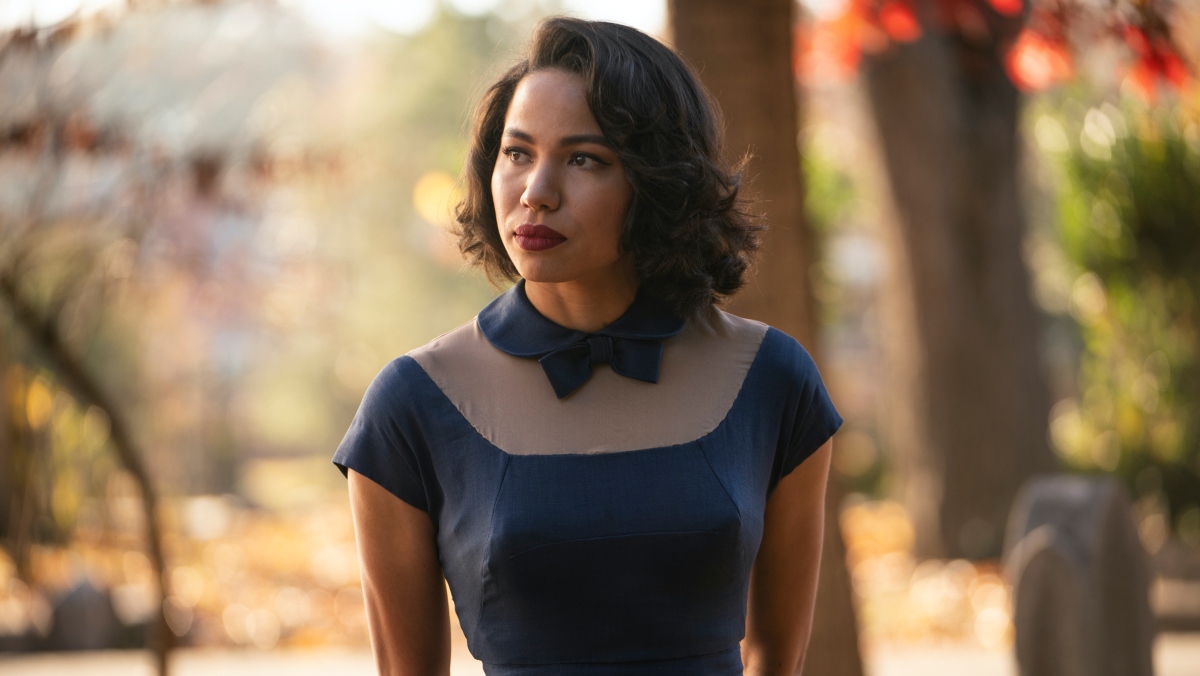 Now that season one of Lovecraft Country has come to a close, I am left disappointed that Leti’s light-skin privilege is not acknowledged and therefore not interrogated. This series prides itself on naming everyday racial injustices but overlooking how colorism affects the Black community as a whole, and how it would deeply impact the characters we spend time with every week, is a major failing.

Lovecraft Country calling a thing what it is like they do with all the other racist micro and macro aggressions is necessary. It’s easy to deny that light-skinned Black folks can still experience racism while benefitting from colorism. The absence of discourse around colorism is not only a disservice to the story and the characters, it is also a profoundly disappointing dismissal of the experiences of real Black people.