Ahead of its release on Disney+, WandaVision has already left quite an impression. The first of Marvel’s forthcoming array of original series deviates significantly from everything we’ve seen thus far in the MCU. Trailers have suggested that WandaVision will commit to the aesthetics of classic American sitcoms. This clip from the series’ premiere episode showcases just that.

The minute-long video places us in the kitchen of the suburban “Vision residence,” where everything appears squeaky clean and black-and-white. Vision sports a suit and appropriately adorned tie, while Wanda wears a vintage hairstyle and housedress. (Plus an apron that she admits is “a bit much.”)

Visuals aside, the scene rings true to sitcoms of the early 1960s. The happy couple trade cheeky but tender barbs à la the likes of Rob and Laura Petrie of The Dick Van Dyke Show, all while trying to remember the significance of the date in question. It’s this seemingly benign conundrum that kicks off their “adventures” for the 22 minutes to follow. Nothing of the sort they’ve dealt with on the big screen; rather, it looks to be a calamity more properly befitting the Ricardos or the Kramdens.

But that’s what’s so fascinating about WandaVision: the transference of one immediately recognizable concept (the Marvel superhero) into the realm of another (the ’60s sitcom). As teased in previous promo material, the natural state of Wanda and Vision will inevitably bleed into their lives in TV land, forcing a reckoning that we’re excited to witness. 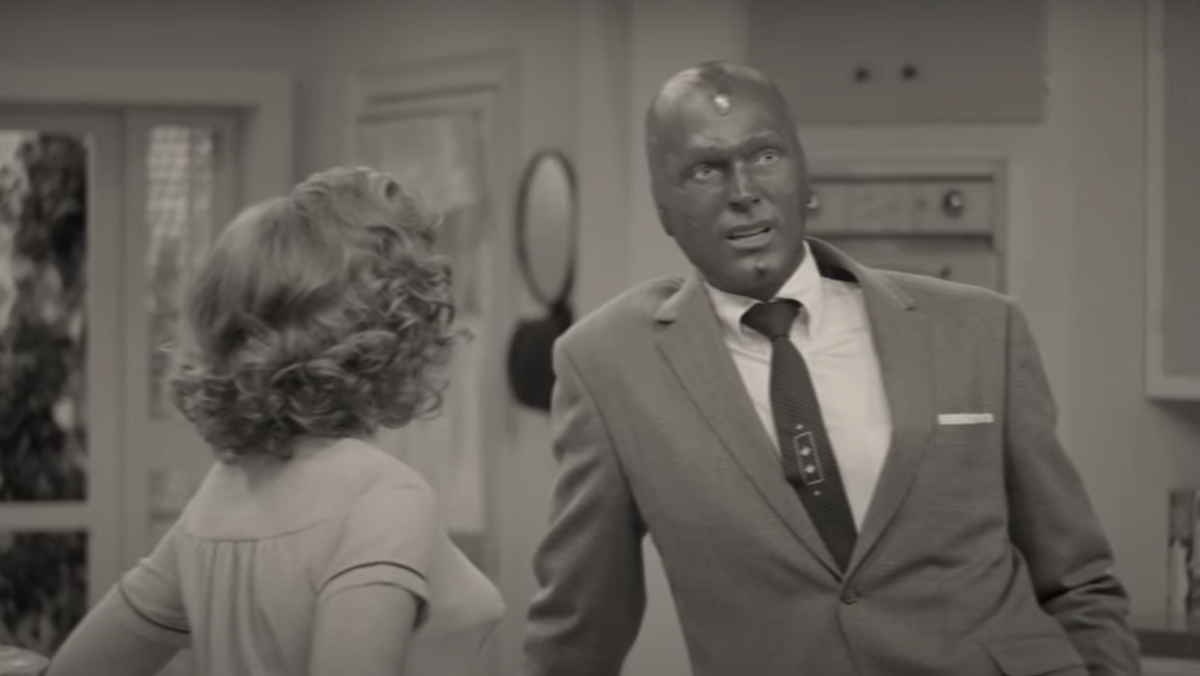 And the meantime should be a delight in its own right. As Wanda and Vision proceed through the eras of American comedy television, they’ll face more and more out-of-time tropes. As TV became livelier and more adventurous in the ’70s, ’80s, and ’90s, so too should WandaVision.